Upper Deck
by Jay Cochran
March 10, 2009
Tommy Baxter, a 36-year-old trading card collector from Little Rock, Arkansas, is the first person in the world to accomplish what many thought was insurmountable: piecing together Upper Deck's gigantic, 6,661-card Yankee Stadium Legacy (YSL) Collection! Baxter seized the opportunity to become the first collector to complete Upper Deck's enormous insert set, which pays tribute to every Yankees home game ever played at the historic venue since its doors opened April 18, 1923.

"I've put together plenty of Upper Deck sets, so I figured this was just one more," said Baxter, whose 11-year-old daughter, Madeleine, helped him sort and collate the thousands of cards. "I really didn't take it seriously at first, but once I got through that first series of inserts, I knew I had to finish it."

The first series of inserts appeared in Upper Deck's 2008 Series One Baseball set, which released on February 5. The cards fell at a ratio, on average, of one in every four packs. Within two weeks he had collected 200 of the YSL cards. Nine more Upper Deck baseball trading card products were released over the course of 2008 that each contained various YSL cards from the set. Baxter's feat is a study in patience and persistence. It also proved to be an expensive pursuit.

"I would estimate I spent a little more than $15,000 putting it together," said Baxter. "I remember it was a Thursday, since those were the days we'd collate the cards. Madeleine would go through and sort the cards every week. That night we knew we had this thing licked."

He was recording each of the YSL cards online at a special website Upper Deck debuted early in 2008 entitled www.ownthelegacy.com. He was watching his numbers climb almost every day, but card No. 4,272 - featuring Ron Guidry - was nowhere to be found. But where there's a will, there's a way. Inside of October's final week, Baxter received the card from collectors in New Jersey and Florida. "I couldn't find that card for seven months and then I got four of them within a week," he said.

Once he completed the set, he packaged up his work and shipped it off to Upper Deck headquarters in Carlsbad, California, for verification. "All the cards are in," said Chris Carlin, Upper Deck's hobby marketing manager. "Tommy's the first person to complete the set, so we're ecstatic and very happy for him and Madeleine."

Baxter's prize for completing the set is multi-tiered. He and his daughter will receive an all-expense-paid trip to New York City in the spring at which time they will take in a Yankees game at the new venue and meet Yankees Captain Derek Jeter. In addition, since 2008 marked the final MLB season in the old stadium, Baxter will receive 81 additional YSL cards chronicling the last campaign which brings the grand total of games played (and card produced) to 6,742.

"You know, I was never really been a big Yankees fan, but I did always admire Don Mattingly," said Baxter. "I liked his work ethic and I guess I always had a penchant for guys who could hit over .300 every year."

Upper Deck has recognized Baxter's feat by producing a special "Historic First" insert card of Tommy and his YSL cards that will be part of the company's fast-approaching 2009 Upper Deck Series 1 Baseball release. The product is scheduled to reach store shelves on Feb. 3, 2009.
Image 1 of 2 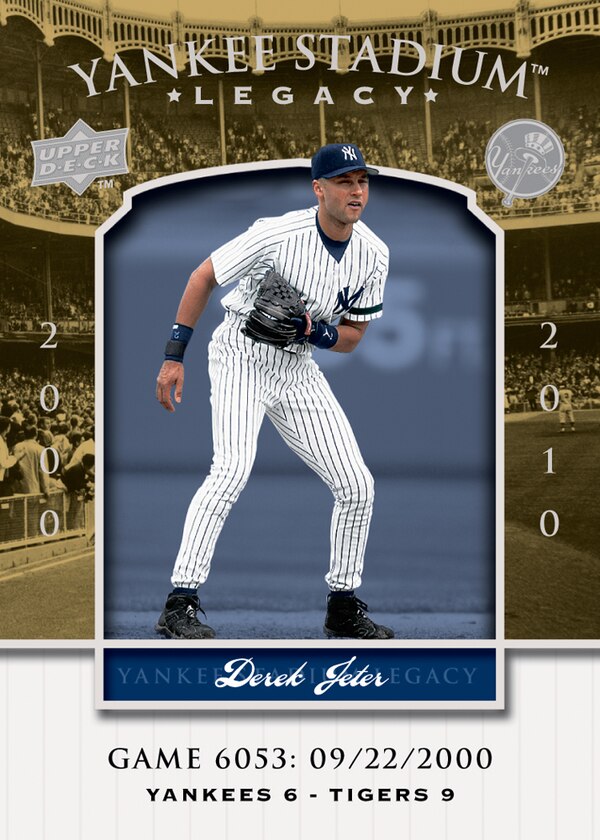 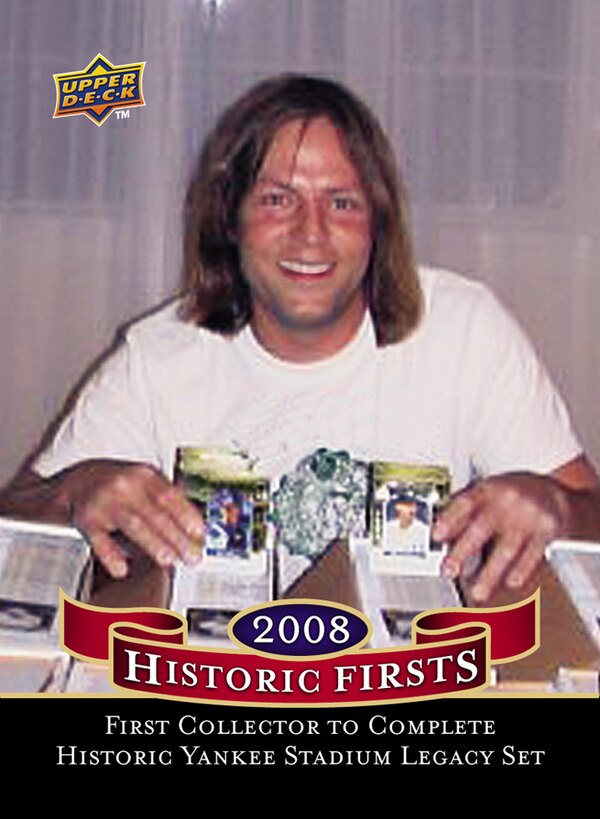