Super 7
by Jay Cochran
November 22, 2021
Super7 today has revealed their 5th wave of Ultimates ThunderCats figures which includes Evil Lion-O, Bengali, Vultureman and Hammerhead. These are up for pre-order now on Super7's website and will be available everywhere that sells Ultimates by 3pm ET including our sponsor BigBadToyStore.com.

Originally based on info I had seen there was also going to be a fifth figure and vehicle released in this wave but looks like was held back and not listed today. I guessing it was what was causing the delays for this wave from being revealed and put up for pre-order for the last week or so.

Here is how the wave breaks down:

ThunderCats ULTIMATES! Wave 5 - Lion-O [Mirror]
“It has my strength. My cunning. It is my equal in every way!” Lion-O finds out the hard way that an evil mirror image of himself might be his toughest opponent yet! This 7” scale fully articulated ThunderCats ULTIMATES! figure of the mirror Lion-O comes with the tell-tale red costume, along with interchangeable heads & hands as well as multiple accessories, including two different Swords of Omens and four different Claw Shields! With all-new tooling, Mirror Lion-O features pinless elbows and knees. We’re often our own worst enemies, but in Lion-O’s case that’s definitely literally true! You’re not seeing double, but you will want to see the ThunderCats ULTIMATES! Lion-O (Mirror) figure reflected in your collection!

ThunderCats ULTIMATES! Wave 5 - Vultureman
Most of the Mutants are not exactly the brightest bulbs, but Vultureman is the exception and he knows it. An opportunist to the core, he won't hesitate to pursue his own ends at the expense of his dim-witted, unappreciative cohorts. This 7” scale fully articulated ThunderCats ULTIMATES! figure of Vultureman features premium decoration, interchangeable heads & hands as well as a veritable tool kit of accessories! Vultureman definitely thinks he’d probably be better off alone, but once you see the ThunderCats ULTIMATES! Vultureman figure you’re going to want to thwart his dream and add him to your collection. 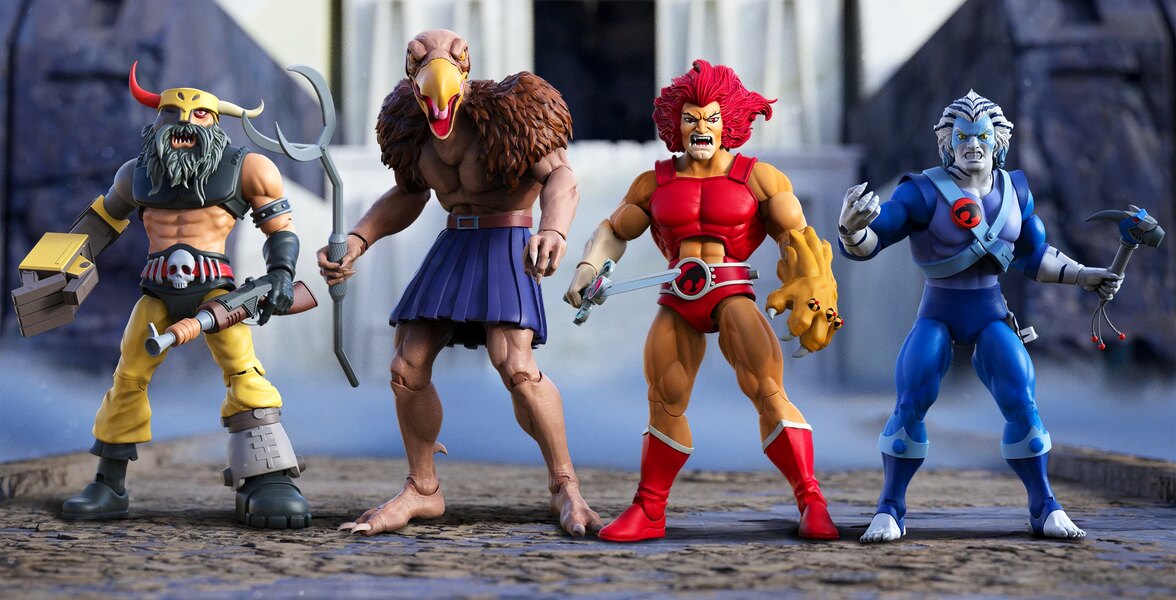 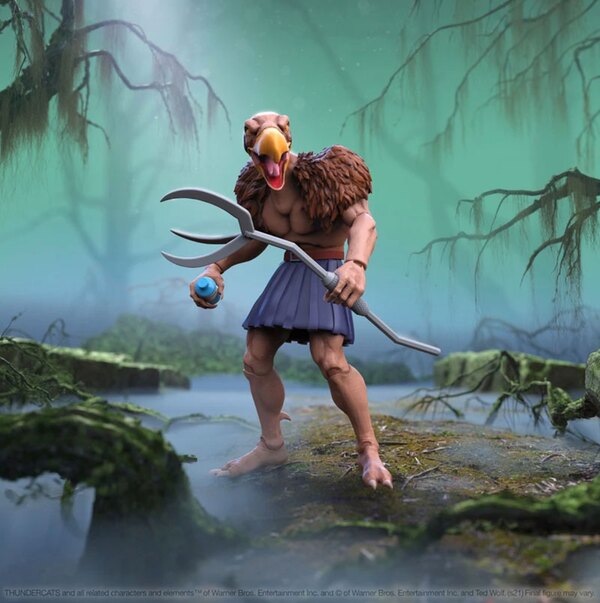 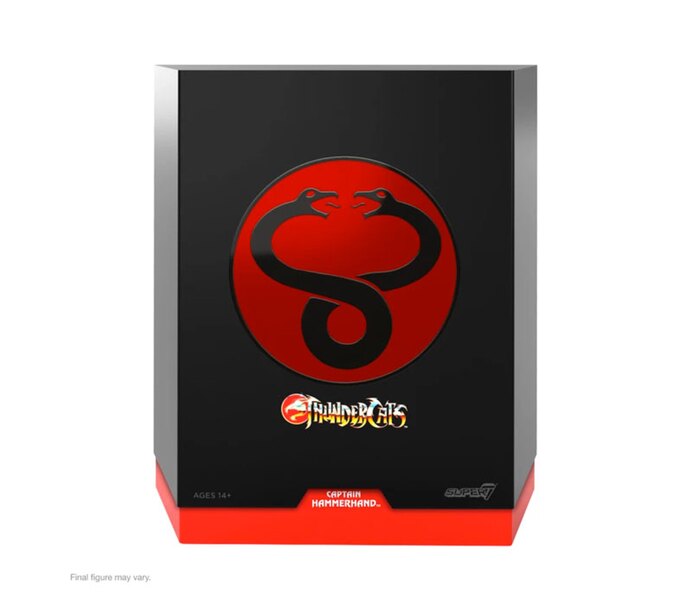 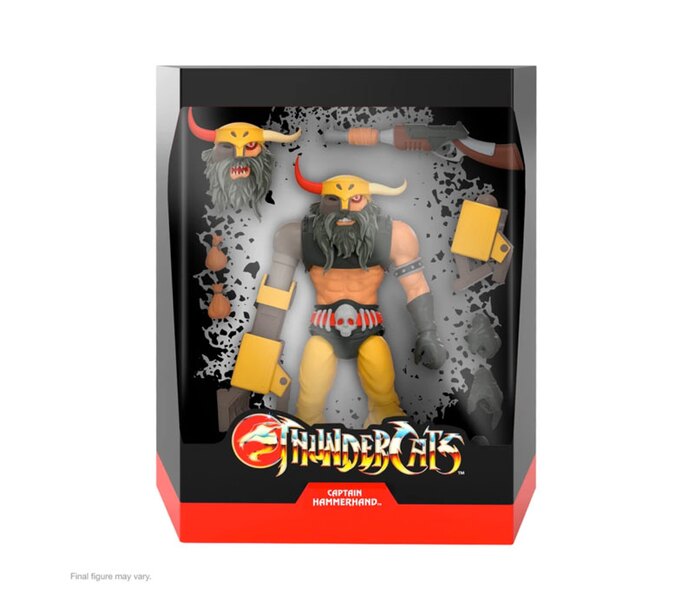 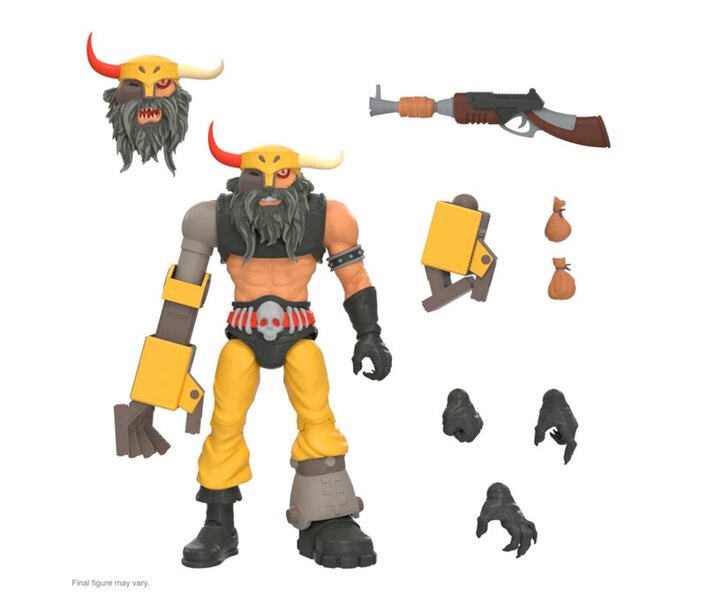 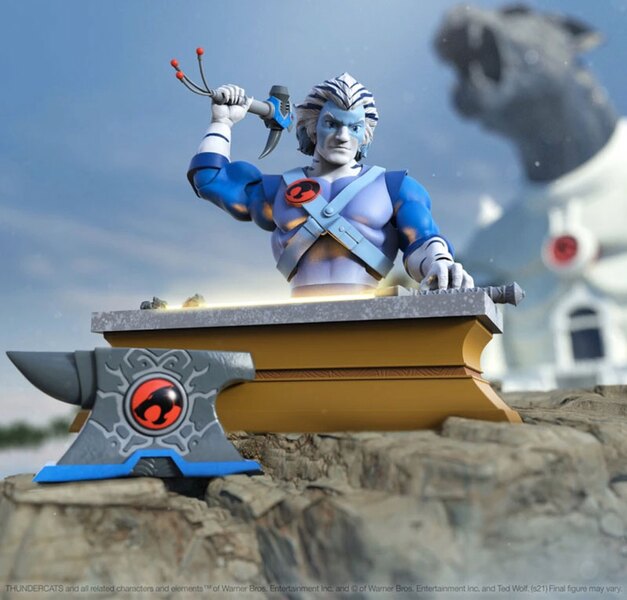 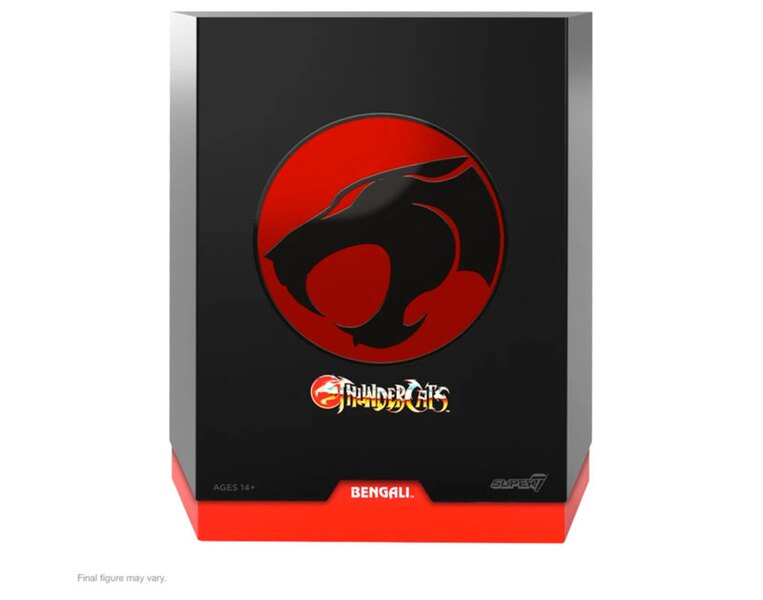 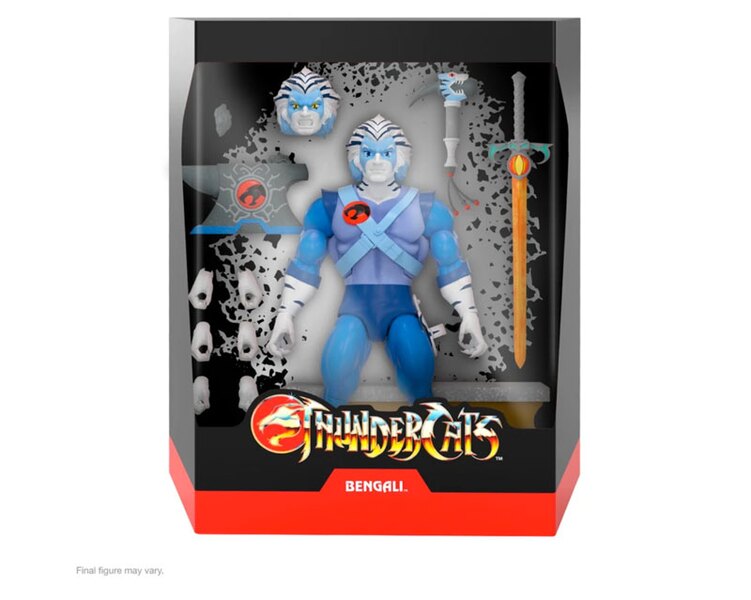 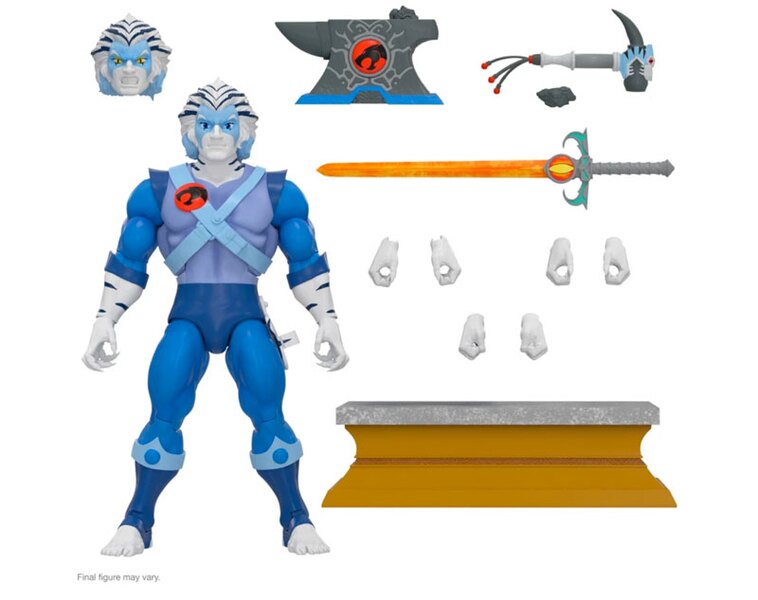 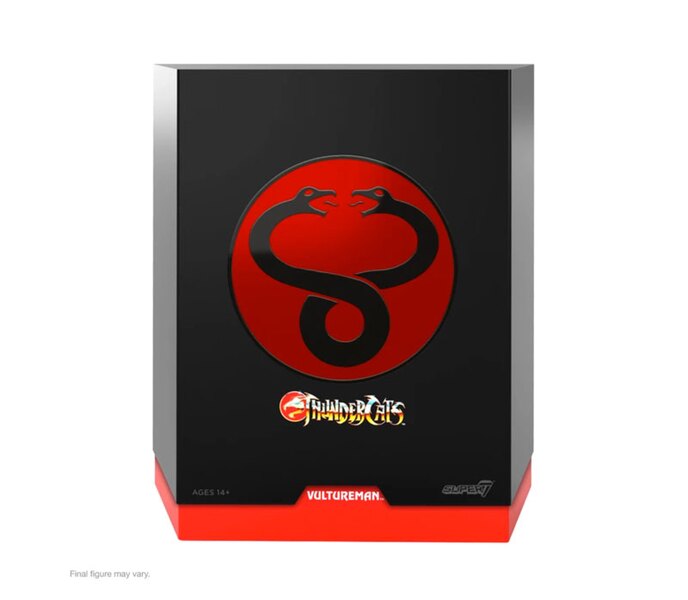 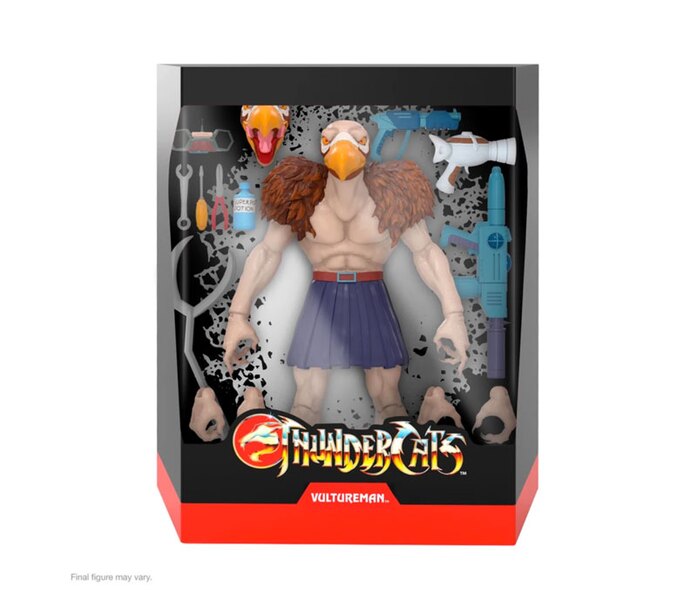 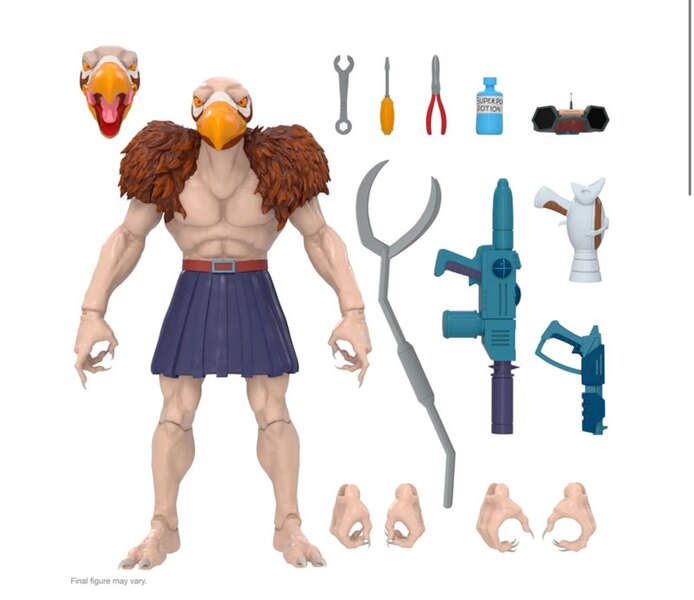 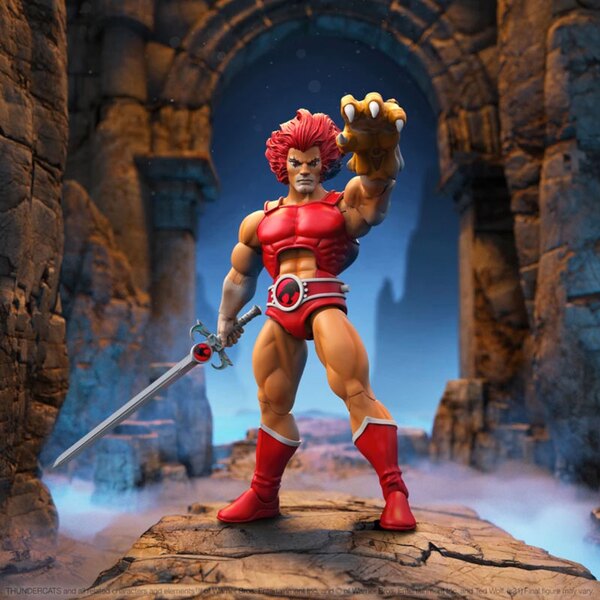 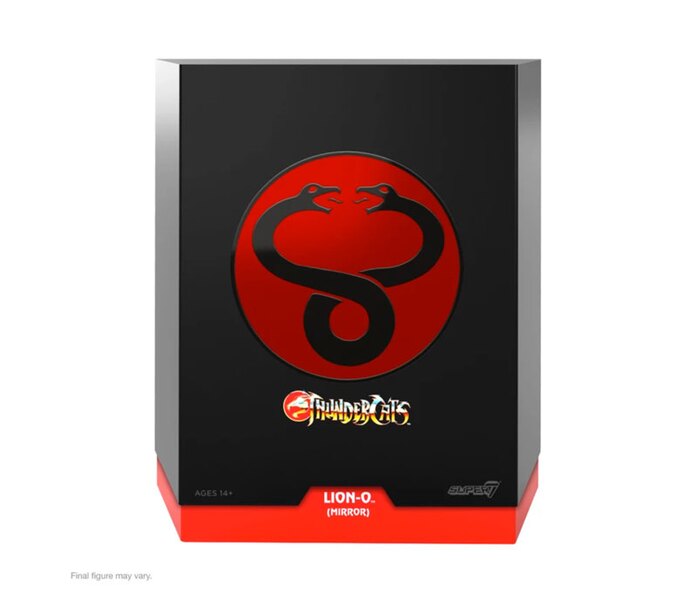 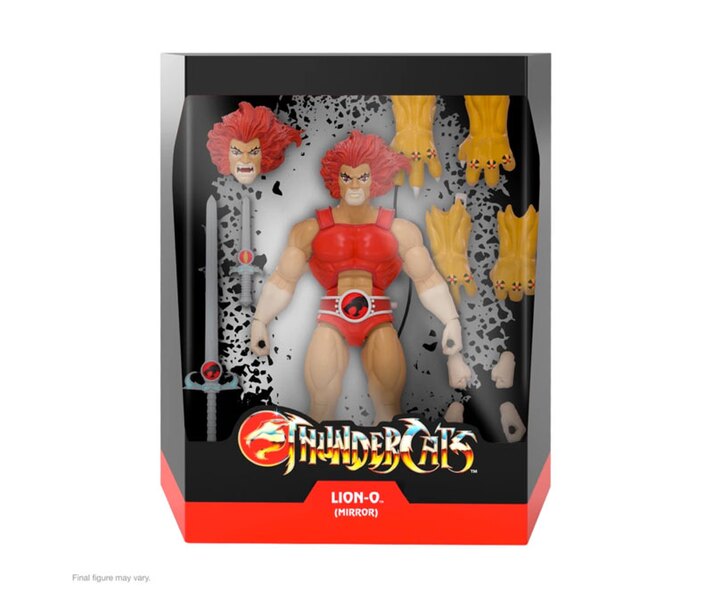 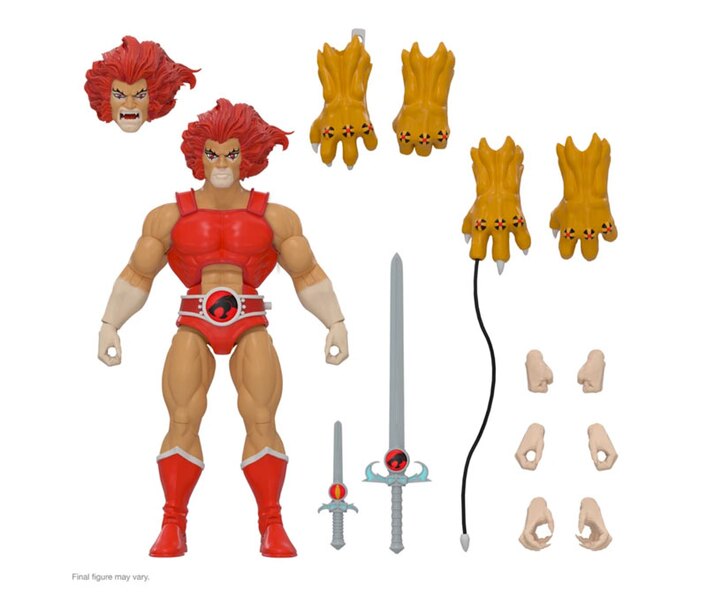 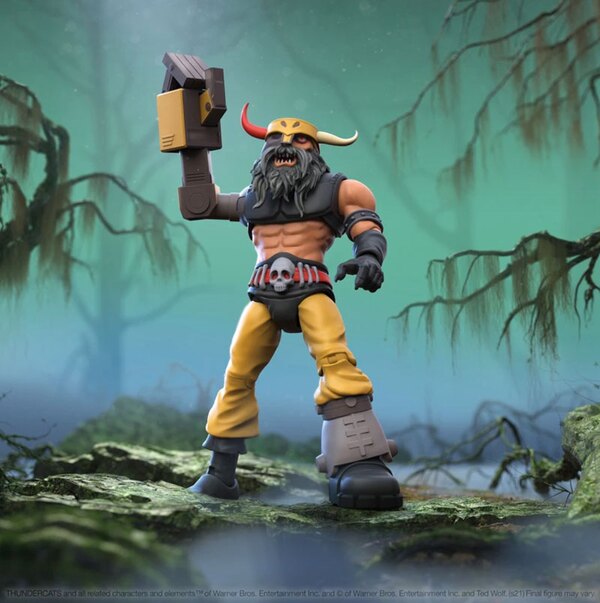 The workbench is the big thing, so more likely to possibly be looked at as a "vehicle." The anvil is the smaller thing that falls on Wile E. Coyote.

Technically, it's the work bench I think we were discussing, rather than the anvil.

Technically, it's the work bench I think we were discussing, rather than the anvil.

Oh I have no idea what the item was that delayed things. The weird fork for vulture man maybe??? I just meant I assumed the anvil was the big accessory since there wasn't a fifth item announced.

JayC mentioned there is a 5th figure and a vehicle so non of these figures are related to the delay I assume...?

Oh I have no idea what the item was that delayed things. The weird fork for vulture man maybe??? I just meant I assumed the anvil was the big accessory since there wasn't a fifth item announced.

It's really an Anvil an item for licensing discussion? What?, the anvil was always property of the Looney Tunes? This Anvil theory sounds very bogus to me...

Oh, no to my knowledge he's a straight reissue.

I'd rather have a pinless one, but I don't want to miss out if it never ends up getting made.

I had that thought too about the anvil.

Are we sure there is a fifth coming?

At the moment no. But since it looks like their original plans were for 5. Its plausible that S7 will open preorders for the fifth figure and vehicle at a later time.

Even possibly as a wave 6...since they've done waves with only one and two figures before (Conan).

Super7 Teases a new ULTIMATES line and maybe "they're zany to the max!" 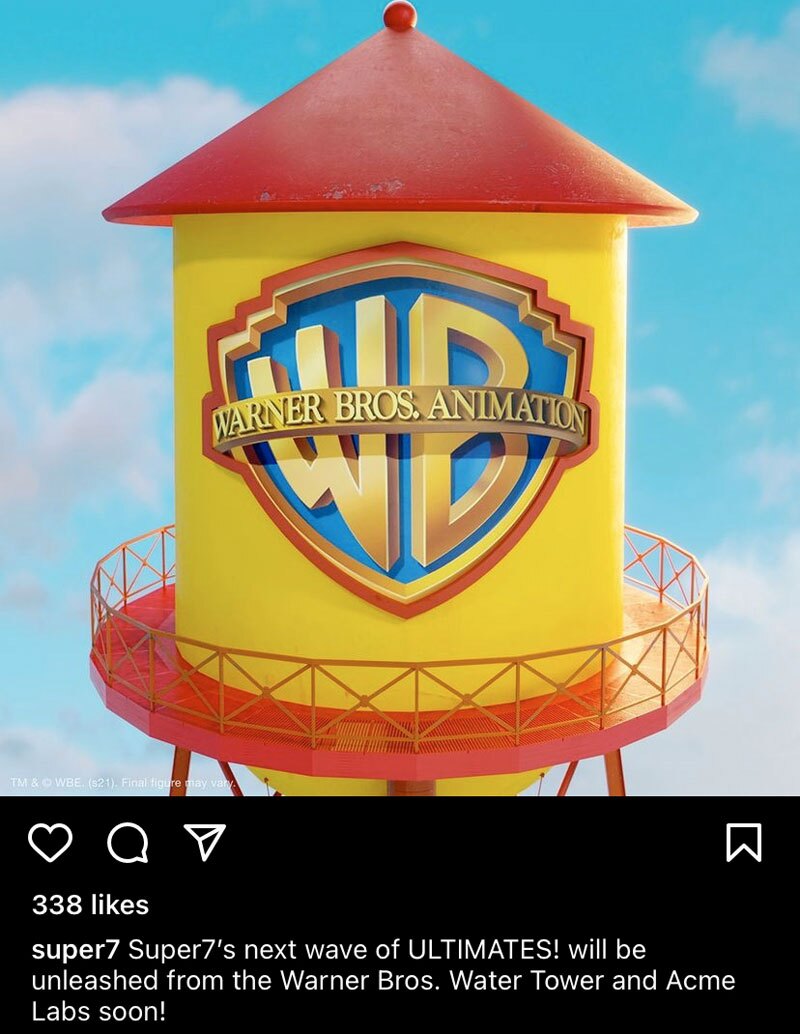 Dance Away Your Cares With Reaction Grateful Dead Bears from Super7! 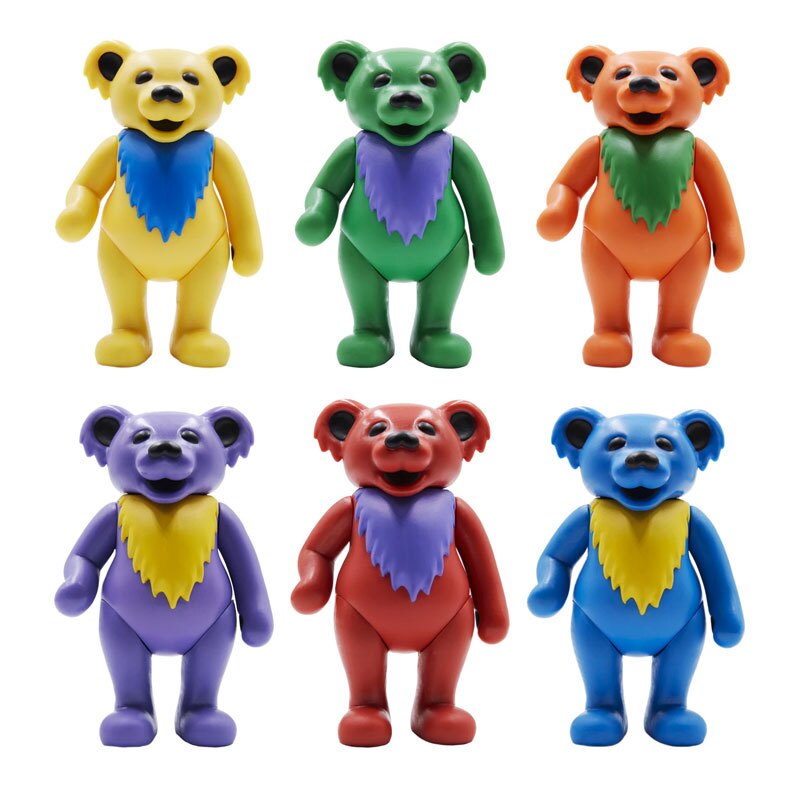 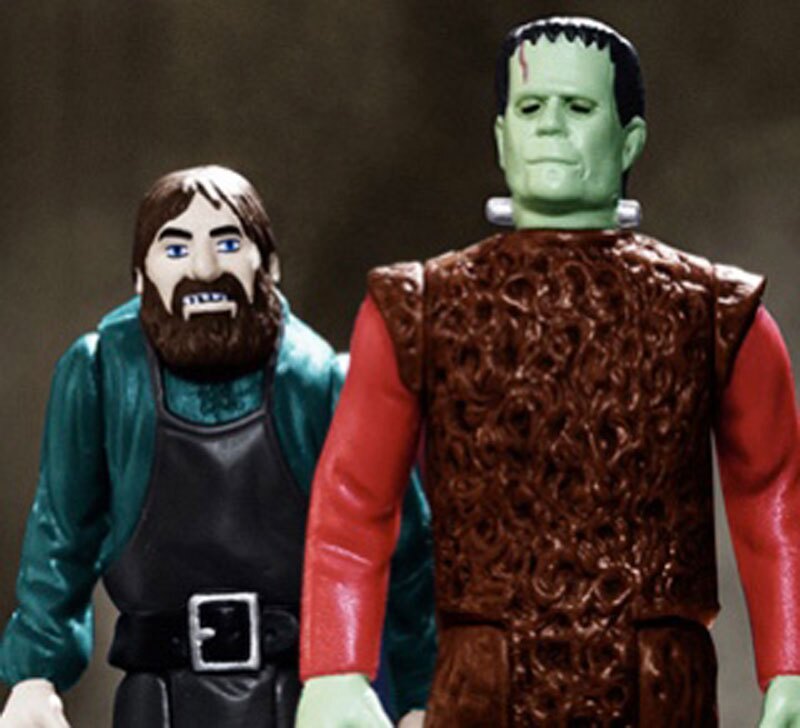 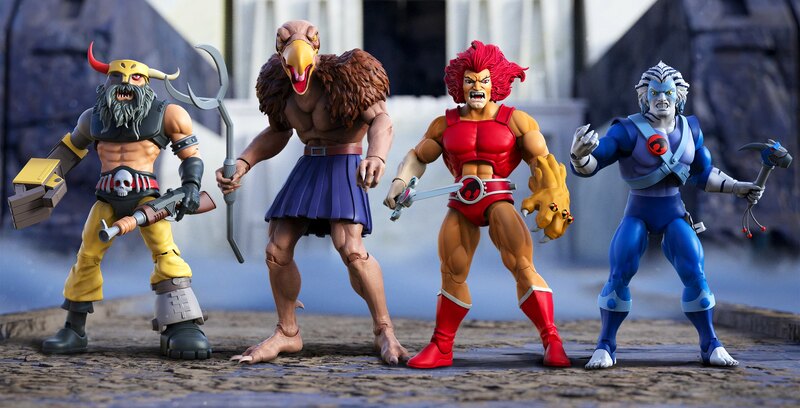 Super7's Ultimates ThunderCats Wave 5 Pre-Orders Coming Monday - What Can We Expect To See? 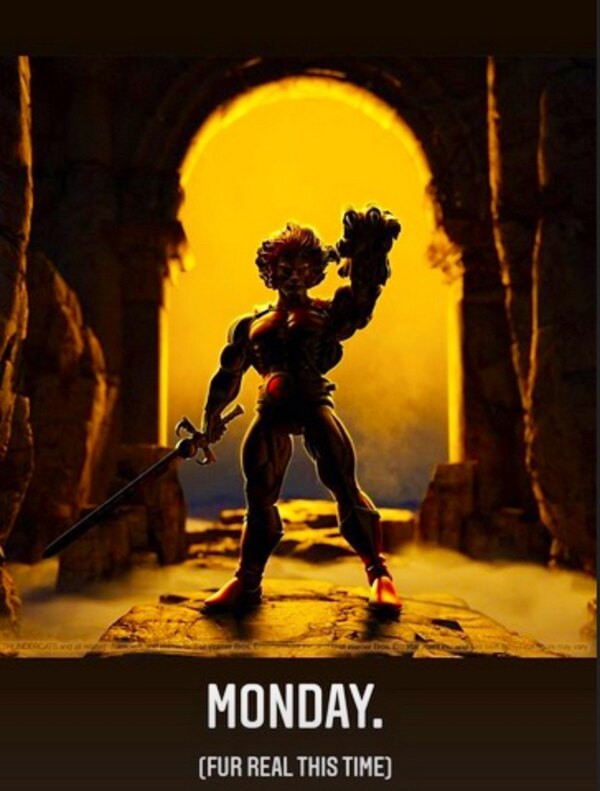