Spero Studio
by Jay Cochran
May 31, 2017
Jason Bienvenu from Spero Studios lets us that their new Kickstarter for the 4" Animal Warriors of the Kingdom series is two weeks in, and already they have obtained 60% of their funding goal needed. With that, they have a new Deluxe category of figure to show off which will be unlocked when they reach $185,000 of funding. 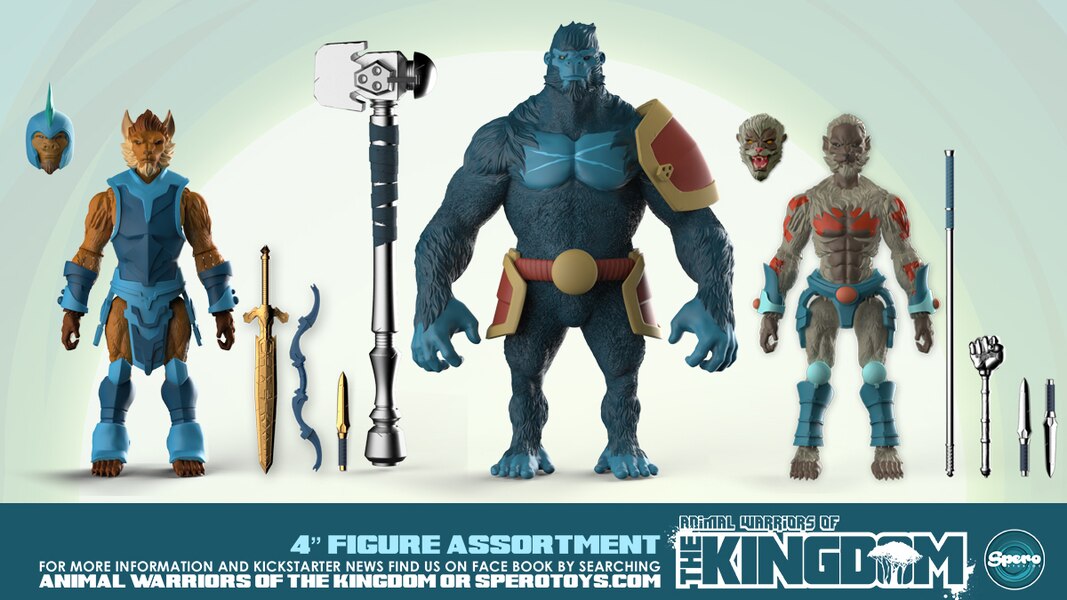 This is their first reveal for the Deluxe sized figures, and you can see how it towers over the basic figures. Coming in at just over an inch taller than Pale, Thane serves as a reminder not to mess with the young ape king. Included are his trademark Battle Hammer, a shoulder guard, and armored plate belt.

Look for more character reveals and other details on Deluxe Figures later in the campaign.

Also check out new images for many of the 4" basic figures coming in the line. 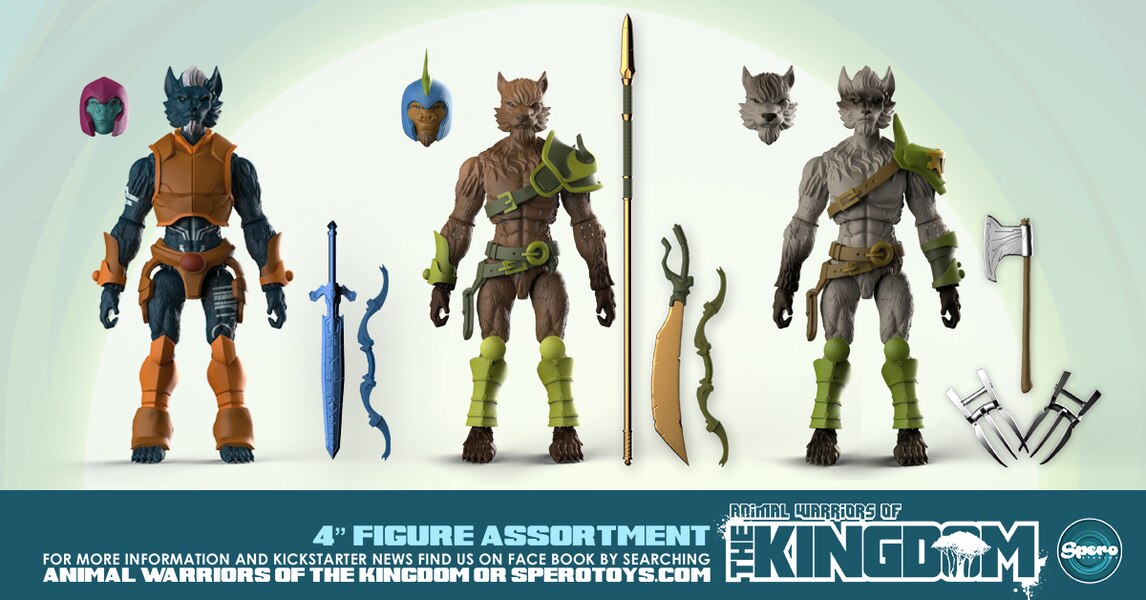 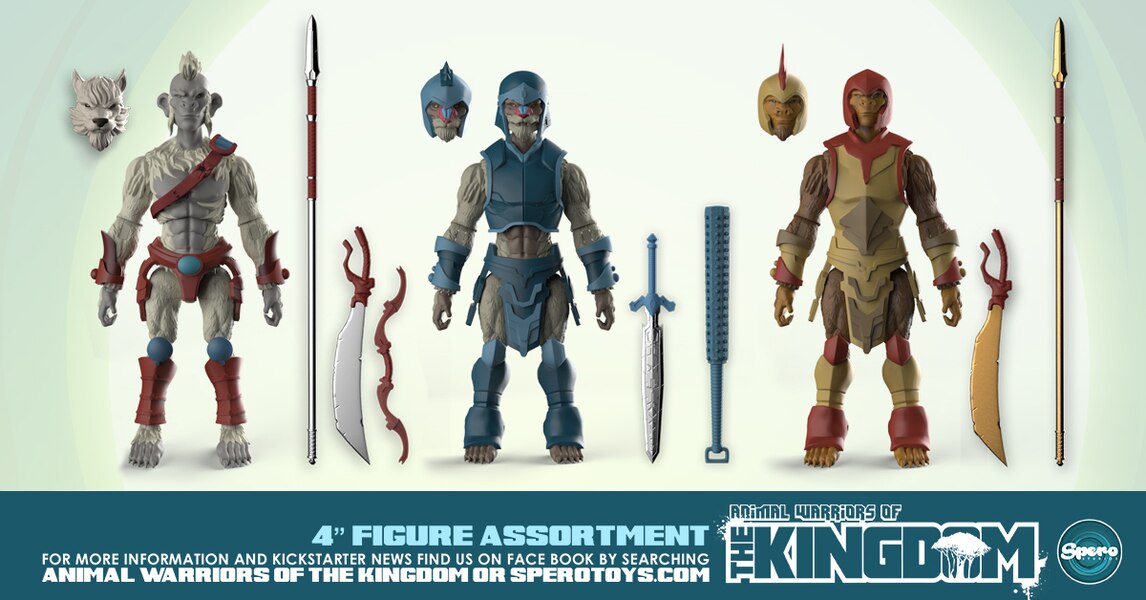 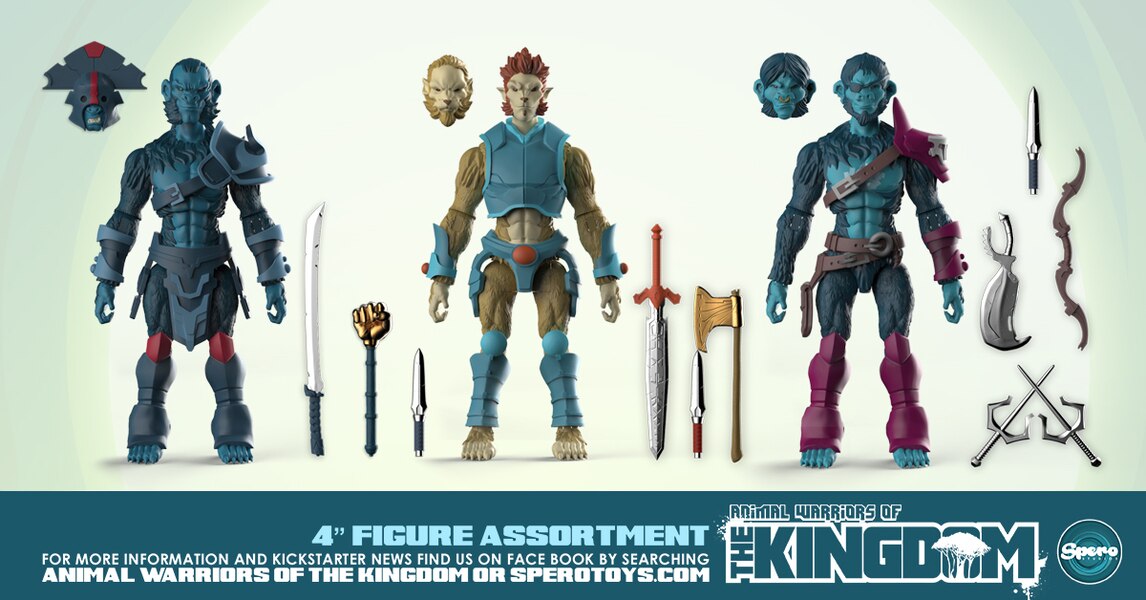 For more details about this Kickstarter or if you would like to contribute to it, CLICK HERE.
Image 1 of 5 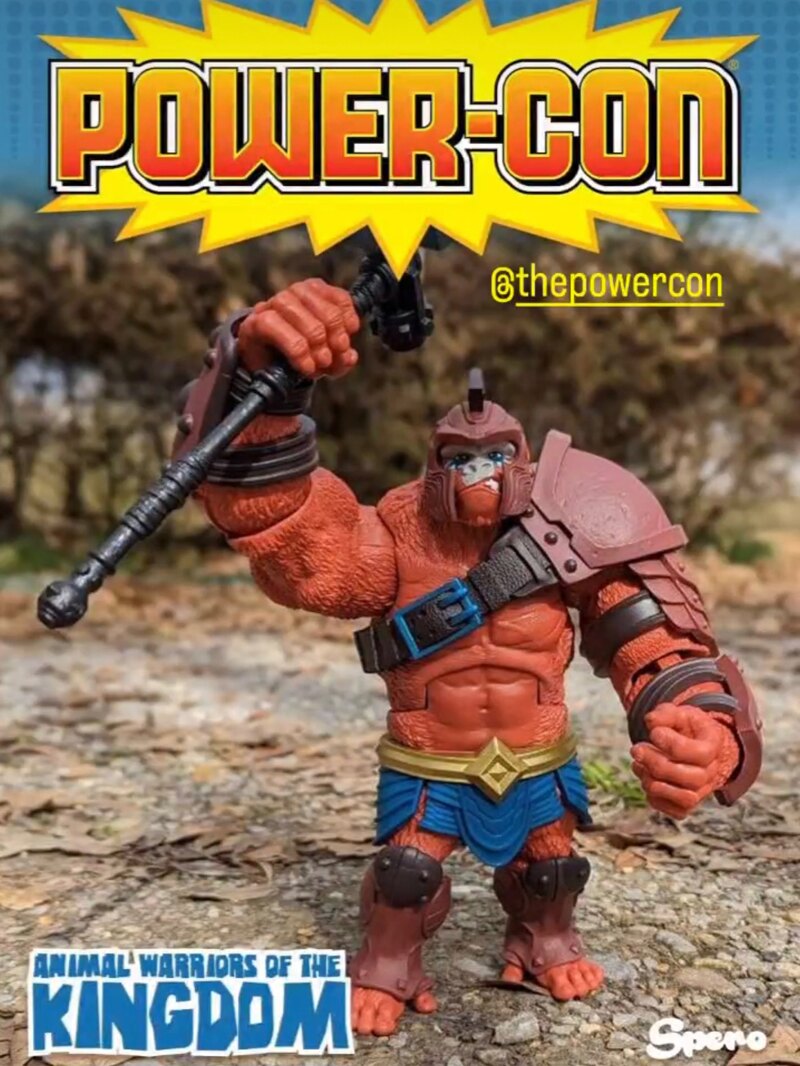 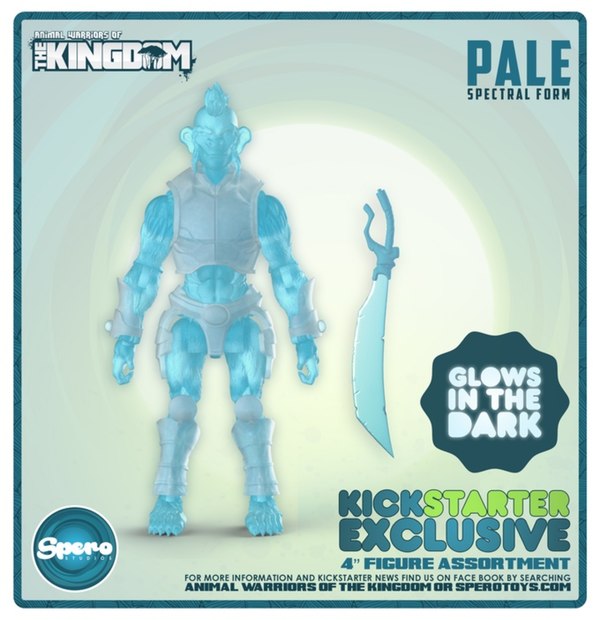 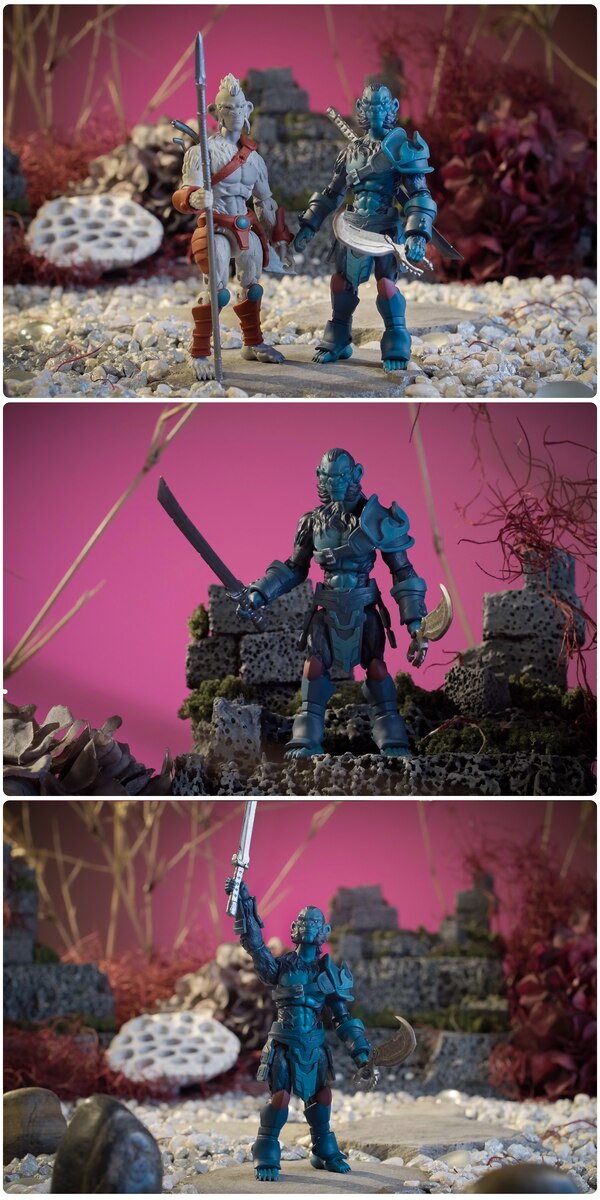