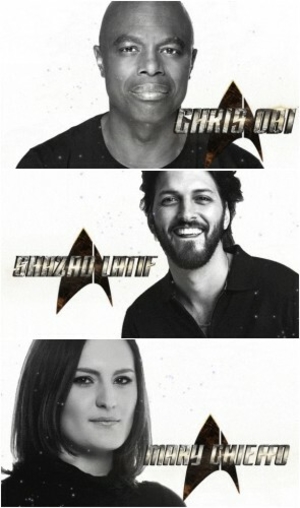 Chris Obi will star as "T'Kuvma," the Klingon leader seeking to unite the Klingon houses.

Shazad Latif will star as "Kol," the Commanding Officer of the Klingons and protégé of T'Kuvma.

Mary Chieffo will star as "L'Rell," the Battle Deck Commander of the Klingon ship.