Hasbro, Inc. is flexing more muscle in programming for kids with the announcement of Stretch Armstrong and the Flex Fighters, a new original series from Hasbro Studios premiering on Netflix. The new teenage superhero animated series will reimagine the classic Hasbro brand Stretch Armstrong into a relatable kids adventure that features diverse characters with wacky powers and a playfully humorous storyline.

Stretch Armstrong and the Flex Fighters follows high school student Jake Armstrong and his two best friends Nathan Park and Ricardo Perez who are accidentally exposed to an experimental chemical that forever changes their seemingly normal lives, transforming them into unlikely heroes who embark on a series of adventures.

"Stretch Armstrong and the Flex Fighters is the first Hasbro brand to receive a Netflix original series order. We have been waiting for just the right moment to re-imagine Stretch for a new audience and our friends at Netflix got it right away; they have been a tremendous partner," said Stephen Davis, Chief Content Officer and Executive Vice President, Hasbro Inc. "We have hit a superhero sweet spot, and with Netflix's global reach, kids across the world will fall in love with its fun characters and action-packed storyline."

Stretch Armstrong and the Flex Fighters will feature the voices of leading Hollywood television and film talent including: 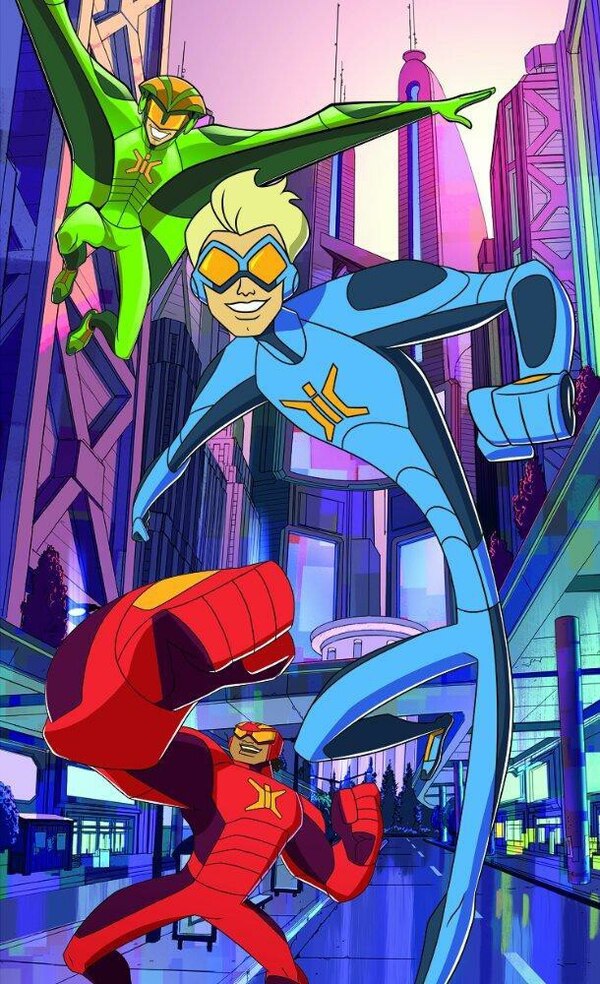