Arrow Casts Slade Wilson's Son & The Vigilante Will Be Revealed 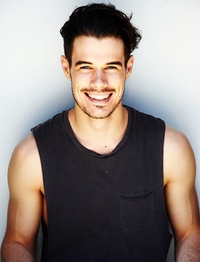 Entertainment Weekly is reporting that Liam Hall will be playing the son of Manu Bennett’s reformed villain, who will appear in the two-part Slade Wilson adventure first teased at Comic-Con.

Joe Wilson has followed in his father’s footsteps by joining the secret Australian military agency, A.S.I.S. After years of brutal combat, Joe now finds himself in a remote Kasnian prison under the alias, Kane Wolfman, fighting for his life.

This is the same son Oliver promised info on in exchange for Slade’s help in the finale, not to be confused with Grant Wilson (Jamie Andrew Cutler), Slade’s potential future son who took up the mantle of Deathstroke in 2046 on DC’s Legends of Tomorrow.

In other Arrow news, co-showrunner Wendy Mericle has revealed to TVLine that the Vigilante will finally be unmasked. “Who he is and what he’s up to is very personal,” Mericle says, adding: “He’s got a very close connection to one of our series regulars that I really hope will blow the fans’ minds.”