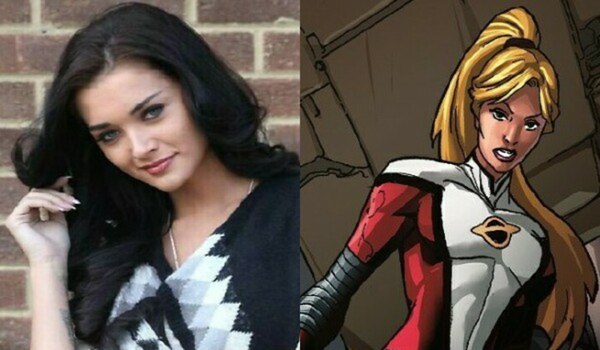 British actress Amy Jackson has been picked for the recurring role on Supergirl as Imra Ardeen, also known as Saturn Girl of the Legion of Super-Heroes.

Saturn Girl, as DC readers know, is one of the founding members of the Legion of Super-Heroes, a super hero team from the far future of the DC Universe. Set to be a recurring character on Supergirl, Saturn Girl, aka Imra Ardeen, is a kind, smart, and strong-willed hero who uses her telekinetic ability to help those in need. She was born on Titan, one of Saturn’s moons, and arrives on Earth to help Supergirl battle one of her biggest threats.

Debuting in ADVENTURE COMICS #247 back in 1958, Saturn Girl is one of the most widely known members of the Legion and while she’s consistently remained a part of the DC Universe, she’s gone through a few different reboots resulting in new looks and abilities. She’s also appeared on live action television before, alongside fellow Legionnaires Cosmic Boy and Lightning Lad, in a popular episode of Smallville written by none other than Geoff Johns.