Joaquin Phoenix In Talks To Play 'The Joker' In Standalone Movie 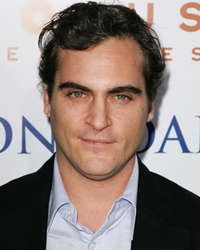 Sources from within Variety are reporting that Joaquin Phoenix will play the Joker for Todd Phillips’ untitled Joker origin movie for Warner Brothers.

Studio negotiations are not yet underway but Phillips met with Phoenix and both are just waiting on the studio's approval. Phillips is on board to direct the movie and co-write with Scott Silver.

The film will delve into what it took for the Joker to become a mastermind criminal. Sources say the story will take place in the ’80s and have more of the look of a gritty crime drama than comic-book movie.

The movie would fall under a yet-to-be-announced new banner of DC Comics, which would give the studio the opportunity to expand the canon of the iconic comic-book characters with unique story angles that aren’t included in its current cinematic universe.