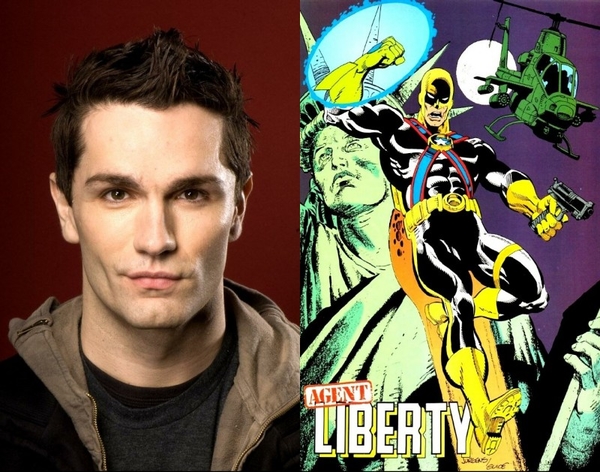 Sam Witwer is joining the Supergirl series as a series-regular role of Agent Liberty. Witwer played Doomsday on the eighth season of Smallville.

The character of Agent Liberty serves as the charismatic and deeply evil founder of Children of Liberty, an anti-alien hate group dedicated to establishing humans as the superior race. According to the show’s producers, he conceals his vile nature “in the guise of a family man,” making it all the more difficult to take him down.

I always liked Sam Witwer he's a pretty good actor so I'm kind of excited about this but this sounds like another vehicle for them to once again go with their usual "we are trying to be socially conscious but end up hitting you on the head with it". I don't want jump into conclusions but based on the link Goldbug posted the character seems morally grey and I worry they are just gonna portray him as a cartoon villain. I have yet to finish the latest season of Supergirl after the God awful season of the Flash and the so so season of Arrow left a bad taste on my mouth I have been catching up with Luke Cage so I put Supergirl on hold. The last episode I watched was the one with Maggie's father, I still don't know which one was more eye rolling: his character or seeing a talented actor who was amazing on 24 fall so bad to take this role.

The first two seasons of Supergirl were ok. And actually when it moved to the CW I was excited because I like Flash and Arrow very much. Given the possibilities. However, this last season sucked so bad so bad. That I am surprised that they renewed this thing. The writing is very poor now and the show has become extremely political. Looks like the trend will remain and only get worse.

God, these idiots have no idea what they're doing, do they?

he's not quite a good guy

he joined a militia but then turned on them

God, these idiots have no idea what they're doing, do they?