Entertainment
by Jay Cochran
April 03, 2020
Kevin Smith today gave us a little, and we do mean little tease for his upcoming Masters Of The Universe: Revelation Netflix animated series by posting the following on Twitter:

Animatics are partially-animated raw layouts set to vocal track of the cast. I watched animatics for episodes 1 & 2 of the @MastersOfficial anime epic for @netflix, and by the power of Grayskull! They are ASTOUNDING! @powerhouseanim is crushing it, wreaking Havoc in the best way! pic.twitter.com/ZF2IPaoiqV


The series is being produced by Mattel Television with Adam Bonnett (Descendants), Christopher Keenan (Justice League, Batman Beyond) and Rob David (He-Man and the Masters of the Universe) as executive producers.

Liam Cunningham (Game of Thrones, Clash of the Titans) as Man-At-Arms

Alan Oppenheimer (original Skeletor) (Westworld, He-Man and the Masters of the Universe) as Moss Man

Harley Quinn Smith (Once Upon a Time…in Hollywood, Jay and Silent Bob Reboot) as Ileena

Masters of the Universe: Revelation will focus on the unresolved storylines of the iconic characters, picking up where they left off decades ago.

Animation for the series is being done by Powerhouse Animation (Castlevania). 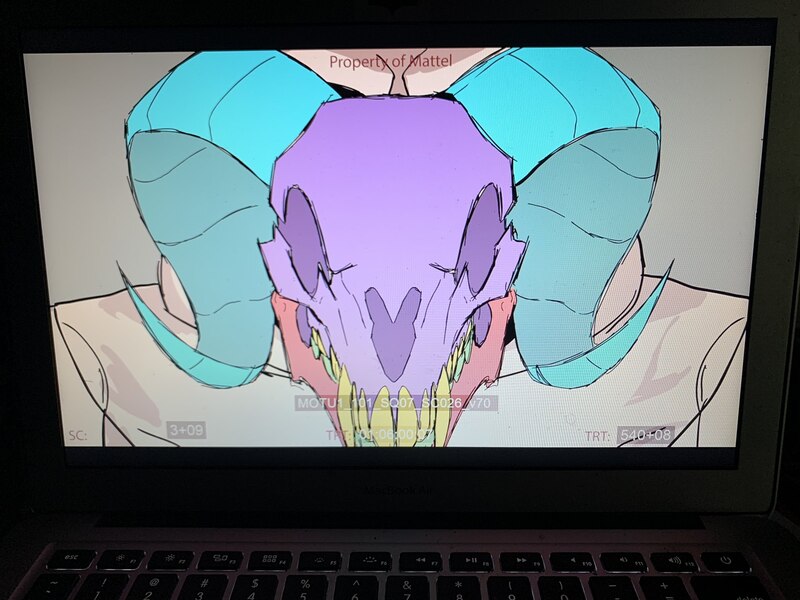 It isn't going to be the end of the year. It'll be out this Summer.

Dont know where you heardthat but there has been no kind of official premier date given.

It isn't going to be the end of the year. It'll be out this Summer.

He does that for everything

Kevin Smith geeking out and tearing up doesn't do much for me, but the music sounds great.

He does that for everything

Kevin Smith geeking out and tearing up doesn't do much for me, but the music sounds great.

Wouldn't it have been better to show a teaser trailer or at least a new promotional poster with the characters?, this video with Smith reacting just doesn't provoke me anything.

Since we dont even know when its going to premiere and I am guessing probably not till the end of the year its hard to say. I agree there isnt much here in this clip to get excited about, but I see this more of a hey dont forget this is coming kind of thing and also allows Smith to show how passionate he is for the project. At this point I would say its this or nothing, so I would say its better than nothing.

In an effort to tease his upcoming Masters Of The Universe: Revelation animated series coming to Netflix later this year, he has posted this reaction video were we see him watching a clip from the new show.We as the viewing audience dont get to see the actual clip, only hear it play on Smiths PC as he reacts to it.The clip is said to feature the transformation process of when Prince Adam lifts up his sword to transform himself into He-Man and Cringer into Battle Cat.Mostly what you hear in the clip is music playing, but we do get to hear the update version of Prince Adam say By The Power Of Grayskyll.Both He-Man and Prince Adam are voiced by Chris Wood (Supergirl, The Vampire Diaries) in this new series which is said to be a continuation of the original Filmation series.

Candyman as Scare Glow and Batman Kevin Conroy as Merman. Plus Mark Hamil,Looks like an Allstar cast. They said a continuation of the original show. They even have the original Skeletor as Moss Man.I hope it the final product turns outgreat.

Search Online Stores for Mattel Masters of the Universe