DC today announced the release of the ultimate Batman mobile experience for kids ages 6-12, the DC: Batman Bat-Tech Edition app, a one-of-a-kind free mobile app available today on the App Store and Google Play stores in 13 different languages around the world. Immersing kids in narrative-driven, technology-inspired activities, the new app lets kids join Batman’s crime-fighting team, the Knightwatch and experience the world of Batman, learning how to use his Bat-Tech to fight crime and help defend Gotham City from his evil adversaries. The DC: Batman Bat-Tech Edition app is COPPA compliant and free to download and play.

Developed in conjunction with Warner Bros. Consumer Products, the new DC: Batman Bat-Tech Edition app features first-of-its-kind augmented reality (AR) technology to engage kids and immerse them in the world of the iconic DC Super Hero who uses crime-fighting tech to help him foil the evil deeds of The Joker, Mr. Freeze, The Riddler and other DC Super-Villains. In addition to learning about Batman’s technology through the app’s AR storytelling features, kids can play mini games, transform photos with AR face filters and stickers, read exclusive digital comics, watch Batman Bat-Tech themed video content and gain access to the Batcomputer, the super-computer where Batman’s tech secrets are stored.

“Batman is one of our most important franchises, so bringing together the DC and Warner Bros. Consumer Products teams to develop this app featuring his fan-favorite gadgets and crime-fighting tech was a chance for us to give fans yet another way to engage with a favorite DC Super Hero,” said Pam Lifford, President, WarnerMedia Global Brands and Experiences. “The app creates a truly unique experience that gives kids around the world a chance to immerse themselves in the DC Universe -- there’s no other app like it available today.”

“The Batman mobile app showcases Batman’s innovative technology, using augmented reality like never before, and gives kids a way to unlock the mystery behind Batman’s crime-fighting gadgets,” said Kevin Morris, Vice President, Franchise Management and Marketing, Warner Bros. Consumer Products. “Kids can now experience being a DC Super Hero alongside Batman, and while learning and playing they can also help save Gotham City.”

Augmented reality (AR) missions: Through the new app’s AR features, kids become a member of Batman’s new Knightwatch team and immerse themselves in original Batman crime-fighting missions. The amazing AR provides a realistic 3D experience that draws upon engineering and design concepts to make Batman’s Bat-Tech come to life.
Mini games: Users can play a Batman-themed mobile driving game where players test their skills at driving the Batmobile; Batarang Practice where players face off against the clock and find out how many targets they can knock down; and the Grapnel Launcher game where players must run and jump while utilizing Batman’s abilities to overcome obstacles.
AR face filters: Kids can transform into Batman, The Joker, Batgirl and more of Gotham City’s most iconic characters using these fun filters and can save photos and share them with friends and family.
Sticker packs: Users can decorate photos with a variety of Batman-themed stickers, turning an ordinary shot into a cool Batman story.

Batman Bat-Tech video content: The app connects to the extremely popular DCKids’ YouTube channel. A new series, entitled “Batman Science Lab” will launch this fall exploring the real-world applications of Batman’s technology.
New missions, games, filters, sticker packs, and video content will be added and updated on a regular basis to keep the app experience fresh and fun for kids.

Additionally, launching exclusively on the DC: Batman Bat-Tech Edition app is a digital comic series, Batman – Knightwatch, where kids can explore how the Knightwatch program was created and follow along with Batman and his Super Hero team as they take on Gotham’s City’s Super-Villains following a massive breakout at Arkham Asylum. Additional digital comics will be added to the app on a regular basis.

Fans can download the DC: Batman Bat-Tech Edition today and help Batman save Gotham City. Available for free on the App Store and the Google Play store, the app is playable on both tablets and smart phones. The app is available globally and is localized in 13 different languages.
Image 1 of 7 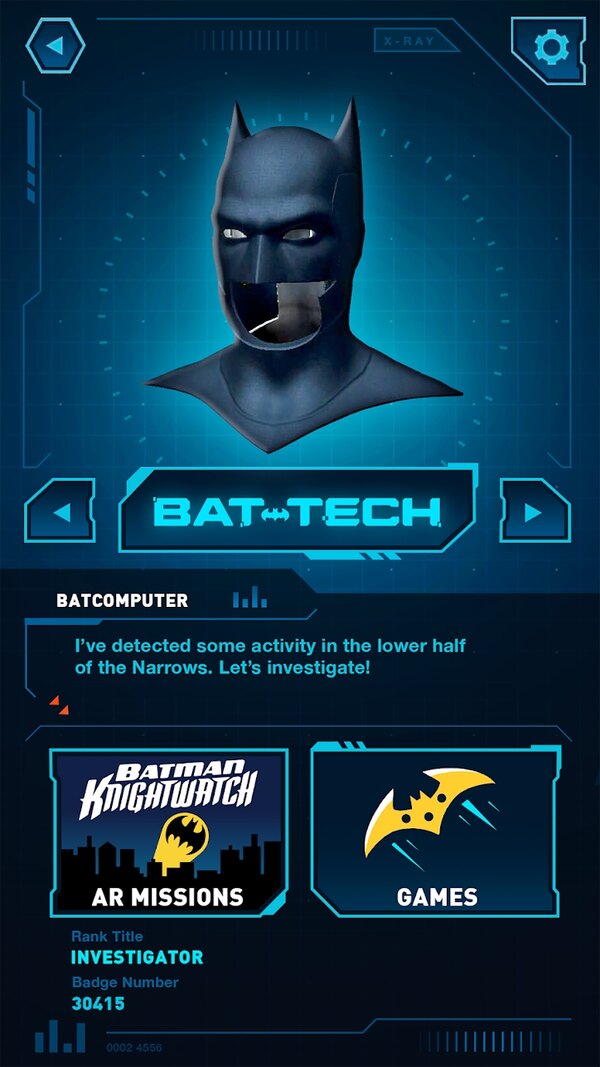 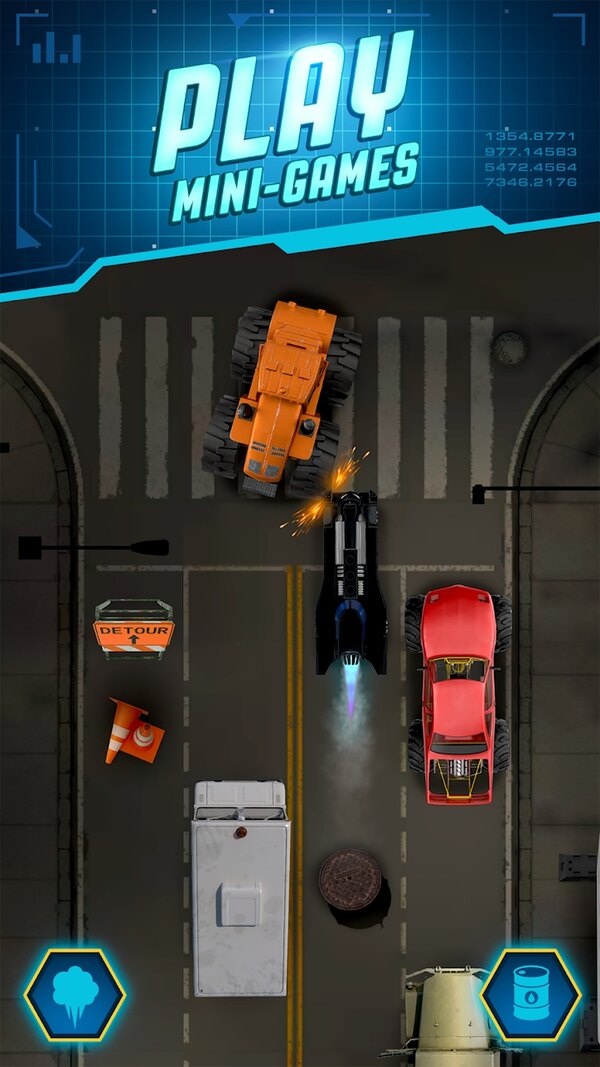 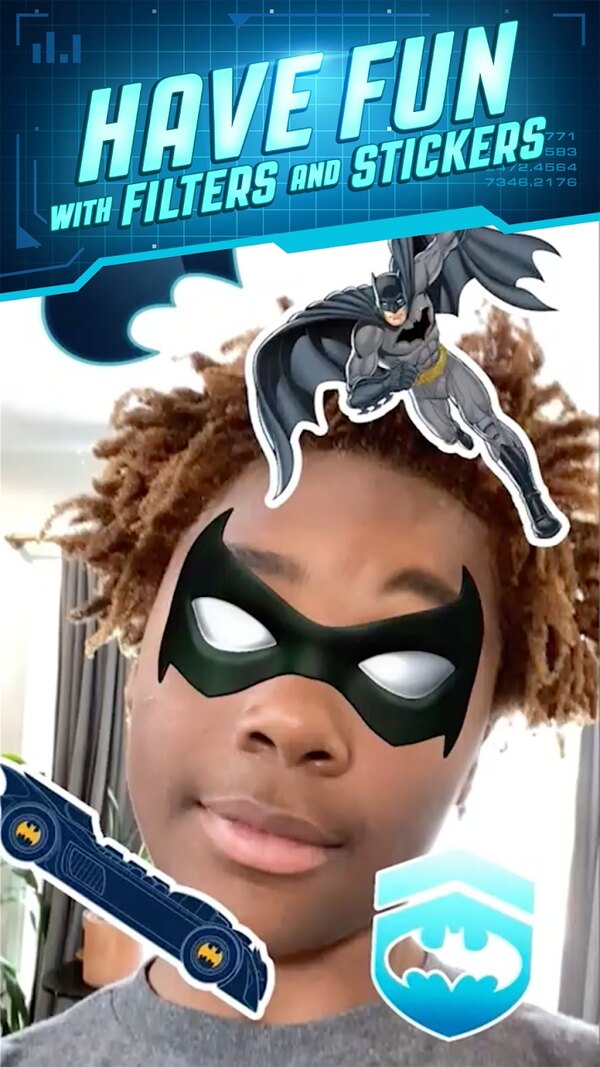 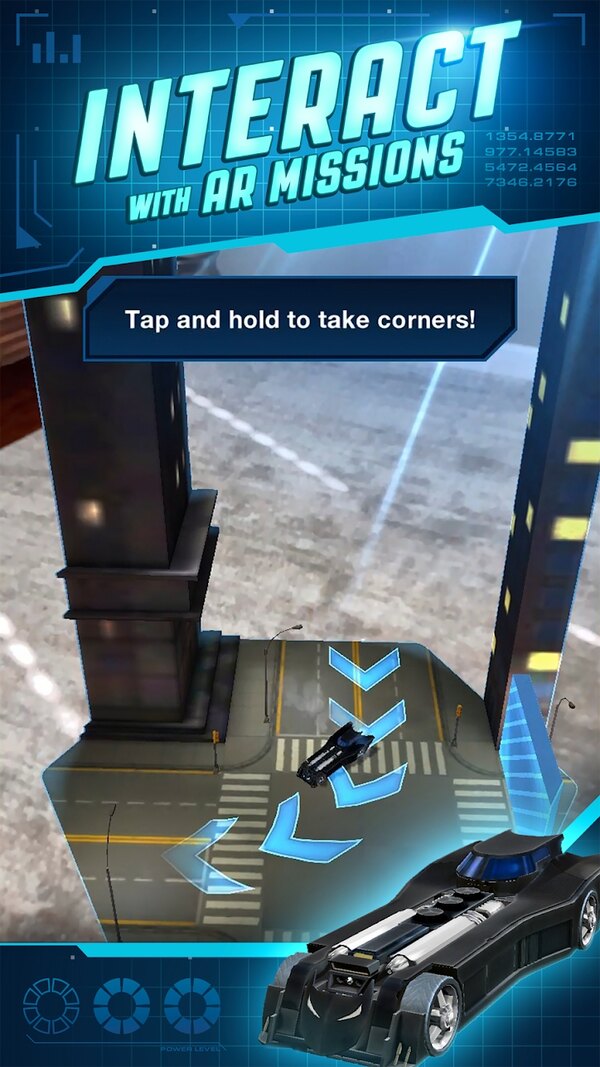 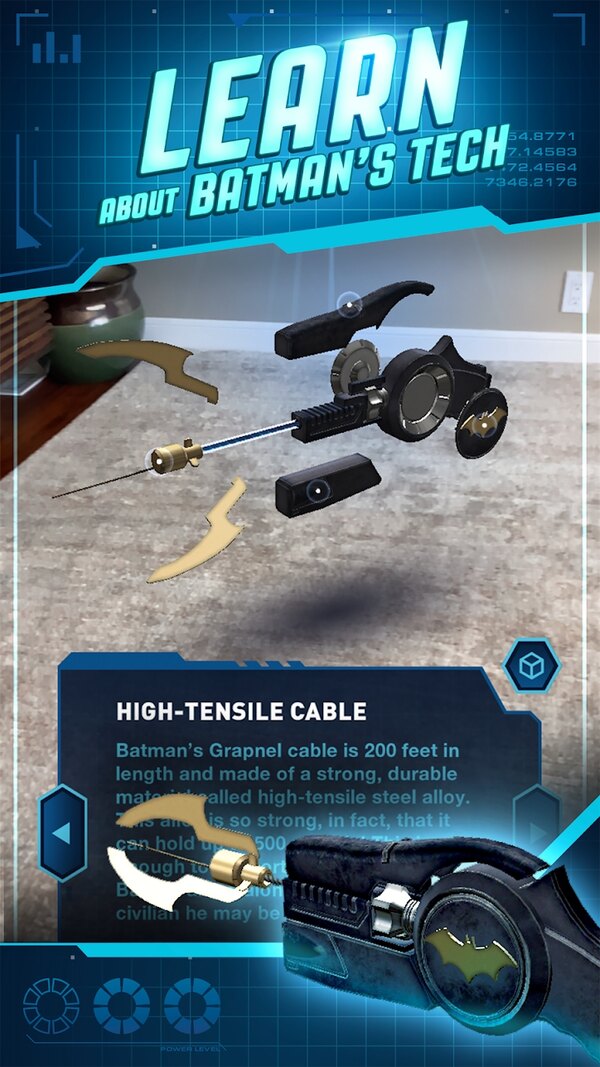 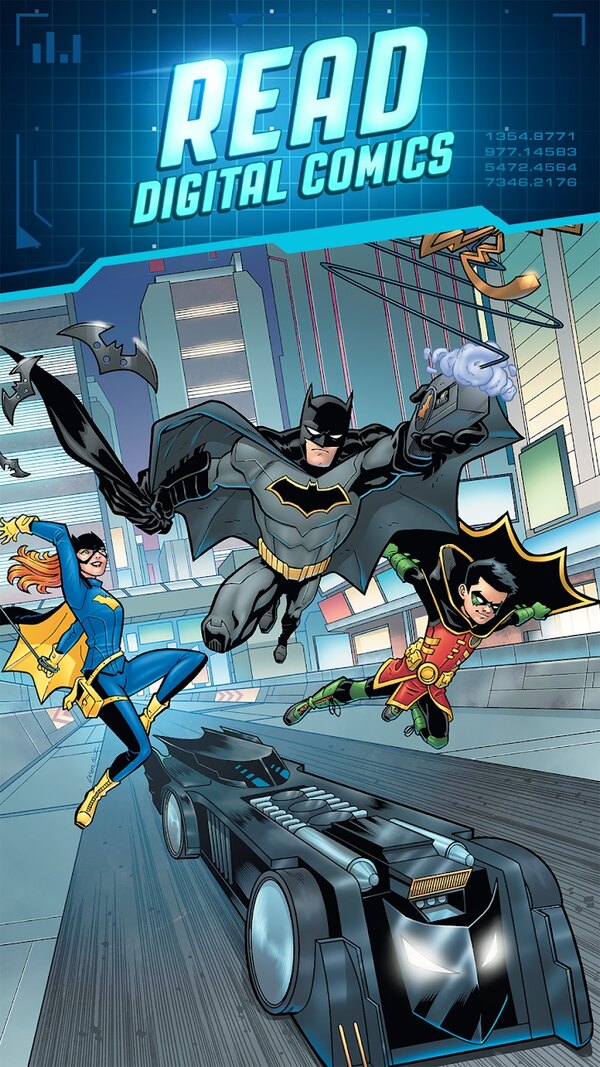 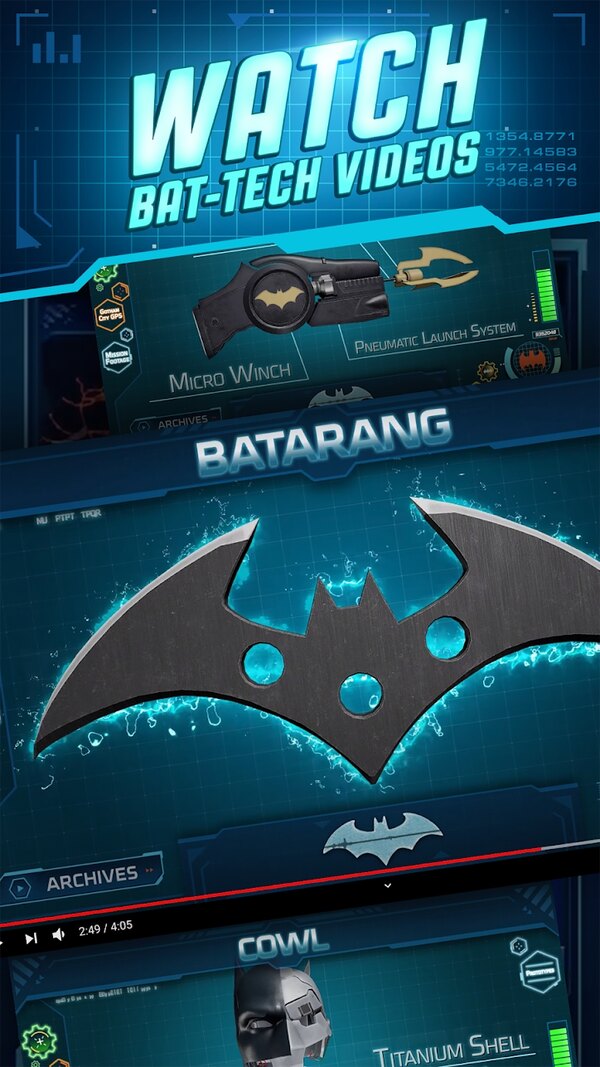