Entertainment
by Outsiders
September 02, 2021
WarnerMedia Kids & Family announced today the launch of ACME Night, an ultimate entertainment destination for families every Sunday starting Sept. 19 at 6:00 p.m. ET/PT on Cartoon Network. The newest programming block, named after the fictional corporation made famous by the Road Runner and Wile E. Coyote cartoons will also be available on HBO Max starting next year.

Numerous movies and specials were announced including the synopses for Aquaman: King of Atlantis and Batman: Caped Crusader.

Aquaman: King of Atlantis
The three-part animated mini-series event begins with Aquaman’s first day on the job as king of Atlantis and he’s got a LOT of catching up to do. Luckily, he has his two royal advisors to back him up – Vulko, the scholar, and Mera, the water-controlling warrior-princess. Between dealing with unscrupulous surface dwellers, elder evils from beyond time, and his own half-brother who wants to overthrow him, Aquaman is going to have to rise to the challenge and prove to his subjects, and to himself, that he’s the right man for the trident! Based on the DC characters, Aquaman: King of Atlantis is produced by Warner Bros. Animation and executive produced by James Wan (Aquaman and the upcoming Malignant), Atomic Monster’s Michael Clear (Annabelle Comes Home) and Rob Hackett (Swamp Thing), and Sam Register (Teen Titans Go!). Victor Courtright (ThunderCats Roar!) and Marly Halpern-Graser (Batman vs. Teenage Mutant Ninja Turtles) serve as showrunners and co-executive producers.

Batman: Caped Crusader
This all-new animated series and reimagining of the Batman mythology comes to life through the visionary lens of executive producers Bruce Timm, J.J. Abrams, and Matt Reeves. Based on the DC characters, and produced by Warner Bros. Animation, Bad Robot Productions, and 6th & Idaho, this powerful creative partnership will once again reinvent Batman and his iconic rogue’s gallery with sophisticated storytelling, nuanced characters, and intense action sequences all set in a visually striking world.
Image 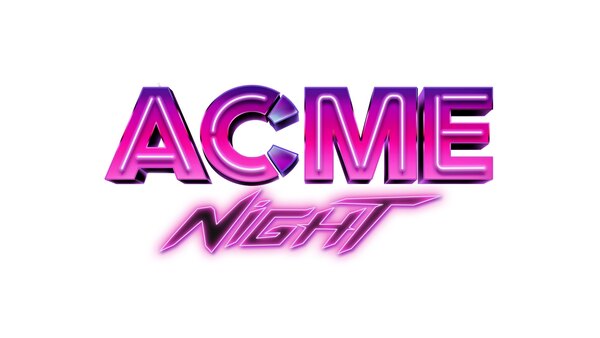 When I see "ACME" (company) I think Road Runner...

or "Giant" Wile fig with Acme Rocket Pack and skates