Star-Ace
by Jay Cochran
May 19, 2021
In the animated DC film Batman Ninja, Batman, along with several of his allies and adversaries, are thrust back in time to medieval Japan. The Dark Knight takes on the weapons and methods of the ninja to defeat Joker and his other villains, who are now feudal lords. Catwoman teams up with Batman and battles against Harley Quinn!

This new 1/6 figure from Batman Ninja features ninja Catwoman as she appeared in the animated movie. The head features moveable eyes for a more expressive look. A tight mesh catsuit fits over a seamless body with over 30 points of articulation. She also comes with a removeable mask, ninja armor and her whip and hand claws. With extreme detail and plenty of accessories for customizing, you can recreate all your favorite scenes from the movie!

This deluxe version includes a pair of pink claws, a black cat figure with movable head, and a bendable figure-stand arm for optimal posing!

Both the regular and Deluxe versions are available for pre-order now at BigBadToyStore.com.
Image 1 of 18 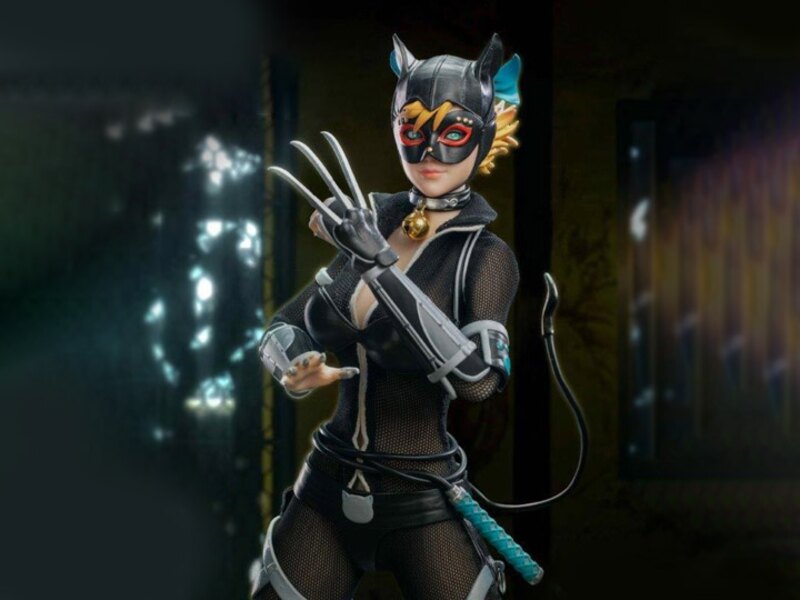 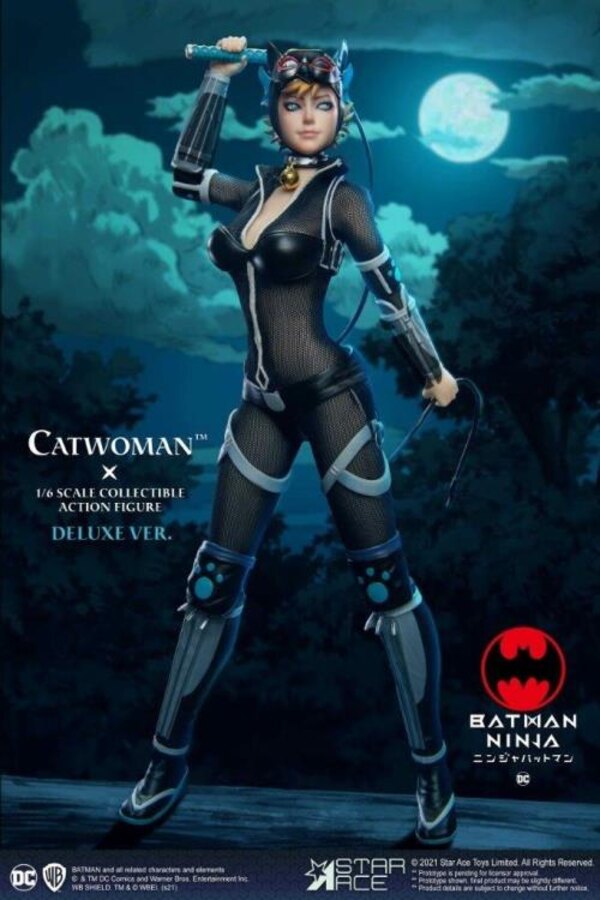 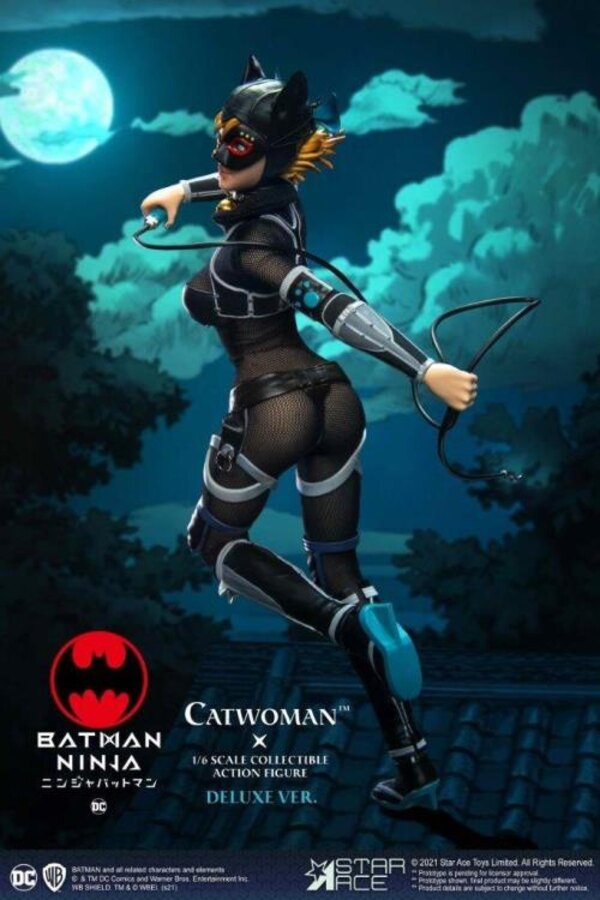 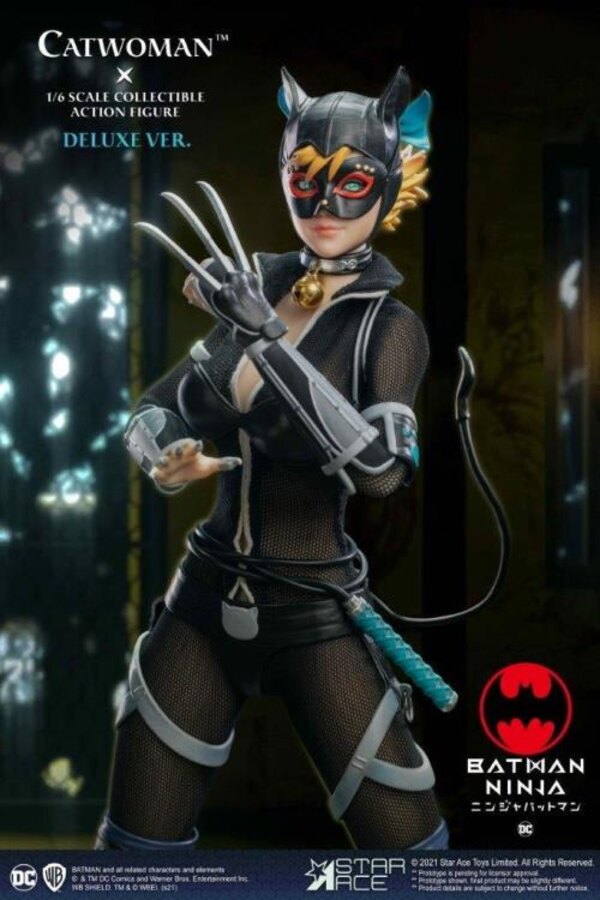 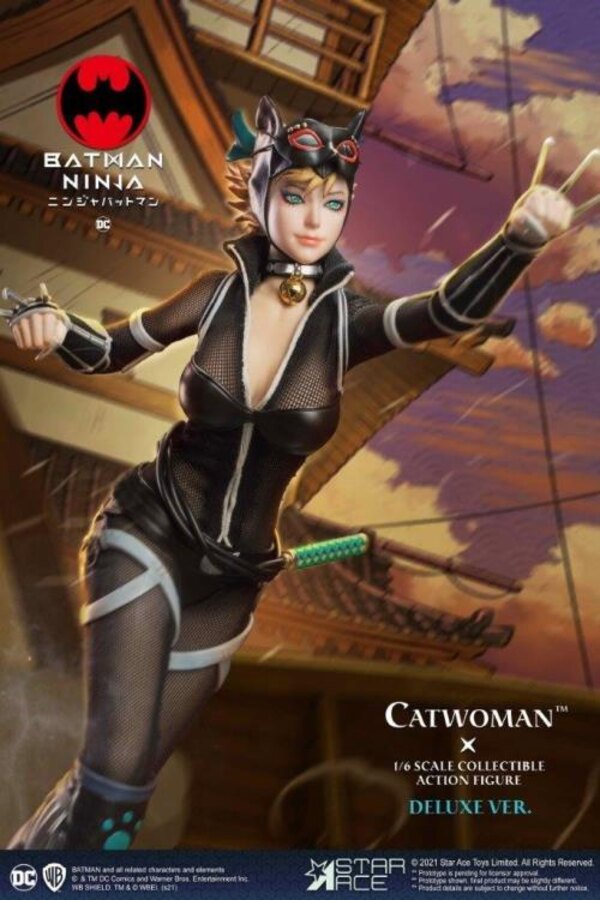 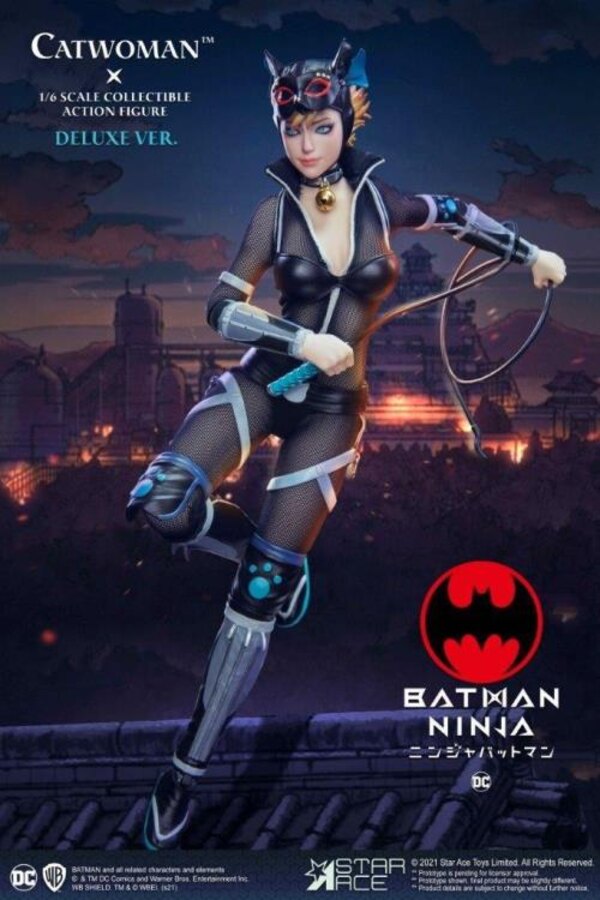 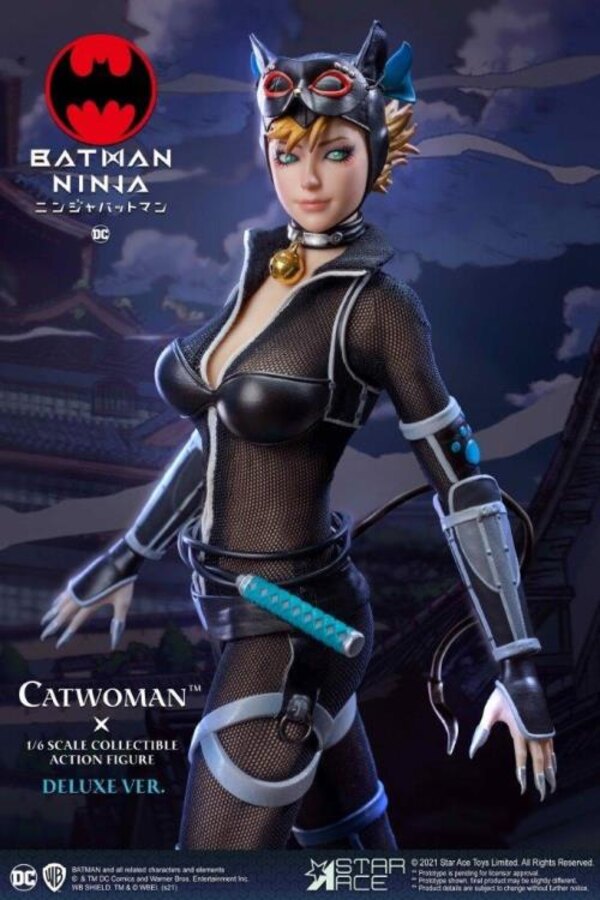 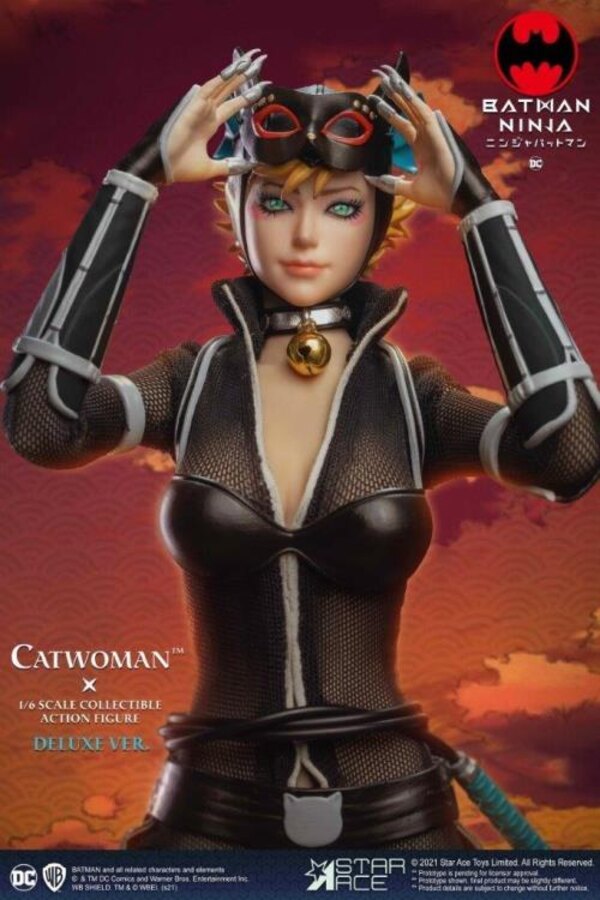 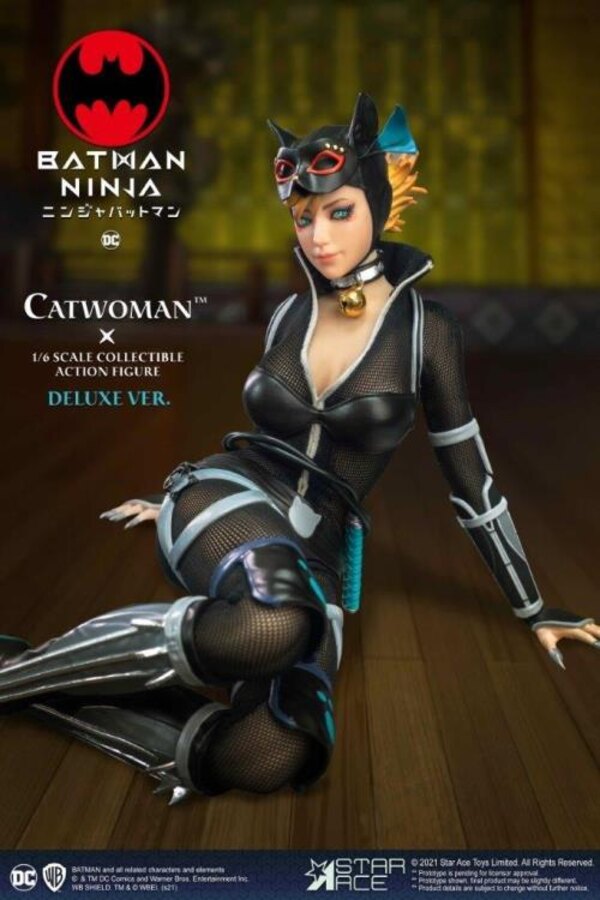 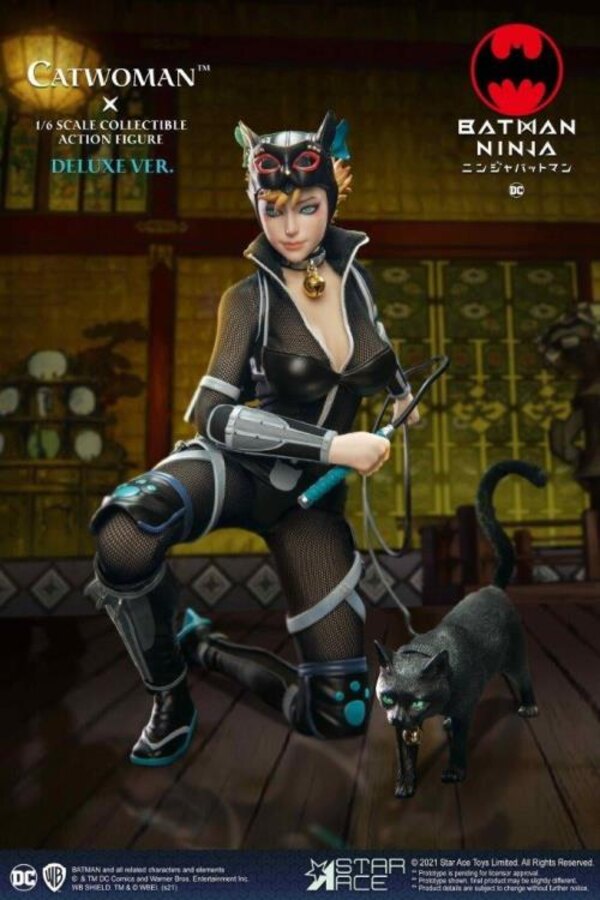 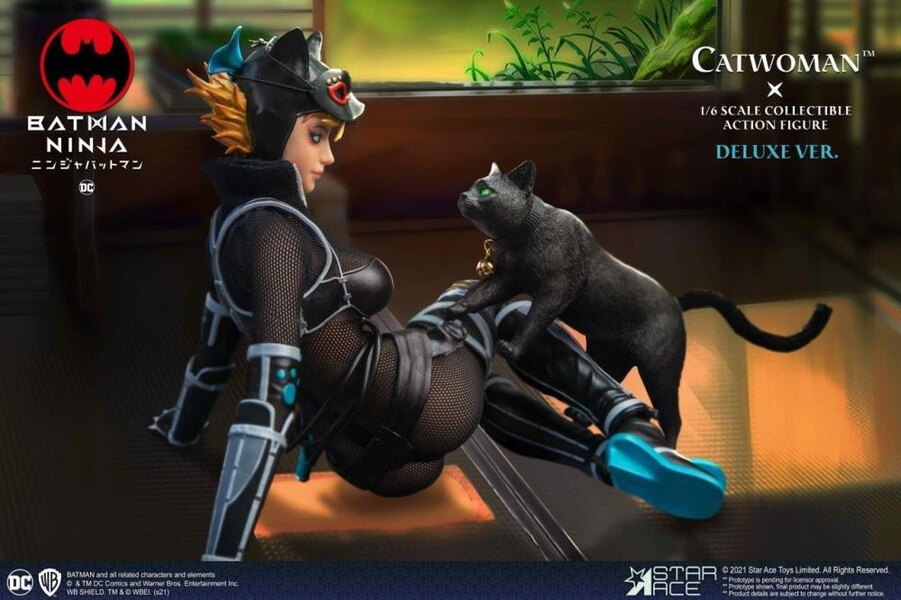 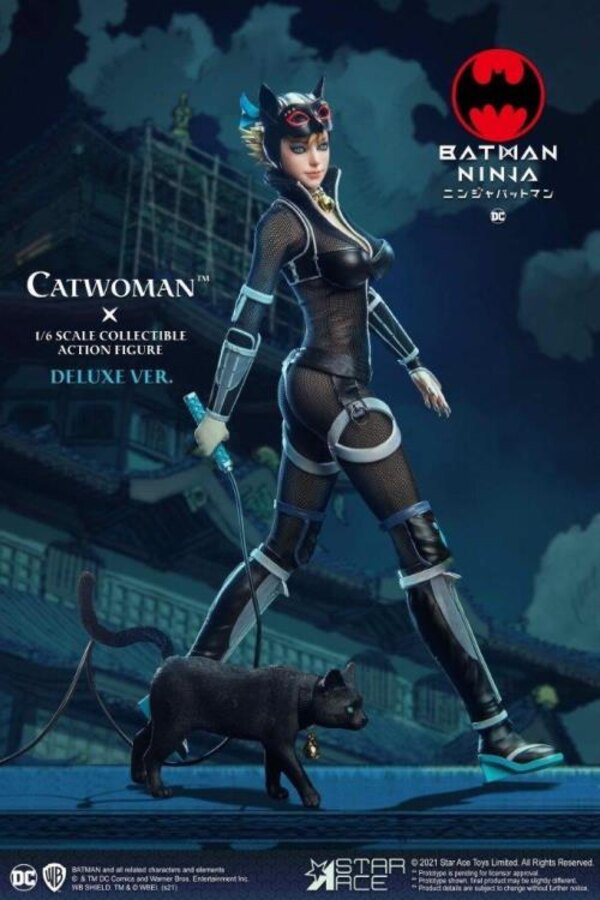 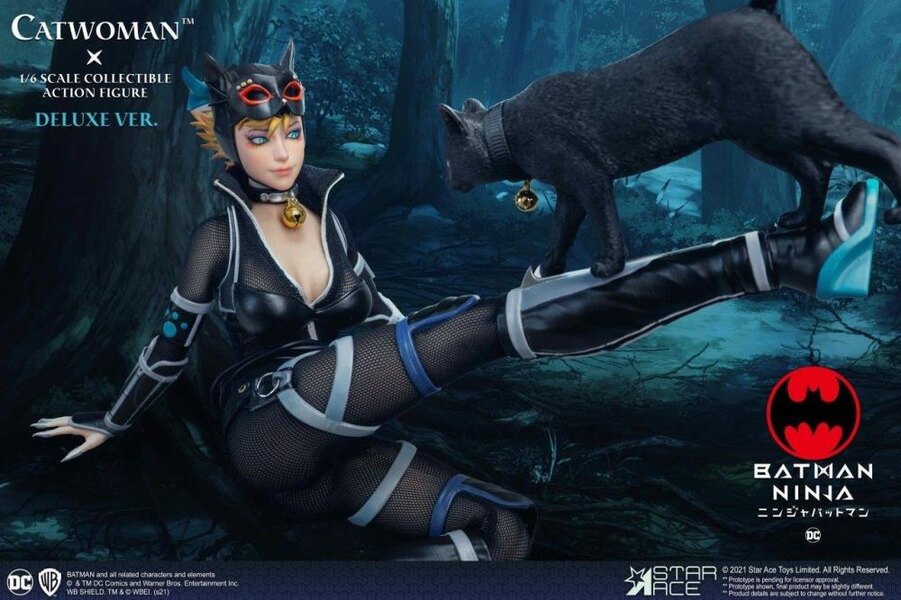 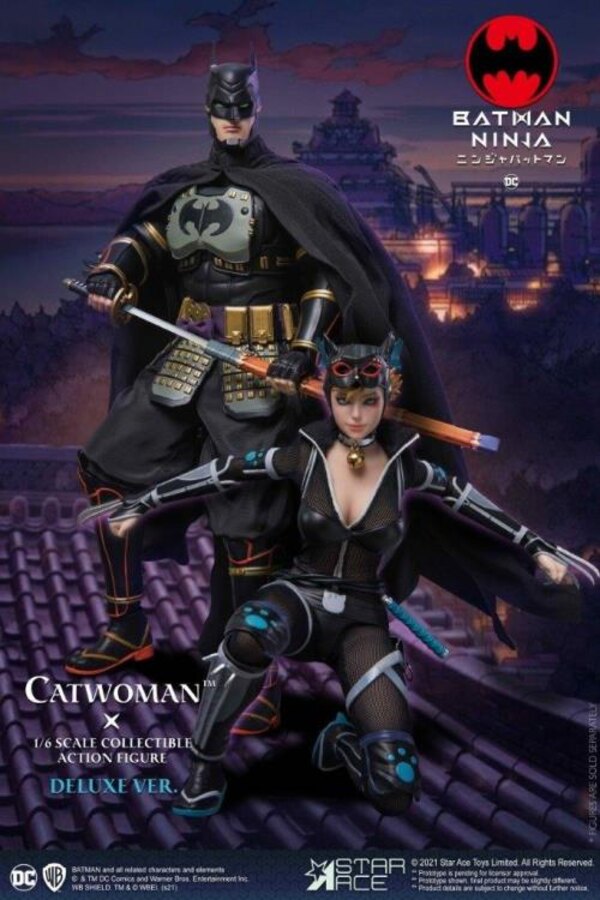 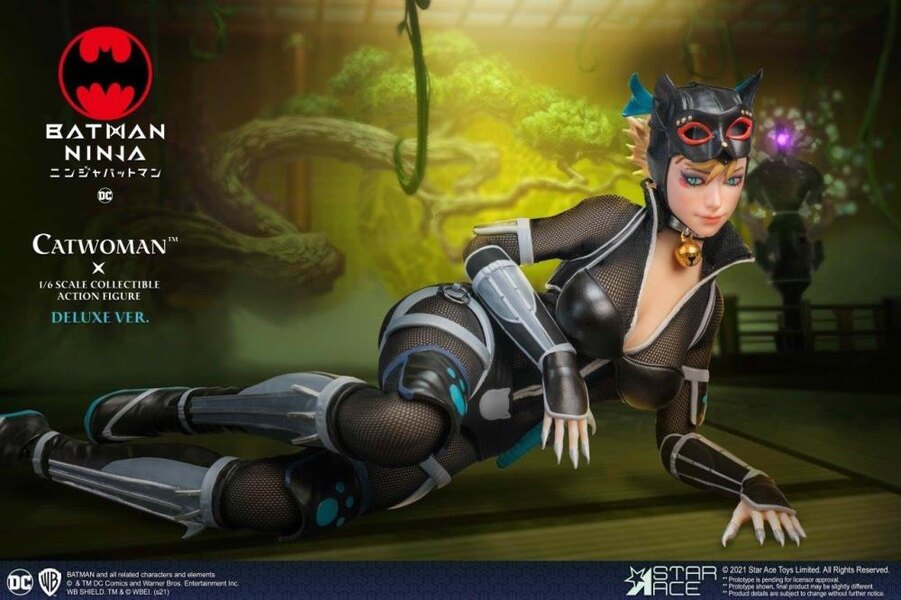 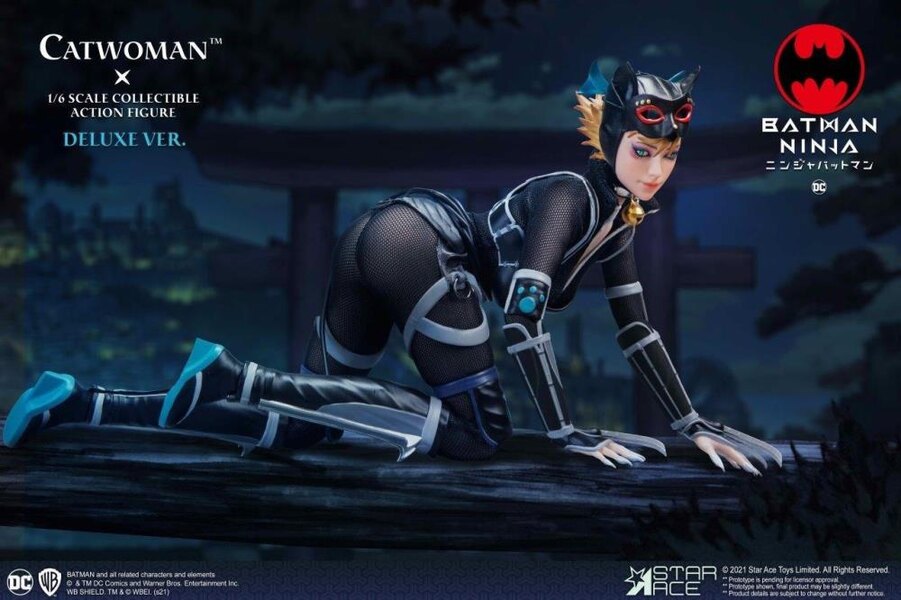 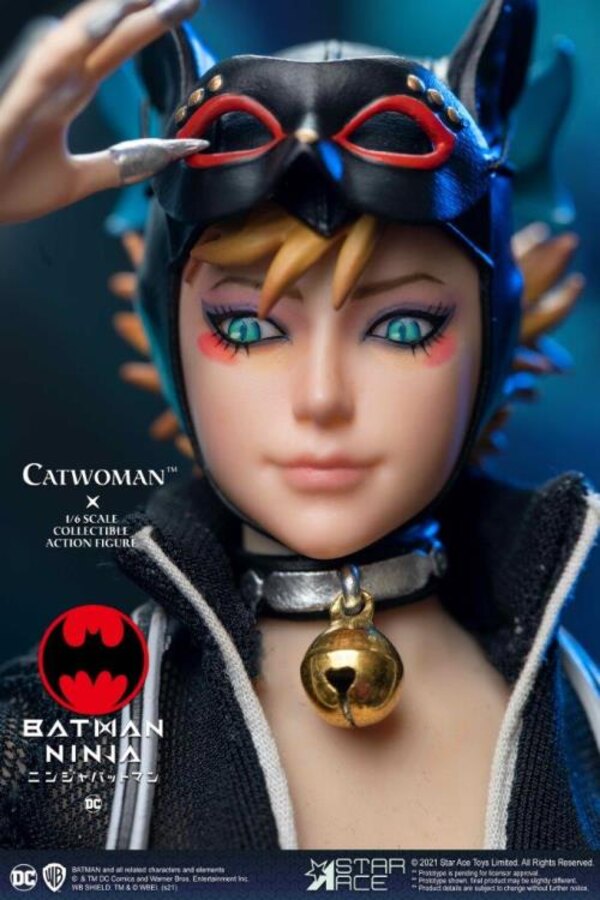 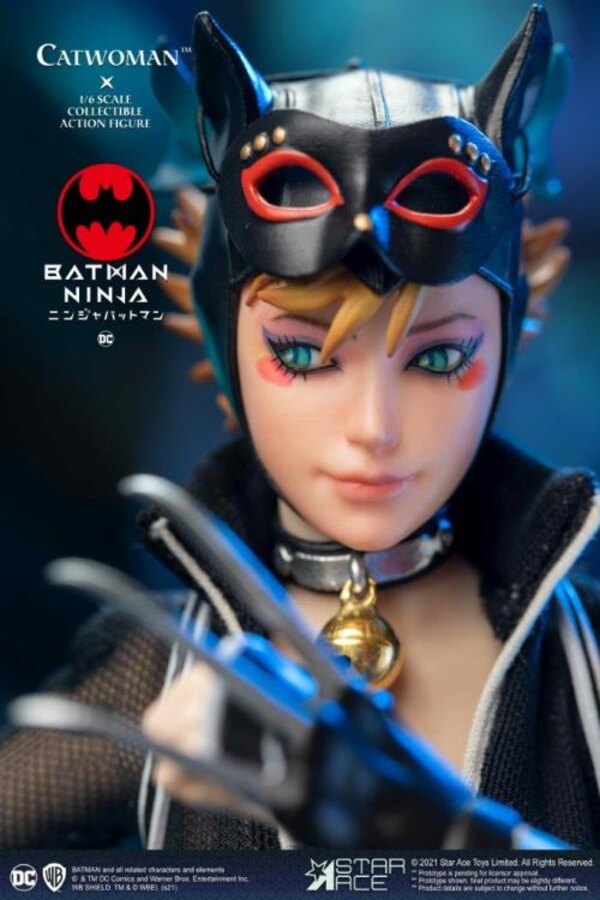 Well I like this , will I buy it probably not but, I do enjoy looking 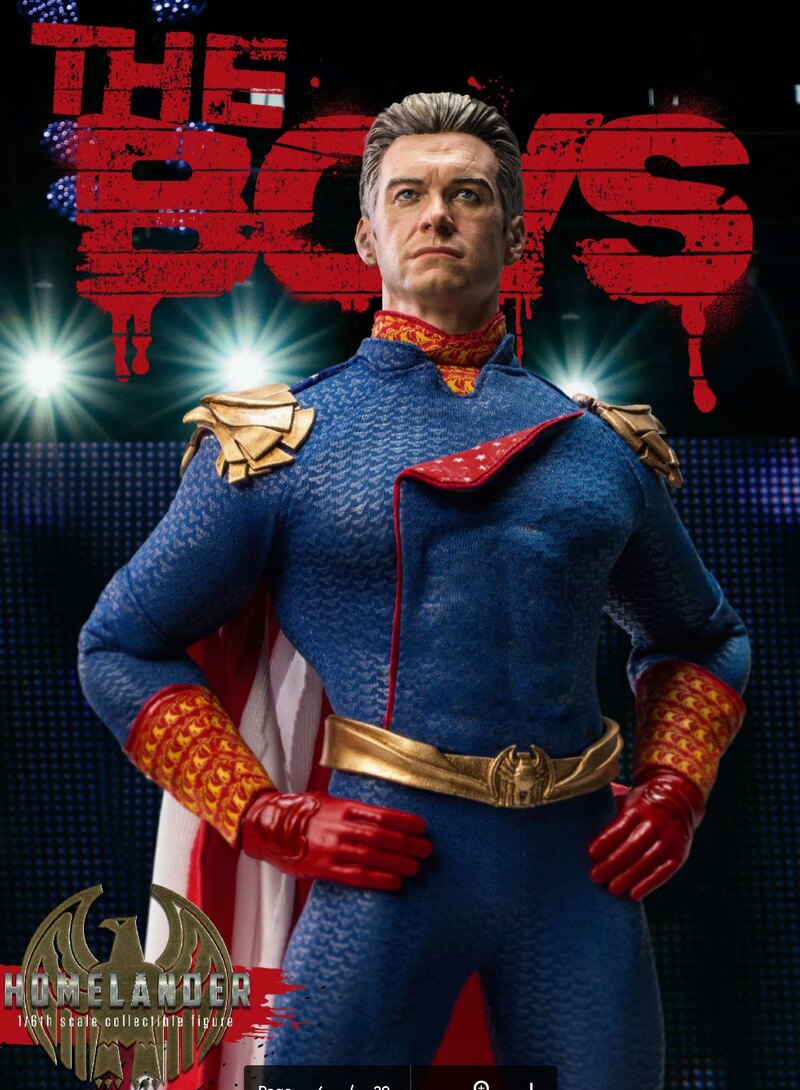 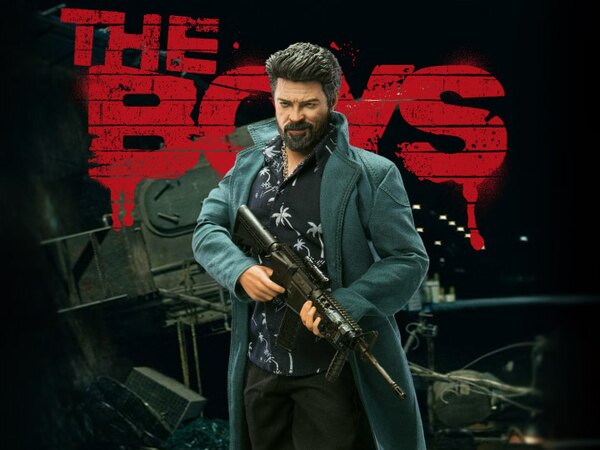 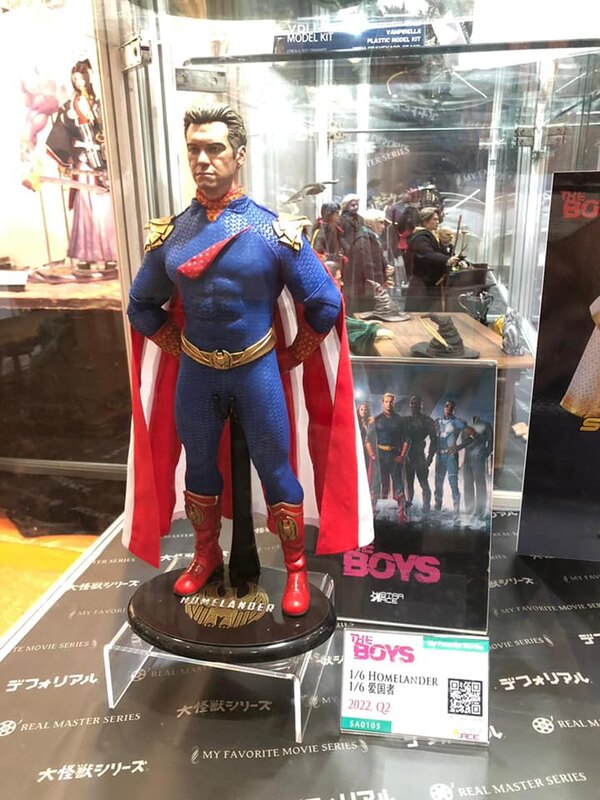 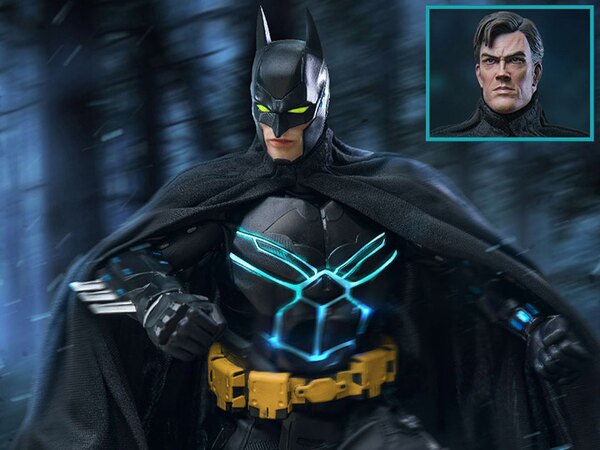 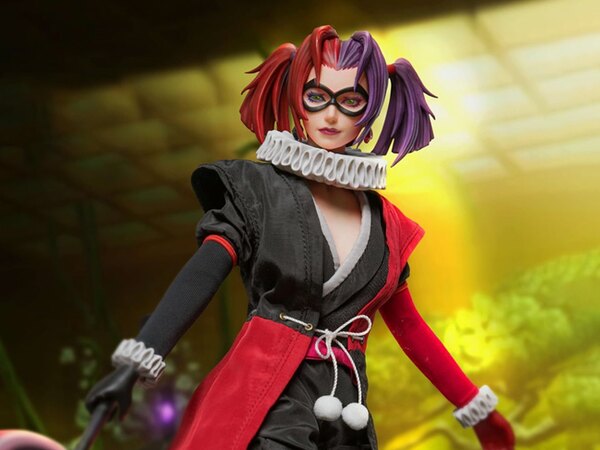