Lone Coconut
by Jay Cochran
March 30, 2022
A new batch of Plunderlings figures from Lone Coconut are up for pre-order at our sponsor BigBadToyStore.com.

Plunderlings is a new fantasy action figure line with a tropical twist. These greedy adorable pirates travel from island to island looking for treasure and mischief. Plunderstrong have made GAINS! With an approx.12 inches wingspan and AB CRUNCH allowing the Plunderstrong to bend 90 degrees. Plunderlong are true masters of arms.

Plunderstrong Captain BlacJak
Captain BlacJak is one Plunderstrong you don’t want to mess with. He quickly rose through the ranks with a ruthlessness which inspires fear even within his accomplished crew. Impatient and bad-tempered, he is not one for words rather letting his cannonballs do the talking. With his handheld cannon, he is capable of blasting entire ships apart. He learned his cruelty from back when he used to be first mate to Captain Ojoe, but that was before the accident.

Plunderlong Captain Ojoe
Captain Ojoe was once the most feared Plunderlong of the plundered isles until he vanished and was thought to be dead. But what was once thought to be just the whispers of sailors turned out to be true, and the great Captain Ojoe has returned to take his rightful place amongst the pirate commanders. It seems he has come back with new injuries as well as a chip on his shoulder to take down those that have wronged him in the past. Believing the hand of fate is on his side, this experienced tactician and militant leader makes for the most terrifying of foes.

Plunderstrong Berserker Mango
Mango the Berserker aka "El Diablo Naranja" aka "The Tangerine Tyrant" is a skilled fighter and grappler. This masked Plunderstrong always stands tall with pride because he is the one and only Champion Belt Holder in the famous LUCHA DE LAS PALMAS tourney, where he also won his legendary gilded axe. He loves to please an audience and garner attention from his adoring fans. But nothing gets him more worked up than finding a challenger that lets him show off his formidable strength with flair. If it's a competition you better believe he is in it to win, no matter the cost.

Plunderlong Berserker Pyke
Pyke the Berserker is a Plunderlong of few words. This stoic character has dedicated his life to the way of the spear of which he was trained by an ancient master. If you are caught sneaking about the ship he is the last person you want to run into because you will definitely find yourself on the wrong side of his lance. Being fiercely loyal to his captain, you couldn't choose a better guard to have your back and protect the loot. Since sometimes the best defense is a good offense, he can snipe his enemies with his long-range slingshot rifle just so that they don't get any ideas.

Plunderstrong Raider Blitz
Blitz the Raider has an insatiable appetite for eating and fighting. This Plunderstrong is always eager to prove himself in combat and will be the first to board an enemy ship even when he is at a clear disadvantage. This not-so-jolly green giant is most dangerous when he is hangry because he is overcome by a gluttonous rage. The only way to stop his rampage is by being knocked unconscious or a good old-fashioned home-cooked meal of hearty proportions.

Plunderlong Raider Ace
Ace the Raider is just your regular sword-swallowing, knife-flinging, dagger-juggling Plunderlong. His silver tongue and razor-sharp wit are as dangerous as his blades. Blessed and burdened with the gift of gab, he talks his way into almost as many problems as he talks himself out of. When he starts spinning the yarn about one of his tall tales, be careful what you believe… you can be sure this crafty fiend has ulterior motives in store.
Image 1 of 8 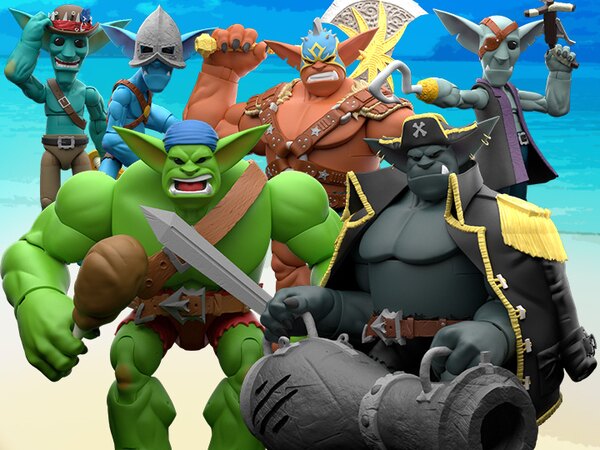 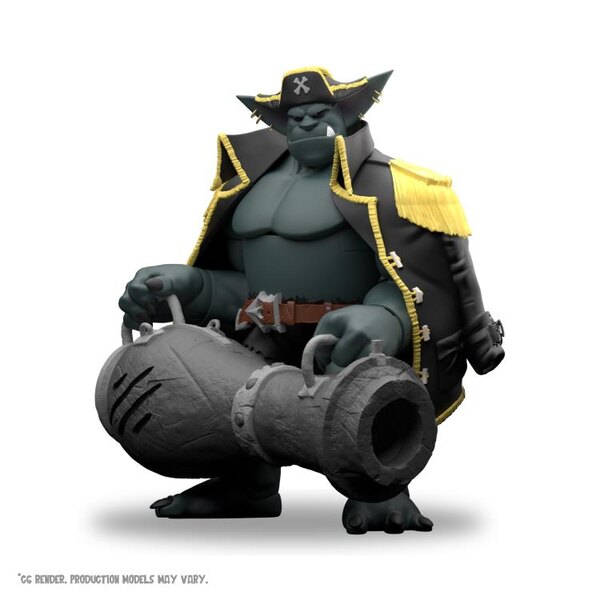 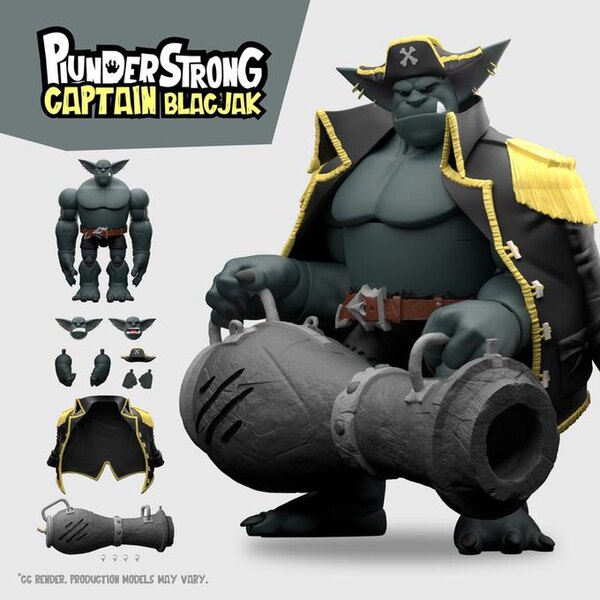 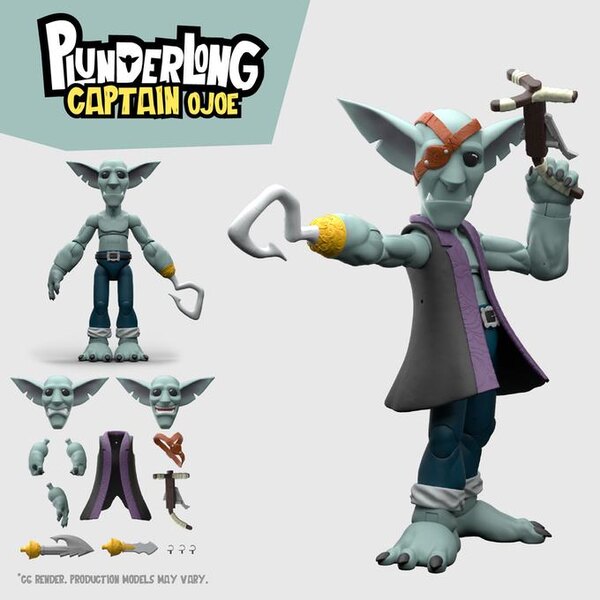 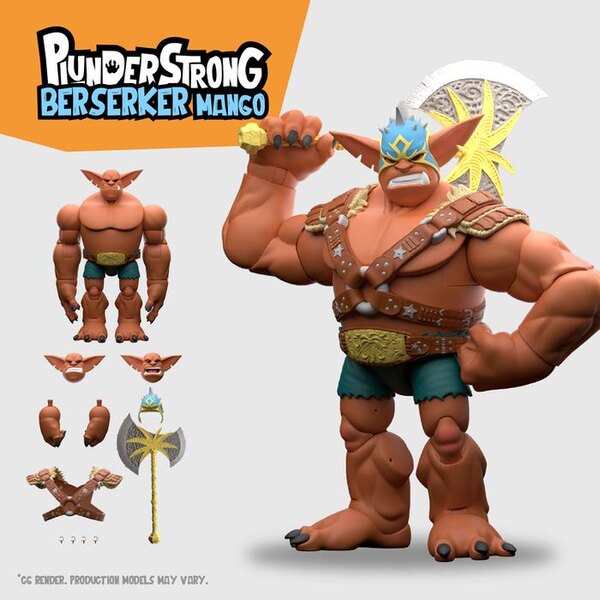 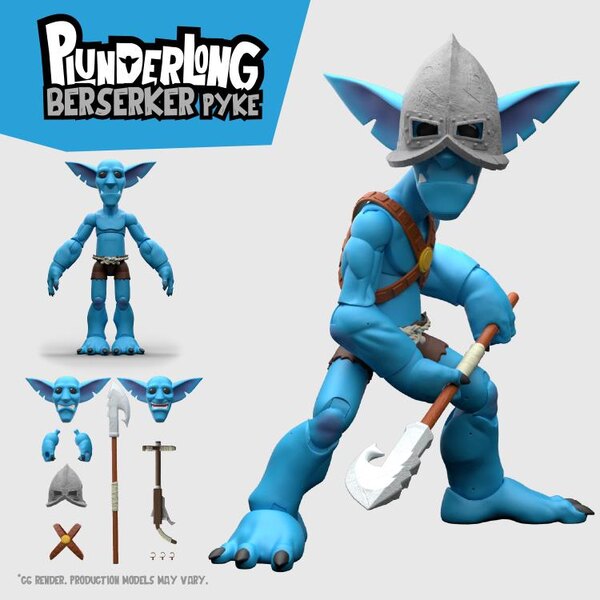 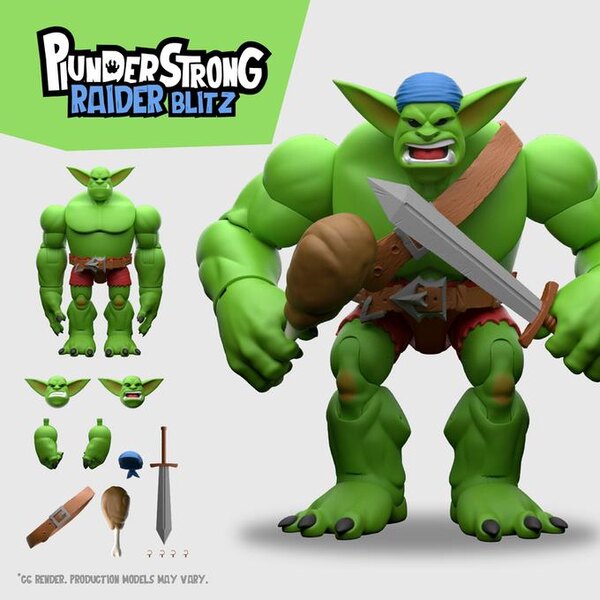 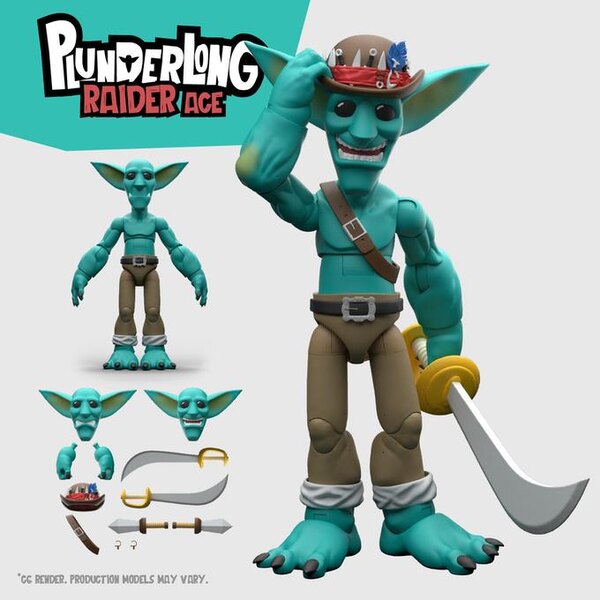 Rusty looks cool. He's got a real Steampunk vibe to him.

Rusty, the Plunderlong Tinker, is absolutely certain that the Plunderfolk are on the cusp of a great mechanical revolution. This engineer cut his teeth working the docks of the bustling dock-city, The Big Anchor, but his restless mind is always coming up with insane solutions to impossible engineering problems. If you have repairs that no other mechanic will touch, Rusty is your guy. Just make sure you carry enough shinies to pay up. His fees are high to cover his costly research into experimental machine-making. And if you try to bargain with his genius, he'll have no problem giving you a good wack with his massive monkey wrench! Something which he also does regularly to get his inventions working. You can pre-order this figure from our sponsor BigBadToyStore.com.

The Cursed Naufrag is a parasitic nautilus, that happened upon an unfortunate Plunderstrong sinking into the oceans abyss. As a small shellfish it once had the terrifying experience of being caught in a fishing net, and since then has vowed to make the landlubbers suffer. Seizing the opportunity the Naufrag attached itself to the drowning deckhand, taking over his mind and transforming his body into a crab-clawed abomination. It now plans to make the most of its host, terrorizing Plunderfolk and causing chaos to those who dare sail near its waters. Called The Blue Barnacle (a name which he despises) the Napoleonic Naufrags maniacal ego has made him a threat to all who stand in its way to nautical domination! You can pre-order this figure from our sponsor BigBadToyStore.com. 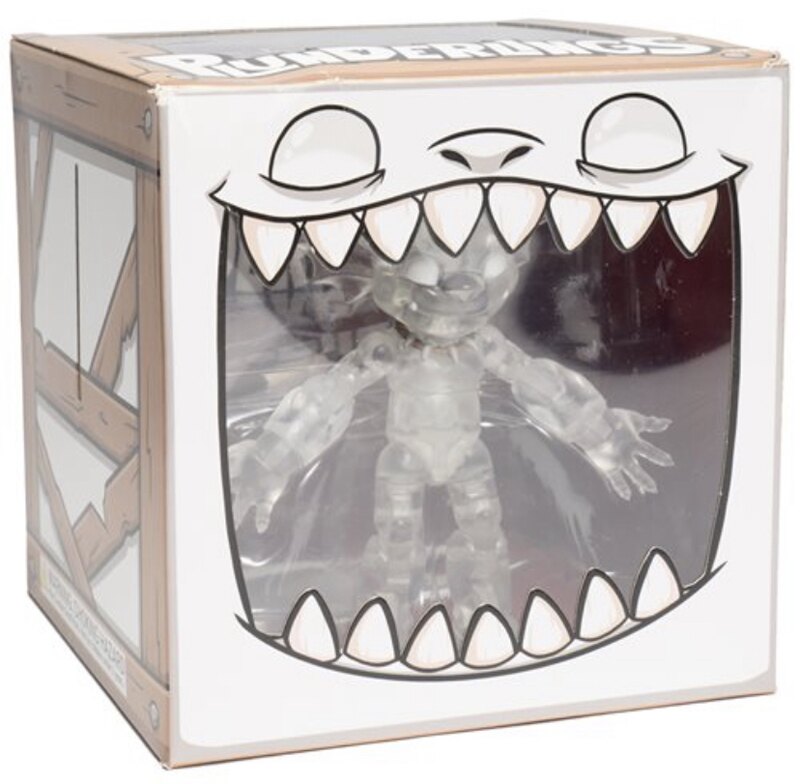 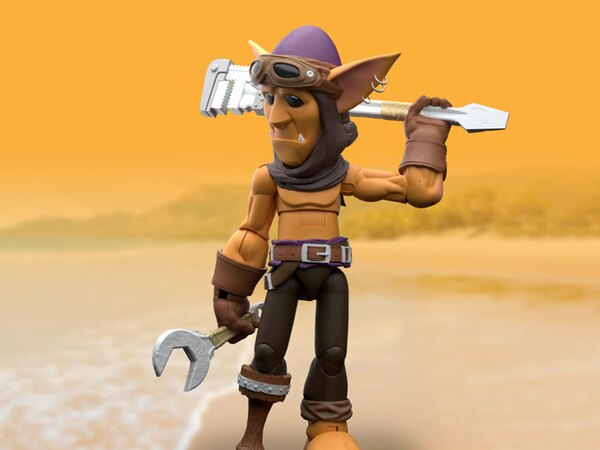 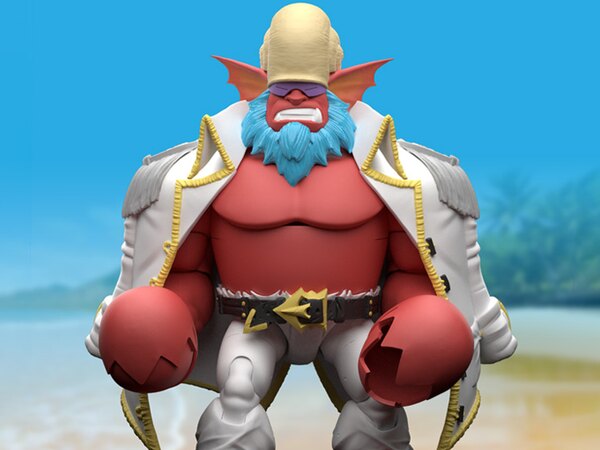 Plunderlings Figures Up For Pre-Order At BBTS 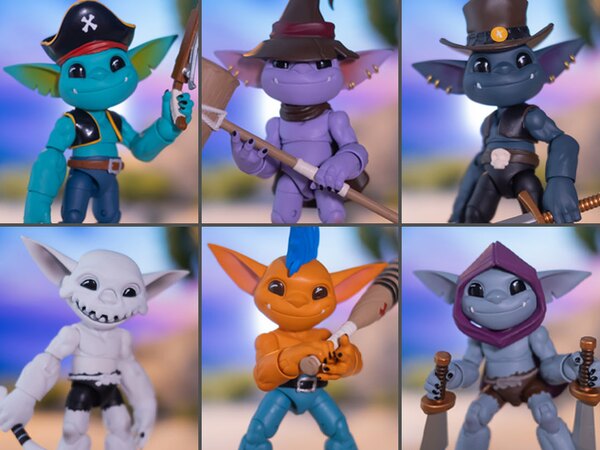