GI Joe
by Jay Cochran
April 26, 2010
After countless defeats at the hands of the G.I. JOE team, the ruthless COBRA organization has taken a drastic leap towards global domination by joining the ranks of the ancient race of COBRA-LA. When DUKE falls in the line of duty, it’s up to SGT. SLAUGHTER, LT. FALCON, SNAKE EYES and the rest of the G.I. JOE team to prevent SERPENTOR, DESTRO and COBRA-LA’s GOLOBULUS from releasing a deadly spore into the Earth’s atmosphere and devolving the human race. 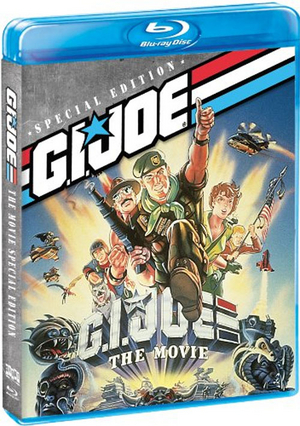 A 40,000-year-old race of snake people resurface, and with help of SERPENTOR, DESTRO, BARONESS and DR. MINDBENDER, they plan to eliminate all of mankind and rebuild COBRA-LA. Once rulers of Earth, the Snake people were driven underground by ice-age temperatures. While in exile, they developed a plant whose spores turn ordinary men into mindless, weak animals. The key to their plan is the G.I. JOE team’s secret project – the Broadcast Energy Transmitter. Only this device generates enough heat so that the spores can mature. Humankind's very existence depends on the G.I. JOE team, but are they strong and smart enough to fight a warrior race with 40,000 years of experience?

BONUS FEATURES AVAILABLE SPECIAL COLLECTORS EDITION:
• Audio commentary with story consultant Buzz Dixon
• The final 8 “Knowing Is Half The Battle” PSAs that were not on the G.I. JOE: A Real American Hero – The Complete Series DVD box set.
• Original Printable Screenplay –this script was written prior to DUKE’s miraculous recovery and, thus, DUKE is dead. The script was not altered from this version on paper, but the audio session had an added line where Duke was going to survive the attack.
• Art gallery
• Blu-ray + DVD Combo Pack Exclusive: Optional 16x9 Widescreen and 4x3 Full Frame Presentations 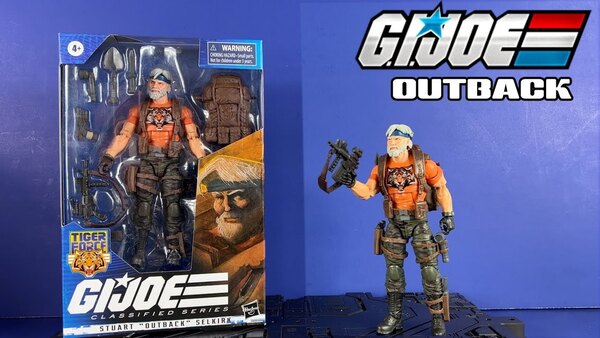