GI Joe
by Jay Cochran
September 08, 2010
Here is an official release breaking down many of the characters and the voice actors who will be playing them in the upcoming new G.I.Joe: Renegades animated series.

G.I. Joe is back and better than ever in this new and brilliantly reimagined animated series. The story begins as a newly acquainted team of soldiers investigates Cobra, one of the world’s largest corporations and soon finds out they are a cover for nefarious deeds. When the investigation goes bad, a conspiracy soon forces this team on the run as they’re hunted by both government forces and agents of Cobra.

This action-packed animated series goes back to basics with the origins of G.I. JOE, the world’s most elite fighting force, and their evil nemesis, the Cobra organization. Witness the emergence of the heroic G.I. JOE team as a cadre of highly-trained specialists who are forced to band together to prevent the nefarious forces of Cobra from achieving global domination. 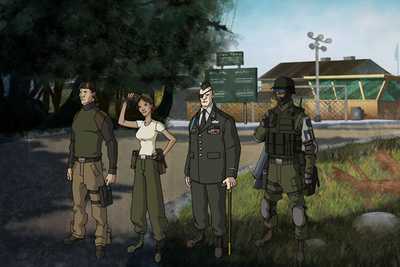 DUKE - Sergeant Conrad Hauser (Jason Marsden)
Squad leader
Weapon of choice: Plasma Pulse Pistol
A former Midwestern high-school farm boy/football hero, CONRAD “DUKE” HAUSER has stepped into the role of “squad leader” of the G.I. Joe team. He’s instinctive, but believes in contemplation before provocation, and is always driven to do the right thing, regardless of what others might think. CONRAD “DUKE” HAUSER is respected and liked by his teammates. He’s decisive and will bend the rules when necessary, but is wholly willing to take responsibility for his actions. His main concern is for the safety of his fellow G.I. Joe team, but he also believes he has a duty to assist those in need.

SCARLETT - aka Lieutenant Shana ‘Scarlett’ O’Hara (Natalia Cigliuti)
Intel specialist
Weapon of choice: High Tech Plasma Pulse Crossbow
A sophisticated, well-educated big city girl, SHANA “SCARLETT” O’HARA is a conspiracy theorist and truth seeker, especially when it comes to Cobra. She began her military career as a computer jockey, but wanted to get her hands dirty, so began training in Ninjitsu under SNAKE EYES. SHANA “SCARLETT” O’HARA is skilled at undercover work, and can maneuver her way around a boardroom or high-society reception. But, she has little actual combat experience. She can grow impatient and condescending with those she deems less intelligent than she (which is basically everyone on the team excepting SNAKE EYES), but she quickly comes to realize she can learn a lot from the “ordinary” G.I. Joe team.

SNAKE EYES
Ninja/Commando
Weapon(s) of choice: Sword and Plasma Pulse Uzi
A mute, masked man-of-mystery -- not officially affiliated with the military – SNAKE EYES was a mercenary whom SHANA “SCARLETT” O’HARA occasionally utilized for special missions. He was well-trained by the secretive Arashikage clan in the ways of the Ninja. A loner who’s not used to working with others, even after SNAKE EYES “joins” the Joes on the road, he comes and goes as he pleases. SHANA “SCARLETT” O’HARA knows him well enough to “translate” what he’s thinking; rumors abound amongst the team that their relationship is more than just master and disciple. The G.I. Joe team depends upon the “shadow warrior” skills of SNAKE EYES to stay one step ahead of their pursuers, and his profound sense of honor keeps him “attached” to the G.I. Joe team and their cause.

ROADBLOCK - aka Corporal Marvin Hinton (Kevin Michael Richardson)
Heavy Ordinance Specialist; Mechanic \ Driver; Chef
Weapon of choice: Big Plasma Pulse Machine Gun
MARVIN “ROADBLOCK” HINTON is a brawny African-American country boy from Biloxi. He’s a guitar playing head banger who’s constantly blasting heavy metal though his headphones, and singing along. He’s cheerful… boisterous… a chatterbox. As the team’s de facto chef, his culinary specialties tend toward roadkill. MARVIN “ROADBLOCK” HINTON keeps his positive outlook intact even during the most dangerous of situations…which is pretty much every situation since the G.I. Joe team have been on the run, trying to clear their names and take down Cobra.

TUNNEL RAT - aka Private First Class Nicky Lee (Matthew Yang King)
Medic and Infiltration Specialist
Weapon of choice: Plasma Pulse Sub-Machine Gun
Of Asian descent and hailing from Brooklyn, NICKY “TUNNEL RAT” LEE is an eccentric medic with a prickly high-strung personality and attitude. He spent a lot of his youth exploring subway and sewer tunnels. As a result, NICKY “TUNNEL RAT” LEE is most comfortable in dark, confined places and possesses an arcane knowledge of soil, worms, insects, fungus, and anything else that thrives under or in the ground. Known for his biting sense of humor, as well as his nostril-burning scent.

RIPCORD - aka Private Wallace Weems (Khary Payton)
HALO jumper/specialist
Weapon of choice: Plasma Pulse Sub-Machine Gun
A Fresh-faced African-American rookie who’s eager to prove himself, WALLACE “RIPCORD” WEEMS is an extreme-sport daredevil who is seemingly fearless in battle, and cracks wise every chance he gets. Arguably, his attempts at humor can get a little grating; just ask NICKY

FLINT - aka Warrant Officer Dashiell Faireborn (Johnny Messner)
Commands The Falcons; a military task force assigned to hunt down the Joes.
Now a highly-decorated military officer, DASHIELL “FLINT” FAIREBORN shares a rivalry with CONRAD “DUKE” HAUSER that goes back to their high school football days. And since DASHIELL “FLINT” FAIREBORN knows CONRAD “DUKE” HAUSER better than anyone, he’s put in charge of tracking CONRAD “DUKE” HAUSER down. Wearing his signature beret, DASHIELL “FLINT” FAIREBORN can seem cocky and egotistical upon first meeting, but – underneath -- he’s a very decent man who sees a very clear line between “right” and “wrong.” He has no patience for Cobra conspiracy tales, however, and is all about successfully completing his mission: the capture of the fugitive G.I. Joe team.

LADY JAYE - aka Sergeant Alison Hart- Burnett (Nika Futterman)
A tough and scrappy, “one of the guys” Latina, the “Lady” in ALISON “LADY JAYE” HART- BURNETT is ironic. She and CONRAD “DUKE” HAUSER also have a history together (CONRAD “DUKE” HAUSER once saved her life), and she finds it much harder to believe the accusations brought against him and his team. Recruited by DASHIELL “FLINT” FAIREBORN to aid in his pursuit of the G.I. Joe team, she secretly feeds the G.I. Joe team Intel so they might avoid capture, and provides them with access and much-needed supplies in their battle against Cobra.

COBRA COMMANDER - aka Adam DeCobray (Charlie Adler)
The leader of Cobra who hides behind the very public persona of ADAM DECOBRAY, the benevolent, reclusive CEO of Cobra Industries -- a man who doesn’t actually exist (except as simulated video images). The real COBRA COMMANDER is a mysterious, masked megalomaniac who believes humanity is doomed, and must be destroyed and replaced with something better. While not physically intimidating, COBRA COMMANDER inspires tremendous fear and wields incredible power.

BARONESS - aka Anastasia Cisarovna (Tatyana Yassukovich)
ANASTASIA “BARONESS” CISAROVNA, is Cobra Industries’ communications director and chief architect of their benevolent public face. She’s also a ruthless, femme fatale corporate saboteur, chiefly responsible for covering-up Cobra’s nefarious tracks by eliminating witnesses and tying-up loose ends. As such, she has made the hunt for the G.I. Joe team her top priority.

DESTRO - aka James McCullen (Unkown Voice Actor)
A Scottish weapons dealer/manufacturer descended from a long line of magnates, JAMES “DESTRO” MCCULLEN began M.A.R.S. Industries as a competitor to Cobra, until M.A.R.S. was acquired by COBRA COMMANDER in a VERY hostile takeover. As “punishment” for crimes against the “Snake”, JAMES “DESTRO” MCCULLEN is forced to wear an irremovable metal helmet. He now serves Cobra with his technologically-advanced designs and business acumen, all while biding his time until he can overthrow COBRA COMMANDER and regain control of his family business.

DR. MINDBENDER - Dr. Brian Bender (Charlie Schlatter)
DR. BRIAN “MINDBENDER” BENDER is head of Cobra’s secretive bio-tech division. A gifted, brash genius in genetic engineering, cloning, mutation and cellular regeneration, DR. MINDBENDER is full of youthful enthusiasm for his work -- even though it typically involves the dangerous, the unethical, and the illegal. Cobra’s secret Bio Viper program provides the perfect playground for this deranged scientist; what DR. MINDBENDER lacks in conscience, he makes up for with attitude.

ZARTAN (Unknown Voice Actor)
A ruthless biker gang-leading thug, ZARTAN becomes a valuable asset to Cobra (and an incredible threat to the G.I. Joe team) when he stumbles upon and becomes the only person who can wear an experimental Cobra “chameleon tech” suit -- giving him the ability to perfectly mimic the appearance, voice, and mannerisms of anyone the suit comes into contact with.

MAJOR BLUDD - aka Sebastian Bludd (Unknown Voice Actor)
A bloodthirsty Aussie whose dirty deeds are for sale to the highest bidder. And nobody bids higher than Cobra. An up-and-comer with something to prove, MAJOR BLUDD is determined to be the greatest mercenary in the world, and earn the giant paycheck that goes with it --especially the bounty attached to the capture (or demise) of the G.I. Joe team.

TOMAX AND XAMOT ((Unknown Voice Actor)
Identical twins with fantastical abilities in hypnotic persuasion and mind control, TOMAX and XAMOT began as crooked cult leaders who harnessed their powers to fleece “Believers” – including BRIAN “MINDBENDER” BENDER. Despite being enslaved by Cobra, the Twins plan to enhance their natural abilities and unleash their wrath upon the world. The key to their success lies in their connection to one another, a telepathic force so strong that if one twin is struck, the other feels every bit of pain.


There will be 26 episodes in the first season and each episode will be 30 minutes long. The exact start date and time have not yet been revealed but the episodes will air sometime during The Hub's Kids Prime Block between 3-6 PM. The series is set to debut in the first week of the networks 10/10/10 launch.

Also head over to TFormers.com for more information on Hasbro's other new animated series, Transformers: Prime.
Image 1 of 12 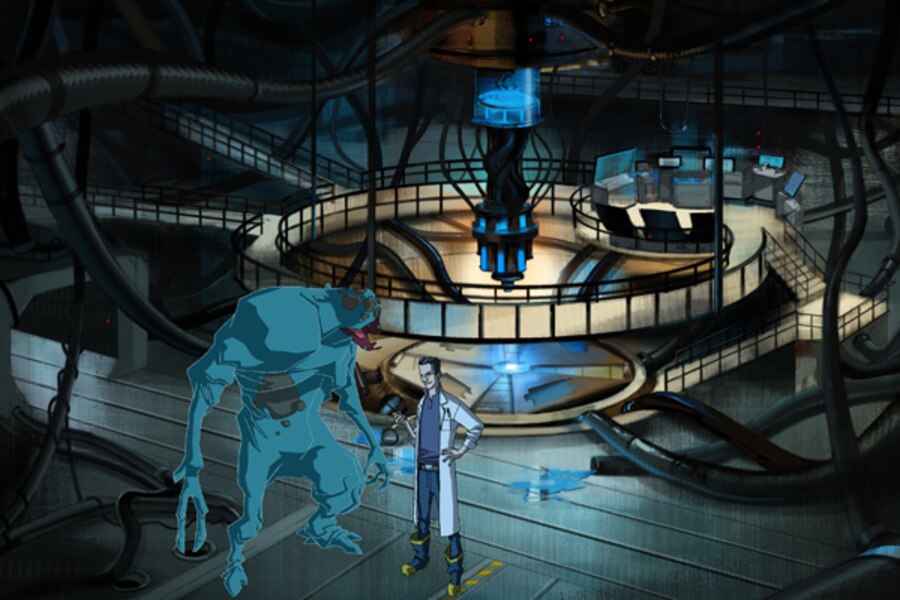 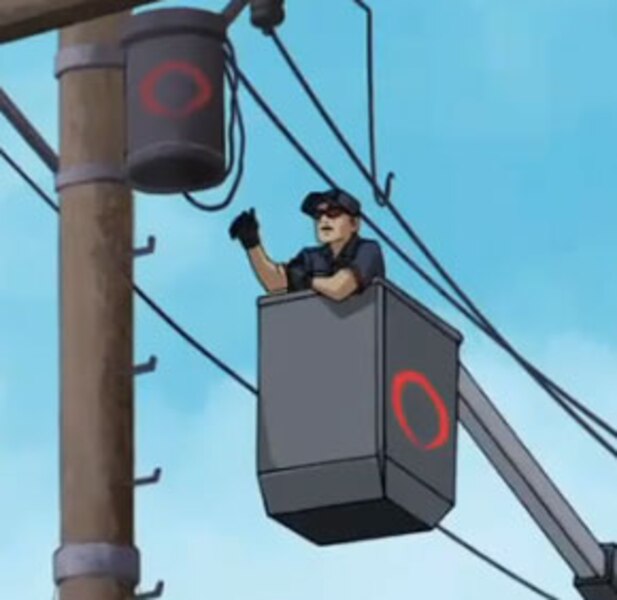 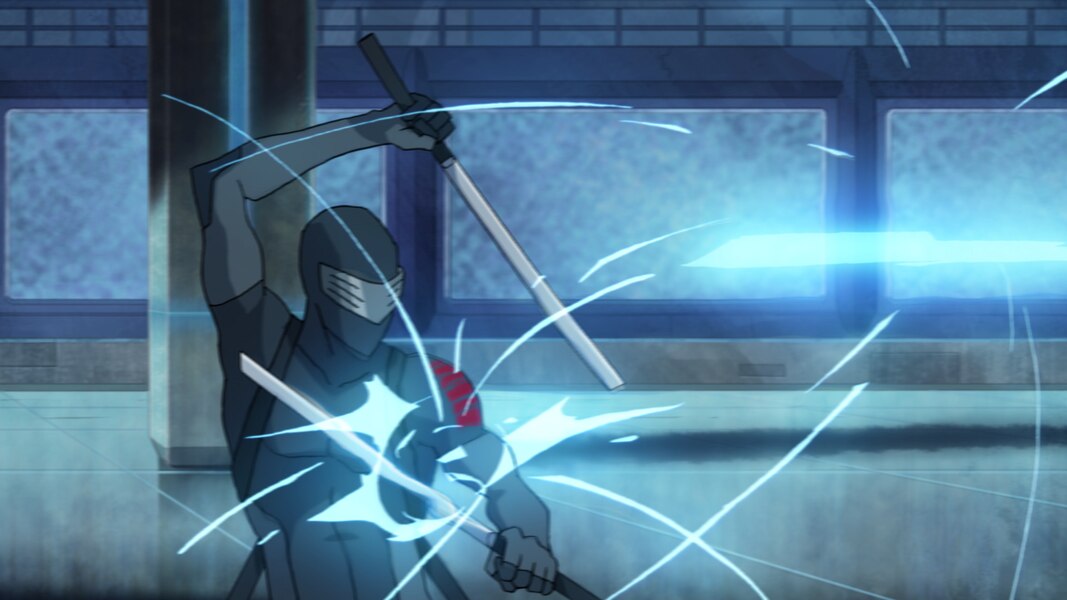 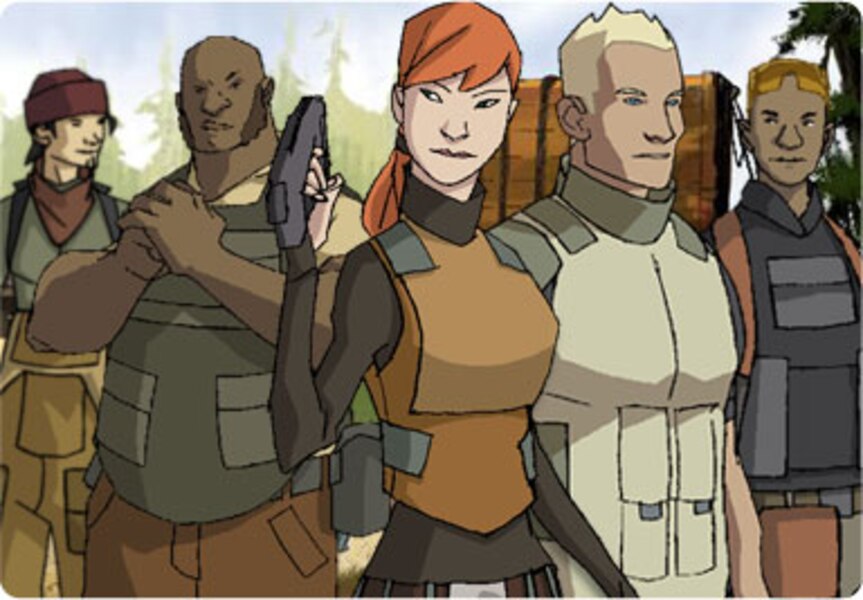 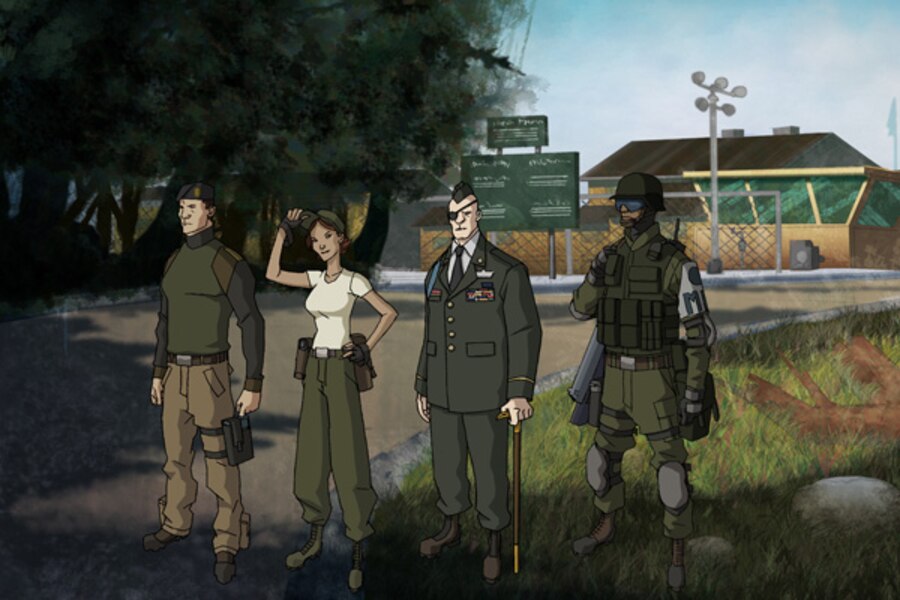 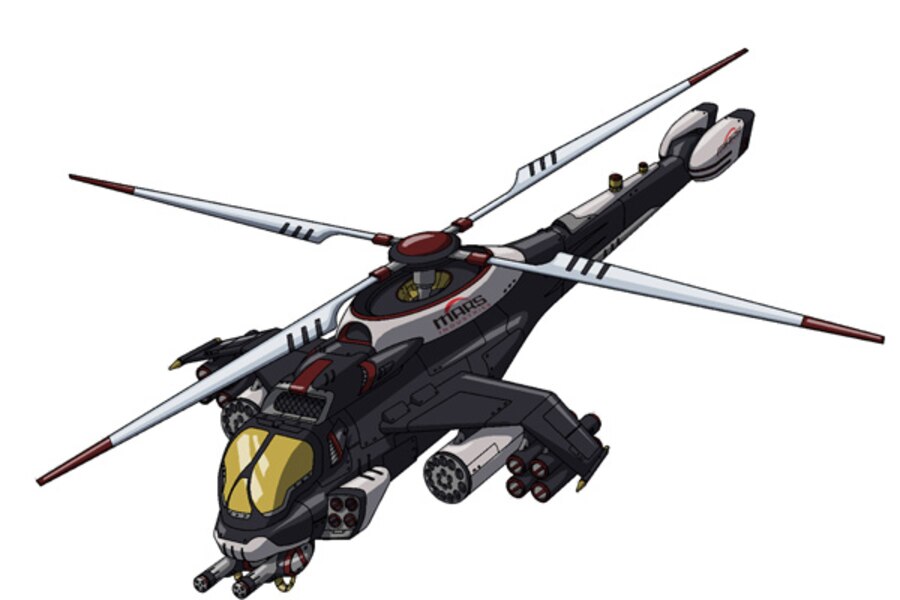 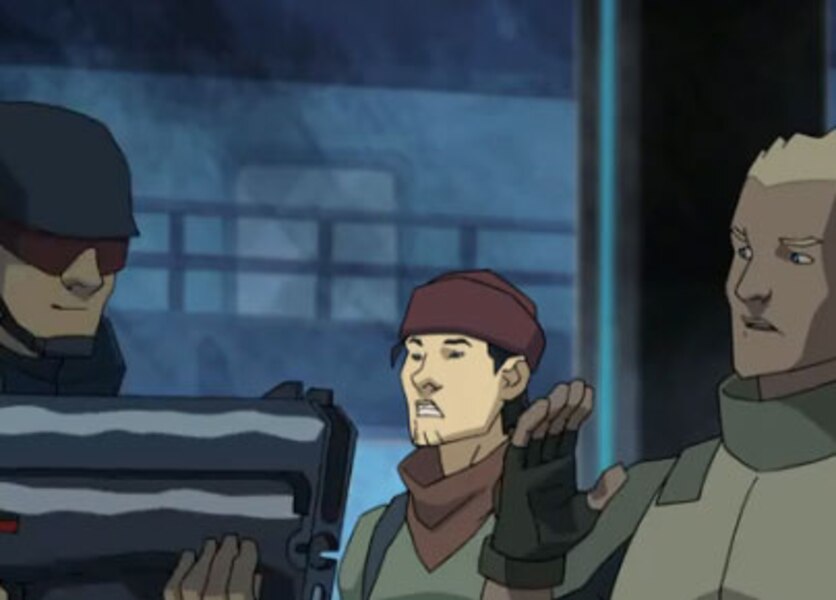 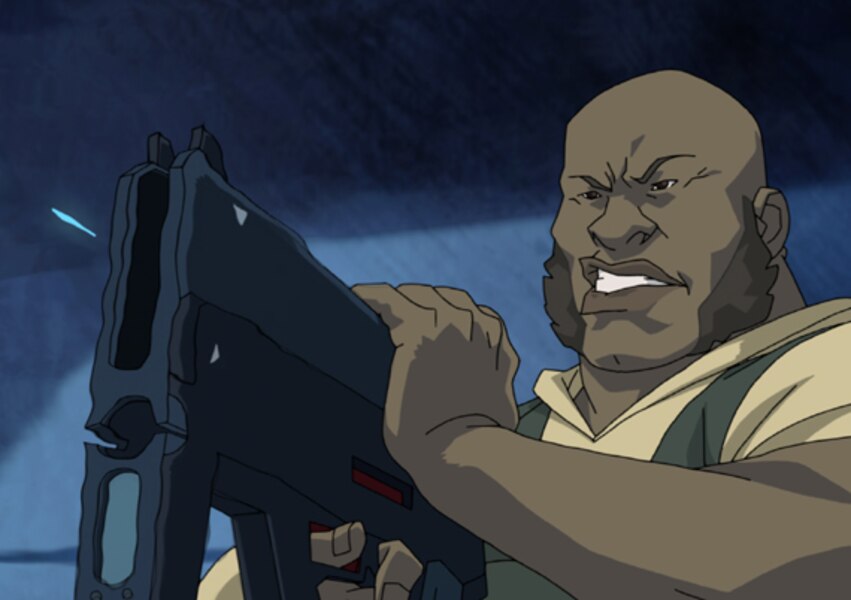 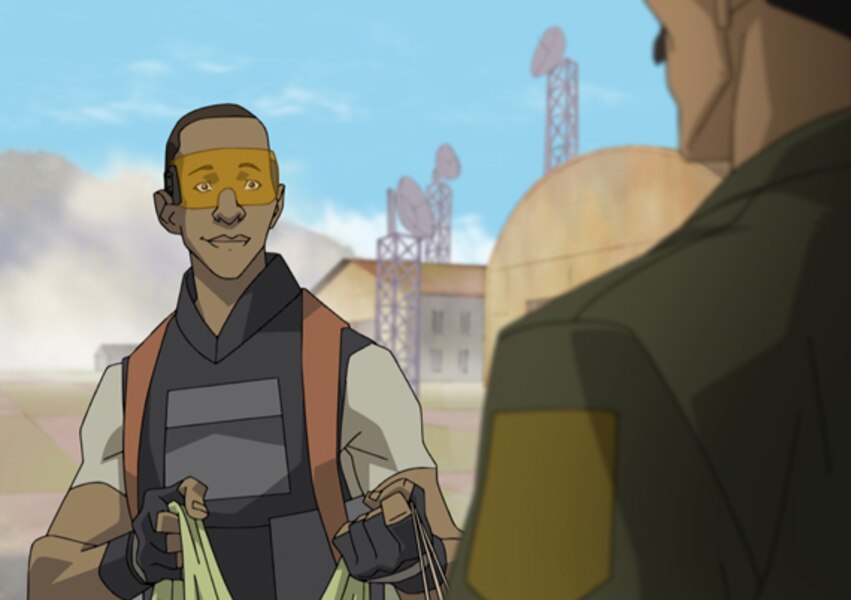 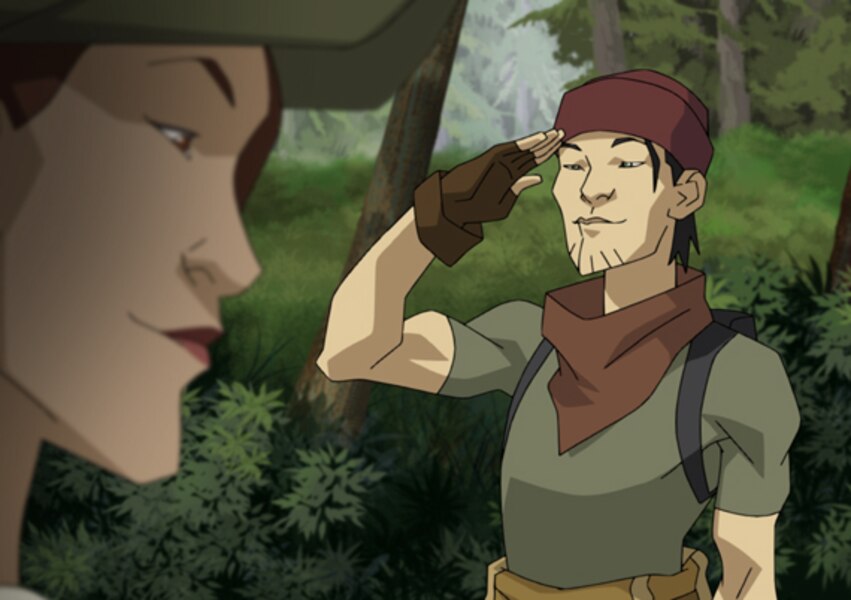 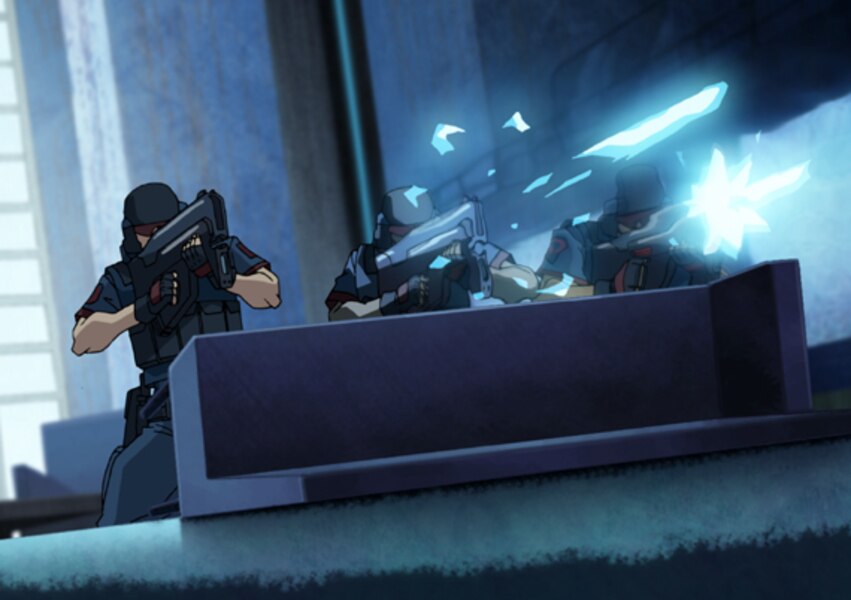