GI Joe
by Jay Cochran
May 03, 2011
The folks over at The Terror Drome have gotten a confirmation from reader HissCommander who seems to work at Target about the price for the upcoming G.I. Joe 30th Anniversary Skystriker toy. According to them it will retail at Target stores for $34.99 and should be out late August or early September. They also indicate the Target DCPI# which is an internal number Target uses to track their store inventory is 49087061681. This number can come in handy when looking for the item because you can often ask Target employee's to check the stockroom for you to see if they have the item in stock.

Now as far as I know, the Skystriker is not a Target store exclusive. At Joecon last month Hasbro showed this item with a APR (Average Retail Price) of $29.99. Now the APR is only the price Hasbro suggests the item should be sold for, but in the end it is up to the individual retailer to set the price they wish to try and sell the item for. So what does this mean? Well it means that another retailer if they decide to carry this item could choose to sell it at a lower or higher price than the $34.99 price tag Target seems to be shooting for.

The new Skystriker XP21F is based on the original Skystriker released by Hasbro in the 80's. It is part of Hasbro's G.I.Joe Vs. Cobra's 30th Anniversary line. The toy is a new mold and has some differences from the original one. Most notably, the cockpit only seats one figure now as opposed to 2 and the seat is not removable, nor does it have the parachute feature the original had. The vehicle does come with a new version of the Ace figure.

There is also a special limited-edition San Diego Comic Con exclusive version being released in July that will depict the jet as the Transformer Starscream from the original G.I. Joe/Transformers Marvel Comic crossover series. That version will come with a Cobra Commander figure with a Megatron gun and cost $49.99. For more on that, click here.

Check out detailed images from last month's Joecon of the upcoming new Skystriker toy below.
Image 1 of 5 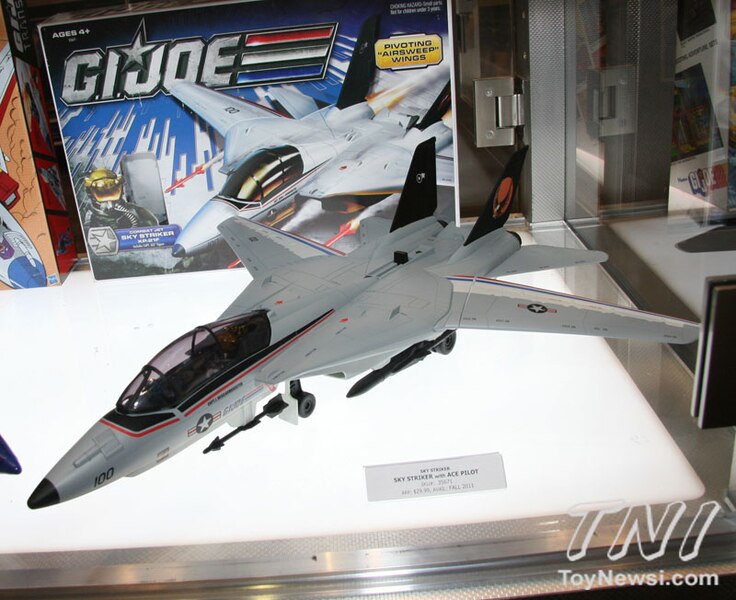 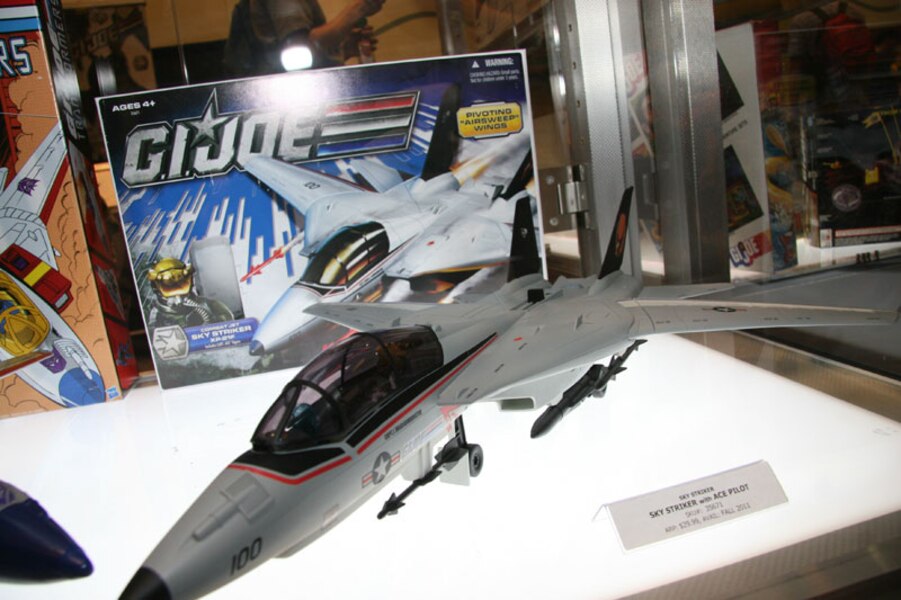 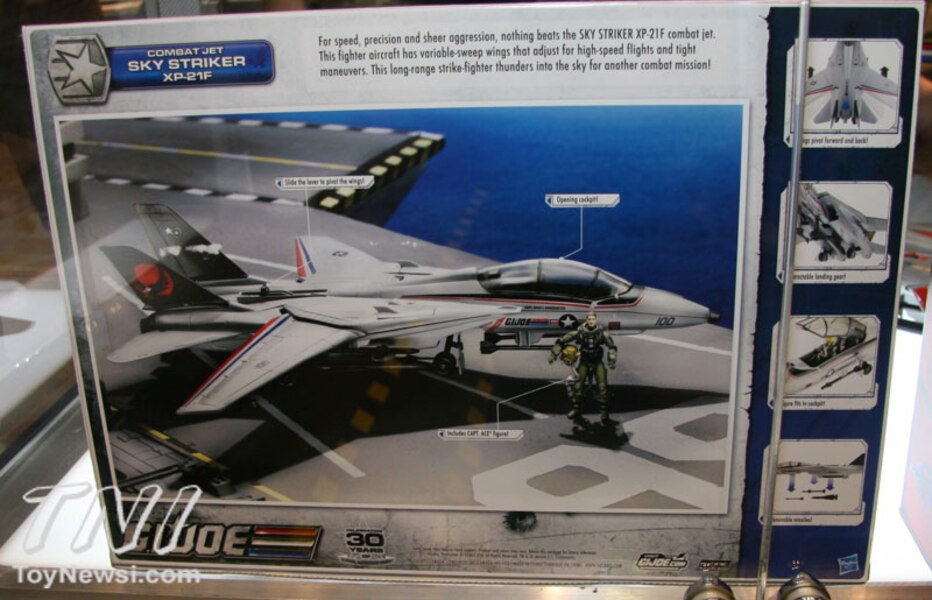 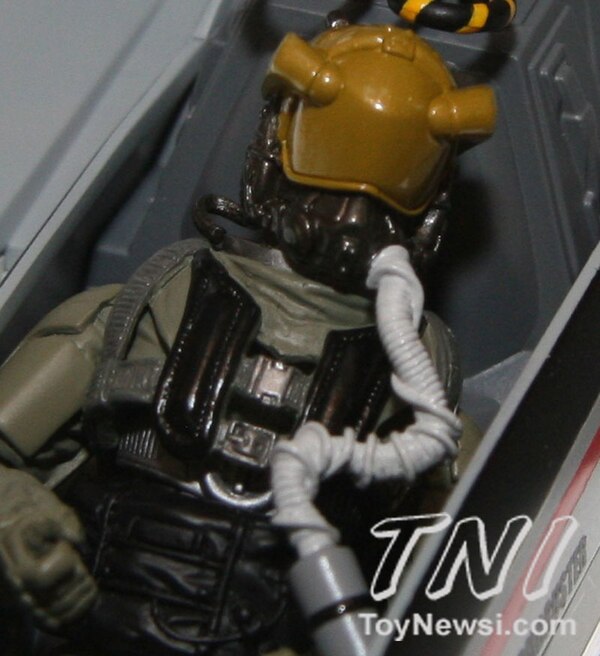 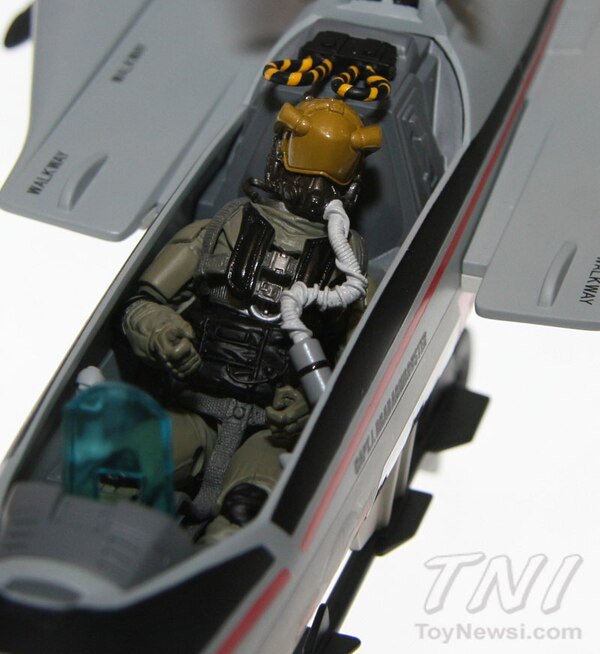