GI Joe
by Jay Cochran
December 14, 2012
As part of the re-launch of G.I. JOE comics, based on the iconic brand from Hasbro, IDW Publishing is thrilled to announce G.I. JOE: SPECIAL MISSIONS! A new ongoing series helmed by comics legends Chuck Dixon and Paul Gulacy, G.I. JOE SPECIAL MISSIONS chronicles the G.I. JOE team members still operating undercover in the wake of many of their identities being exposed to the public. Tying directly into the story of Fred Van Lente and Steve Kurth’s G.I. JOE, Special Missions’ first arc shows how the evil BARONESS ends up high and dry in the eponymous G.I. JOE book.

As the raven-haired saboteur extraordinaire martials her forces and attempts to find her way back into the fold of multi-national terror organization COBRA, SCARLETT must put together an elite team to covertly de-fang the storied villainess! Calling on the best covert operators the G.I. JOE team has to offer, readers will be treated to adventures starring beloved characters like BEACH HEAD, MAINFRAME, TRIPWIRE, HARD DRIVE, ICE BERG, and STALKER, just to name a few!

“Special Missions was always my favorite of all the original, classic G.I. JOE comics,” said an enthusiastic Dixon. “Larry Hama and Herb Trimpe did an amazing comic as well as monthly tutorials on comic book storytelling. I'm knocked out to get a shot at this title and having Paul Gulacy work with me is one of those too-good-to-be-true scenarios!”

“I could read Chuck Dixon writing hard military stories all day long,” said series editor Carlos Guzman. “Nobody's better at telling covert action stories than Chuck and Special Missions is him at his best, telling the most action-packed stories of his distinguished career. And when he’s paired up with his longtime collaborator Paul Gulacy? You can't ask for more than that.”

An espionage-fueled counterpoint to the explosive media madness of the ongoing G.I. JOE title, G.I. JOE: SPECIAL MISSIONS is a must-read for all G.I. JOE fans. If all that weren’t enough, the inaugural issue will feature a cover by Brandon Peterson, a wraparound cover by Jamal Igle, and a special Untold Tales of G.I. JOE cover by Jim Rugg!

Harkening back to the classic Special Missions and featuring one of the most battle-tested creative teams in comics, G.I. JOE: SPECIAL MISSIONS promises to be an instant classic! 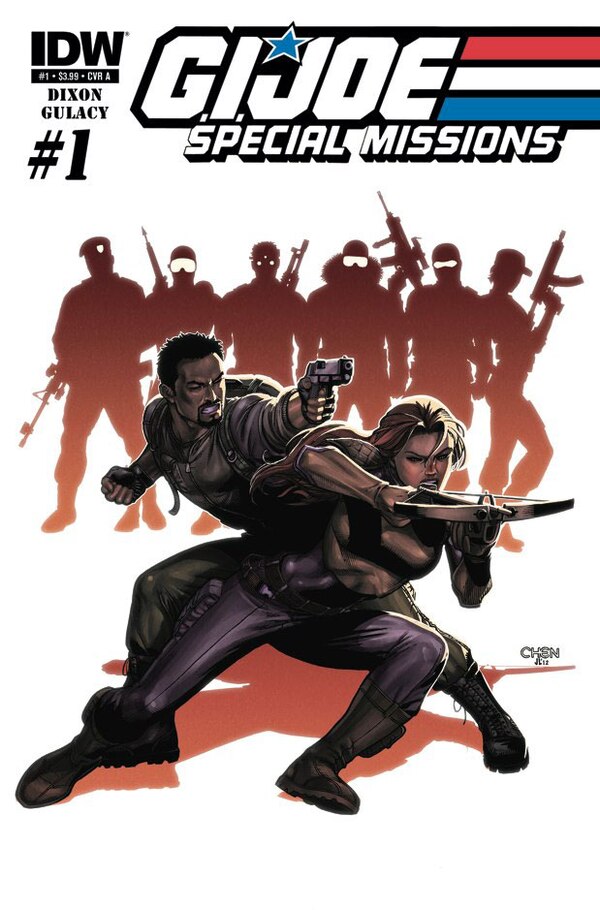