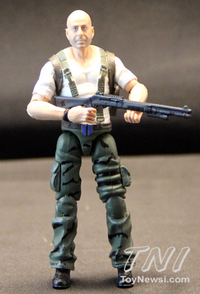 Yippie-Kai-Yay, Motherf@#@r, Hasbro gives us Bruce Willis in 3.75” form with this new G.I. Joe: Retaliation Joe Colton figure. Is this figure a customizer dream for those who have always wanted a John McClane figure from the Die Hard movies or is this just another figure with no hair? Read on to find out.

Packaging - If you have followed any of my previous G.I.Joe: Retaliation reviews, then you know I am not a big fan of the generic packaging being used for this line. It’s boring and generic and the lack of the traditional filecards just makes it all the worse. I apologize for not having packaged pics with this review; I accidentally deleted the ones I took after opening the figure and tossing the packaging. But let’s be honest, if you’ve seen one Retaliation cardback you have pretty much seen them all. 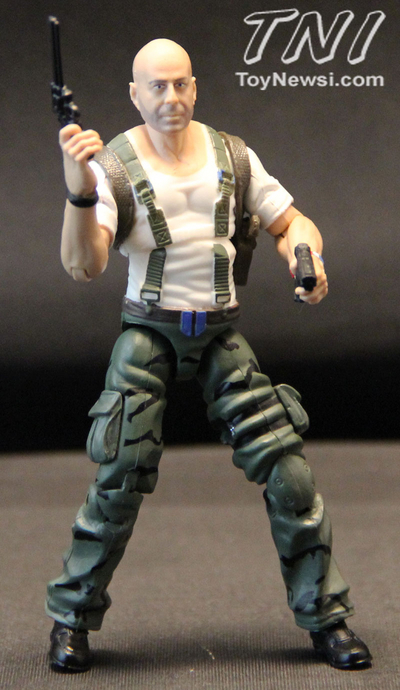 Sculpt - Like with most G.I. Joe figures these days, this figure incorporates parts from previously released ones. The torso used on this figure comes from the Pursuit of Cobra Recondo figure. Unlike Recondo, the figure can look up. The legs are from the Pursuit of Cobra Jungle Assault Duke. The torso has the suspenders sculpted on the figure which looks a little funny when you swivel the figure at the torso joint because the top half does not match the bottom.

The head sculpt minus the eyes (which we will discuss more in the paint section) is pretty Bruce Willis like. He has a black wrist watch or something sculpted on his right arm and another wrist band painted in red, white and blue colors on his left arm. I am not sure if thats something from the movie or something Hasbro just added for the fun of it. 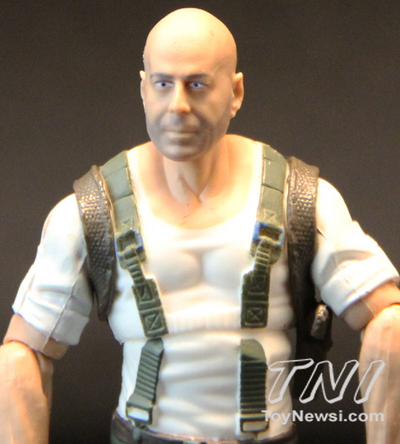 Paint - The paint job on this figure is pretty good except for one area, the eyes. I am not sure what happened here but with every Colton figure I have seen, the eyes have been painted to make him look cross-eyed. My figure actually isn’t as bad as others I have seen. It’s a shame because this really throws off the overall look of what otherwise is a pretty good-looking figure. The face also incorporates some of Bruce Willis’ 5 o’clock shadow which is a nice touch. The pants are painted with a nice looking camo pattern, and the skin tones used here are pretty solid looking. Other than the eyes, the only other area where the paint is a little lacking is on the shoulder joints. At least on mine, you can noticeably see skin tone paint where it should be white. 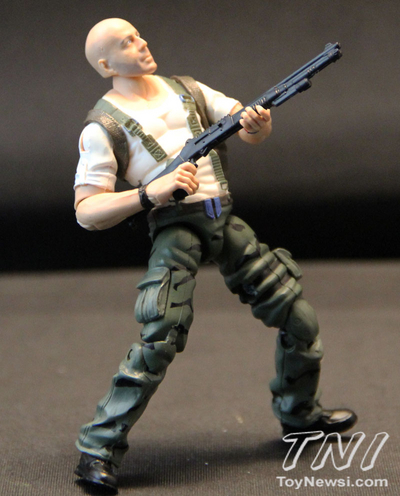 Articulation - Colton has pretty standard articulation for a Joe figure. His head is attached on a ball joint, and he can look left and right with some up and down movement. As we mentioned before, the figure can look straight ahead without any problems. Arms are attached with traditional swivel-hinged shoulder joints. He has swivel-hinged elbow joints and wrists. He has the torso ball joint that gives him decent movement in the mid-section, and the legs are attached with the typical Joe t-bar design. Finally the figure has double-jointed knees and swivel-hinged ankles. 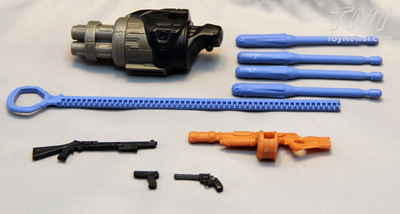 Accessories - He comes with a big yellow machine gun that attaches to a giant rocket launcher able to fire four rockets with a zip-pull type feature. This is the same kind of weapon found with the wave 1 G.I. Joe Retaliation Duke figure. The big yellow gun is also a weapon that is supposed to come with Hasbro’s Marvel Legends series 3 Blade figure, assuming that figure is actually released. The weapon is way to big for these Joe figures. I understand the rocket launcher was added as a play feature for kids, but he can barely hold the rifle without the big heavy rocket launcher attached to it, and when you add the launcher on it just makes the figure fall over due to the weight.

The figure also comes with a shotgun, .45 pistol and a Colt revolver. The figure has a non-working shoulder holster which is made of rubber instead of being sculpted on. It’s not removable though. It would have been cool if they made this holster useable for the Colt. 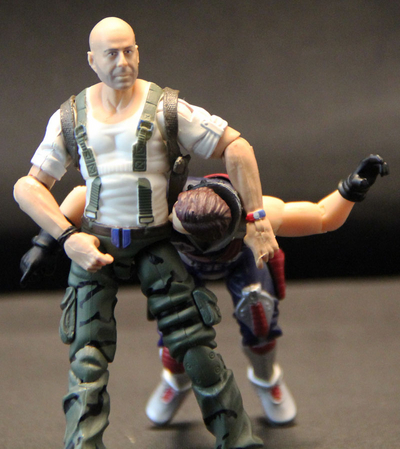 Overall - This would have been a lot better figure if the paint job on the eyes had not been screwed up. Other than that, you have a pretty solid figure here and will probably be the closest thing we ever get to a McC lane figure. 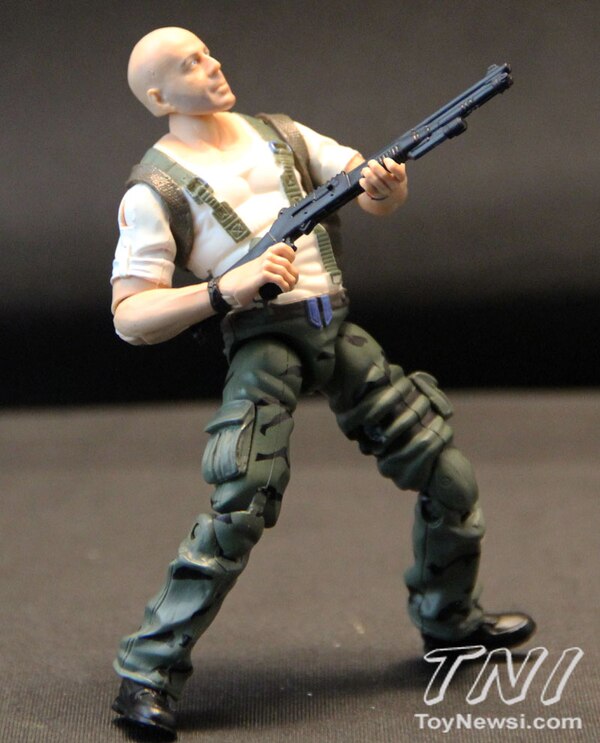 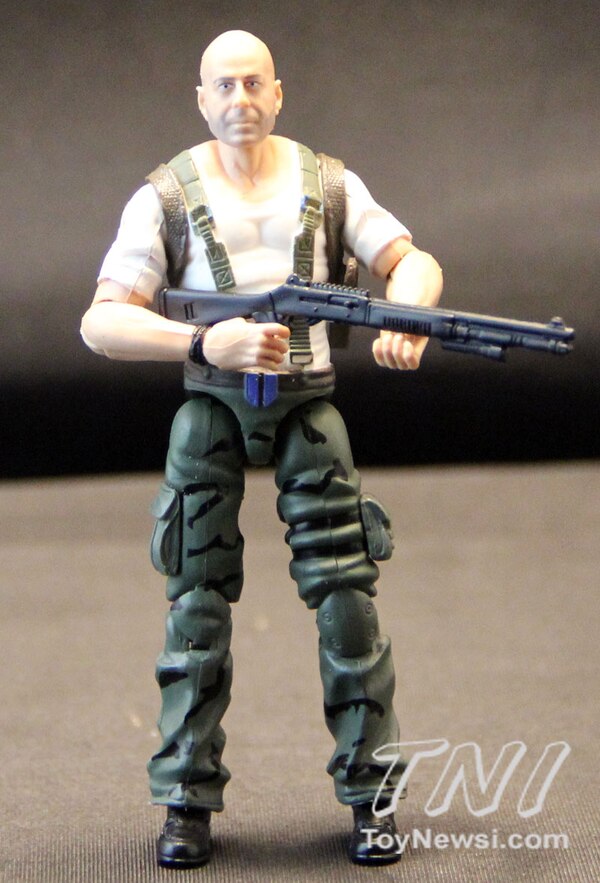 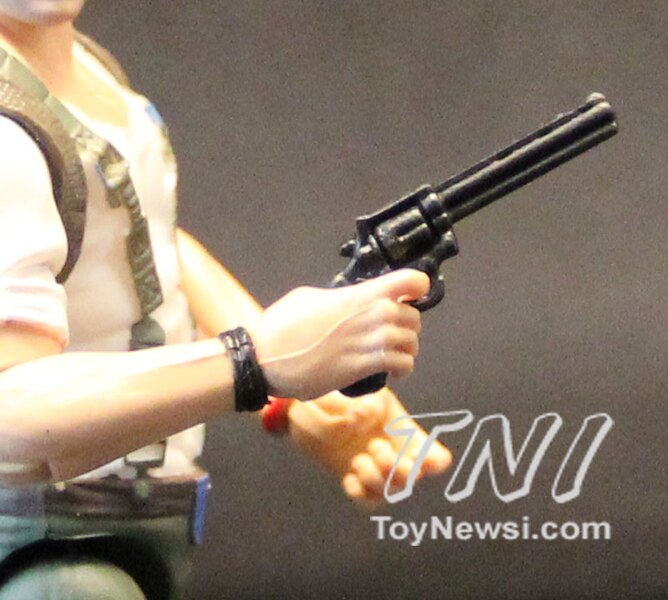 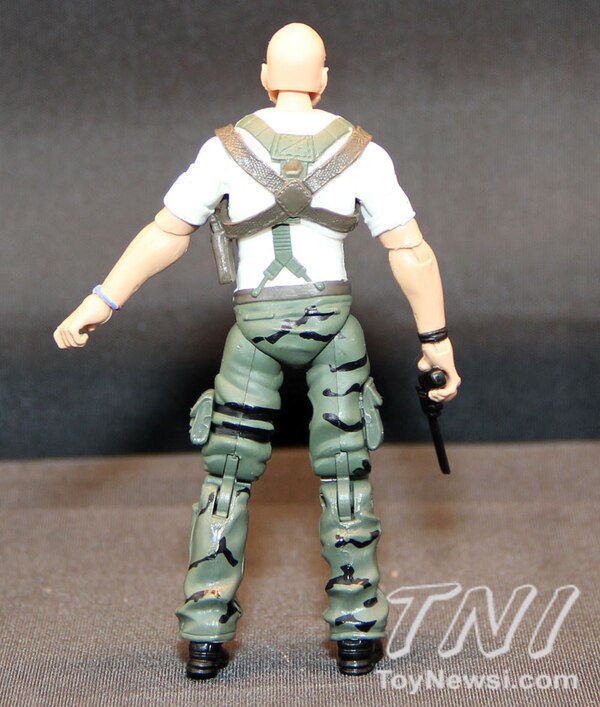 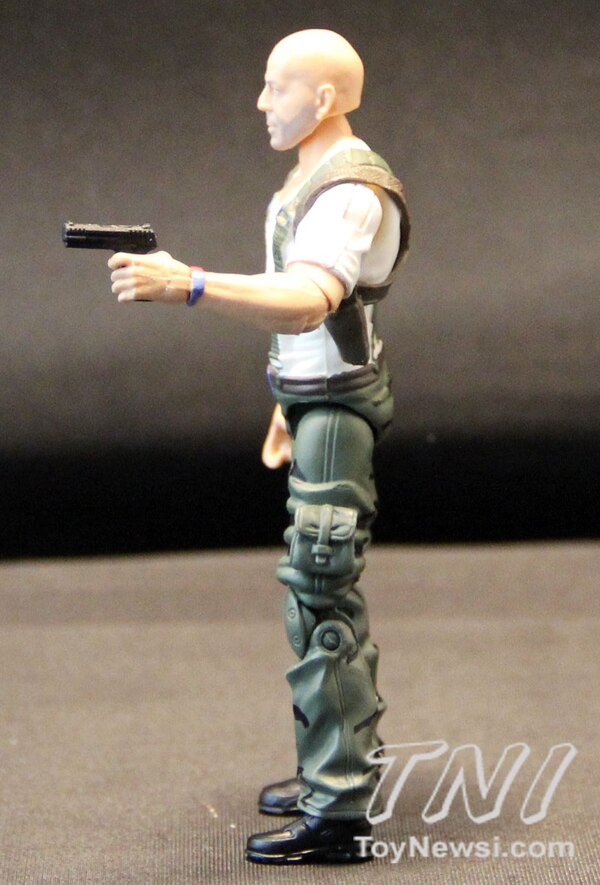 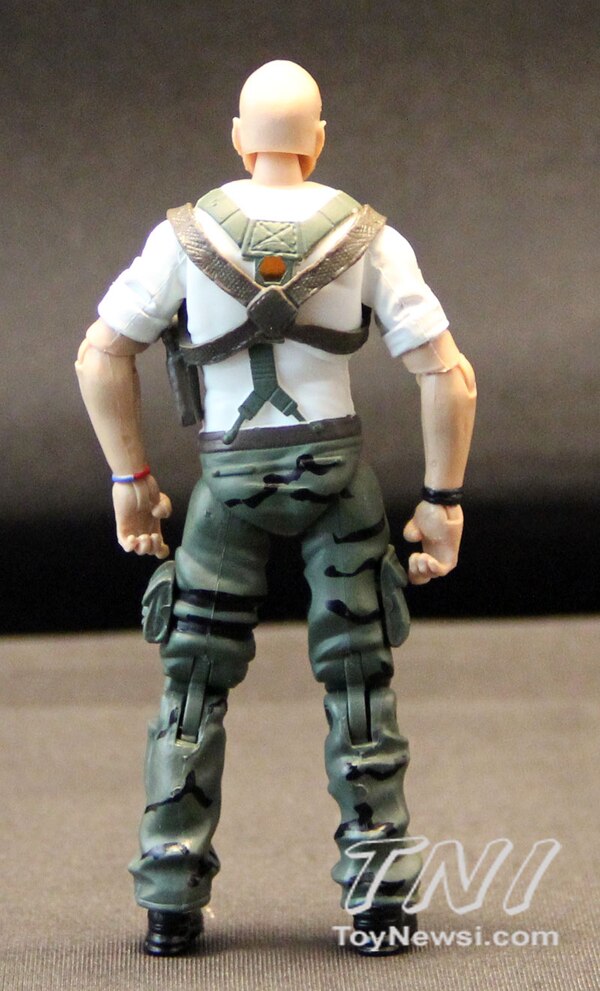 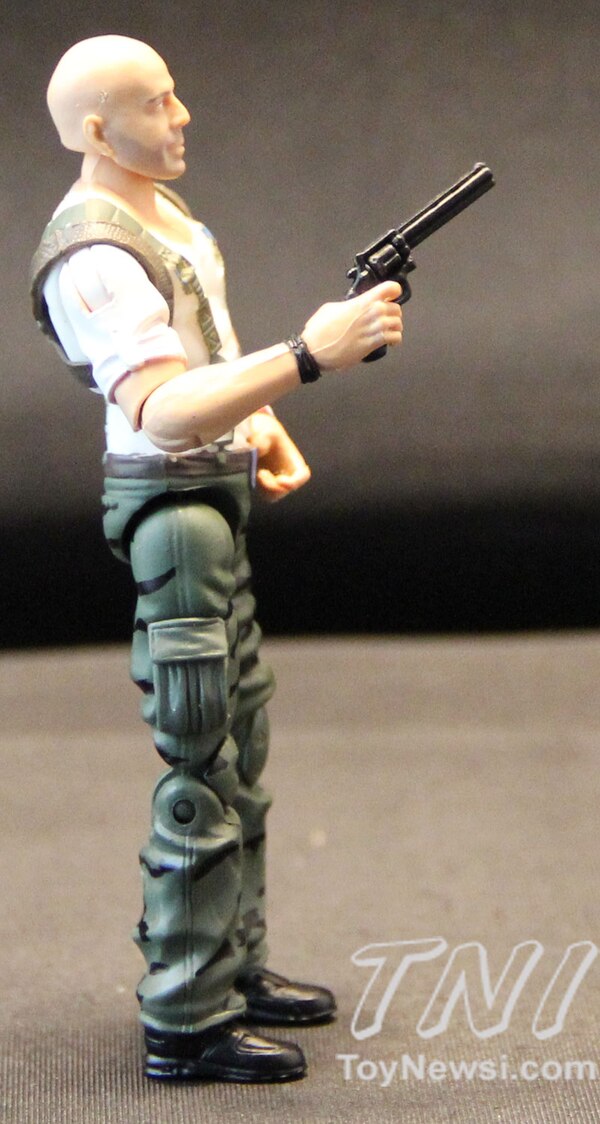 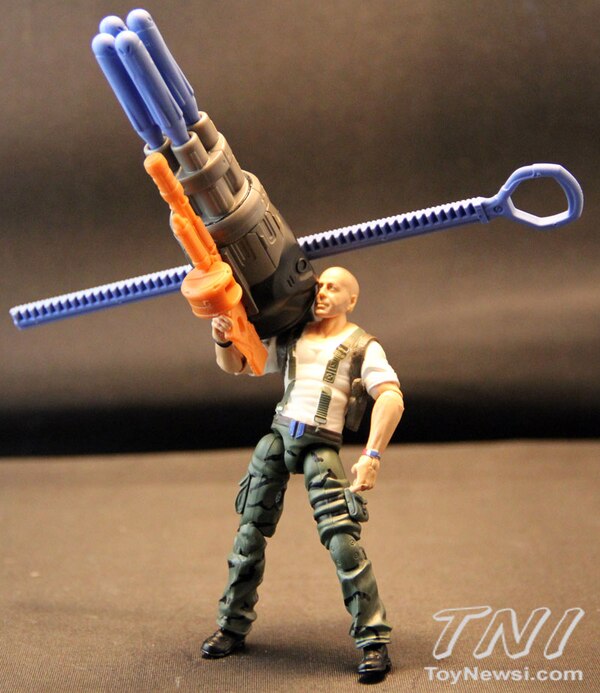 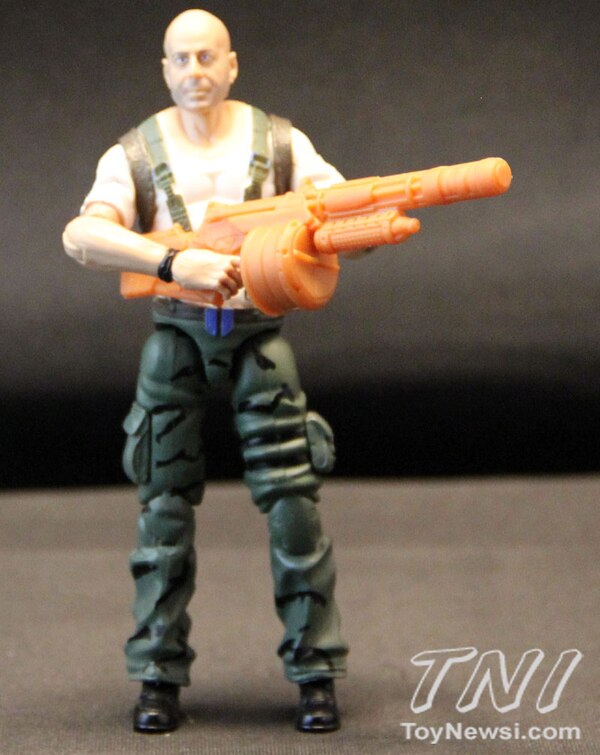 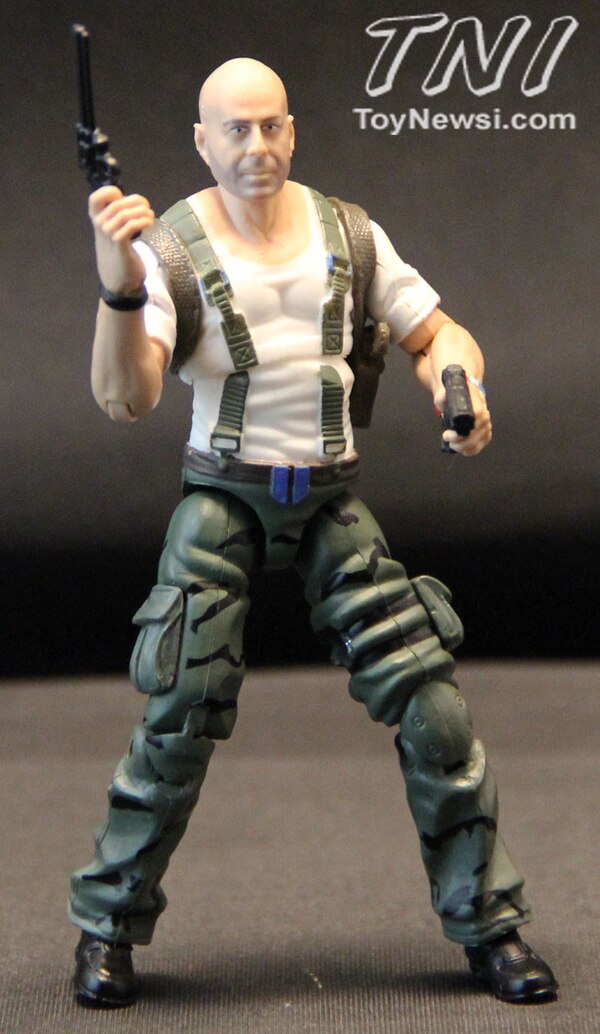 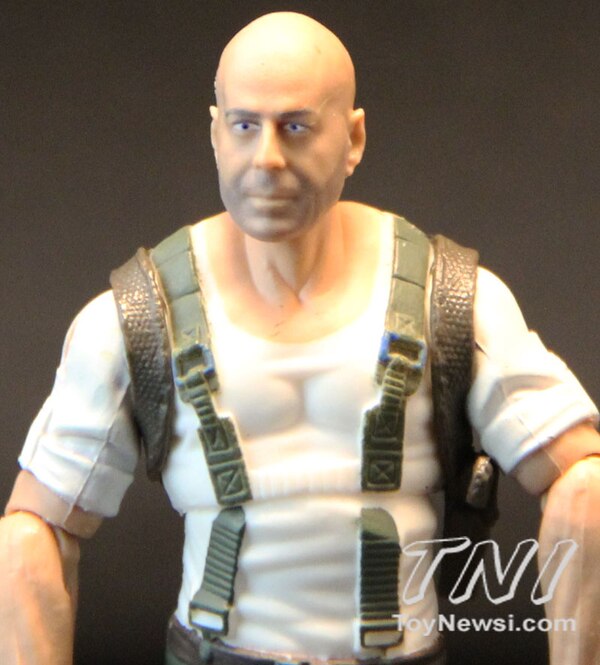 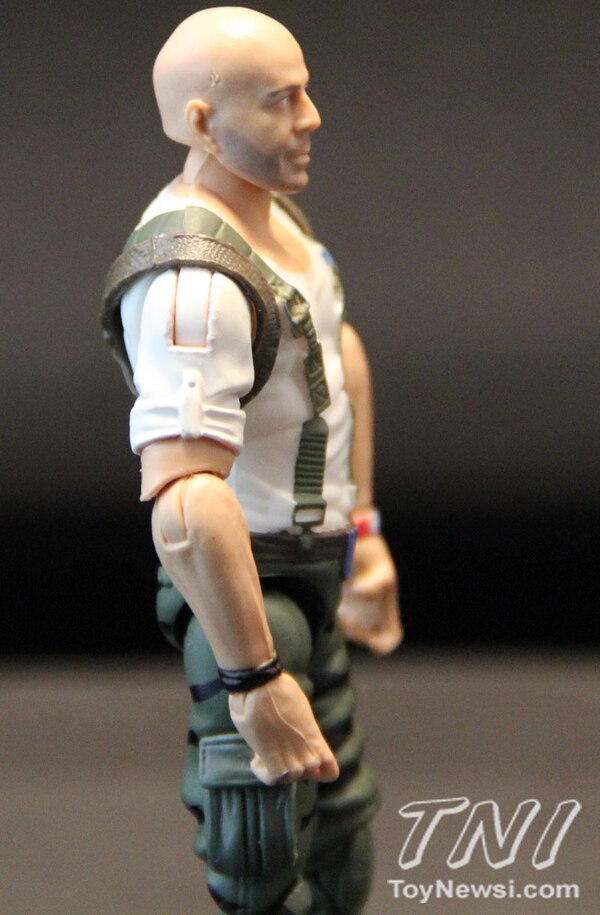 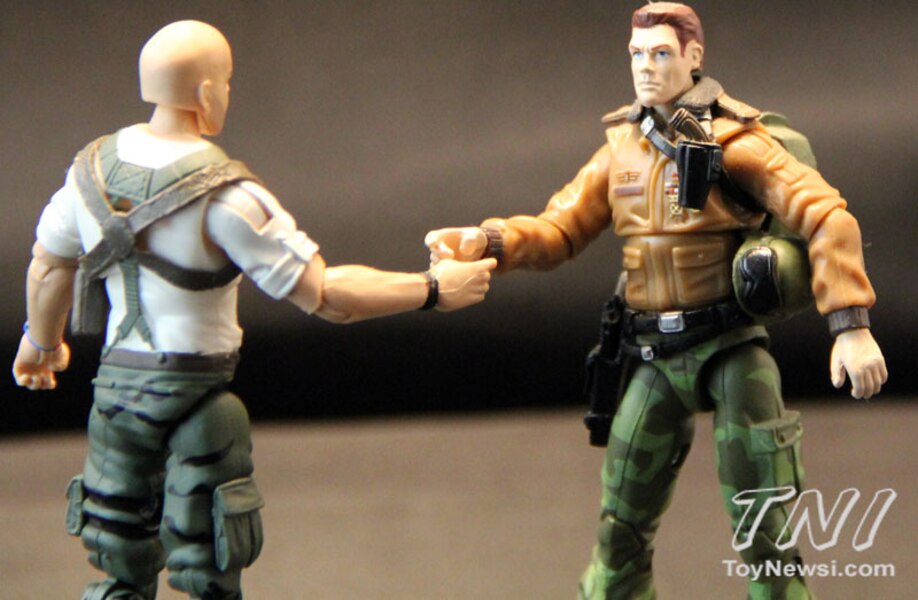 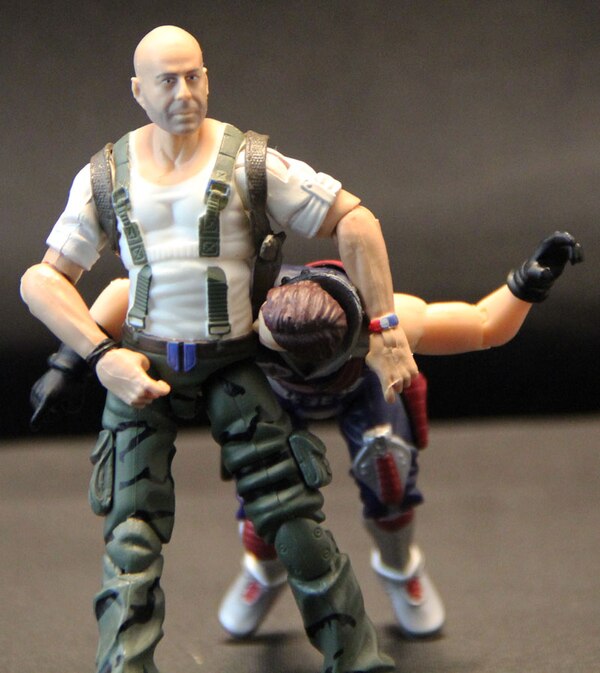 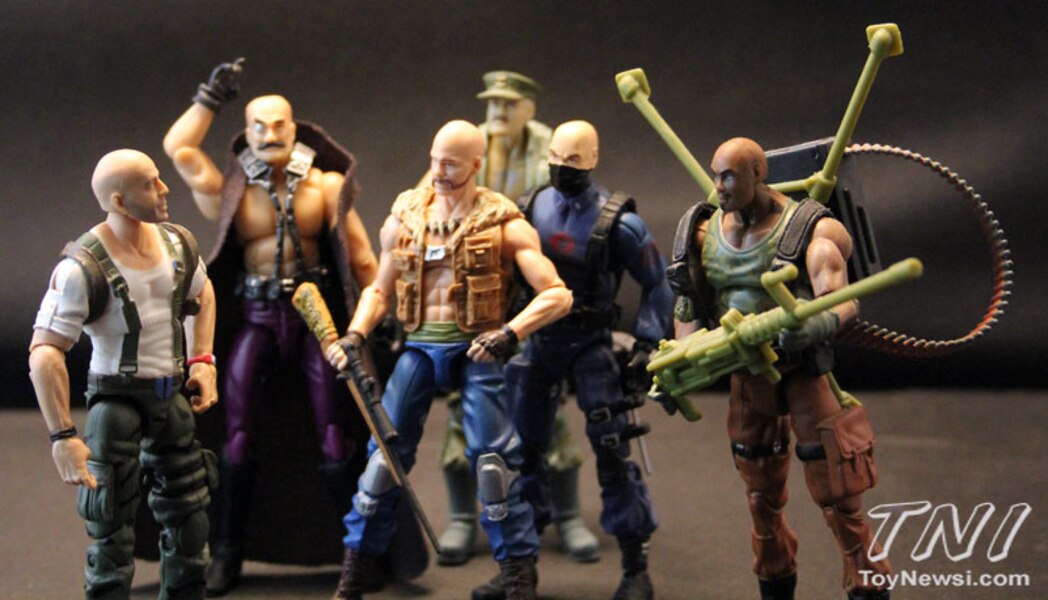 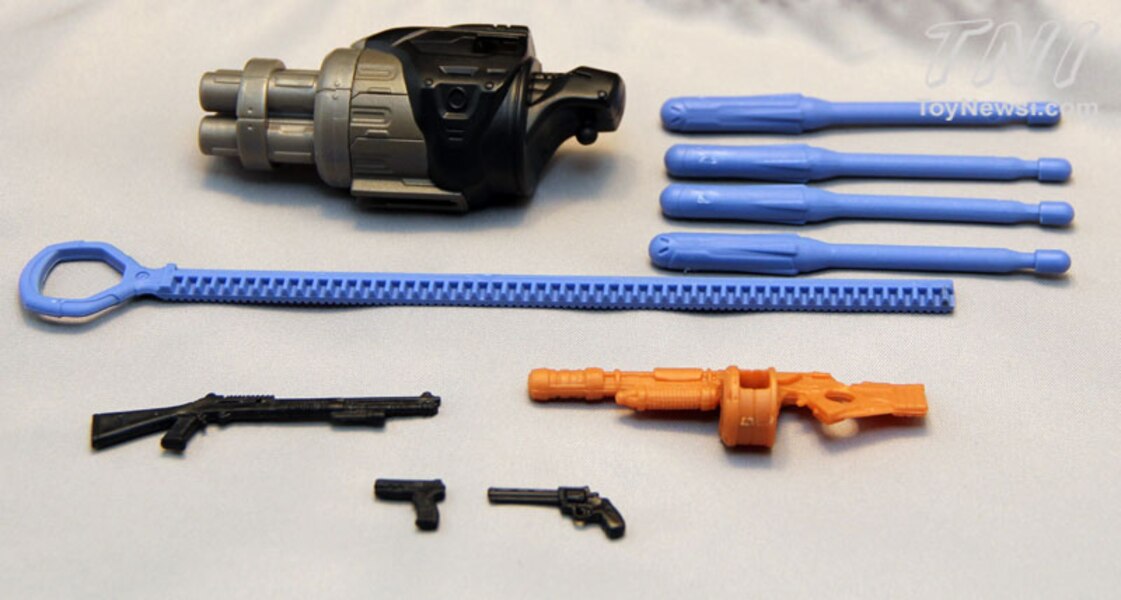