GI Joe
by Jay Cochran
August 15, 2014
Following the announcement from yesterday, the Transformers Collector Club has released a first look for their upcoming TCC exclusive MARISSA FAIREBORN and AFTERBURNER vehicle! See the original press release and new image below:

In addition to this great action figure offering, Marissa will also be riding in to action with her Autobot ally, Afterburner! Both will be revealed tomorrow on the Transformers Collectors’ Club Facebook page. However, in the meantime we are thrilled to present the art for Marissa Faireborn w/ Afterburner by Robert Q. Atkins and Jesse Wittenrich.

This figure, along with the motorcycle accessory, will be available for order through the Transformers Collectors’ Club early Spring 2015. For more information on the exclusive figure offerings of the TCC, including Lio Convoy, Nova Prime and the TFSS 3.0, please visit Transformersclub.com.
Image 1 of 2 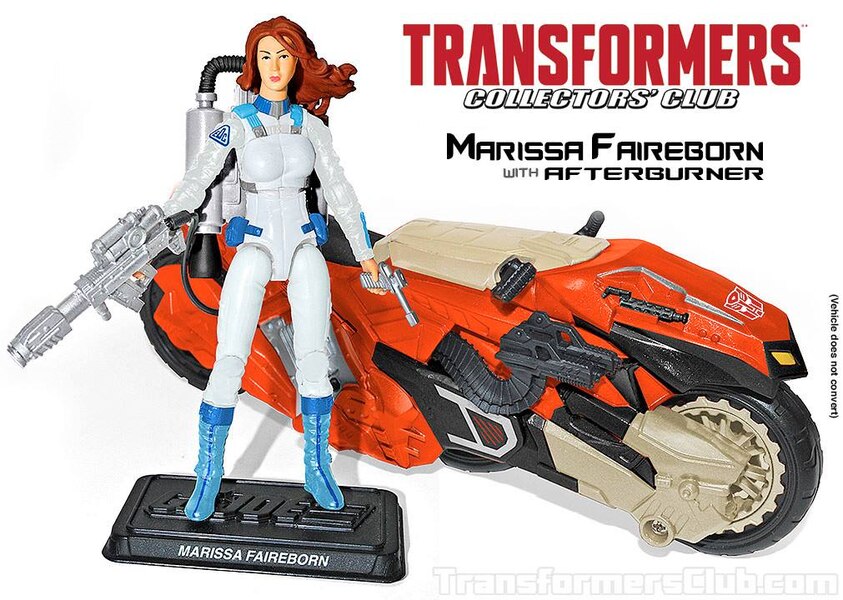 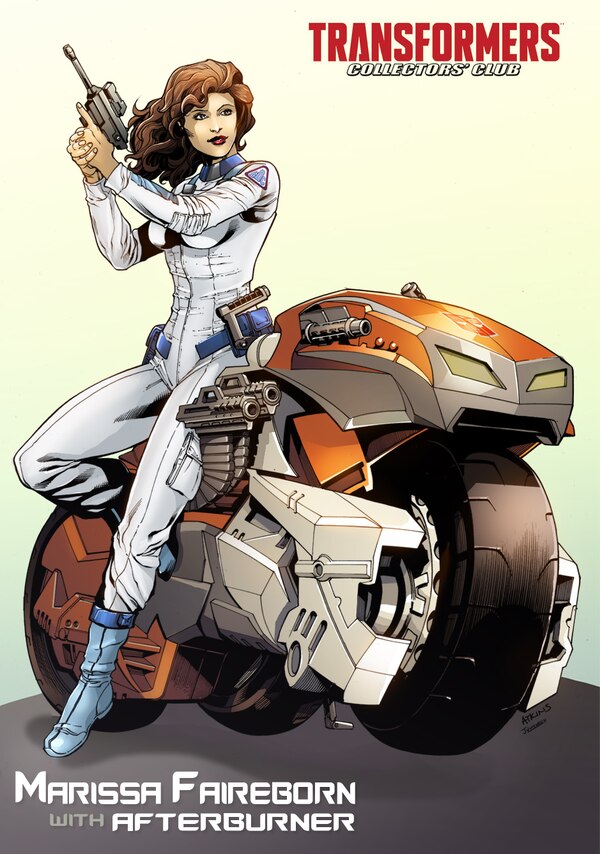