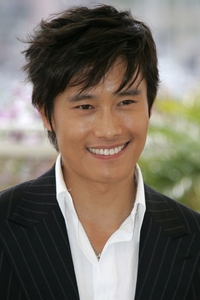 "G.I. Joe: Retaliation" was released back in 2013 from Paramount and the only news we have heard about a third movie was director DJ Caruso was replacing director Jon M. Chu after dropping out of the project.

We are now finding out that Paramount is waiting on Dwayne “The Rock” Johnson in his lead role as Roadblock. The new movie would continue to focus on the character of Roadblock but Johnson’s busy schedule that has kept Paramount from setting a release date for the third installment.

Sources recently spoke with actor Byung-Hun Lee recently at the Toronto International Film Festival about the movies delay. Lee plays Storm Shadow in the first and second G.I. Joe movies and confirmed that they are waiting for Johnson before deciding when to start filming or setting a release date.

“I heard from the studio that there’s a possibility to do the third one, but I think they’re waiting for the actors’ schedules,” he told sources. “They’re arranging the schedules for the actors, especially Dwayne Johnson.”

Lee did comment that he and Ray Park, who plays Storm Shadow’s nemesis Snake Eyes, actually do talk quite frequently about more things they might want to do together.

“Him and I always talk about those kinds of ideas and some other projects and what if we do some things. We always talk, but it’s just talk.”