GI Joe
by Jay Cochran
January 12, 2021
Shown below is an image first discovered by Dan Atwood who says he got it from someone on a Facebook page, (sorry we aren't sure the original source of the image). Dan says the person who took this image got the figure from Amazon. In the image we see a new G.I. Joe Classified 6" Duke figure from Hasbro that features an updated paint deco. 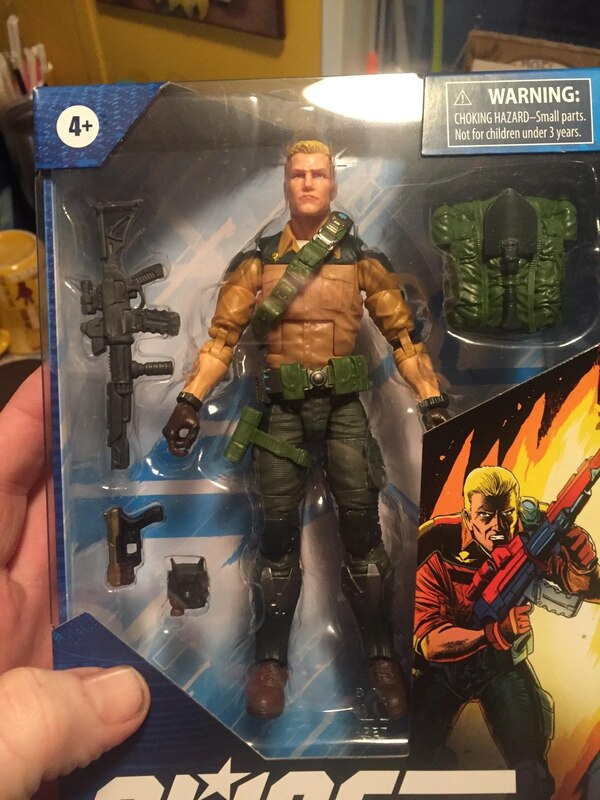 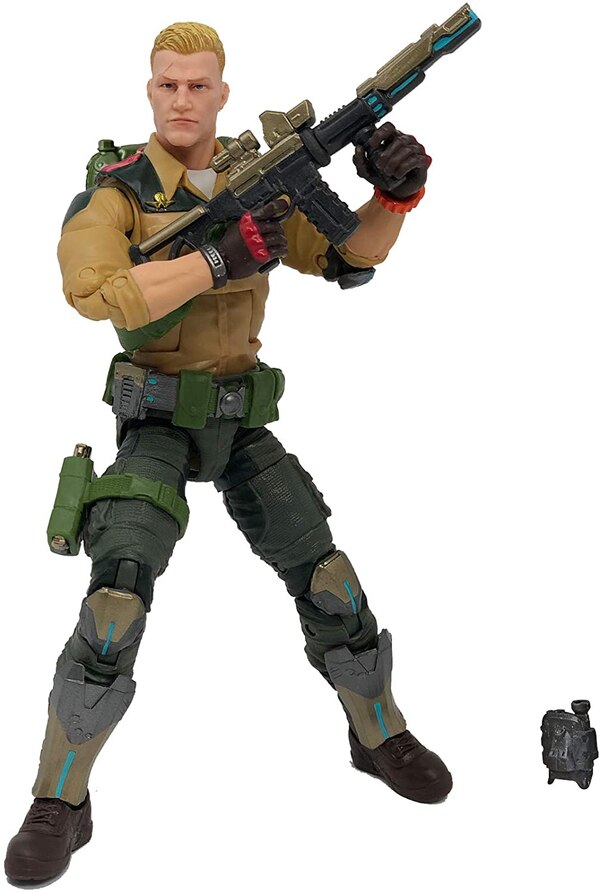 Since the image surfaced for this unannounced variant, I've been doing some checking. First let me say this is 100% a legit figure. From what I can tell this is being done as a running change type of variant. Meaning as retailers and etailers order new stock of the Duke figure, instead of getting the original one they will now get this updated version.

I can't speak for all retailers since I don't know what kind of inventory they are sitting on, but I can confirm that if you pre-order the G.I. Joe Classified Duke from our sponsor BigBadToyStore.com now, you will get the new version, not the old one. Hasbro (as I type this) has not yet sent out updated images, which is why everyone is still shows images of the original figure. New official images of the updated Duke should be coming soon. Hasbro seems to have just kind of sprung this updated version on retailers, likely due to fan demand to have characters look more like their original counterparts. 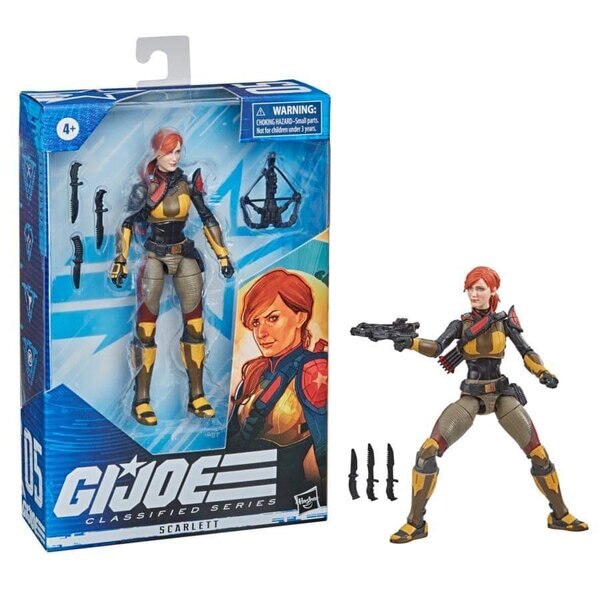 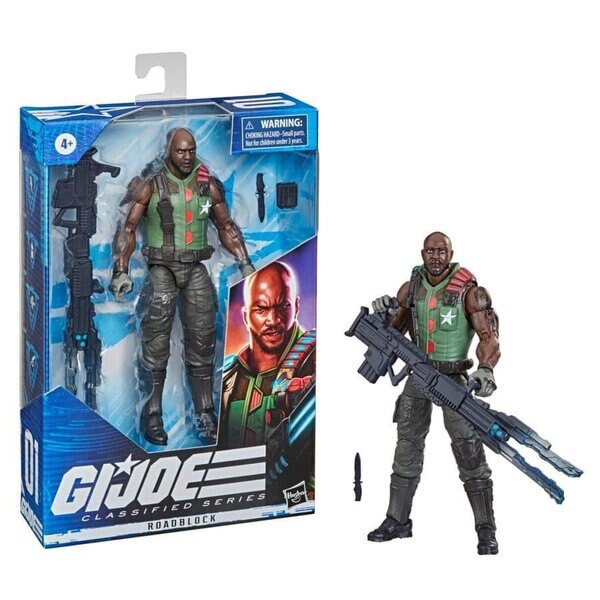 The same goes for the Scarlett and Roadblock figures from wave 1. As retailers get new stock of those, it will be the updated versions that we originally reported as coming in wave 3 with the Zartan and the Cobra Trooper. I am told that some of the original Roadblock figures are still shipping from Hasbro, so getting an original of that one will likely be easier than the Duke and Scarlett.

If you have the original Duke, Scarlett and even Roadblock figures that were initially released, then you may want to hold on to them. They are likely going to be harder to come by as time goes one since the initial stock stores order of those was seemingly low. As popularity grows for the line and stores scramble to restock the original wave 1 figures, they are going to be getting the updated deco versions which hopefully should be easier to get. You can see on Amazon the figure now says (Deco may vary).


Amazon listing for Duke that says Deco May Vary

Someone like Amazon may still have a mix of new and older inventory, so its a crap shoot on which version you end up getting. Until updated images are released, you may want to check with the etailer on which version they will be sending you if you want to make sure what version you are going to get.

If anyone finds Snake Eyes online without having to purchase all the rest of the figures. Let us know...

Scarlett's head is definitely an improvement, but her uniform is still a bit garish even without the gold. I wish they'd added more yellow to the armor to bring her a little closer to the original. Also, why wouldn't they remove the red from the pants? Therewas a lot of criticism about it.

I was actually thinking of the Target wave, but I guess it depends on who you ask.

There is No reason for anyone who wants these figures, not to be able to acquire them... Unless you have to find them in the stores, then yes they are still a bit hard to find, but pop up here and there. Online on the other hand, is a whole another ball game! They are readily available... Snake Eyes, Destro and Red Ninja sell for a bit more than retail though. I wish these figures would be more abundant like Fortnite figures, per say.

They probably won't redeco any other waves. The first wave featured those horrible metallic gold and silver colors and lots of bright colors that didn't fit, so the future waves were quickly changed before they ever were released. That's why none of them feature these same issues other than perhaps Cobra Commander, but it works for him more than the others.

in my case i am definitely alright with getting either original wave 1 Snake eyes and Scarlett or the recently redecoed ones, either way they're two of my most gets nowdays lol

Hey, I wonder if we can get series 2 redecoed?

Gung Ho could easily be redone in the the more classic teal color.

For CC and Red Ninja, just give them slightly different shades of blue and red respectively (add hooded head option to CC for guaranteed sales).

The chances of me buying these are high. It has nothing to do with whether or not I like the repaints better than the old, it's because it's NEW GI Joe stuff and knowing me like I do, I'll probably end up with it.

Hey, I wonder if we can get series 2 redecoed?

I would have to say they seem to be an improvement, let's see if accessibility also improves.

Not completely sold on Scarlet's new deco, but not bad.