Devil's Due Comics for September 2004

In this issue, the adventure really begins to heat up - literally! - as Ash and the Wise Man, with Necronomicon in (severed) hand, must cross the desert wastelands of sunny Egypt in the hopes of thwarting The Book of the Dead's plans to plunge the world into darkness! But, the Necronomicon proves it still has a few tricks up its "sleeve" when Ash's severed hand joins with an ancient mummy to become Evil Egyptian Ash! Also in this issue: the return of Sheila, Arthur, and Henry The Red! And, the death of a beloved character! Featuring four more great covers (shipped in equal quantities) by some of today's biggest and best, including Devil's Due's own Nick Bradshaw, Aaron Lopresti (Exclaibur), Michael Avon Oeming (Powers), and another fantastic photo cover from the movie that inspired this incredible new series!

What has young Ray Torres gotten himself into? Just last night, he was minding his own business, planning to jump off of the roof of the orphanage where he lives... and now he's got the voice of a dead super-hero from a distant planet - a hero called the "Dark Paladin" - in his head! This Dark Paladin says he's charged with the responsibility of preparing Ray to become the next Cosmic Guardian, sworn to protect the galaxy from the Genociders, an evil space-armada whose sole purpose is the destruction of the universe! Ray isn't sure he even believes any of this, but if he hopes to save his fellow orphans from a black market organ-stealing scheme, he may have to start! Cardstock cover by Starlin.

When a mysterious explosion rocks a top secret research facility devoted to the study of Pulses, the authorities are quick to seal off the area and call PHOBIA. The team is ordered to detonate a low-level nuclear bomb inside the lab - but they aren't told why. With satellite surveillance blocked and communication lines down, PHOBIA can't be sure what they're about to walk into, or how many of them will survive. Available in two cover versions: Cover A (by Kano Kang & Zack Suh of Defiance) and Cover B (by Hyung-Tae Kim, popular Korean artist on the forthcoming Magnacarta).

Chun-Li says goodbye to Gen and Fei-Long to pursue Shadaloo's operations. However, she does not foresee her mission leading to her crossing paths with the very woman who was responsible for her father's death: Cammy! How will Chun-Li react to meeting her father's murderer, even if Cammy has no recollection of the crimes she had committed during the life she once lived? Find out in "Chun-Li vs. Cammy II!" Plus, artist extraordinaire Josh Middleton (New Mutants, NYX) brings his amazing talents to a story illustrating the first fateful meeting between Cammy and Rose!

Betrayed by one of their own, the Voltron team find themselves fighting alongside a sworn enemy - against the most powerful Drule fleet in the galaxy! Meanwhile, Haggar discovers a secret that may shatter her fragile alliance with Merla! Cover by Ben Dunn (Ninja High School)!

In the far future, the Earth-centered Galactic Alliance and the vast, alien Drule Supremacy are locked in an interstellar cold war. The discovery of an ancient war machine on a distant planet was supposed to tip the balance... but now the five explorers from Earth who found it have sworn allegiance to Planet Arus and to Voltron, the half-science, half-sorcery robotic titan who protects it. But when the Alliance takes matters into its own hands - first raiding Arus and stealing Voltron, then trying to replicate him for their military - the five members of the Voltron Force have no choice but to travel to Earth and reclaim what is theirs. Cover by EJ SU.

Evil Ernie #1 Bucks Industry Trend - Does Not Sell Out 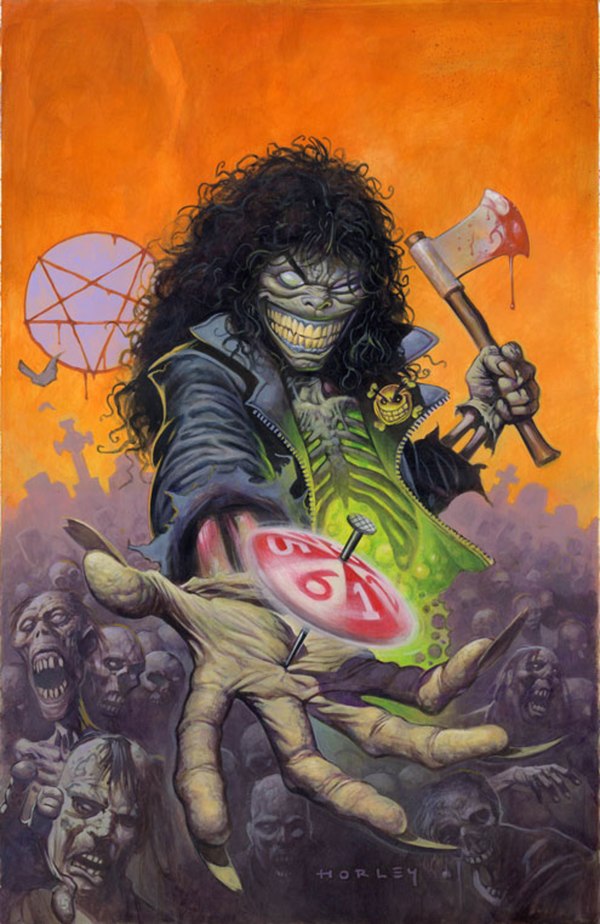 Devil's Due Titles For December 2005 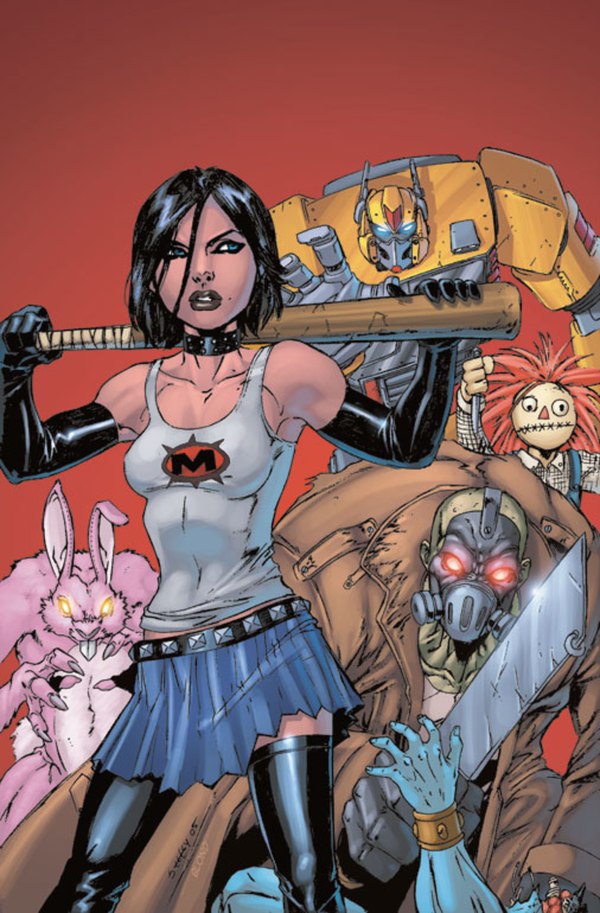 The Lost Squad Finds A Home At Devil’s Due 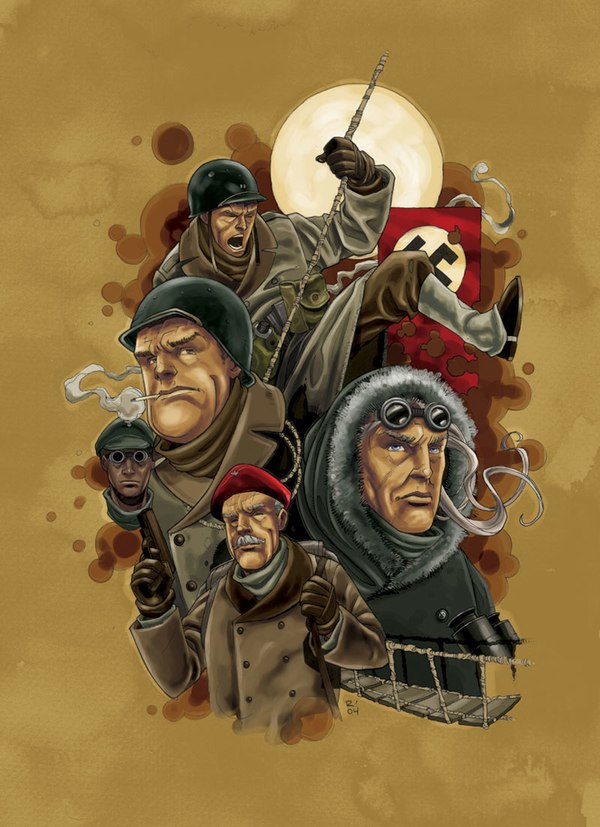 Devil's Due Titles For November 2005