Ninja Battles is a 22-minute DVD featuring a combination of comic-book style 2-D and 3-D graphics. The story is set up in four parts, each revealing one of the four trials of the ninja, the tests that each Arashikage warrior must undergo before being granted ninja status. Including four minutes of new 3-D animation, as well as a new final ninja battle at the climax of Act IV. 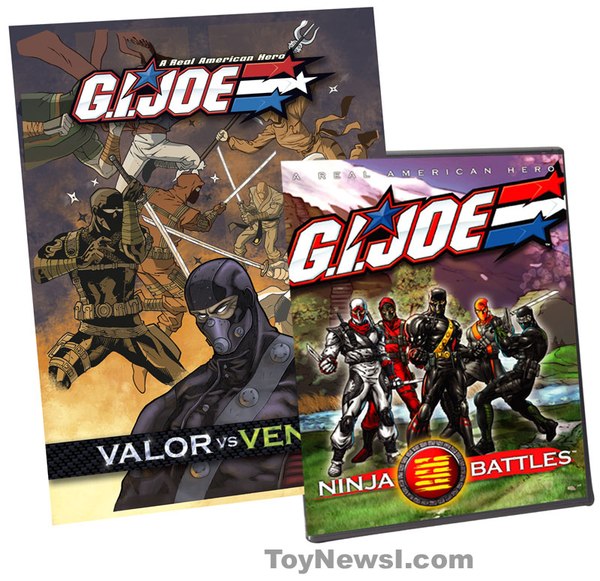 In a full-length Ninja Battles comic book produced by Devil's Due, we learnhow the legendary Arashikage Ninja clan was divided in two due to the manipulations of Cobra Commander. We also see these two ninjas in action and explore the back story of Cobra's Black Dragon ninjas. Told through the narration of Iron Master, the Arashikage weaponsmith whom we meet for the first time, the story introduces the new GI Joe ninja Tiger Claw, who will fight for the side of good alongside Snake Eyes, and Shadow Strike, a young Cobra ninja who helped Cobra Commander betray the clan.