Mezco Toyz' President Drops By To Talk Some Heroes

Mezco
by Jay Cochran
September 19, 2007
We had a chance to sit down with Mezco Toyz's president Mez to talk about their upcoming line of action figures based on the hit NBC television series, Heroes. See what he had to say:


TNI: The initial press release said that you would be doing figures that range in scale from 3” – 18”. Can you tell us how many different scales we can expect to see and what scales will actually be used?

Mez: We are extremely excited about the opportunity to work on Heroes- it's an amazing property. Since we are so stoked, we are going to roll out several scales of product:

3 & 3/4" scale "screen Grabs" - These are our mini diorama collectible that allow consumers to collect a scene from the show with out having to find a bigger home.

Deluxe figures- These are still being worked out, but I can tell you the scale will be bigger & the detail will be amazing.

TNI: Will the figures be sculpted in a stylized look like was used with your Scarface figures, or will they be done in a realistic style?

Mez: All our current planned Heroes product is going to focus on a realistic presentation to best translate the show. If we were to move to a more design driven direction, we would focus on the comic style art that exists.

TNI: What kind of articulation can we expect to see on these figures?

Mez: Some of this is still being worked out. For the 7" figures, it depends on the character but no less then 8 points per figure I believe. The Screen Grabs are not articulated by design. The deluxe figures, I can not answer at this time.

TNI: What kind of involvement have the actors from the show had, if any, with the making of these figures?

Mez: We have just started, but as of yet we have not really interacted with actual actor talent from the show.

Mez: We are starting with season 1. As you may know, making collectible figures is a lengthy process. It is usually about 6 months from starting sculpting to shipping. We just started development less then a month ago. Our season 1 based figures will hit stores after season 2 has launched. We will have some catch up to do. We are planning a fairly aggressive roll out of product, so we will release more than a couple of waves of product each year, although the first year may be tight.

TNI: Can you tell us the line-up for series 1?

TNI: When can we expect the first batch of figures to be released?

Mez: I can't release that info until I'm further along in the process. We, of course, have target dates that we are looking to hit. But until we get through some of the early stages that can have a snowball effect on the whole thing, I don't like to release these dates. I will keep ya posted.

TNI: Will you be incorporating Tim Sale’s art work from the series into this line somehow?

TNI: Since I assume this line is going to be geared primarily for collectors, can you tell us a bit about the packaging design you plan to use for these figures?

Mez: We have an existing footprint for our packaging that we will use for this product. Also, the licensor provides us with a style guide that gives us direction on what 2D elements should be used in packaging. They do this so that their brand presentation at retail is consistent. We are not at the point where we can release packaging images.

TNI: Since all the characters have rather normal appearances (meaning no flashy superhero costumes), how do you plan to represent each of the characters' unique abilities with these figures?

Mez: The characters are extremely dynamic, but you're right they are not sporting flashy costumes. As for how we will translate that into product... your gonna have to wait & see.

TNI: What kind of accessories can we expect to see with these figures?

Mez: I can not release this info as of yet, but I think its safe to say that we will deliver in this category.

TNI: Besides action figures, what other types of Heroes-related products can we expect to see from Mezco? It was also mentioned in the press release that you would be doing dioramas. Can you tell us about those?

Mez: The dioramas are our "Screen Grabs" collection. Screen Grabs are highly detailed 3 & 3/4" scale non-articulated collectable iconic scenes from whatever the license is that it is being applied to.... Screen Grabs, get the picture.

TNI: Some of the figures Mezco has done in the past have been somewhat gory. Being as how the main villian in this series likes to go around cutting people’s heads open and taking out their brains, can we expect that level of goriness to be incorporated into this line in any way?

Mez: It is our goal to deliver product that is accurate to the show & exciting to the fans. We do however have to pass things through the licenser, we have not finalized all that yet.

Mez: We are in the thick of initial development right now. The biggest challenge is our schedule (that's almost always the case with this industry).

TNI: Can the Heroes/Star Trek fans expect to see figures based on George Takei’s or Nichelle Nichols characters from the show?

There you have it for now, be sure to check back in a few months as we follow-up with Mez on the progress of this line that is sure to be a super hit with collectors. For more info on all things Heroes, be sure to head over to Entertainment News International.

Mezco's One:12 Collective Count Orlok Will Rise Again On 1/12 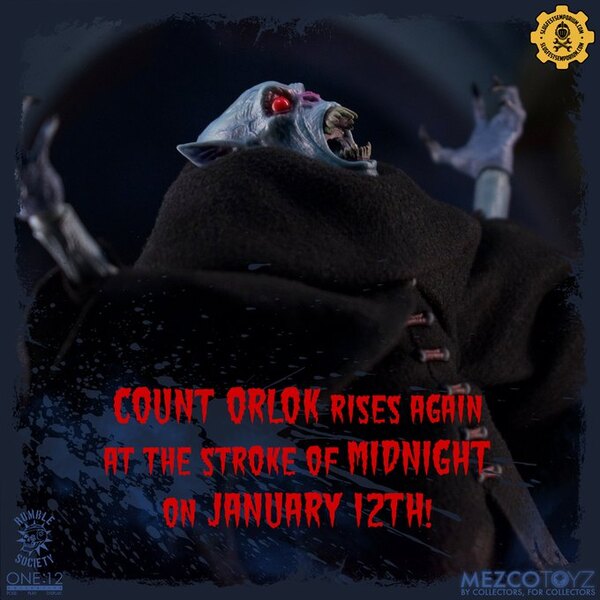 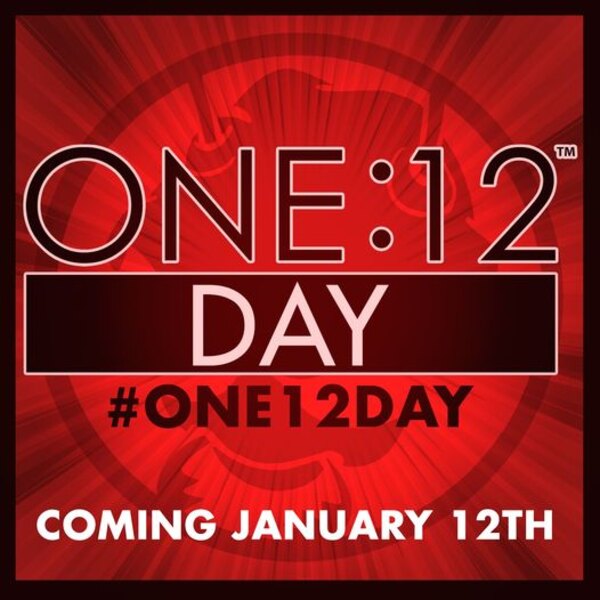 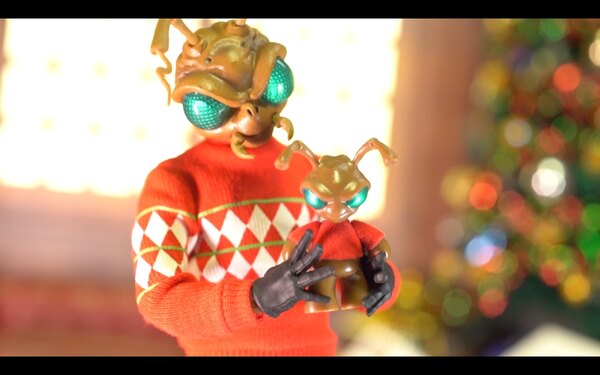 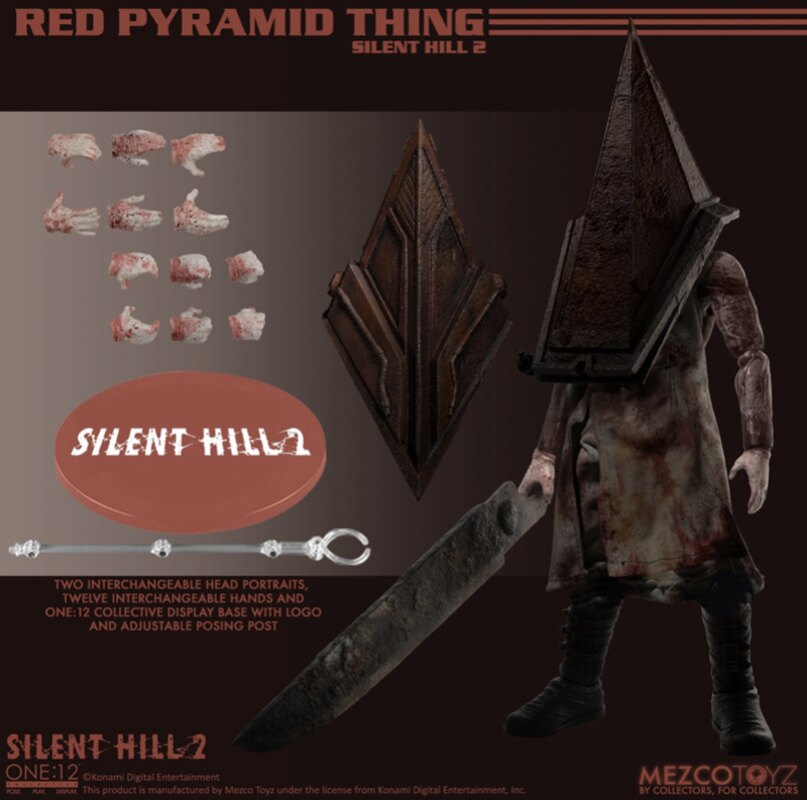 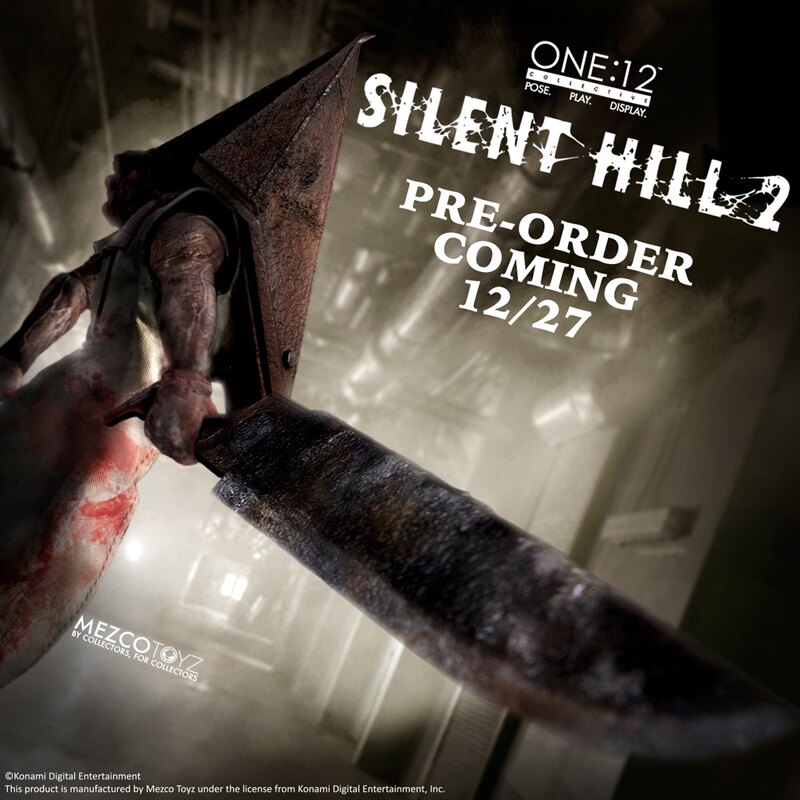