TMNT
by Jay Cochran
October 02, 2012
Leonardo, Raphael, Michelangelo and Donatello – aka the Teenage Mutant Ninja Turtles – made a triumphant return to television in their new Nickelodeon series premiere this weekend (Saturday, Sept. 29, at 11 a.m., ET/PT), ranking as the week's top telecast with kids 2-11 (6.2/2.1 million) and boys 6-11 (8.2/837,000) across broadcast and cable TV, and the number-one kids program on basic cable with total viewers (drawing 3.9 million) for the week. Additionally, the new CG-animated version of the series hit a ratings high for Nickelodeon with boys 2-11 (7.5/1.3 million), and was the network's top-rated premiere for an animated series since 2009. During its premiere weekend the series reached nearly 12 million total viewers.

Following its launch success, Nickelodeon has ordered 26 additional episodes of the series, which will begin airing next year. Additionally, the reintroduction of this storied franchise has already ignited excitement in the licensing community, with the new line of Teenage Mutant Ninja Turtles consumer products from Playmates Toys being named 'Hot Toys for the Holidays' on the prestigious Toys R' Us and Time to Play lists.

Nickelodeon, now in its 33rd year, is the number-one entertainment brand for kids. It has built a diverse, global business by putting kids first in everything it does. The company includes television programming and production in the United States and around the world, plus consumer products, online, recreation, books, and feature films. Nickelodeon's U.S. television network is seen in more than 100 million households and has been the number-one-rated basic cable network for 17 consecutive years. For more information or artwork, visit www.nickpress.com. Nickelodeon and all related titles, characters and logos are trademarks of Viacom Inc. (NASDAQ: VIA, VIA.B). 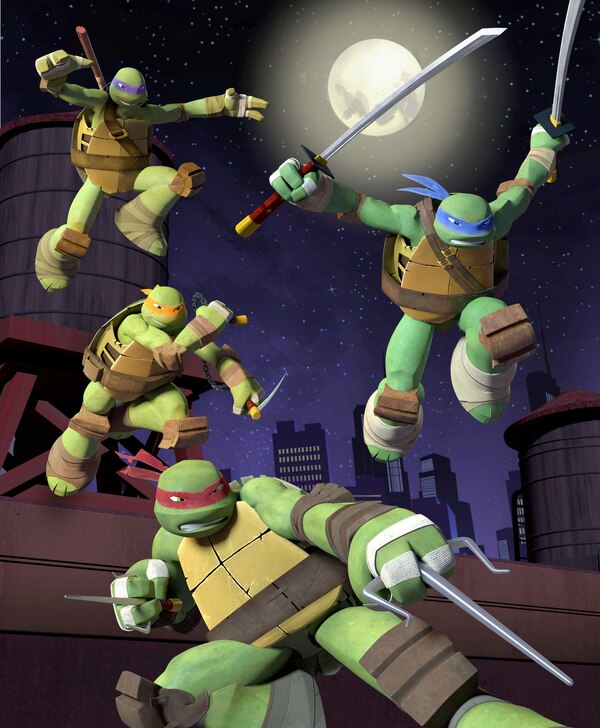