TMNT
by Jay Cochran
May 21, 2016
Earlier this week we told you how Playmates Toys would be releasing a new 5" April O' Neil figure for their Teenage Mutant Ninja Turtles 2: Out Of The Shadows movie line, and now it appears we will be getting a new unmasked Casey Jones figure as well. Shown below is a image of the cardback for the April O' Neil figure which reveals the new Casey Jones. Based on the image we have to say the likeness to Stephen Amell who plays Casey in the movie doesn't look that bad. We assume Casey will ship with the same assortment as April.

Teenage Mutant Ninja Turtles 2: Out Of The Shadows opens in theaters on June 3. We will be teaming up with Pixel-Dan to kick off a ton of Teenage Mutant Ninja Turtles product reviews as well as revealing some very exciting news over the course of the next 13 days as we count down to the movies launch. We will start things off tomorrow with a review of the new April figure, so stay-tuned.
Image 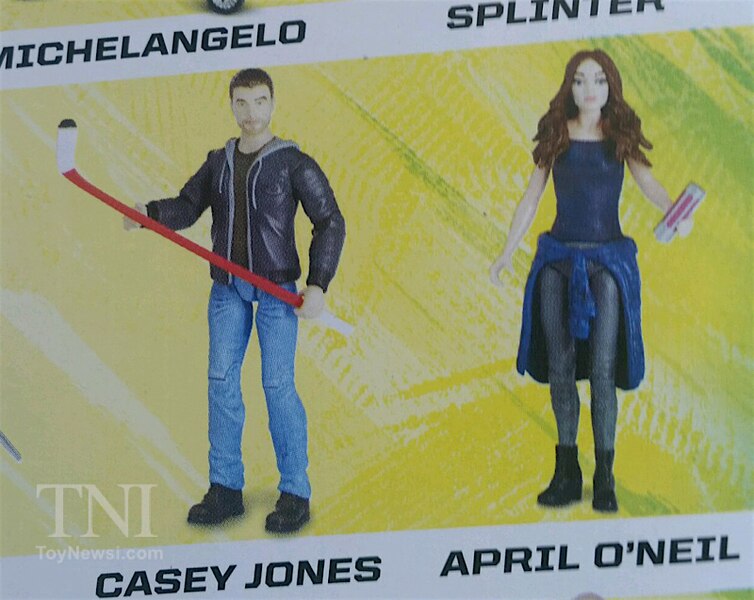