Thundercats
by Jay Cochran
September 07, 2012
Last week we ran a story about how we had gotten"Unofficial" word from Cartoon Network that things were still in the works for the new ThunderCats animated series which debuted last year.

That story in turn prompted Daniel Norton who was one of the art directors that worked on the series to make this statement on a "Save the New ThunderCats" Facebook page:

"Thanks Lio. Let me just say, nobody is working on TCats. It would take years to get it back on tv if we started today. Draw your own conclusion. I love you guys and I thank you for all the support. I'm working on the new Beware the Batman cartoon I hope you tune in!"

That statement then prompted several websites to start running stories stating that the series was canceled, despite the fact, at least from what I can tell that they never bothered to check with any official sources themselves or even bother to give you the entire story as to why Mr. Norton was making the statement he did on Facebook.

Mr. Norton himself then apparently seeing how some had taken his statement out of context and jumped to unsubstantiated conclusions followed up on the above mentioned Facebook page with this statement:

"Hey guys, I can see now how my words have really made an impact. This wasn't really my intention. If you look at what I said, it doesn't say anything more than what it means. The show remains in hiatus. Period. The reality is we are not currently working on the show. Which is what hiatus means. What is said between WB to CN or Bandai is between them. Until there is an official post or disclaimer from any of those people, the show has not been officially canceled. I don't have the authority to make any such statement. Again, I can only say I'm on a different project at the moment, which is Beware the Batman. I did a few drawings on my deviant art site for fun for tcats fans to enjoy. I would feel terrible if fans never got any kinda notice that the show would end one way or another. I hope there is talks of continuing the series, I'd love to finish the story. That's it, much love...."

Now despite Mr. Norton's clarification that the show was NOT canceled, this still seemed to us a bit different story from what we had previously heard from the network. So we went back to them hoping to get clarification, and perhaps put an end to some of the confusion and misinformation that was floating around about the series. This is the response we got back:

"Sorry for any confusion but the network is still discussing the future plans for ThunderCats and we haven’t made an official announcement yet. Once we do, We’ll be sure to send it to you."

So what does all this mean??? Honestly I couldn't tell you. It seems as if something is still going on with the series, but as to exactly what, I could not say. If Mr. Norton is correct about nobody currently working on the series, then it would seem as if we are at least over a year away from seeing any kind of new episodes, if ever.

At this point all I can tell you is we will continue to follow this story and hope that we can get that "Official Announcement" from the network sometime soon. Until then what I would recommend to those of you who would like to see this series continue, is to head over to Cartoon Network's ThunderCats Facebook page and simply tell them you want to continue to see new episodes for this show on their network. I don't know if it will have any baring, but it certainly can't hurt. 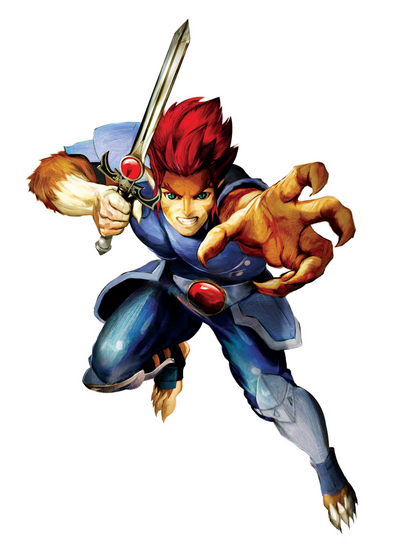 Search Online Stores for ThunderCats May Yet