This multi-part statue is a must-have for Green Lantern fans. Green Lanterns from different eras appear together on a Lantern-shaped base, along with their predecessors, the Manhunters, as well as the Guardians of the Universe

The statue is made up of four separate pieces (sold in three parts), which form a single statue.

Solicited this month is Part 1 of this multi-part statue, featuring fan-favorite Green Lantern Hal Jordan and both classic and modern versions of the Guardians of the Universe. Part 2 (to be solicited next month) will feature Kyle Rayner and a Manhunter robot, and Part 3 (to be solicited in two months) will feature John Stewart and Guy Gardner.

The bases of each piece slide together to form a Lantern-shaped base, on which all of the characters stand. Each of the three parts includes a piece of the fourth portion of the statue, which can be easily assembled to form Alan Scott, who rises up from the center of the piece. All three parts of the statue are needed to make Alan Scott.

The GREEN LANTERN: LEGACIES MULTI-PART STATUE is limited-edition, hand-painted, cold-cast in porcelain, includes a 4-color Certificate of Authenticity and is packaged in a 4-color box. Manufactured to order.

BLAM! A funky, chunky collection of boldly designed toys that pack a lot of punch in a squatty body!

POW! A striking, hyper-stylized twist on the world’s greatest heroes and their biggest foes. Too tough to call small – you’ll want to collect them all!

Packaged on a blister card, each measures approximately 2.5” to 4” tall with three points of articulation.

The Caped Crusader kicks off a new series of statues capturing the original depictions of some of DC Comics’ most beloved characters.

This statue is a modern sculptural interpretation of the early comic book appearances of Batman.

This new DC Chronicles statue line will have a consistent base, and the retro-style lettering/logo on the base further gives the piece a sense of the period from which it originated.

This limited-edition, hand-painted, cold-cast porcelain statue measures approximately 6.75” high x 5.5” wide x 4” deep and is packaged in a 4-color box with a 4-color Certificate of Authenticity.

The man once known as Harvey Dent appears here in his classic comic-book style, dressed in his trademark dual-fabric suit, shirt and tie, which are finely tailored over his cold-cast porcelain body. Half of his face appears eerily charred, and both of his resin eyes are hauntingly realistic.

Mounted on a museum-style, pedestal display base, this mixed-media piece measures approximately 13” high x 11” wide x 6” deep, includes a 4-color Certificate of Authenticity and is packaged in a 4-color box.

She shakes a pretty mean cape.

Batgirl joins the third series of WOMEN OF THE DC UNIVERSE busts! Illustrator Amanda Conner brings her trademark humor to this rendering of Barbara Gordon as Batgirl, as the heroine dances the Watusi.

Batgirl is perched atop a base that is compatible with the HEROES OF THE DC UNIVERSE SERIES 1: BATMAN BUST.

DC Direct continues to roll out action figures based on the soon-to-be legendary BLACKEST NIGHT storyline!

This series includes Wonder Woman, who is surprisingly transformed by the happenings of the Blackest Night (Read the comics to learn more!); Green Lantern Kyle Rayner, in his new costume as a member of the prestigious Green Lantern Honor Guard; Black Lantern Firestorm, who was once a member of the Justice League but is now a part of the Black Lantern Corps; and Black Hand, who threatens to destroy everything the Guardians and the Green Lantern Corps stand for, in ways no one ever dreamed possible.

All four figures feature multiple points of articulation and include a display base. Wonder Woman also comes with a lasso accessory, Green Lantern has a lantern accessory, and Black Hand holds Bruce Wayne’s skull in his hand.

Own a piece of comics history!

The artist’s process of creating the image of the Man of Steel over Metropolis on the cover of SUPERMAN #675 is chronicled here on an acid-free, double-matted authentic DC Comics artboard, perfect for framing. A facsimile of Ross’ original pencil art appears beside a reproduction of the final, printed cover, and a Certificate of Authenticity signed by the artist himself is also included.

The entire piece measures approximately 20” high x 24” wide and is packaged in a self-shipping box.

No one embodies the spirit and beauty of Wonder Woman more than Lynda Carter, the actress who portrayed her on the beloved television series! She will forever be the vision of Wonder Woman to an entire generation. DC Direct teamed up with Lynda Carter to bring this must-have piece to every fan's Wonder Woman collection.

Cute and cunning Cassandra Sandsmark has her magic lasso ready to strike! Just like her idol, Donna Troy, Cassie is proud to join the ranks of the popular Ame-Comi series!

The limited-edition, non-articulated, approximately 8.25” high PVC statue comes with a base, is packaged in a 4-color window box with J-hook and is manufactured to order.

Sure to be as popular as the first Ame-Comi version of Wonder Woman, this figure features the Amazon Princess emerging from battle, with an axe in one hand and a Gorgon’s severed head in the other.

As a special added feature, Wonder Woman’s hair can be worn in two styles – up or down!

The limited-edition, non-articulated, approximately 8.75” PVC statue comes with a base, is packaged in a 4-color window box with J-hook and is manufactured to order. 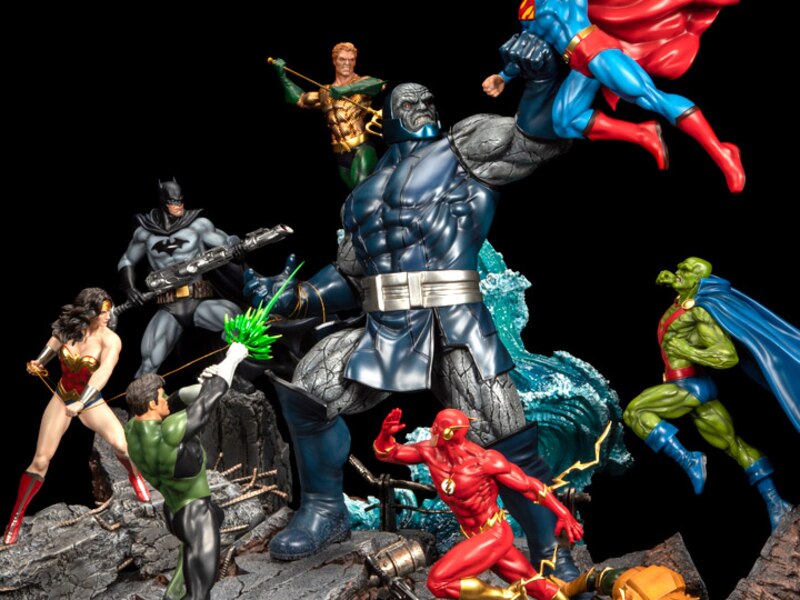 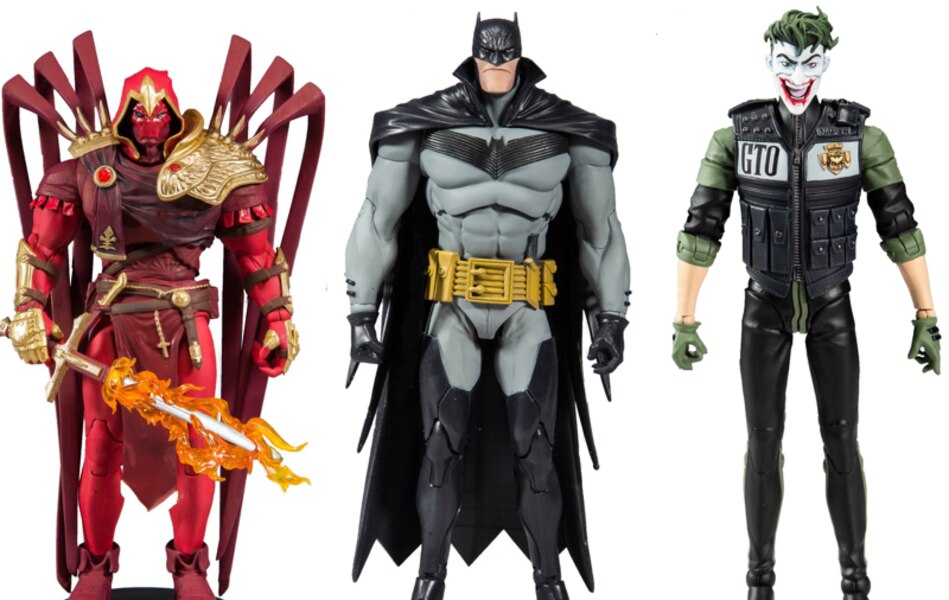