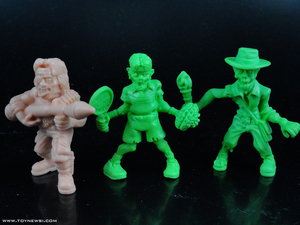 The S.L.U.G. Zombies (S.L.U.G. stands for Scary Little Ugly Guys) is a recent line of mini figures by Jakks Pacific. Older collectors will immediately be reminded of the M.U.S.C.L.E. Men, and Monster in My Pocket from the 80's. Some may also see a resemblance in October Toys' O.M.F.G. line, or even more so with their Z.O.M.B.I.E.S. line, although with the exception of the zombie theme, they are not the same at all. In any case, it's clear that this style of small mini figures is coming back in a big way for collectors.

Today, we'll be looking at a three pack, featuring the characters:

Each character in the S.L.U.G. Zombies line seems to parody a real life person, or some famous pop culture character, such as tennis player Andre Agassi, Indiana Jones, and Snake Plissken (or John Rambo with an eyepatch).

Join me as I take a more in-depth look at Jakks Pacific S.L.U.G. Zombies 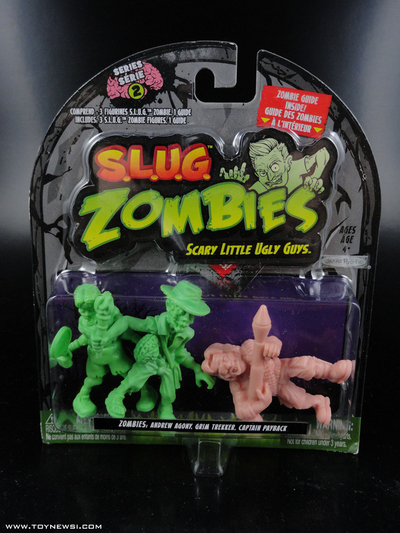 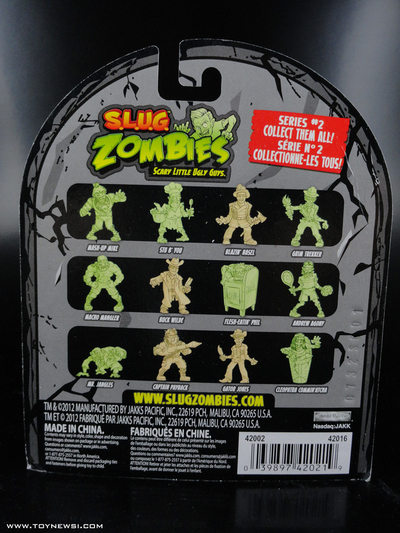 PACKAGING - The packaging for the S.L.U.G. Zombies comes in three types: blind pack, 3 pack, and 12 pack. The set we're reviewing today happens to be a 3 pack. The three figures sit loosely inside the blister, with some fantastic looking graphics displaying the S.L.U.G. Zombies logo at the top. You have the characters' names on the front of the blister, and the back shows you the rest of the mini figures in series 2. Also included is a fold up sheet inside the package that shows you the other characters in the line. The packaging is very attractive and definitely gets your attention. The vibrant reds and greens used help them stand out on the pegs, and you'll always know who you're getting in each pack. 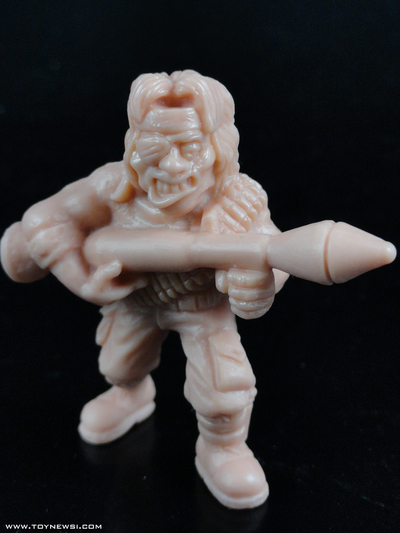 SCULPT - Each of the mini figures stands on a 2" scale, and thus should have no problem fitting in with other similar mini figure lines. The sculpts are amazing, especially considering the scale. They're stylized, but there's still a lot of deep detail in each figure. You've really detailed scars on Captain Payback, and lots of wrinkles on the decaying skin of the zombies. There's fabric folds sculpted into the clothing, and you can easily make out what's going on with each figure, down to Captain Payback's bullet bandolier, or the broken tennis racket and brain held by Andrew Agony. Considering that on this scale, they could have gotten away with a lot less detail, it's surprising the level that was put into it. 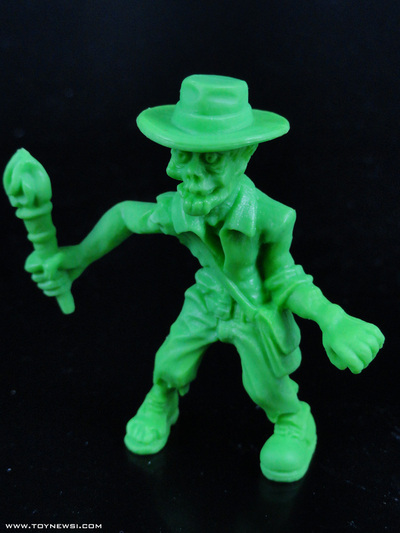 PAINT - These mini figures are completely without paint. They're not meant to be painted though. They're supposed to harken back to the classic lines, which also were completely unpainted. Part of their charm is in their monotone looks. It's partly a shame though, because you know that with a proper paint job, the sculpts on these guys could really pop. With that said, there is a clear color design going on. All of the zombies are cast in an almost neon green, while all of the human characters are cast in a light flesh tone. It's clearly so you can tell the humans and zombies apart easier, and kids will no doubt love that you can tell the good and bad guys apart so easily as well. 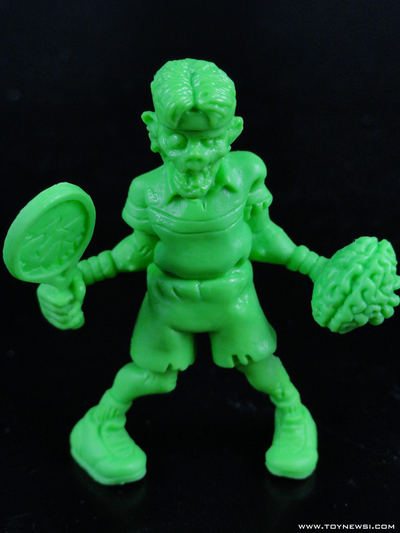 ARTICULATION - These feature zero points of articulation. Each mini figure is one solid piece of plastic. I don't fault them though, since once again, the entire charm of these figures is that they're small, unpainted, unarticulated figurines. But just because they're unarticulated doesn't mean you can't have fun displaying them. 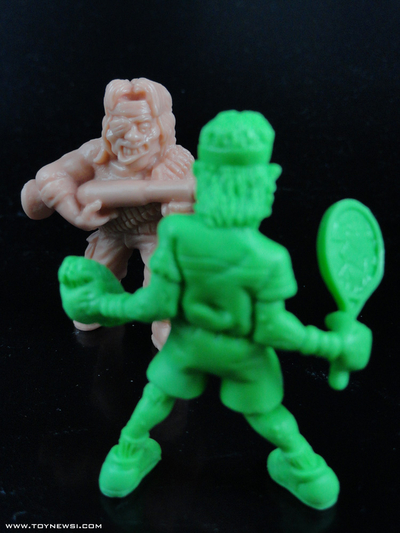 ACCESSORIES - They also feature no accessories, though they're all sculpted holding some kind of object. 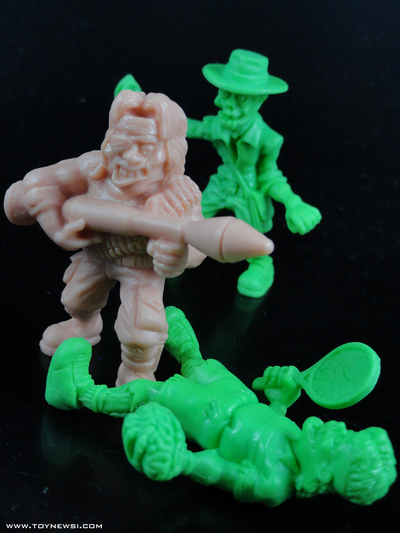 FUN - Despite no articulation, they have great sculpts and are fun to mess with. If you've got a bunch, they look great standing together, and kids should definitely have no problem getting into these. I seriously didn't know how much fun I could have with these guys until getting them open. Being a zombie, and general monster and horror fan, I was easily drawn to them and have found myself carrying them around the house without even knowing it. 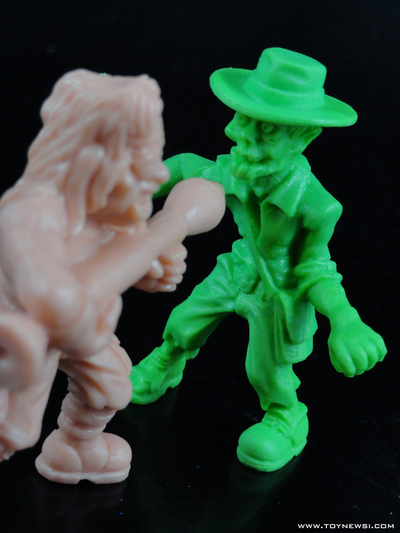 OVERALL - They're small, really durable, very inexpensive, and have the potential to be quite addicting. I can picture kids carrying them around in their pocket, making trades with their friends, just like in the 80's with the classic mini figure lines. Even adults can have fun with these. Well, at least I did. I wouldn't necessarily call myself an "adult" per se, but I like to think that all of us collectors like to stay young at heart. For collectors, these obviously won't be for everyone, but for those out there who would naturally be drawn to these sorts of toys, you'll love them. They're very small, which makes them easy to store or display, and they're incredibly inexpensive, which makes it very affordable to get into collecting them. For what they're meant to be, they're very fun. 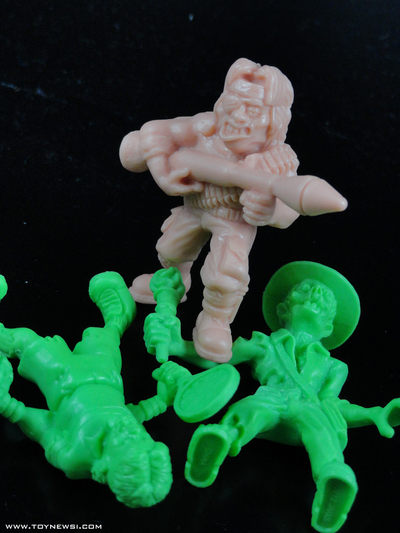 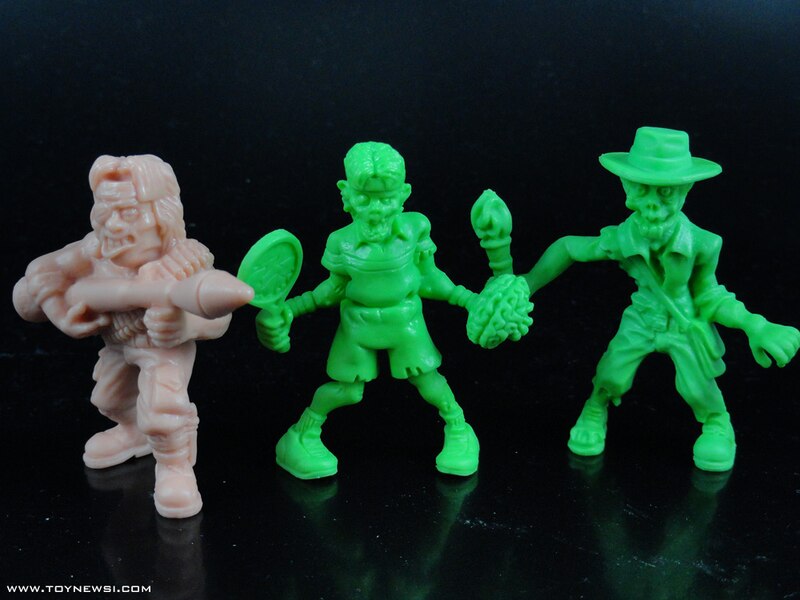 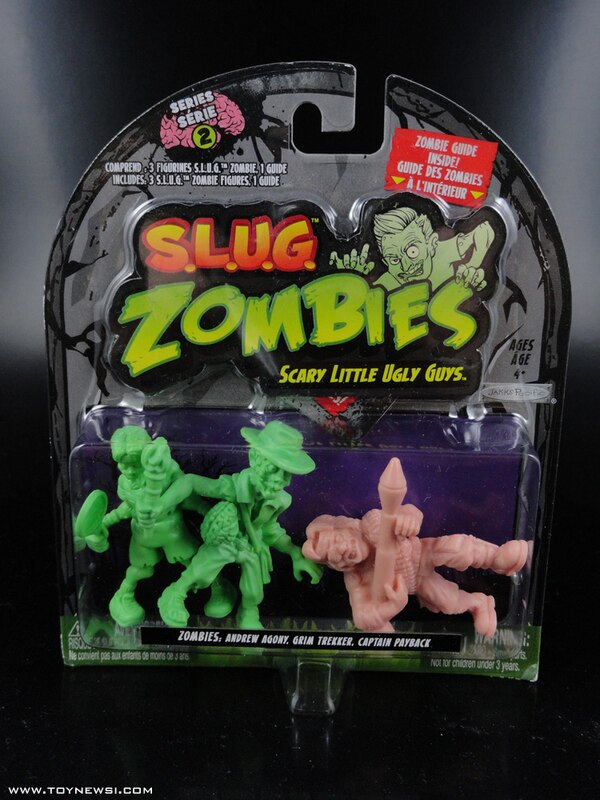 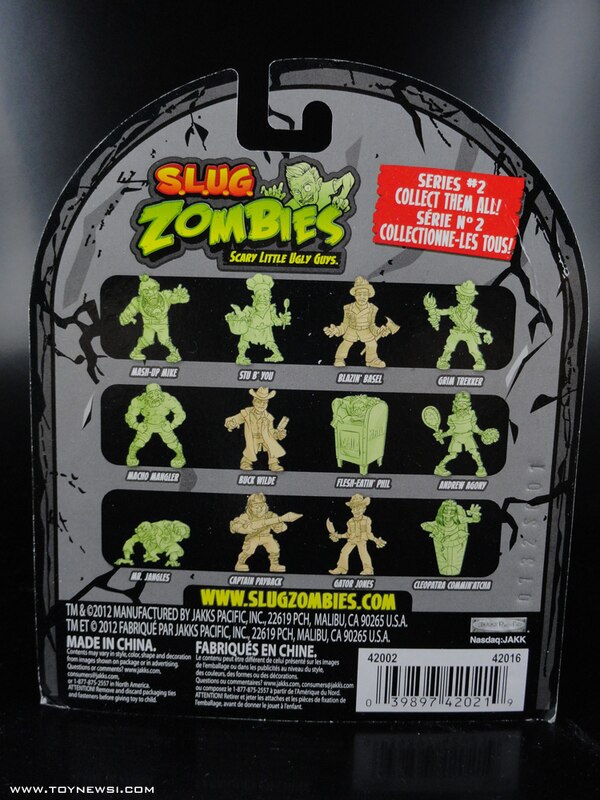 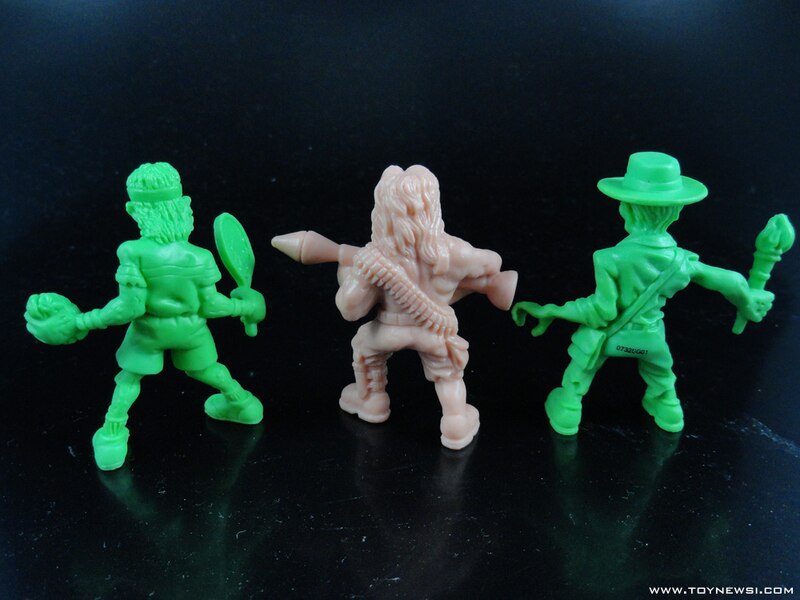 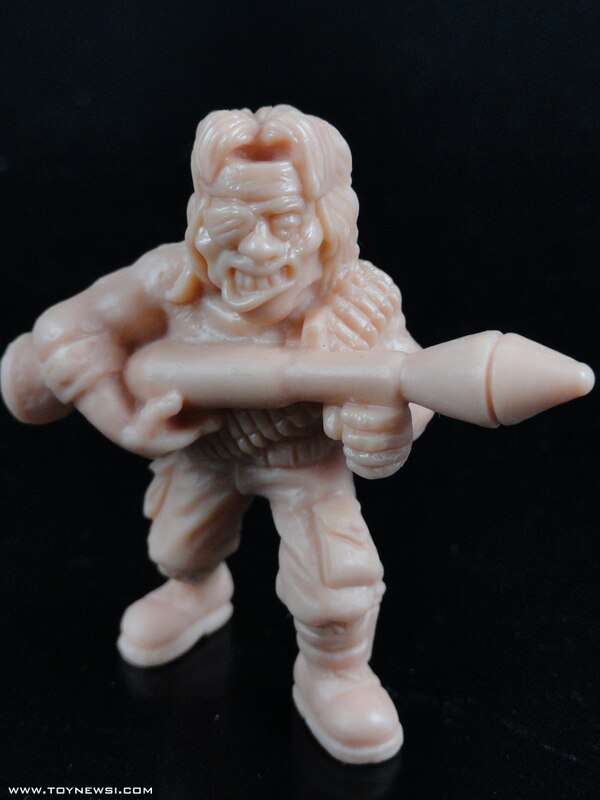 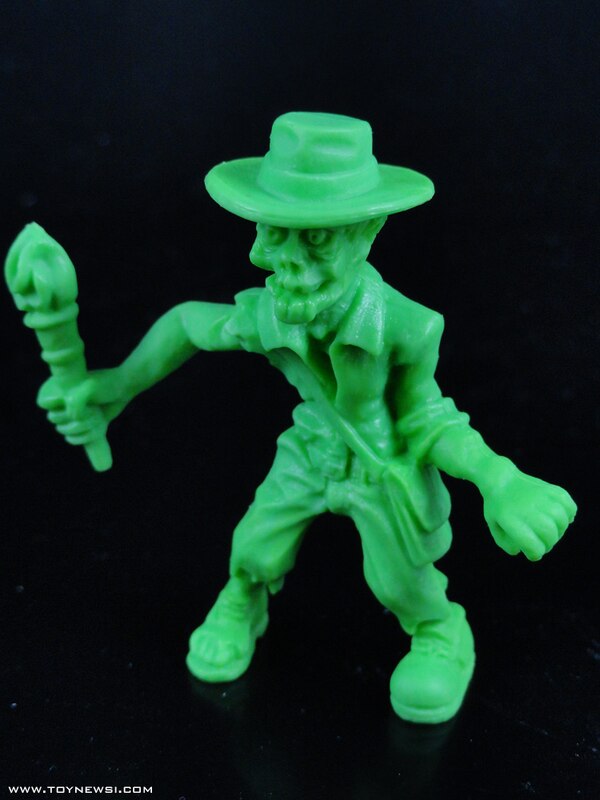 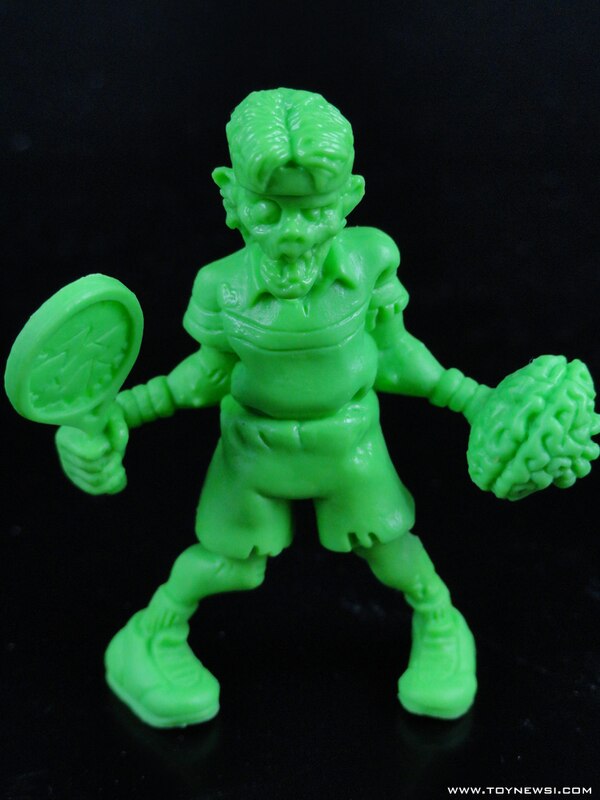 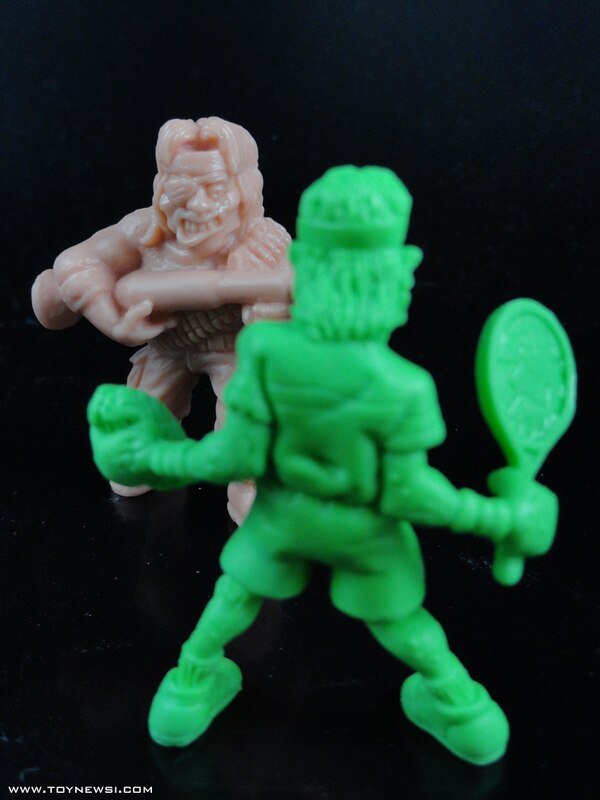 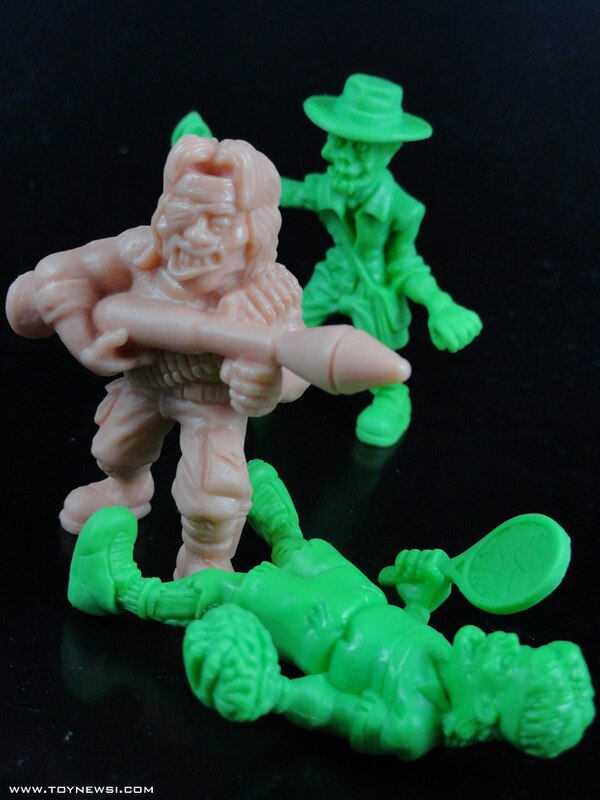 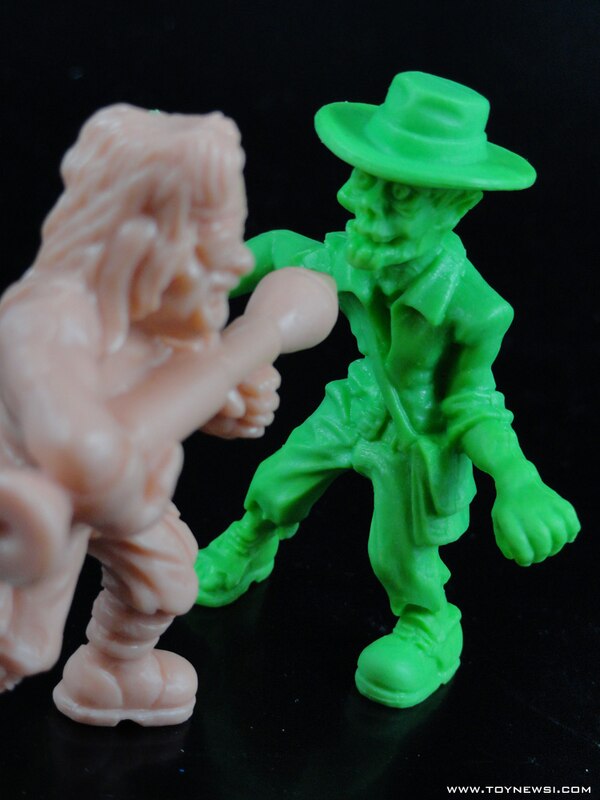 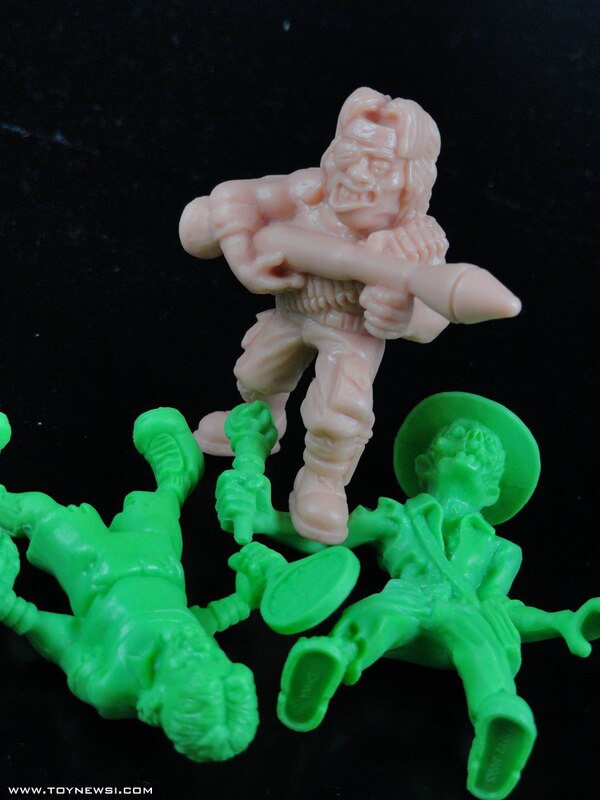