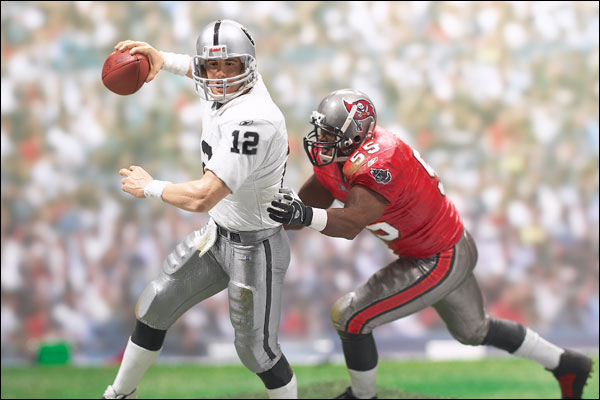 Here are the latest headlines from the News Section of spawn.com.

To read the full text of the stories listed below, please click here: spawn.com/news

Emmy-nominated writer and producer Morgan Gandel, who helped develop "Spider-Man," MTV's newest animated series, is this week's guest on the Todd McFarlane show with Seth Everett. In addition to the Hollywood talk, Todd and Seth will break down the current divisional and wild-card races as the regular season draws to a close this month.

As always, the show can be heard live from 4 to 5 PM Eastern on MLB.com Radio.

Based on the legendary Marvel comic book, and fresh off the hit motion picture, the animated series, "Spider-Man" follows the adventures of Peter Parker who develops superhuman powers after being bitten by a genetically altered spider. Now in college, Peter juggles academics, work as a stringer photographer for the Daily Bugle as well as selling candid video of Spider-Man to Empire 1 News Channel, an on-again-off-again relationship with the love of his life, fighting super-villains and criminals -- all the while struggling to maintain his secret identity as Spider-Man. The series was created in a unique computer-animated style, providing a new look for this classic hero. It would be the first time ever that "Spider-Man" would be 3-D animated.

Morgan wrote 12 episodes and was the executive producer who oversaw the entire project. He has impressive Hollywood credentials, including working on "VIP" (with Pam Anderson) as executive producer and head writer, as well as writing for "Deep Space Nine" and "Star Trek the Next Generation."

If you want to ask Todd questions about McFarlane's Sports Picks, this week's guest or any other topic, please send them to radio@mlb.com and put Todd McFarlane in the subject line.

To listen to the show and to get more information about the MLB.com subscriptions, click here https://www.spawn.com/news/events/mlbradio.aspx, to hear past clips and click through to MLB Radio's home page.

If you are a fan of autographed merchandise, and a fan of Arizona Diamondbacks pitcher Curt Schilling now is your chance to win one of 20 autographed collectible McFarlane's Sports Picks figures. This week's auction is nearly over, but fear not as a new one will begin Sept. 11.

For years, our fans have clamored for larger-scale figures than we normally produce, particularly our McFarlane's Sports Picks fans, who want to see their favorite players in 12-inch scale. In 2003, McFarlane Toys came through, starting with a line of five NFL football players to be released in 12-inch form and hitting stores in mid-September. After seeing the positive reaction from both fans and retailers about this product, we knew we had to keep the momentum going.

To celebrate the mid-October release of Midway Sports NFL Blitz Pro video game, McFarlane Toys and Midway Games have teamed up to send you to the Pro Bowl. Additionally, McFarlane is proud to offer their support in NFL Blitz Pro. Check out the stadiums to see McFarlane banners on the infield and the scoreboards.

'LAST WEEK IN BASEBALL' AT MCFARLANE WAS A UNIQUE ONE
PLAYER INTERVIEWS; TODD AND THE #73 BALL UNITE IN 48-HOUR SPAN

For die-hard baseball fans, the season begins in mid-February when pitchers and catchers report to Spring Training and doesn't end until the last out of the World Series in October. Even for a casual fan, the 162-game season lasting six months can be an endurance test.

If you've never seen or heard Todd McFarlane live on radio or TV, here's your chance. Recently, a reporter from Phoenix NBC affiliate Channel 12 stopped in to see Todd talking about his baseball collection and his business philosphies. Additionally, free-of-charge, you'll get a mini-tour of the spawn.com headquarters. Click here: https://www.azcentral.com/business/columns/articles/0903MoneyMinute03-ON.html for the streaming video link, compliments of Channel 12 News and azcentral.com.

Our first NFL two-pack featuring a boxed set of Green Bay Packers QB Brett Favre, No. 4, vs. Chicago Bears LB Brian Urlacher, No. 54 was a spectacular success when it was released several weeks ago.

Our first video game project of the year, SOULCALIBUR II from Namco, has hit the shelves. The Xbox version of the game features Spawn as a playable character and McFarlane Toys released an accompanying series of incredibly detailed 4-inch-scale action figures. The fluidity of the characters' movement in the game is amazing and SOULCALIBUR II has been getting rave reviews in the gaming press. Congratulations to Namco on another successful title.