McFarlane
by Outsiders
March 23, 2012
McFarlane Toys’ online store, as part of their Collectors Club program, will be releasing a line of sports statues as part of their new resin program launched last November. The line will include some of the most popular current and past players within their respective leagues.

First up to the plate is one of the most recognizable Major League Baseball (MLB) players currently playing baseball. Derek Jeter has played in MLB for the last 17 years as the New York Yankees’ elite shortstop. A five-time World Series champion and twelve-time All-star, Jeter’s leadership on and off the field has directly contributed to the Yankees success over the last two decades.

Also known for his hitting and base running abilities, Jeter is the Yankees’ all-time career leader in hits, games played, stolen bases, and at bats. He has received four Silver Slugger Awards and is a five-time Gold Glove Winner, along with being selected to Sporting News All Decade Team and Sports Illustrated MLB All Decade Team in 2009.

This limited-edition resin statue celebrates Derek Jeter’s amazing career with all the ultra-detail and quality McFarlane Toys’ is known for. A plaque inlayed into the base highlights some of Jeter’s record-breaking accomplishments during his dominant and successful career.

This statue stands approximately 12-inches tall, is individually-numbered, and retails at $225 with FREE Shipping (Only available in US and Canada). The statue will be limited to no more than 500 pieces made.

As an added bonus, each statue will include a signature underneath the base by the internationally acclaimed artist and creator of McFarlane Toys, Todd McFarlane.

The Derek Jeter statue is planned to ship August 2012. Customers will not be charged until the order is shipped.

Also, keep a look out for other MLB players that may make there resin statue debut including Tim Lincecum, Albert Pujols, Matt Kemp, David Ortiz, and Alex Rodriguez.
Image 1 of 5 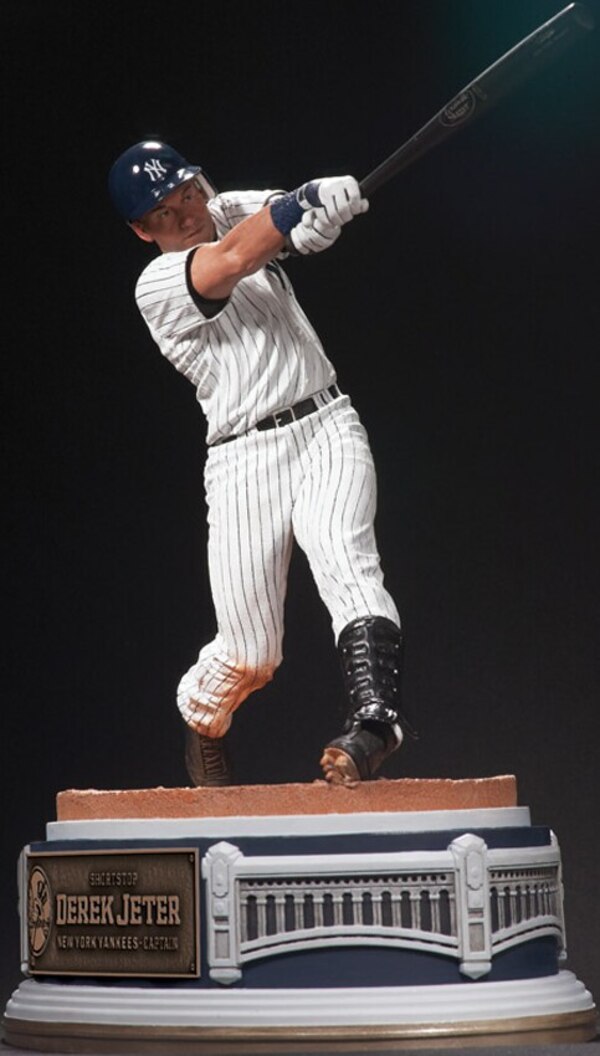 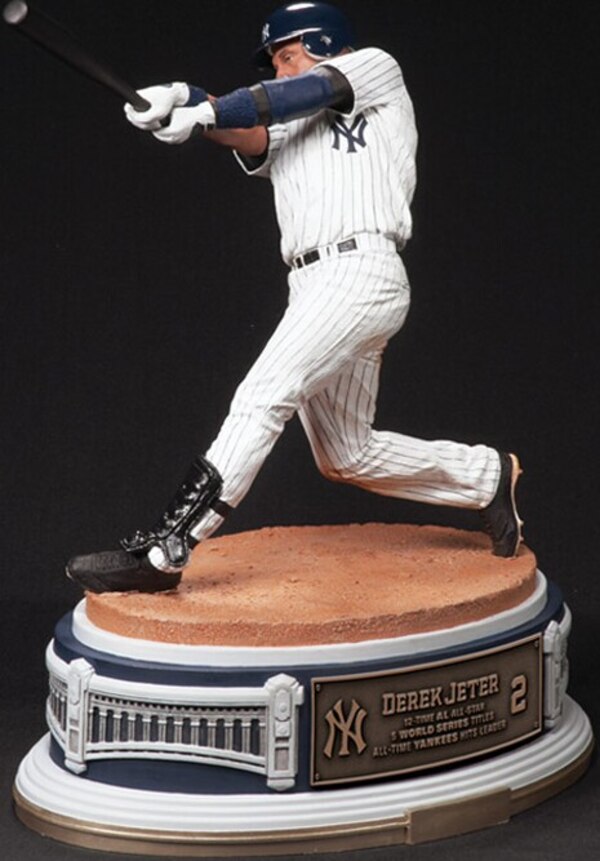 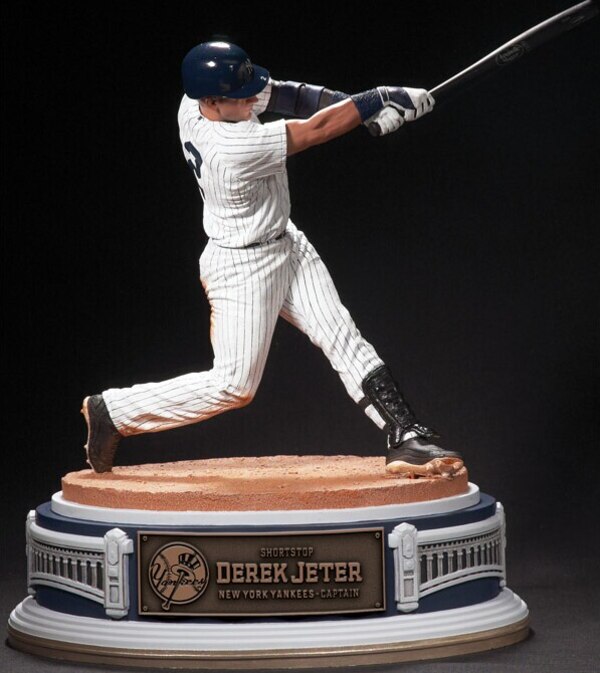 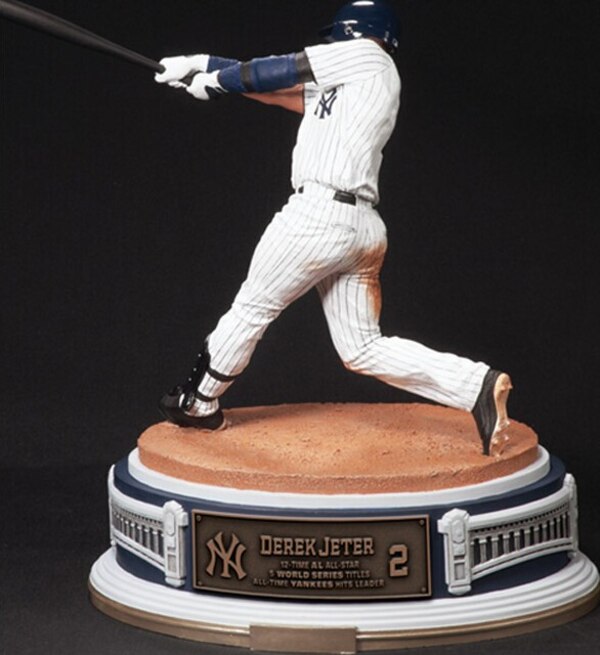 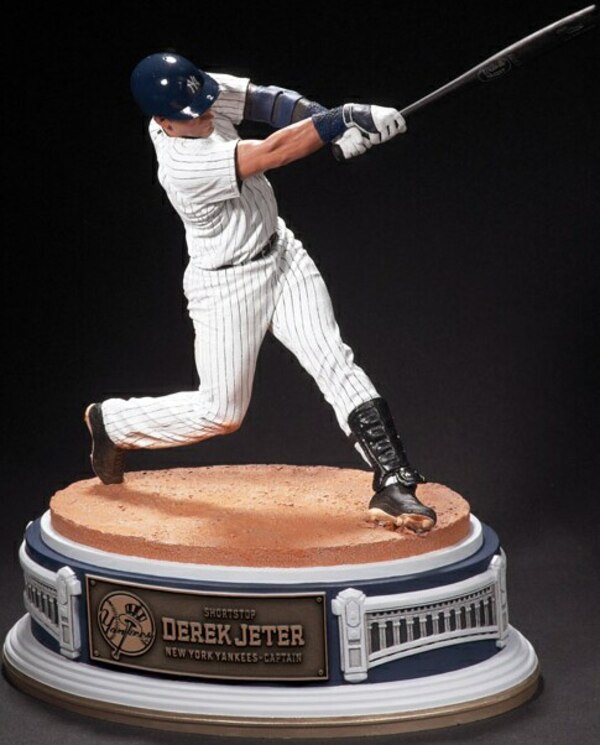 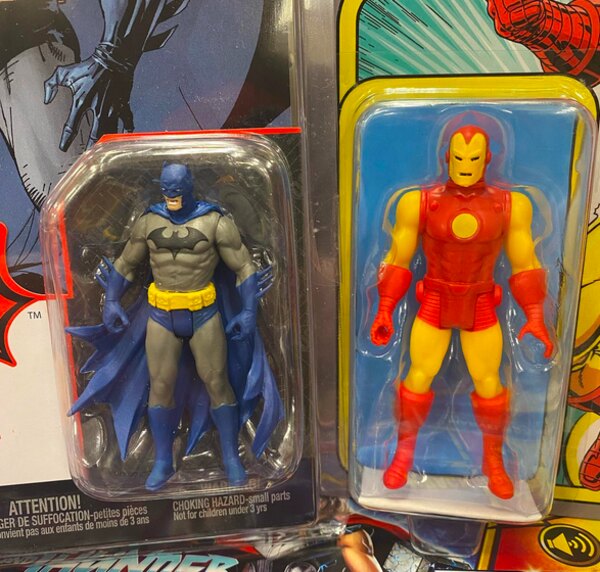 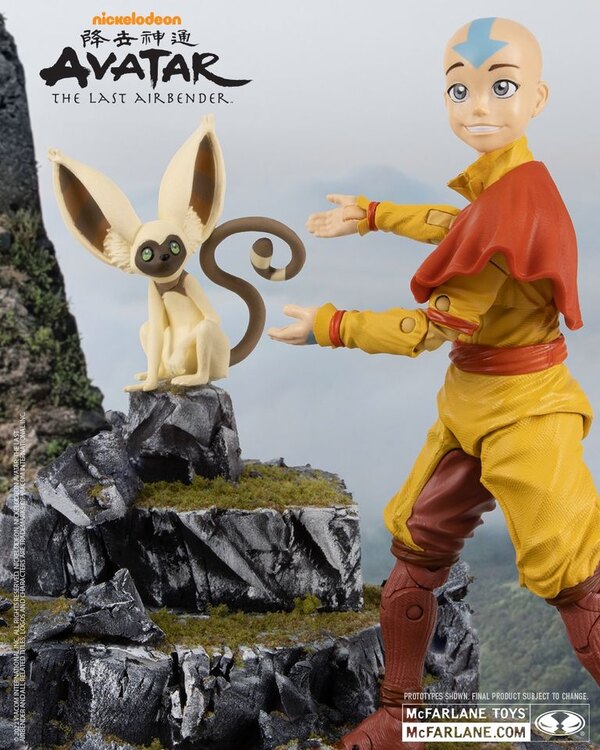 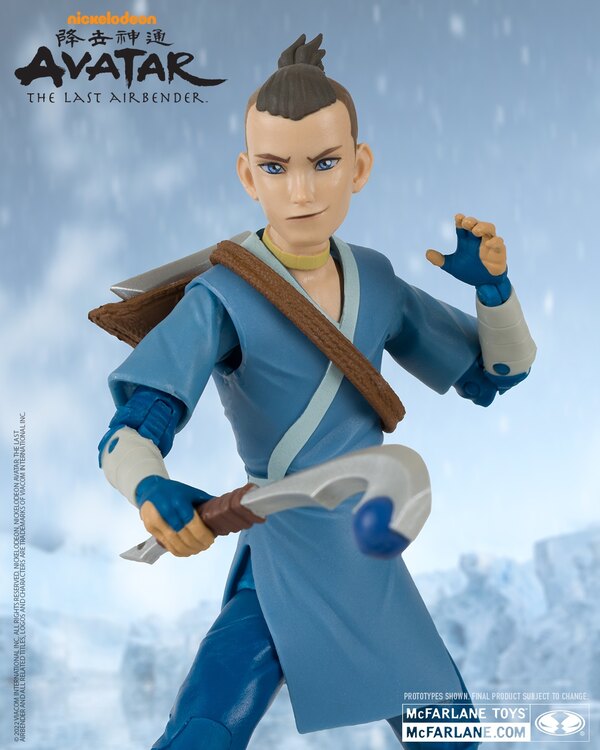 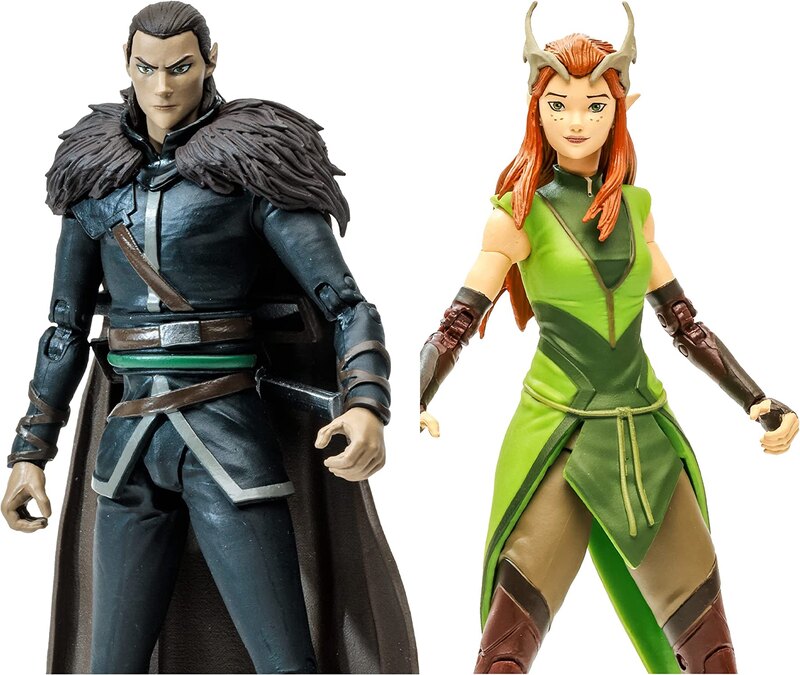 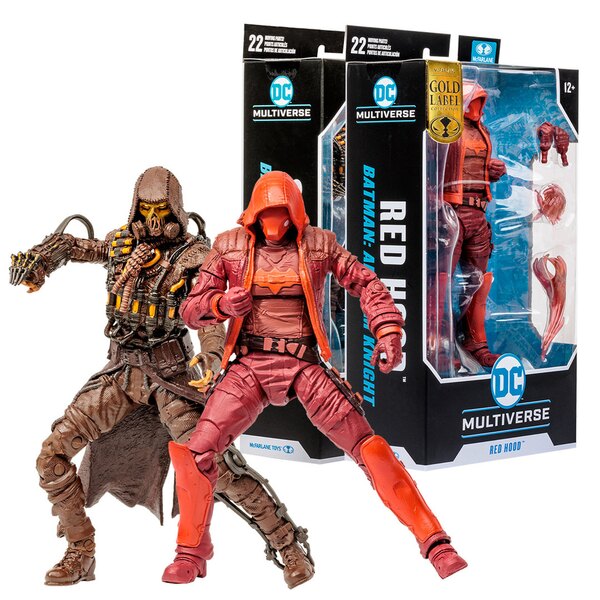