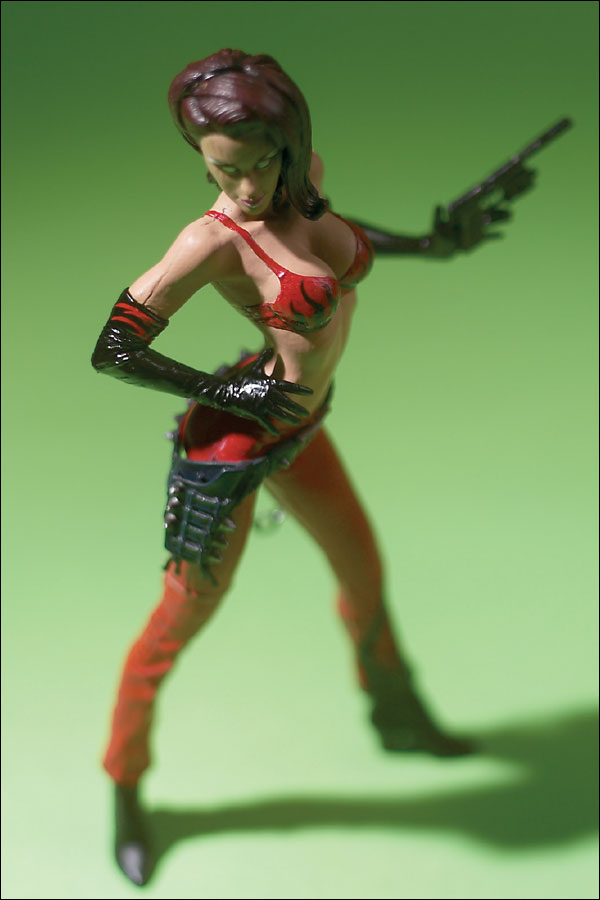 The next Club action figure, scheduled for release in February as part of Spawn Series 25, is ...

Those of you who have been a part of the McFarlane Toys Collector's Club for some time no doubt remember the original Biker Chick release in 2002. The original version was one of the most limited Club figures ever released.

Since so many fans weren't able to get this piece (and the paint department wanted another crack at her), they're offering a completely repainted version in 2004 to coincide with Spawn Series 25.

The new Biker Chick has paler skin tone and brown hair instead of black. Her leather outfit is now red with black highlights and all her jewelry is gold instead of silver. The purple tribal tattoo on her torso has been replaced by a gold tattoo on her shoulder blade.

She still includes a detachable holster with chain, silenced pistol and an automatic rifle with massive angelic Hellspawn blade. Of course, the packaging has also been updated in the Series 25 theme.

As stated, this item will only be available through the Club store at spawn.com in late February, concurrent with the retail release of Series 25. Usual purchase limits will apply and it will sell for $10 each plus shipping.