McFarlane
by Jay Cochran
June 21, 2021
After yesterday's Summer Showcase from McFarlane Toys for Spawn, we wanted to recap the information we know for sure and what we think we know.

First we know these figures are confirmed:

We know the figures will be going up for pre-order sometime this Wednesday (6/23). That's assuming someone doesn't slip them out sooner. We know Gamestop has been letting folks who go into physical stores pre-order all these except Gunslinger for over a month now.

Besides the figures listed above, Todd McFarlane said yesterday they are currently working on at least 3 additional Spawn figures which will be available at a later date.

We know there will be two versions of Redeemer released. The wing colors will be different between the two figures and one will come with a sword and the other a staff.

So that concludes all the official details from yesterday. Now for what we think we know based on our own investigating, which we imagine will be confirmed by the 23rd when these officially go up for pre-order.

Gunslinger is going to be a store specific exclusive here in the US. The most likely choices are Target or Walmart. My money is on Target. We know it's not Gamestop because that is the one figure they didn't have listed in their systems.

One of the two Redeemer figures may also be a store specific exclusive. The way it was described, one of them is sounding like a Gold Label figure like they did last year with the Mandarin Spawn. If so that would make it a Walmart exclusive here in the US.

The last listing might be Gunslinger. Raven Spawn was the only other figure we couldn't find a specific listing for in the Target system, but we know Raven Spawn will be a general release.

So that's it for now. We should be getting detailed official images by Wednesday as the figures go up for pre-order, and we will update with confirmed specifics like where Gunslinger is going to be released when they become available.
Image 1 of 9 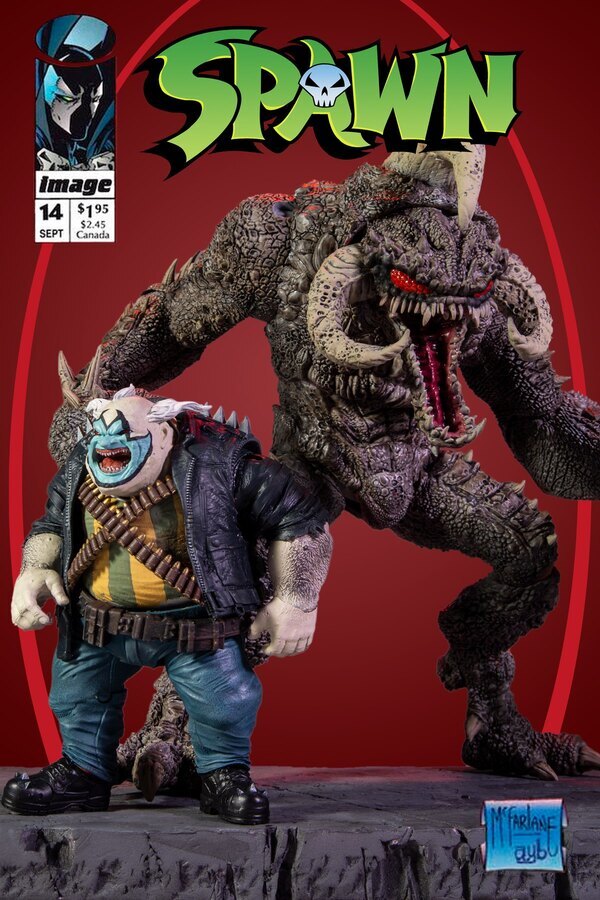 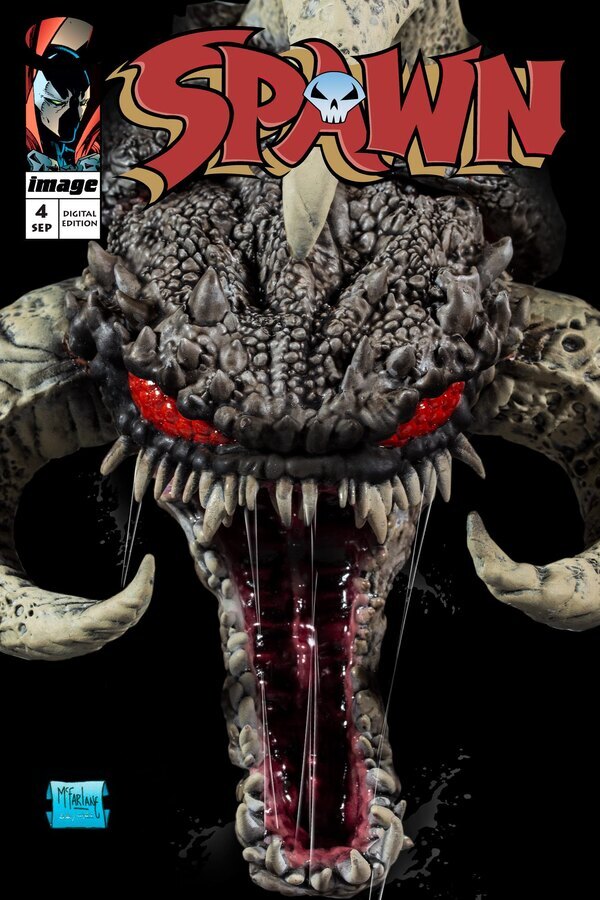 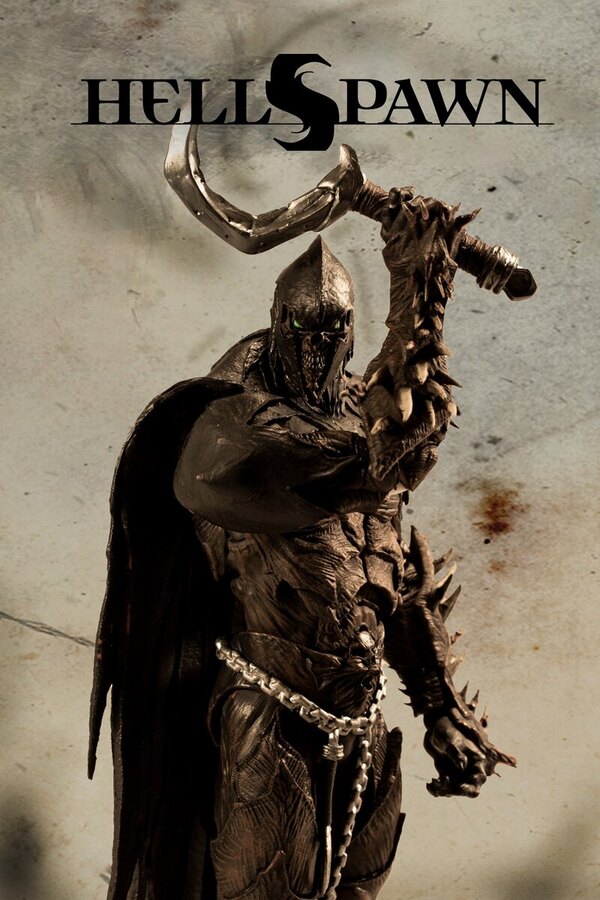 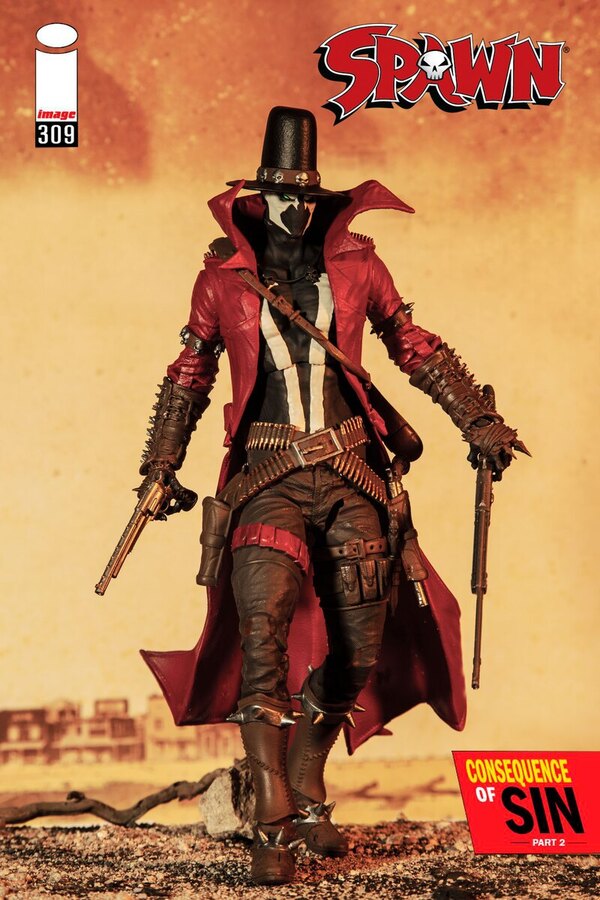 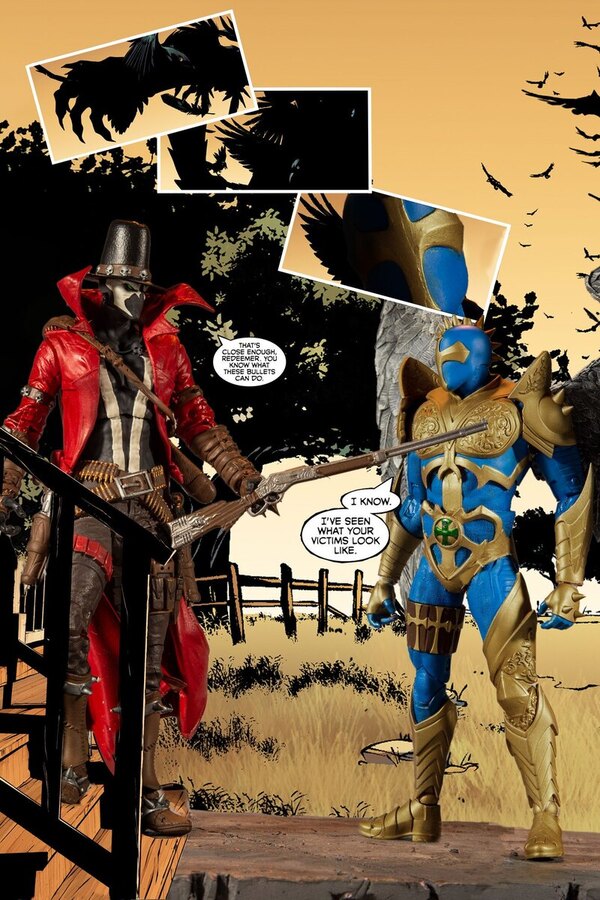 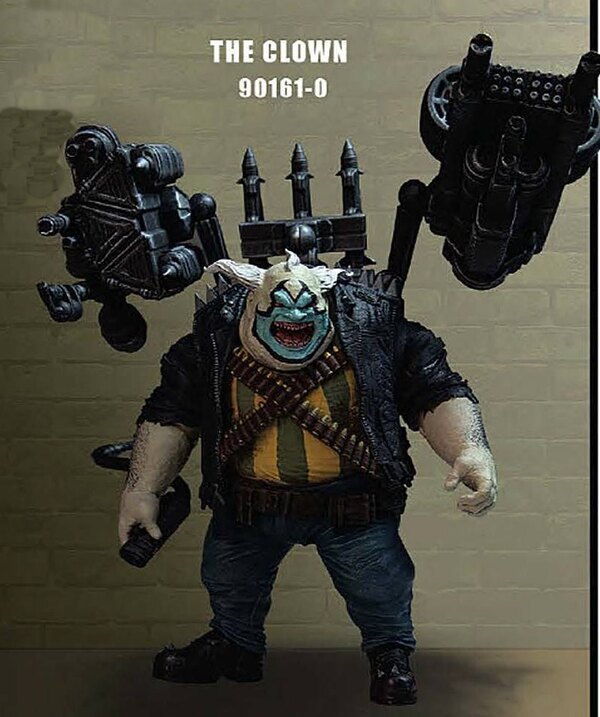 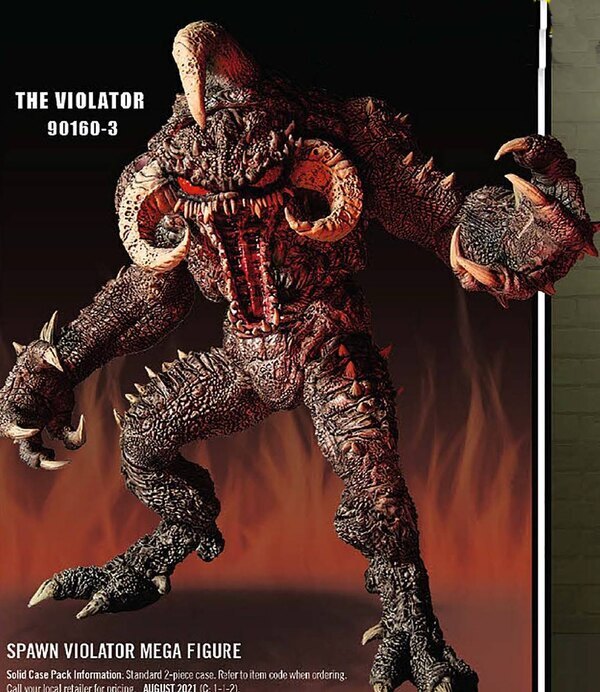 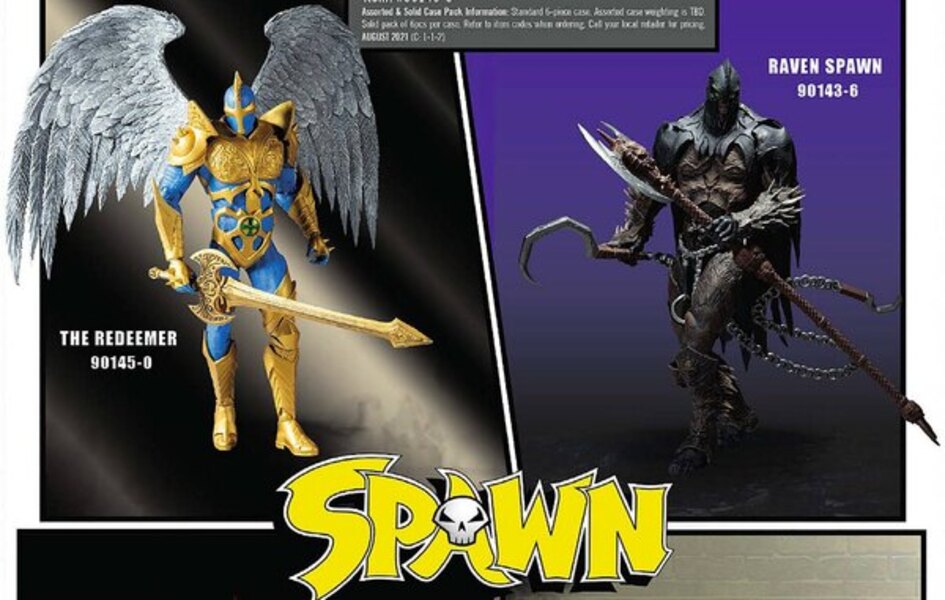 Does it feel like Todd is just having a lot of fun these days?

Todd McFarlane today as part of his Toy Fair reveals posted a video that focused on the new Spawn figures we showed you earlier today including the Deluxe Spawn with throne, Ninja Spawn, Overtkill, Haunt and a variant Raven Spawn. In this video he also teased his new Medieval Spawn by giving us a glimpse of it from the back.You may recall last March Todd had said Medieval Spawn was going to be his next Kickstarter Campaign. In this video he says he will be doing another video likely this weekend about Medieval Spawn where I am guessing he will give full details for the Kickstarter. Of course when he does we will be sure to update you.

Hope he promises to run this kickstarter better because his first one was terrible! Hope lessons are learned. But I'm glad I got my classic spawn. I'd definitely back a Medieval Spawn.

- $49.99Designed with Ultra Articulation with up to 22 moving parts, as well as a moving jaw for full range of posing and play.All the figures except Gunslinger which is a Target store exclusive are available at our sponsor BigBadToyStore.com.

Someone has posted a review of the modern Raven Spawn on YT. Not a bad update to the original figure overall for its price.

Some of these Platinum figs go for hundreds of dollars on eBay, so I hate this crap. That white Warhammer female fig they put out was going for upwards of $450 at one point. Luckily, good sense seems to have won and you can get it for $40 now. Same for those bronze DC figs of Arkham Batman and Joker. You can score the pair for about $100 total and maybe $90 if you can get a good deal on one of them. Gold Labels figs have been incredibly easy to find in store around here, so I'm not too worried about those. I've seen dozens of Gold Warhammer, Batman, and Witchers at more than one WM and especially at one in particular that has 6 pegs of them. Hopefully that doesn't change. I know they had plenty of the yellow Spawns back when that hit along with whatever the other new Gold Label was at that time.

JayC - 2021-07-11 @ 4:47 pm
Shown below via Toy Shiz is our first look at the McFarlane Toys 7" Platinum Edition Redeemer figure. This marks the 3rd version of Redeemer being released by McFarlane Toys. Previously we had seen the regular version and then a black and silver versionwhich is likely going to be released under the Gold Label banner.This version differs from the regular version by having necro-energy green colored wings. Being a Platinum Edition figure means it will be a randomly packaged chase figure sold with the regular release version. You can purchase Spawn figures from our sponsor BigBadToyStore.com.? ?
Outsiders - 2021-06-24 @ 3:09 pm

New Spawn is available for pre-order from BBTS