Marvel
by Jay Cochran
January 05, 2007
Sideshow Collectibles, the world's premier manufacturer of licensed and proprietary collectibles, has acquired rights to produce collectible products based on the highly anticipated film Spider-Man 3, in theaters May 4, 2007. Sideshow, which has previously produced premium format statues, busts, and dioramas based on the popular Marvel Comics character, will now apply its creative resources to the film characters in a deal that will produce several vivid, intricate recreations.

These items will be available online at www.Sideshowcollectibles.com and through many comics and specialty collectibles retailers.

Columbia Pictures' Spider-Man™ 3 reunites the cast and filmmakers from the first two blockbuster adventures for a web of secrets, vengeance, love, and forgiveness that will transport worldwide audiences to thrilling new heights on May 4, 2007.

In Spider-Man™ 3, based on the legendary Marvel Comics series, Peter Parker has finally managed to strike a balance between his devotion to M.J. and his duties as a Super Hero. But there is a storm brewing on the horizon. When his suit suddenly changes, turning jet-black and enhancing his powers, it transforms Peter as well, bringing out the dark, vengeful side of his personality that he is struggling to control. Under the influence of the suit, Peter becomes overconfident and starts to neglect the people who care about him most. Forced to choose between the seductive power of the new suit and the compassionate hero he used to be, Peter must overcome his personal demons as two of the most-feared villains yet, Sandman and Venom, gather unparalleled power and a thirst for retribution to threaten Peter and everyone he loves. 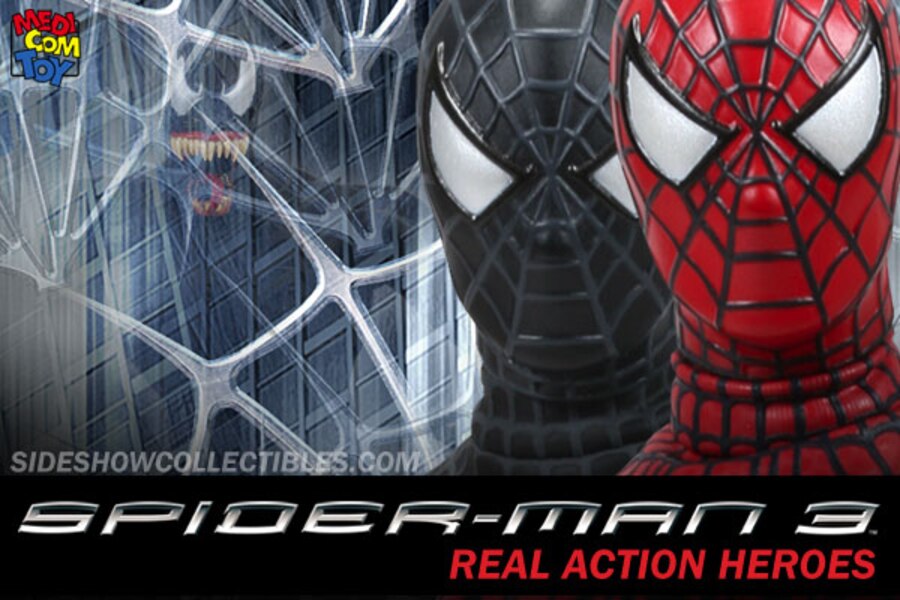