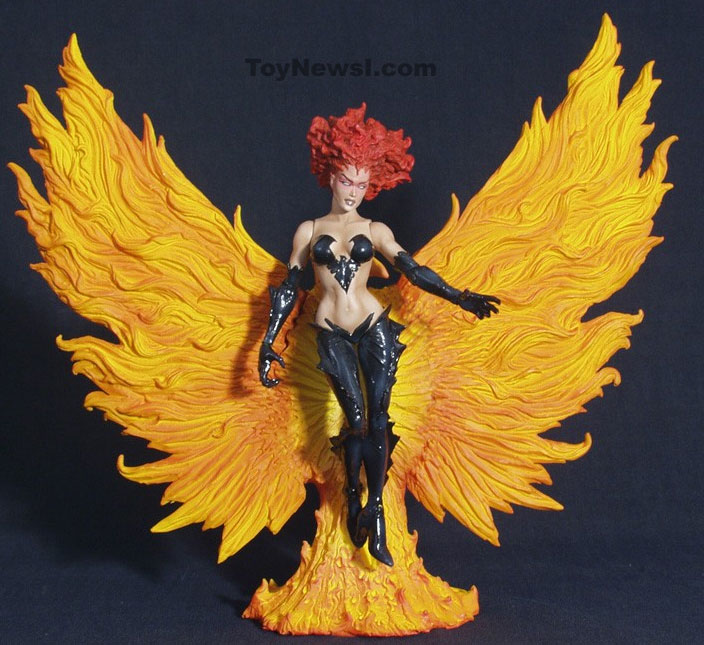 First appearing in Uncanny X-Men #101, the mysterious energy known as the "Phoenix Force" made its presence known when it empowered the fallen X-Man, Jean Grey, with its cosmic essence, thus ensuring her status as one of the most popular — and endearing — icons in the Marvel Universe. Since her initial resurgence, this fan-favorite character has seen her fair share of evolution and adversity — a fate no better defined than in Grant Morrison and Marc Silvestri’s critically acclaimed "Here Comes Tomorrow" (New X-Men #151-#154) story arc, where the heroine once again sacrificed her life in the line of duty. Produced by Diamond Select Toys and Collectibles and not available in mass-market outlets, this amazing interpretation of Phoenix from this gripping storyline…. 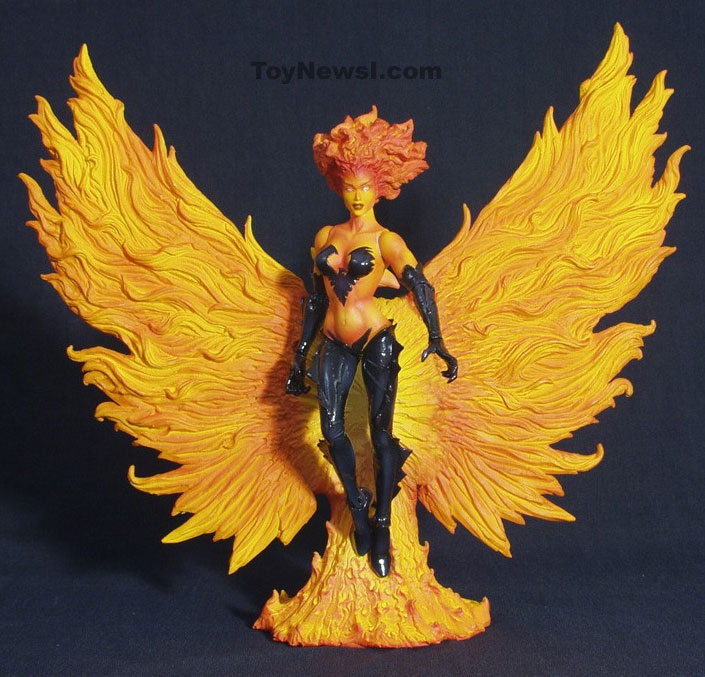 is Sculpted by Sam Greenwell, this figure is available as both human and fiery versions, which come with “Phoenix Effect” accessories, and are evenly packed in the assortment. Both versions will boast deluxe blister card packaging – these all-new figures are in scale with the rest of the best-selling Marvel Select action figure line. Figure SRP $18.99.


Look for this on the shelves of comic and specialty shops today, 3/30/05.