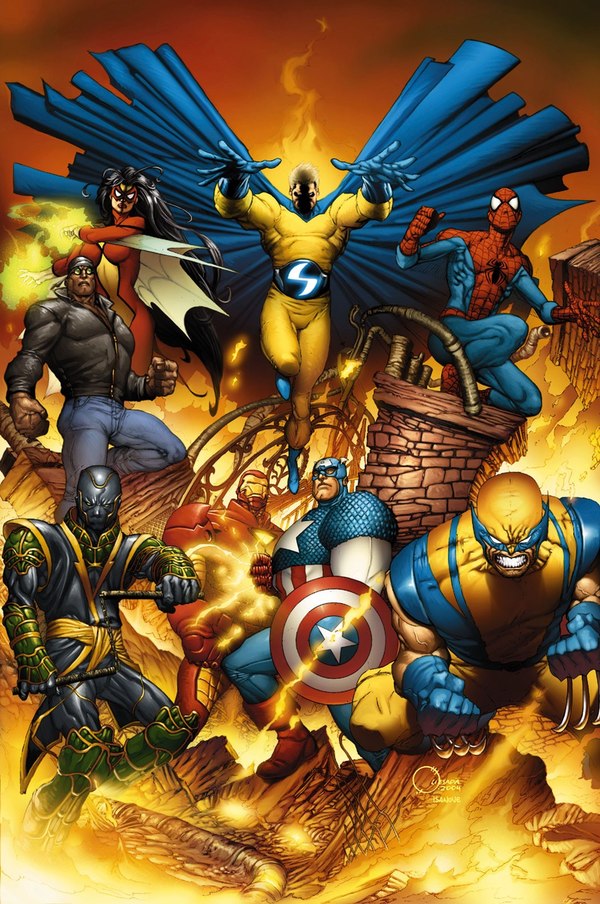 
The folks at Toy Biz have let us know that later this year they will be releasing a TRU exclusive Marvel Legend boxset based on The New Avengers. For those of you not familiar with the new team, the set will include Spider-Man, Captain America, Wolverine, Daredevil, Iron Man, and for the first time in Legend form figures of Cage, Spider-Woman and Sentry.


There is one more surprise related to this boxset, but might be considered a spoiler by some. So if you would like to know what it is simply use your cursor to highlight the following text between the astriks, *APRIL FOOLS*. Stay tuned as more details become available.