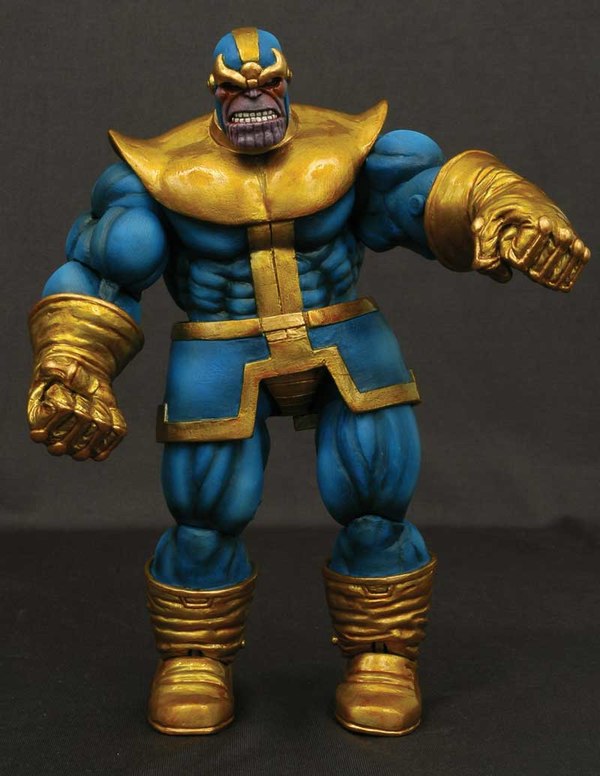 
Fans have wanted him for years, and a Select few saw him at Toy Fair. Just in case you haven’t heard… Thanos will be the next action-figure in Diamond Select Toys' Marvel Select line. Offered in the May issue of Diamond Comics Distributors’ Previews catalog (on sale 4/20/05), the Thanos action figure features 14 points of articulation, and even comes with a removable Infinity Gauntlet. Also included is the great love of the mad Titan: Death, featured as an unarticulated, in-scale companion figure.

Thanos, the galaxy-wide conqueror of worlds and beings, is perhaps best known for his lust and desire for the human embodiment of Death. For her he has destroyed planets and countless sentient beings. With his Infinity Gauntlet in hand, Thanos could bring an end to worlds with but a snap of his fingers. His power and forces go beyond those of any one force, and it has taken some of the Marvel Universe’s greatest heroes to bring him down — but each victory has been hard-earned!

The Thanos action figure is cast in scale with all of the previous releases in DST’s Marvel Select Action Figure Line, and is set for release Fall 2005.