2008 Toy Fair
by Jay Cochran
February 19, 2008
World leader in the manufacturing of licensed and proprietary merchandise, Sideshow Collectibles is excited to announce the upcoming releasing of a new Jurassic Park product line. Based on the novel by Michael Crichton and directed by Stephen Spielberg, Jurassic Park first captivated audiences with the Universal Studios film release in 1993. The film garnered three Academy AwardsŪ for its sound effects and ground-breaking visual effects, and saw the most box office success of any film before its time. The multi-billion dollar Jurassic Park franchise has grown to include two sequel films, video games, toys, and literature, and a fourth installment in the film series is rumored for release in 2009. Sideshow is licensed to create a line of collectible dinosaur statues and dioramas commemorating the films upcoming 15-year anniversary.


'When Dinosaurs Ruled the Earth' - T-Rex VS Velociraptors

Sideshow Collectibles is proud to bring you the T-Rex VS Raptor diorama, launching the line of Jurassic Park collectibles. In this dynamic diorama, the prehistoric creatures clash in a visceral tear-down fight, perfectly capturing every detail of the final battle scene. Each piece is cast in high quality polystone, hand-finished, and hand-painted to exacting standards. The T-Rex VS Raptor Diorama is complete with a hand-numbered individual edition number on the bottom side of the base. Don't miss this chance to own the premier piece in the Jurassic Park line of collectibles!

Using prehistoric DNA, a wealthy entrepreneur clones dinosaurs for use as theme park attractions on a remote island. But before the park can open for business, a team of specialists must survey the park to ensure its safety. The dinosaurs are seemingly contained in holding paddocks, but when a park employee disables the security system in an attempt to steal some of the cloned embryos, the dinosaurs are released to wreak havoc on the park and its visitors, including an enormous Tyrannosaurus rex and a pack of deadly Velociraptors. As the group struggles to escape the island, these vicious carnivores give chase, leading to a stunning climatic battle. 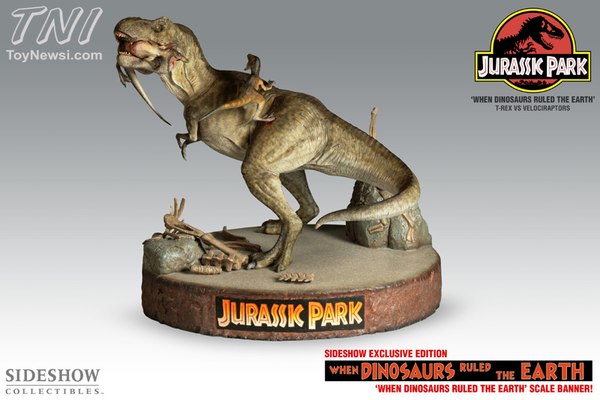 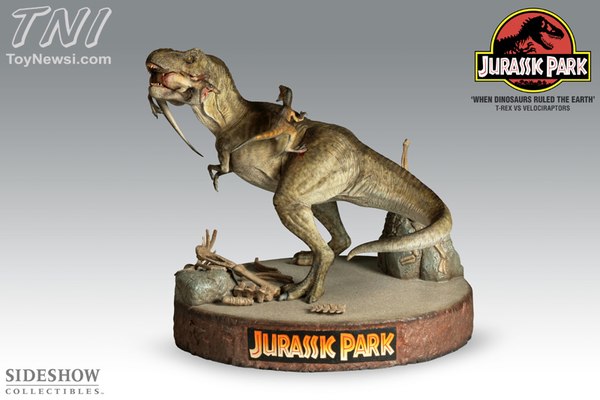 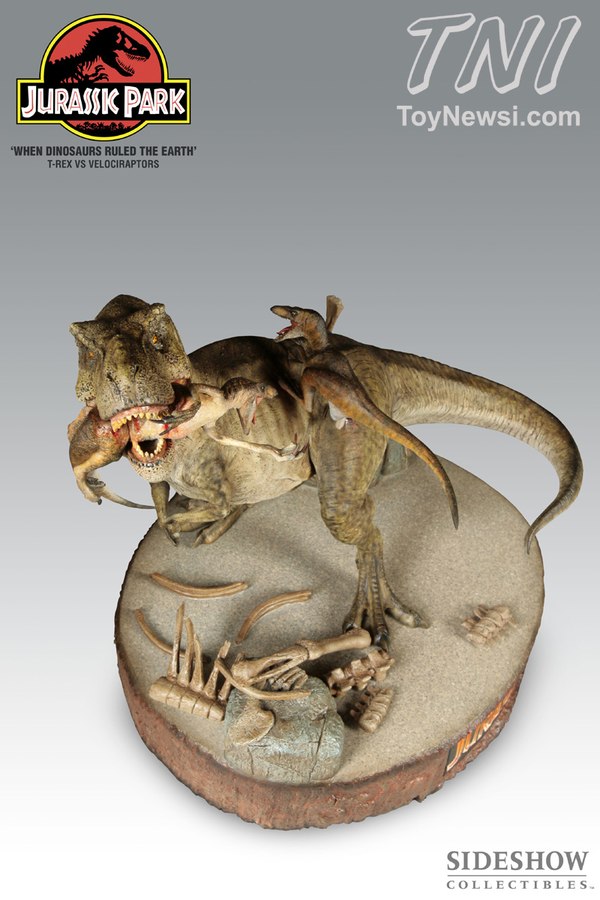 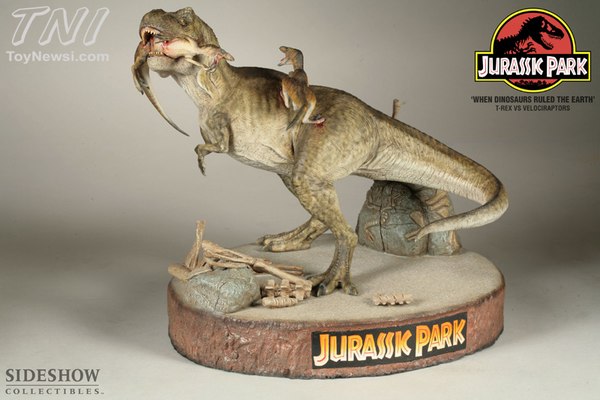 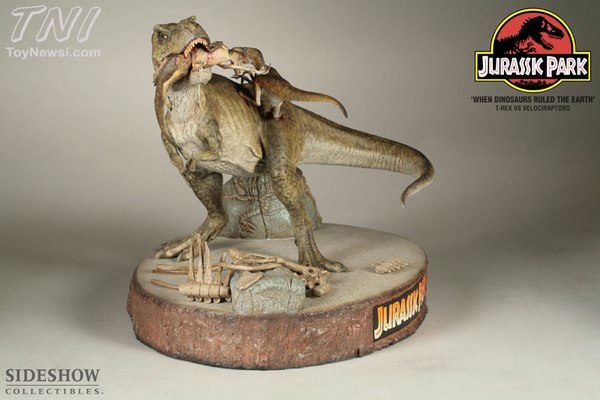 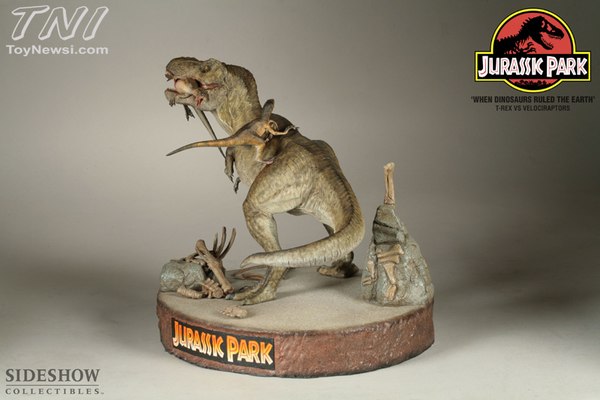 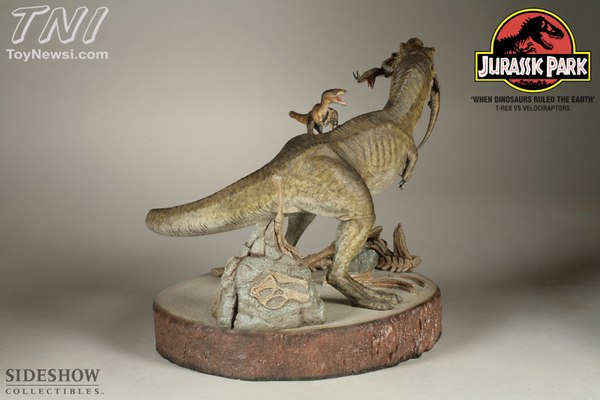 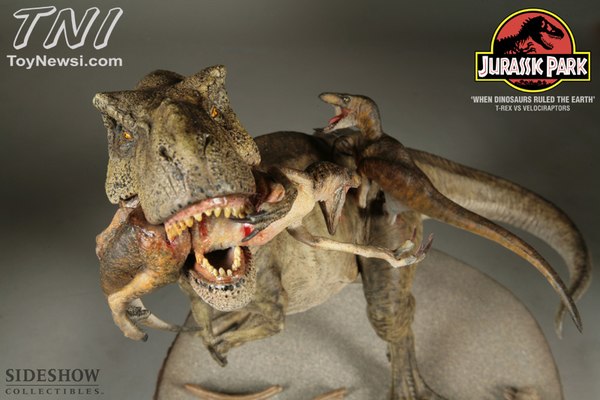 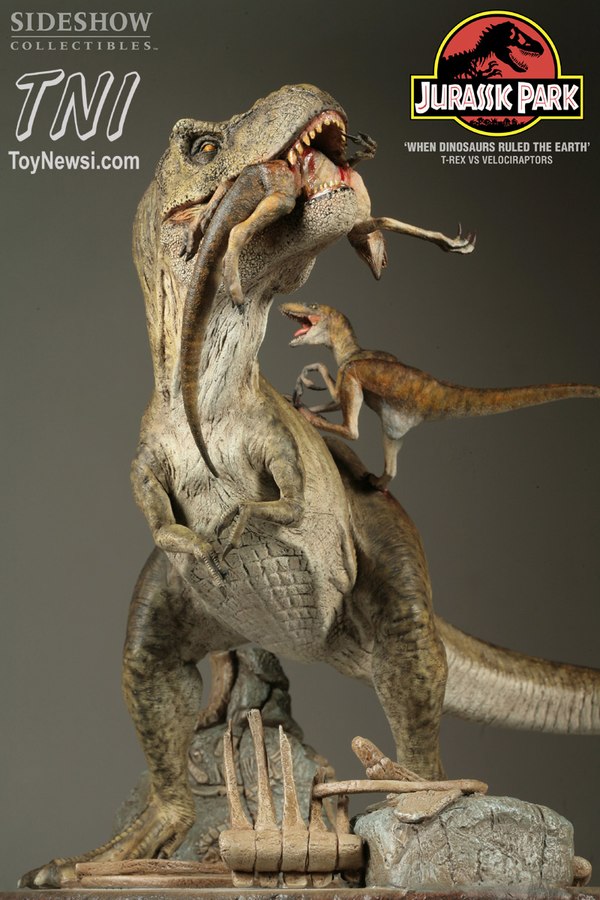 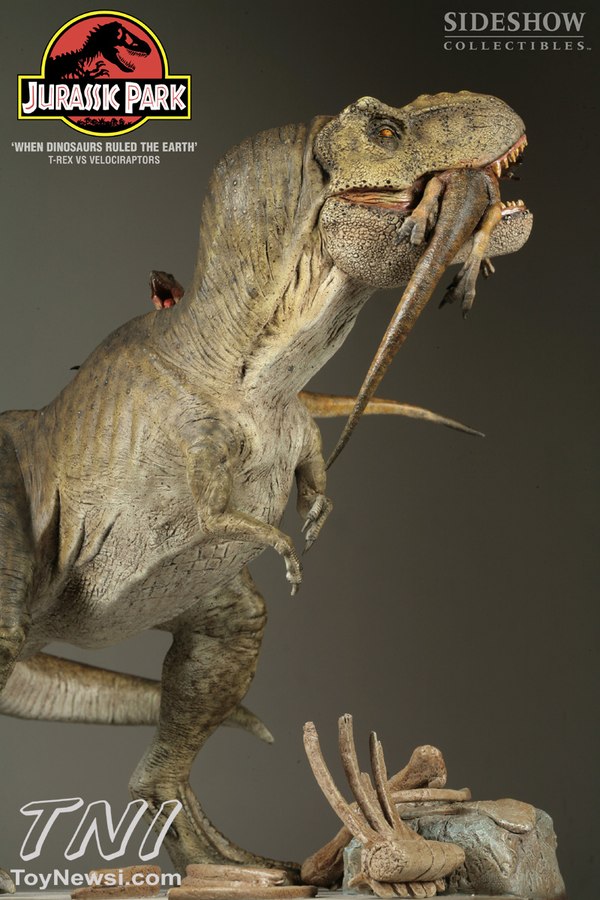 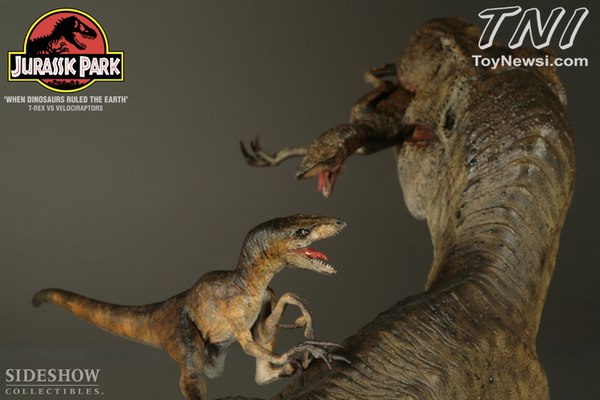 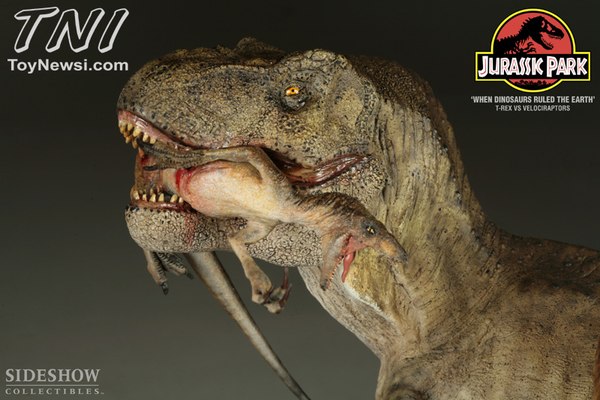 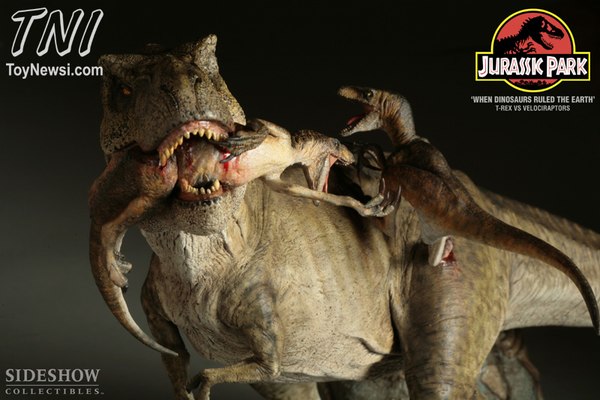 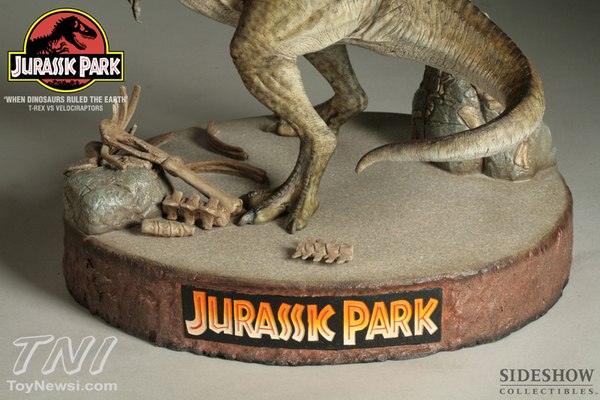