- Boys, Girls, Preschool and Tweens up globally compared to a year ago, with growth driven by strong performances from STAR WARS, PLAYSKOOL, NERF, LITTLEST PET SHOP and EASY BAKE, as well as both board and trading card games;

- Net revenues of $1.2 billion for the quarter, a decrease of $66.8 million or 5% compared to a year ago; revenues increased 1% excluding the negative $80.1 million impact of foreign exchange;

“In a challenging environment, we delivered both revenue and earnings per share growth in 2008, while also continuing to make investments in our future,” said Brian Goldner, President and Chief Executive Officer. “As we look to the year ahead, given the severity of the downturn in global economies, we are focused on keeping costs down, managing our operating cash flow and continuing to invest in our business for the long term. That said, we believe the underlying strength of our brands and commitment to our strategy should enable Hasbro to grow revenue and earnings per share in 2009, absent a material deterioration in economic conditions or the value of foreign currencies.”

U.S. and Canada segment net revenues were $2.4 billion, an increase of $113.0 million or 5% compared to $2.3 billion in 2007. The growth in revenue is attributable to STAR WARS, PLAYSKOOL, NERF, EASY BAKE, G.I. JOE and trading card and board games, including GUESS WHO, PICTUREKA and SCRABBLE. Additionally, TRANSFORMERS, MARVEL and LITTLEST PET SHOP continued to contribute significantly to the segment. The U.S. and Canada segment reported an operating profit of $283.2 million, compared to $287.8 million in 2007.

International segment net revenues were $1.5 billion, an increase of $54.5 million or 4% compared to $1.4 billion in 2007. The revenues include a negative foreign exchange impact of approximately $7.4 million. The results reflect growth in LITTLEST PET SHOP, STAR WARS, PLAYSKOOL, NERF, TWISTER and GUESS WHO. Additionally, TRANSFORMERS and MARVEL continued to contribute significantly to the segment. Inclusive of the investment spending in the emerging markets, the International segment reported an operating profit of $165.2 million compared to $189.8 million in 2007.

“After a very strong performance in the first nine months of the year, the fourth quarter clearly had significant headwinds – the negative impact of foreign exchange and the broad based global economic downturn,” said David Hargreaves, Chief Operating Officer and Chief Financial Officer. “To keep our core brands strong and to drive consumer traffic in the critical selling weeks prior to the holidays, we worked with our global retail partners and put additional promotional programs in place. This resulted in our finishing 2008 in a much better inventory position than we would have otherwise, although it did negatively impact operating profit in the fourth quarter.”

The Company will webcast its fourth quarter earnings conference call at 8:30 a.m. Eastern Standard Time today. To listen to the live webcast, go to https://www.hasbro.com, click on “Corporate” at the top of the page, select “Investor Relations,” then click on the webcast microphone. The replay will be available on Hasbro’s web site approximately 2 hours following completion of the call.

Hasbro, Inc. is a worldwide leader in children’s and family leisure time products and services with a rich portfolio of brands and entertainment properties that provides some of the highest quality and most recognizable play and recreational experiences in the world. As a brand-driven, consumer-focused global company, Hasbro brings to market a range of toys, games and licensed products, from traditional to high-tech and digital, under such powerful brand names as TRANSFORMERS, PLAYSKOOL, TONKA, MILTON BRADLEY, PARKER BROTHERS, TIGER, CRANIUM and WIZARDS OF THE COAST. Come see how we inspire play through our brands at www.hasbro.com. (C) 2009 Hasbro, Inc. All Rights Reserved.

Certain statements contained in this release contain "forward-looking statements" within the meaning of the Private Securities Litigation Reform Act of 1995. These statements include expectations concerning the Company’s future opportunities and the Company’s ability to achieve its financial goals and may be identified by the use of forward-looking words or phrases. The Company's actual actions or results may differ materially from those expected or anticipated in the forward-looking statements due to both known and unknown risks and uncertainties. Specific factors that might cause such a difference include, but are not limited to: (i) the Company's ability to design, manufacture, source and ship new and continuing products on a timely and cost-effective basis, as well as interest in and purchase of those products by retail customers and consumers in quantities and at prices that will be sufficient to profitably recover the Company’s development, manufacturing, marketing, royalty and other costs; (ii) recessions or other economic downturns which negatively impact the retail and credit markets, and the financial health of the Company’s retail customers and consumers, and which can result in lower employment levels, less consumer disposable income, lower consumer confidence and, as a consequence, lower consumer spending, including lower spending on purchases of the Company’s products, (iii) other economic and public health conditions in the markets in which the Company and its customers and suppliers operate which impact the Company's ability and cost to manufacture and deliver products, such as higher fuel and other commodity prices, higher labor costs, higher transportation costs, outbreaks of SARs, bird flu or other diseases which affect public health and the movement of people and goods, and other factors, including government regulations, which can create potential manufacturing and transportation delays or impact costs, (iv) currency fluctuations, including movements in foreign exchange rates, which can lower the Company’s net revenues and earnings, and significantly impact the Company’s costs; (v) the concentration of the Company's customers, potentially increasing the negative impact to the Company of difficulties experienced by any of the Company’s customers; (vi) the inventory policies of the Company’s retail customers, including the concentration of the Company's revenues in the second half and fourth quarter of the year, together with increased reliance by retailers on quick response inventory management techniques, which increases the risk of underproduction of popular items, overproduction of less popular items and failure to achieve tight and compressed shipping schedules; (vii) work stoppages, slowdowns or strikes, which may impact the Company's ability to manufacture or deliver product in a timely and cost-effective manner; (viii) the bankruptcy or other lack of success of one of the Company's significant retailers which could negatively impact the Company's revenues or bad debt exposure; (ix) the impact of competition on revenues, margins and other aspects of the Company's business, including the ability to secure, maintain and renew popular licenses and the ability to attract and retain talented employees in a competitive environment; (x) concentration of manufacturing for many of the Company’s products in the People’s Republic of China and the associated impact to the Company of public health conditions and other factors affecting social and economic activity in China, affecting the movement of products into and out of China, and impacting the cost of producing products in China and exporting them to other countries; (xi) the risk of product recalls or product liability suits and costs associated with product safety regulations; (xii) other market conditions, third party actions or approvals and the impact of competition which could reduce demand for the Company’s products or delay or increase the cost of implementation of the Company's programs or alter the Company's actions and reduce actual results; (xiii) the risk that anticipated benefits of acquisitions may not occur or be delayed or reduced in their realization; and (xiv) other risks and uncertainties as may be detailed from time to time in the Company's public announcements and SEC filings. The Company undertakes no obligation to make any revisions to the forward-looking statements contained in this release or to update them to reflect events or circumstances occurring after the date of this release.

This presentation includes a non-GAAP financial measure as defined under rules of the Securities and Exchange Commission (“SEC”), specifically EBITDA. As required by SEC rules, we have provided reconciliation on the attached schedule of this measure to the most directly comparable GAAP measure. EBITDA (earnings before interest, taxes, depreciation and amortization) represents net earnings excluding interest expense, income taxes, depreciation and amortization. Management believes that EBITDA is one of the appropriate measures for evaluating the operating performance of the Company because it reflects the resources available for strategic opportunities including, among others, to invest in the business, strengthen the balance sheet, and make strategic acquisitions. However, this measure should be considered in addition to, not as a substitute for, or superior to, net earnings or other measures of financial performance prepared in accordance with GAAP as more fully discussed in the Company's financial statements and filings with the SEC. As used herein, "GAAP" refers to accounting principles generally accepted in the United States of America. This presentation also includes the Company’s Consolidated and International segment net revenues excluding the impact of changes in exchange rates. Management believes that the presentation of Consolidated and International segment net revenues minus the impact of exchange rate changes provides information that is helpful to an investor’s understanding of the underlying business performance absent exchange rate fluctuations which are beyond the Company’s control. 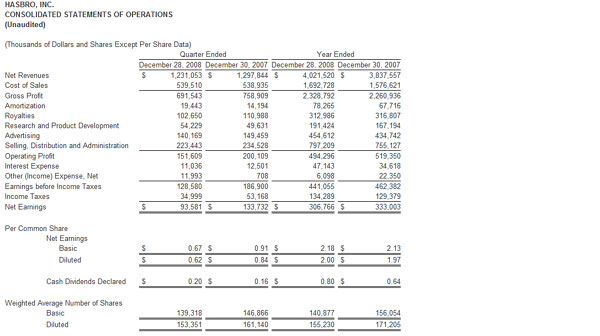 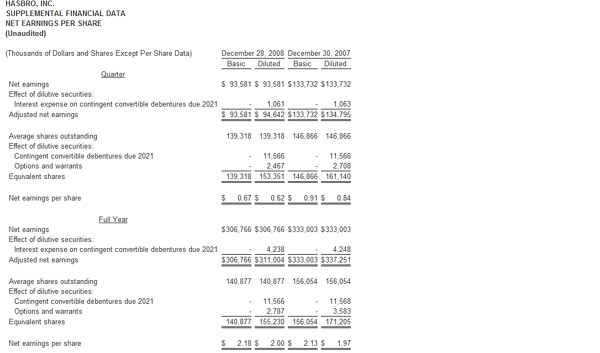 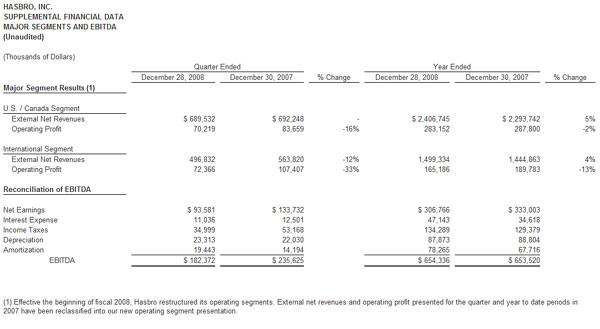 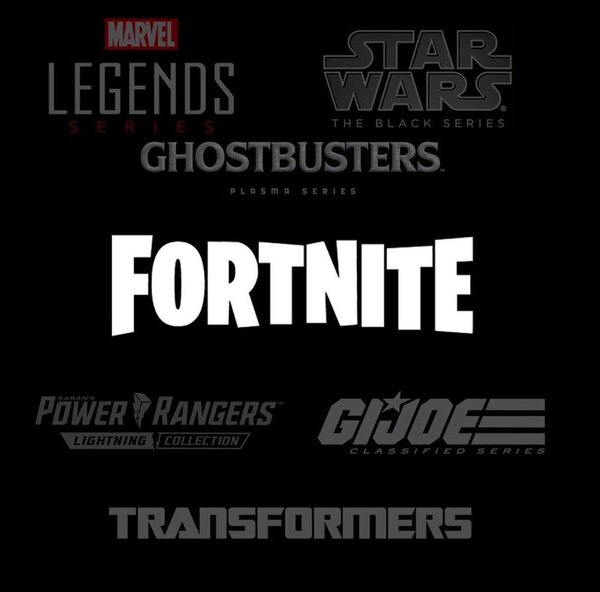 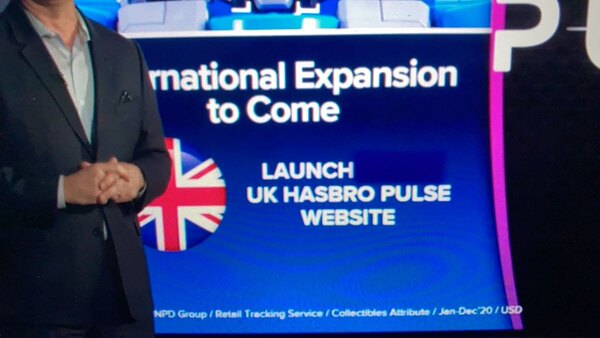 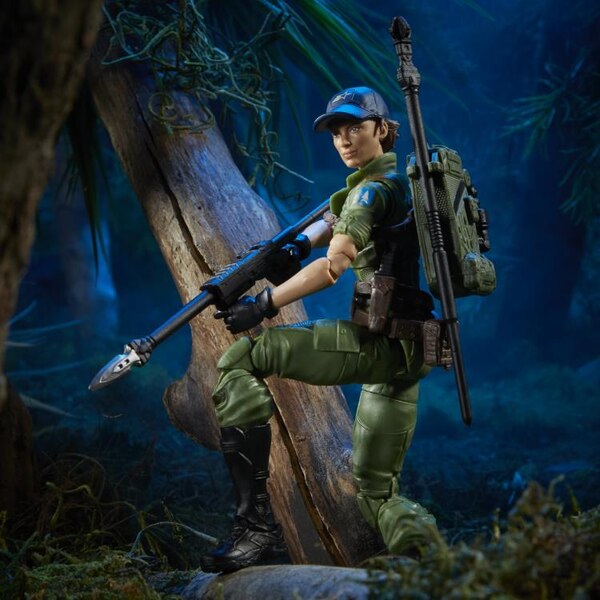 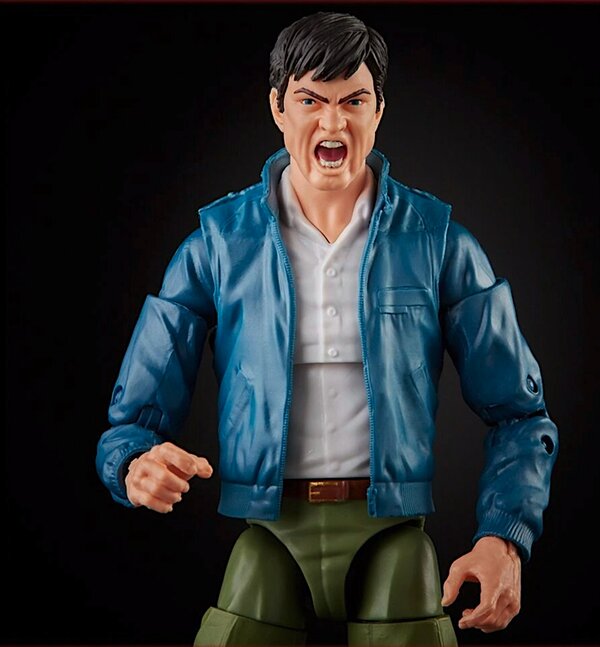 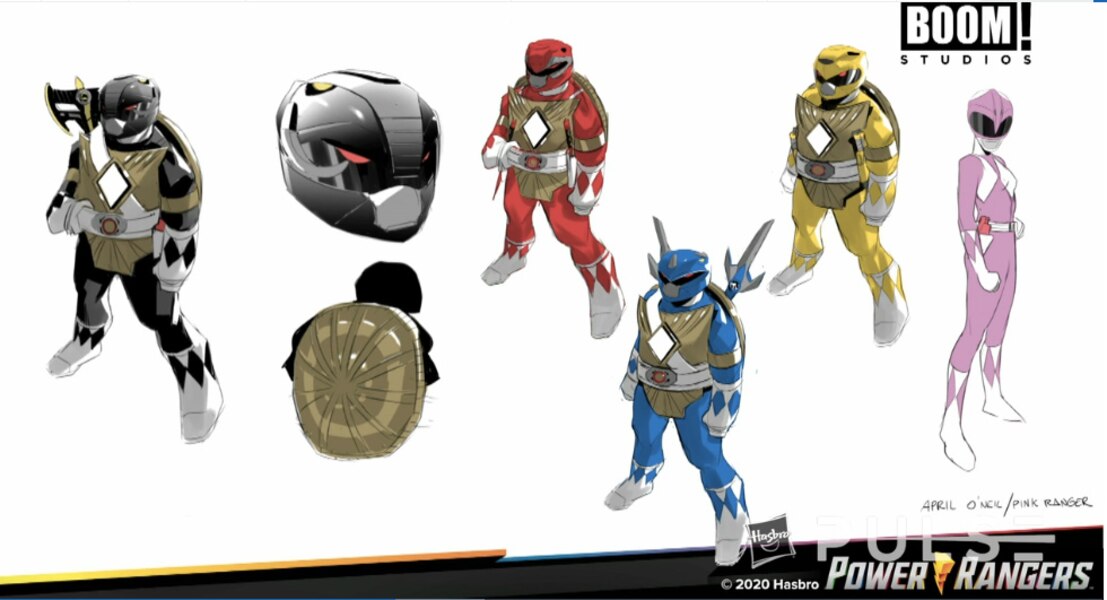