Hasbro
by Jay Cochran
November 19, 2021
Hasbro G.I. Joe brand team member Emily Bader has posted up a new image for the G.I. Joe Haslab Skystriker showing a comparison of the grey model of the new vehicle with that of previously released Skystrikers. It's not the best size comparison image i've seen and it should be noted the wings are expanded on the new one and not on the other two. Still it does look like it has a little bit of size over the others.

As I type this the Skystriker Haslab campaign has 5,566 of the minimum 10k needed for this to move into production with just over 18 days to go. It's picked up 69 new backers since I made a report on this project yesterday.

Assuming the Skystriker gets funded, you can also enter for a chance to win one for FREE in a contest we are running here on TNI. Click here for more details on that. 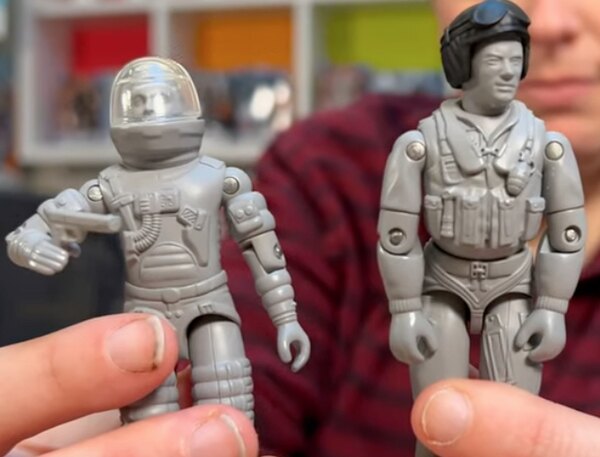 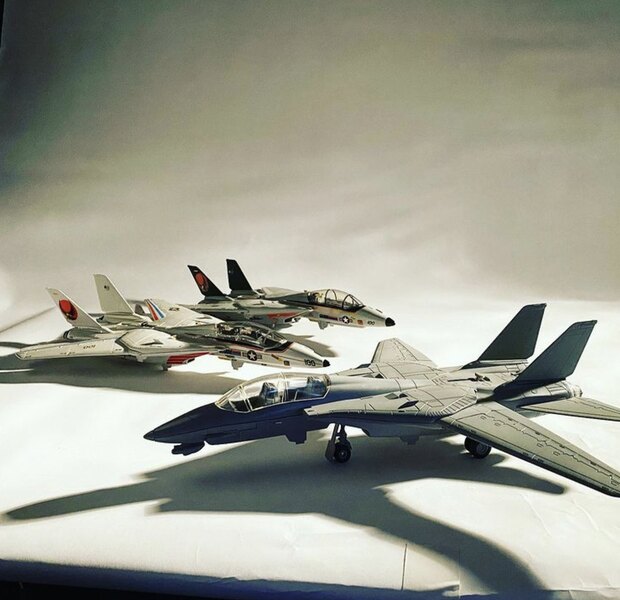 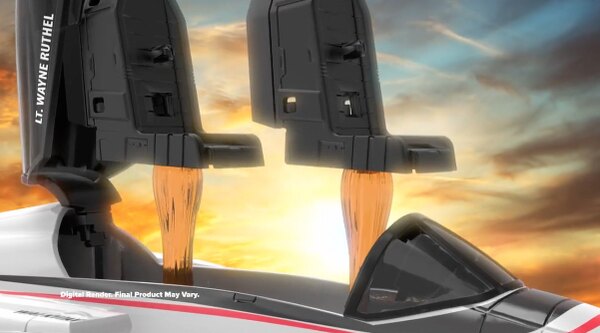 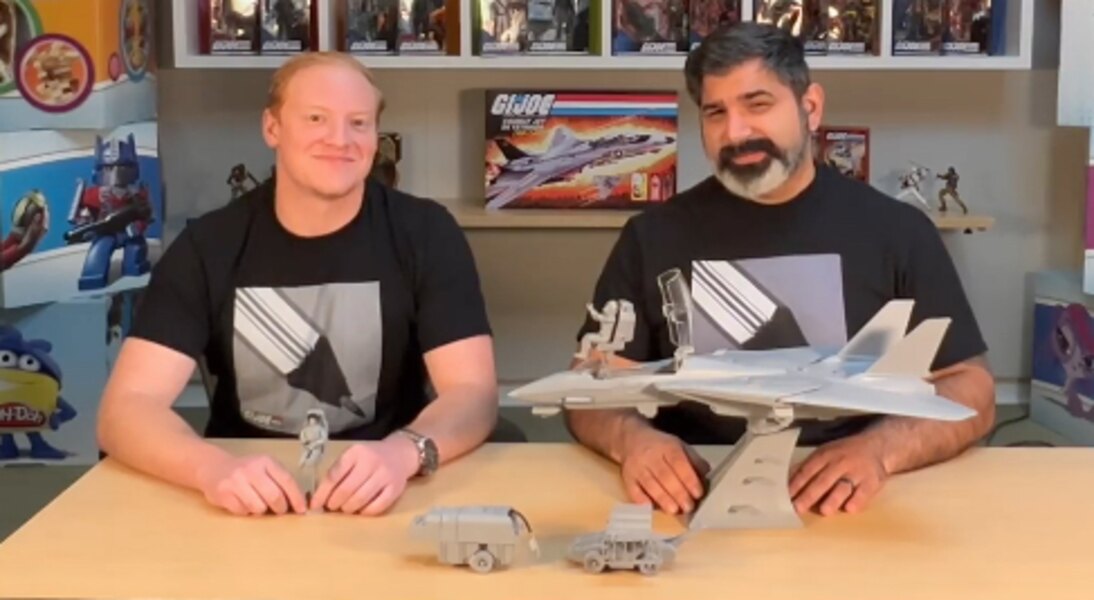 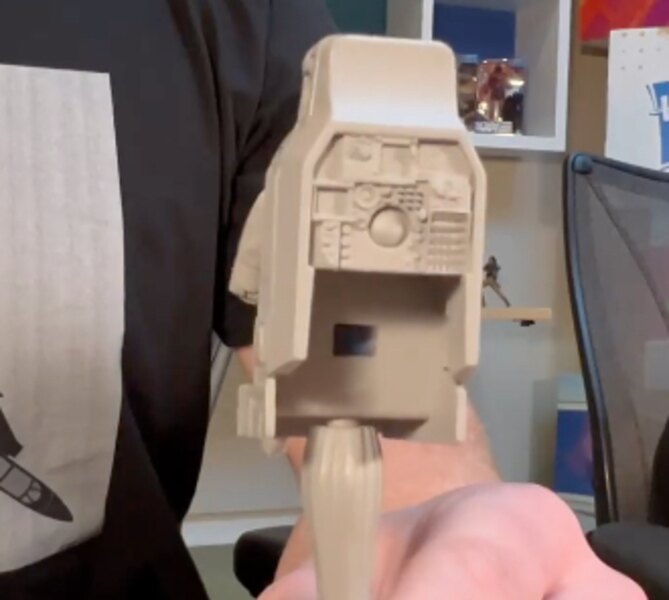 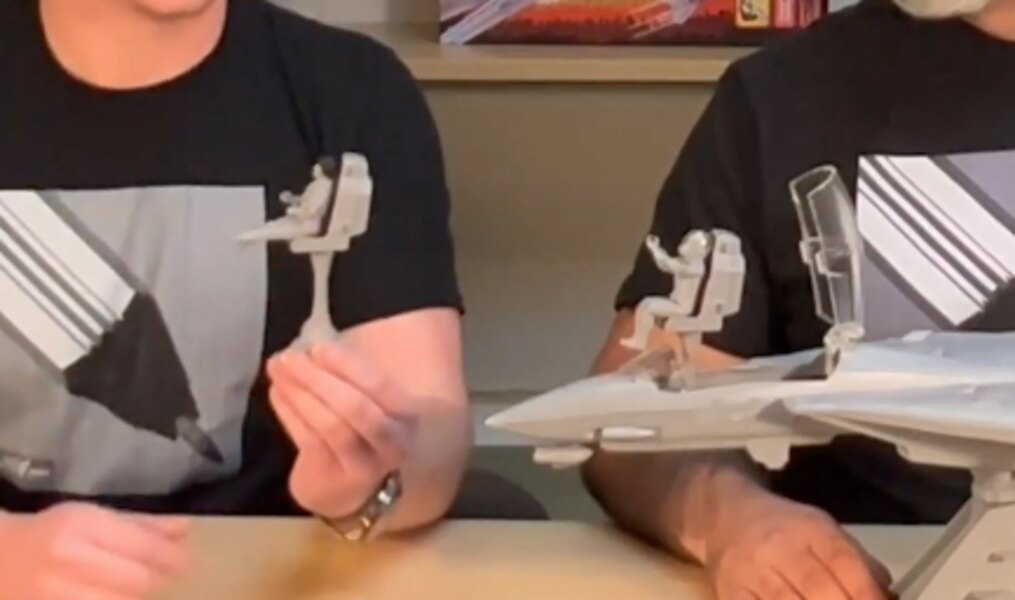 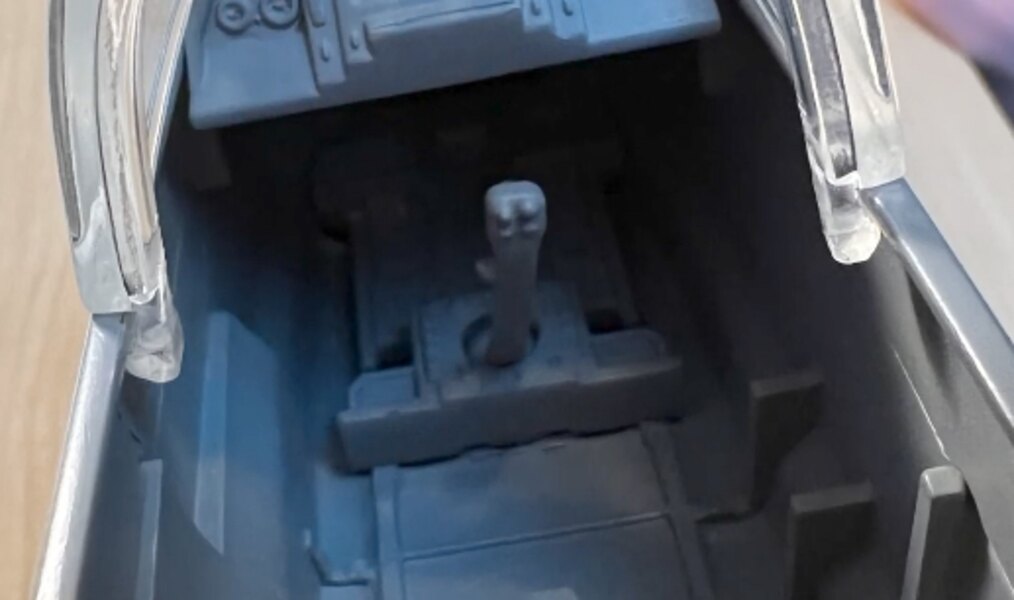 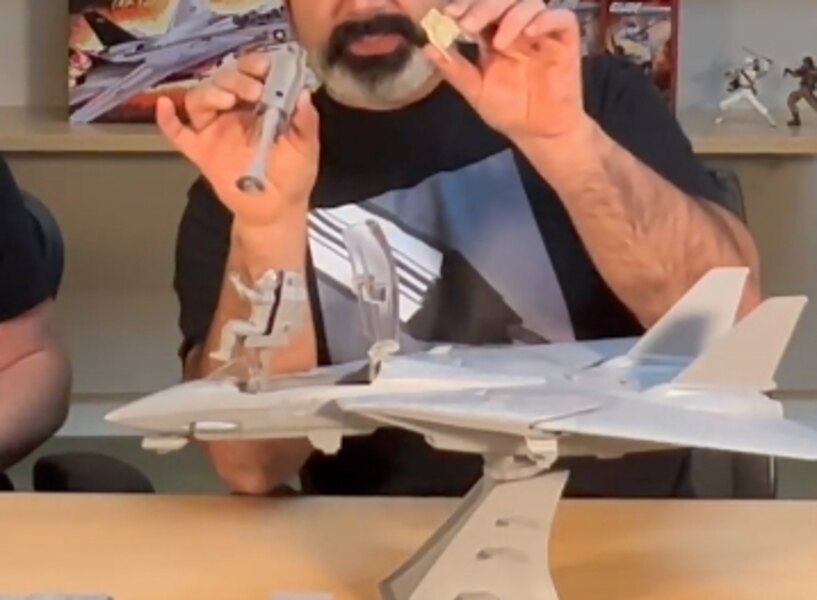 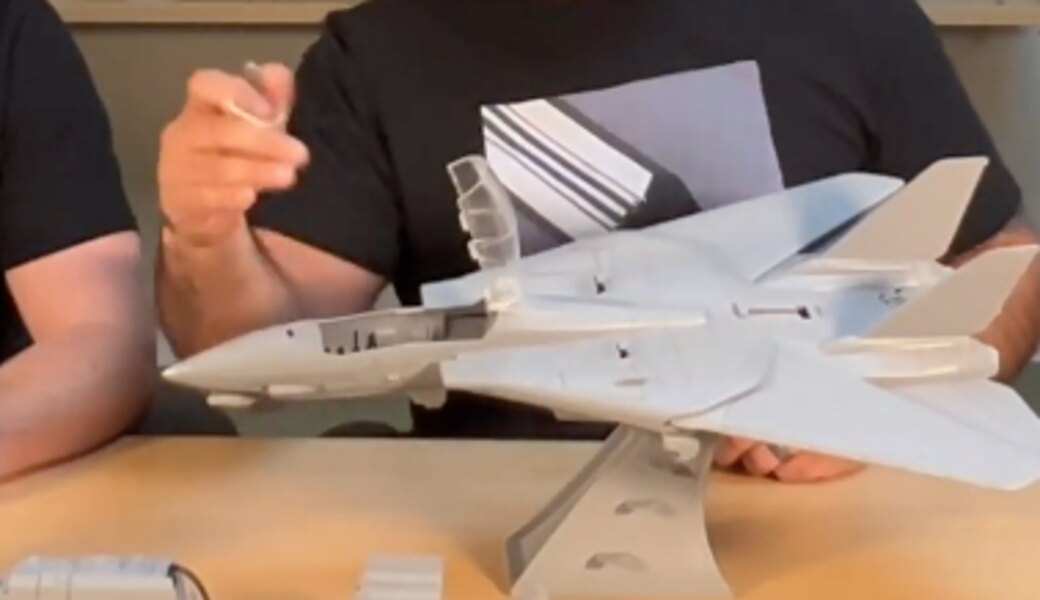 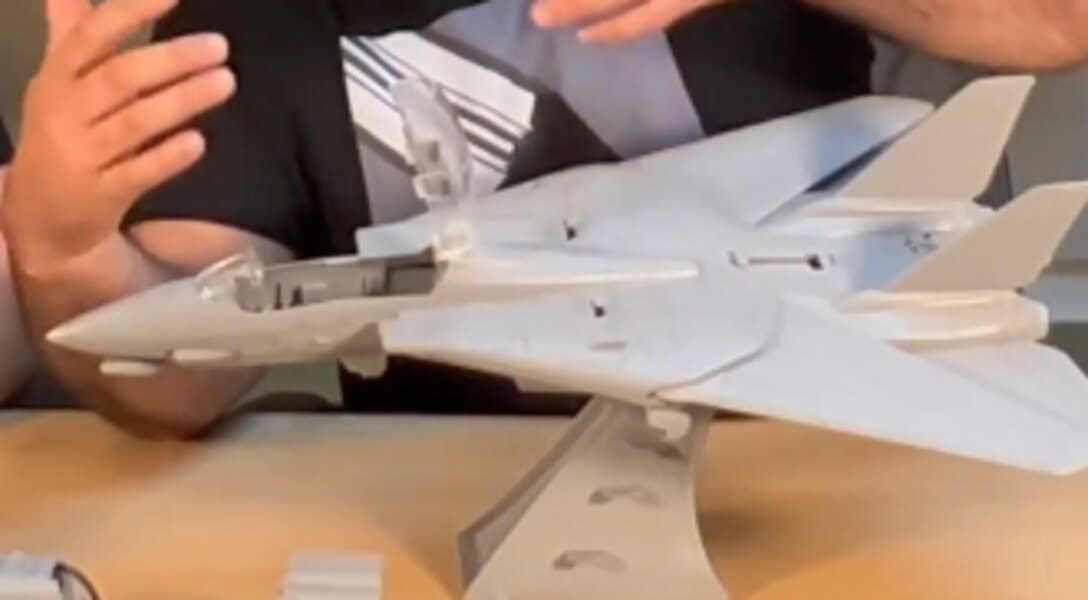 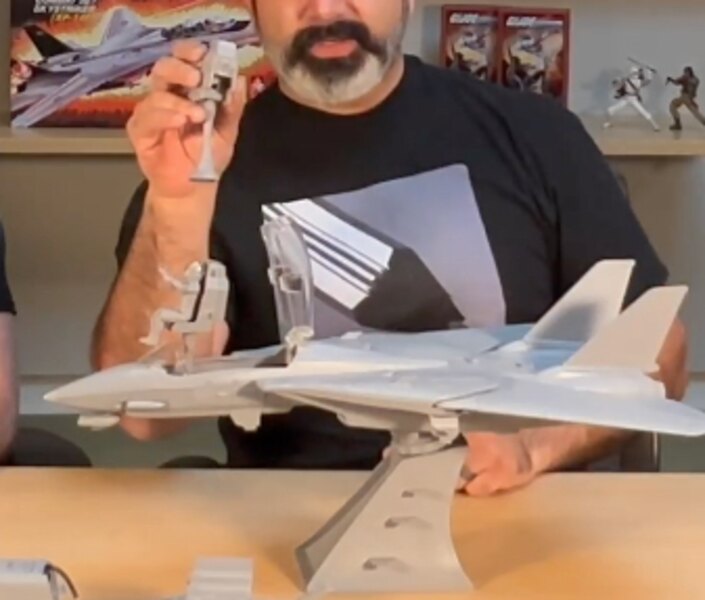 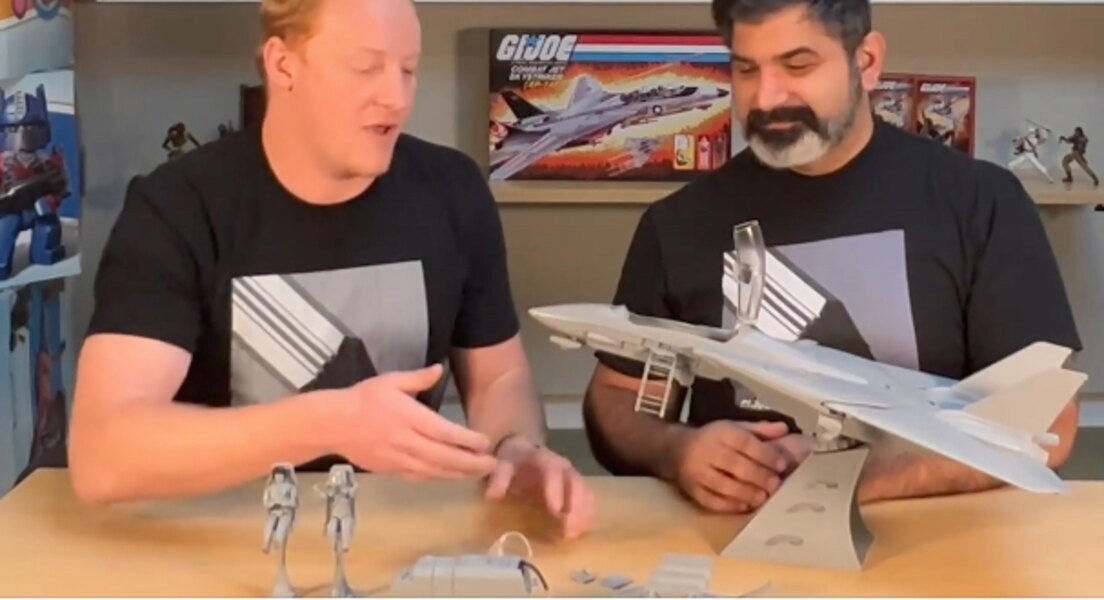 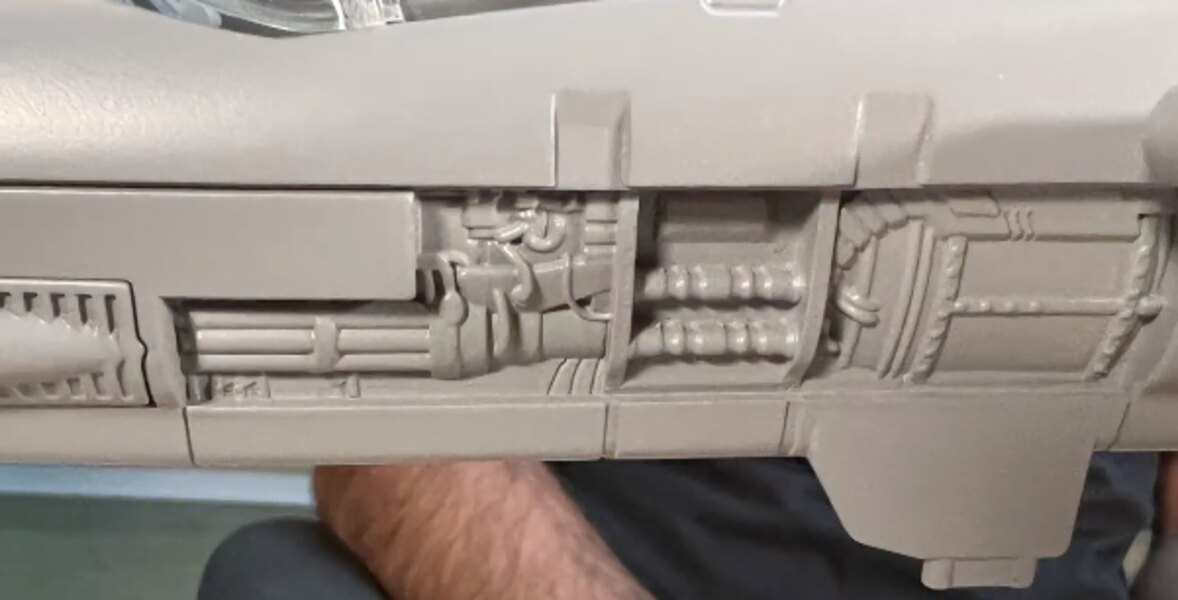 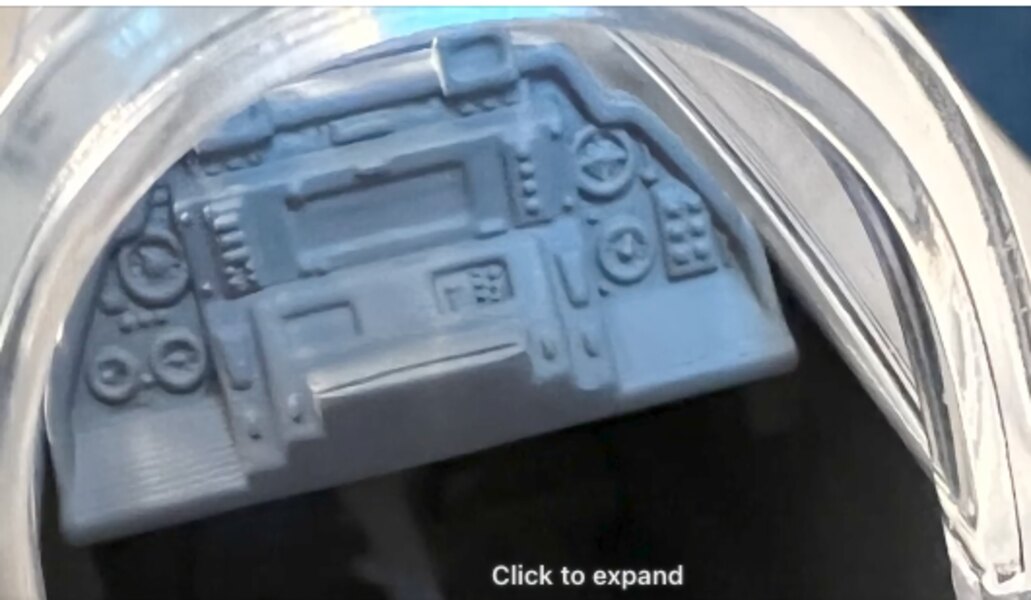 I am a huge fan of Star Wars, Transformers, and G.I. Joe. All properties of Hasbro. I backed the Barge, RazorCrest, and Victory Saber but I do believe Hasbro is not spacing these projects enough. Especially when u take the RazorCrest project and updates have been few and far between.

I definitely think the Skystriker is getting funded. Will it hit the extra tiers? I hope so... I don't think Hasbro can afford for it not to hit those tiers (even if they make up the needed backers). If these Haslab projects stop hitting their maximum stretch goals people are really going to think twice about supporting them.

I'd really love the skystriker, its a bit expensive.. but its very possible that this Lt. Ruthel figure will become the RAREST Gi Joe. So who knows?!

I really hope the Skystriker gets funded with all tiers unlocked. I still want this if none of the tiers are unlocked. Just wish I could order more than 1 but bills.

May it fare better than the Rancor.

Hasbro today released a third "Situation Report" video for their G.I. Joe 3 3/4" Haslab Skystiker. In today's video they give us a better look at the two pilots included with the jet with Ace and co-pilot Wayne Ruthel which is the first time we are getting him in the line. Ruthel was shown in the original boxart for the Skystriker but never included.

As of today the campaign which costs 229.99 has 5,632 of the minimum 10k needed in order for this vehicle to move into production. The campaign has just over 14 days to go before it ends. Check out some images from the video below. Assuming the Skystriker gets funded, you can also enter for a chance to win one for FREE in a contest we are running here on TNI. Click here for more details on that.

I backed the Skystriker the moment after it was announced. I really hope this new o-ring initiative takes off. Hasbro didn't do themselves or anyone else any favors by launching three HasLabs concurrently. I believe if they would have done one at a time, the HasLab they began with would already be funded and unlocking tiers. If you're an 80's kid the chances are pretty good that you love Star Wars, Ghostbusters, and G.I. Joe. Why Hasbro thought this was great idea is beyond me. At this point they're only getting my money for a Skystriker and that's only if it funds.

I think this is an excellent choice for a haslab and I hope it gets funded.

Emily's photo was taken behind the scenes at a shoot they did today, and they plan to post the official shots after Thanksgiving, so genuine side-by-sides may be coming in a week.

they are really pushing it because time is running out

If they did it like that Skull Ship Kickstarter with a changeable seat to fit a 6" figure I might be tempted to get this.

Emily's photo was taken behind the scenes at a shoot they did today, and they plan to post the official shots after Thanksgiving, so genuine side-by-sides may be coming in a week. 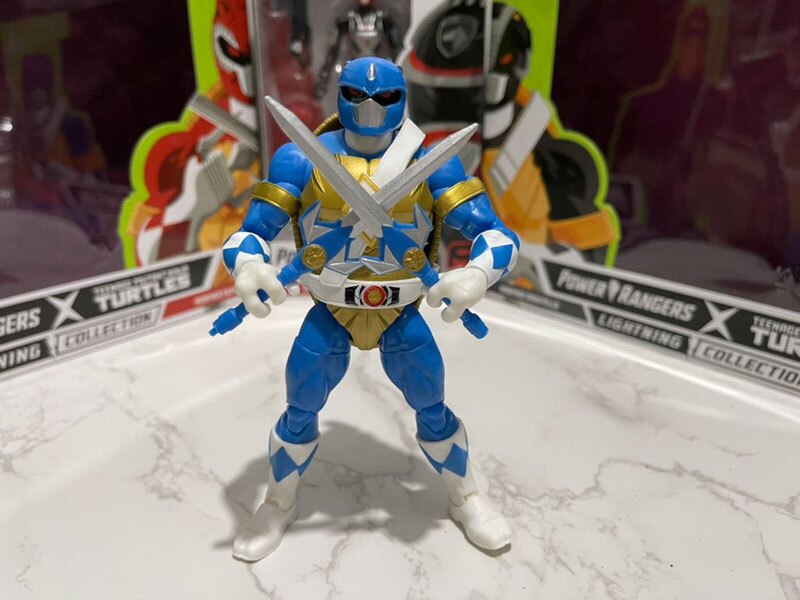 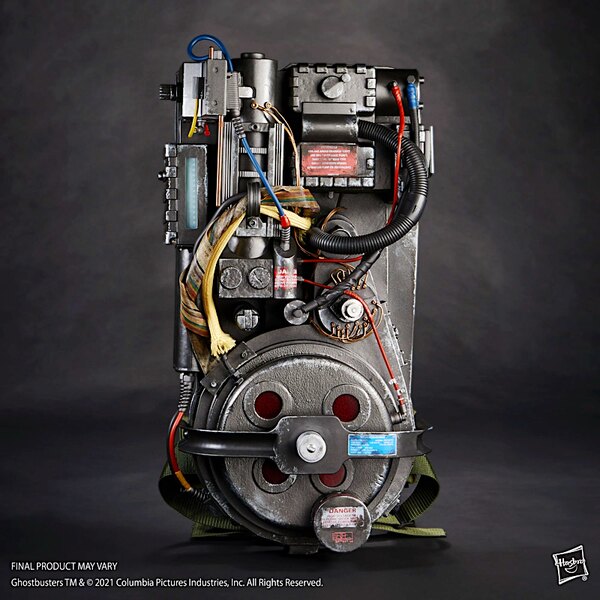