Travel through Time and Space with Doctor Who... and Bif Bang Pow!

Bif Bang Pow!
by Jay Cochran
January 18, 2011
Bif Bang Pow! and BBC Worldwide today announce a new partnership that will bring to market a brand-new line of toys and collectibles based on the incredibly popular television series Doctor Who. The license covers all eras of the show from 1963 through to the present day. Currently aired on BBC America, Doctor Who's latest season delivered BBC America record ratings and reached the top spot on the iTunes TV chart.

One of the most highly sought after licenses from the BBC Worldwide portfolio, the Doctor Who collection from Bif Bang Pow! will feature an array of articulated retro action figures and playsets, along with bobble heads, each embodying that distinctive look and feel of the longest-running sci-fi TV series in the world. The first arrivals are planned for summer 2011, and various fan-demanded Doctor Who themed collectibles such as license plate frames, journals, tin boxes, coasters, magnets, and glassware will materialize as well.

Reminiscent of the best-selling "Mego" style action figures of the 1970s and 1980s, Bif Bang Pow!'s amazing line of Doctor Who action figures will continue a successful partnership with EMCE Toys, the team responsible for bringing that classic style back since 2006. These figures will stand 8-inches tall and include episode-specific fabric clothing, in addition to multiple points of articulation.

For the first time ever, bobble heads of the most popular and recognizable Doctor Who characters are also on their way.

"Bif Bang Pow! is thrilled to bring these brand-new Doctor Who action figures, bobble heads, and collectibles to market," said Jason Lenzi, CEO of Bif Bang Pow! "The Denys Fisher range of 9-inch action figures from the 1970s was never released in the United States, and has become one of the most highly sought after toy lines of the past 40 years. Doctor Who bobble heads have never been made for any market, so we have the opportunity to offer these highly desired products to a whole new fan-base that never had the chance to purchase them before. Personally, I've been waiting for this since 1978, so as The Doctor would say, it's about time!" 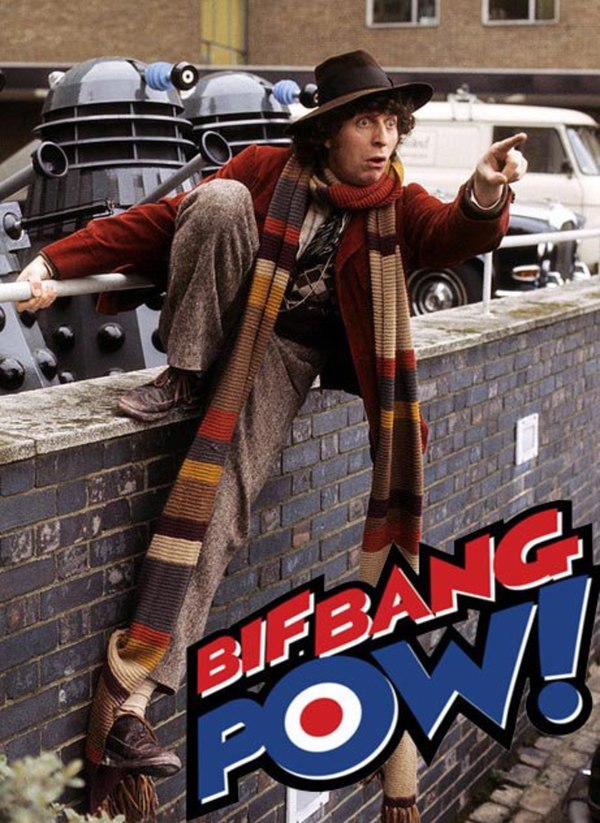