SDCC
by Jay Cochran
July 24, 2009
Check out images of the new MOTU figures Mattel put out in their booth that were announced at the Mattel panel here at San Diego Comic Con earlier today. Check them out in our IMAGE GALLERY below.
Image 1 of 18 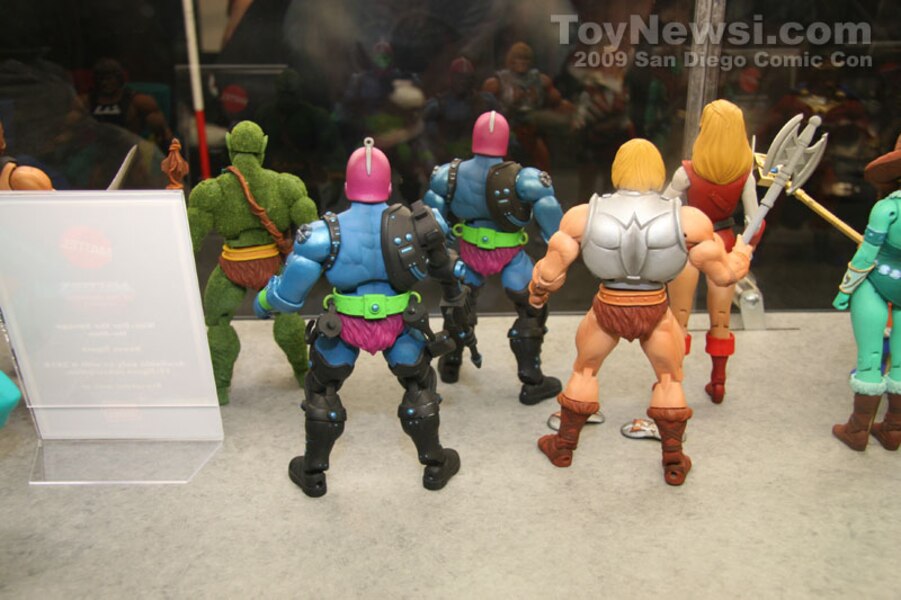 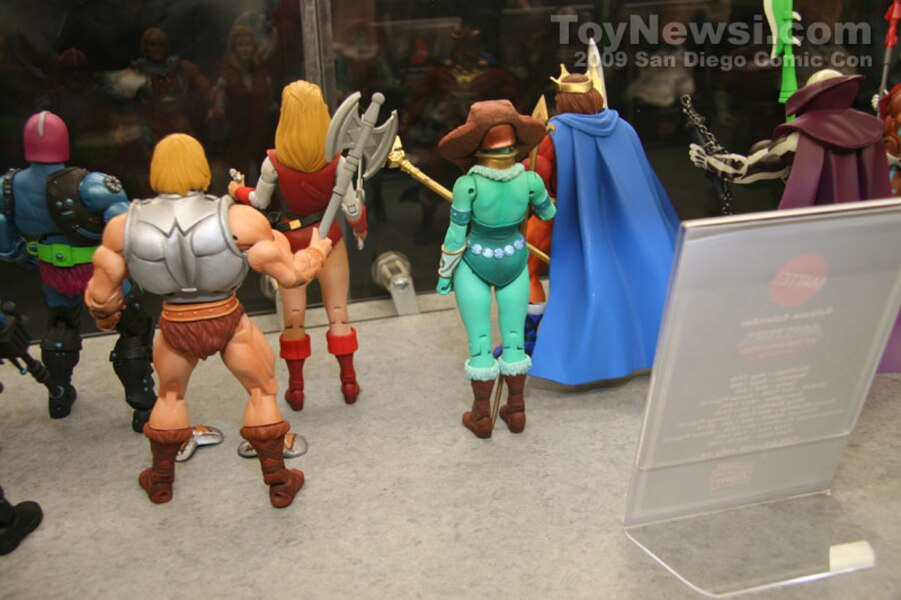 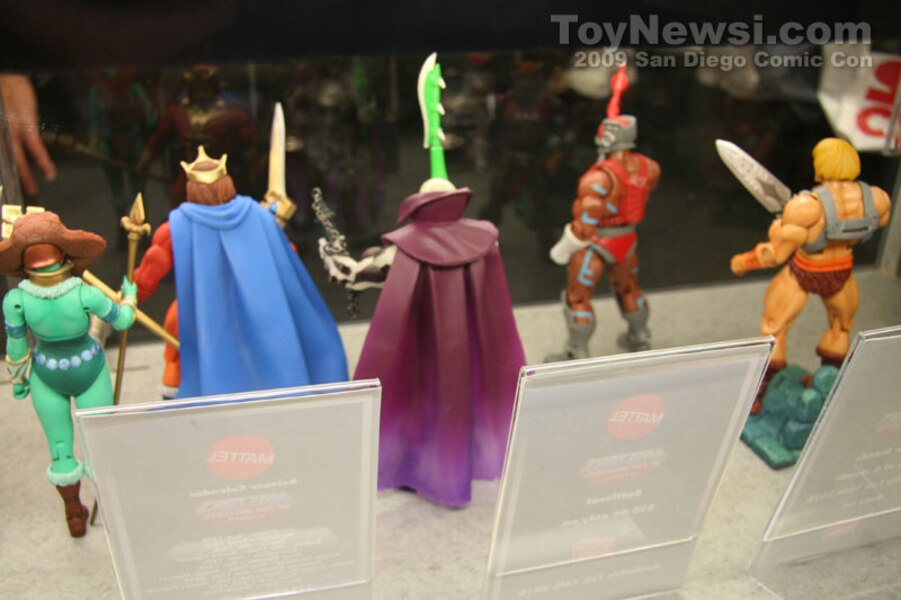 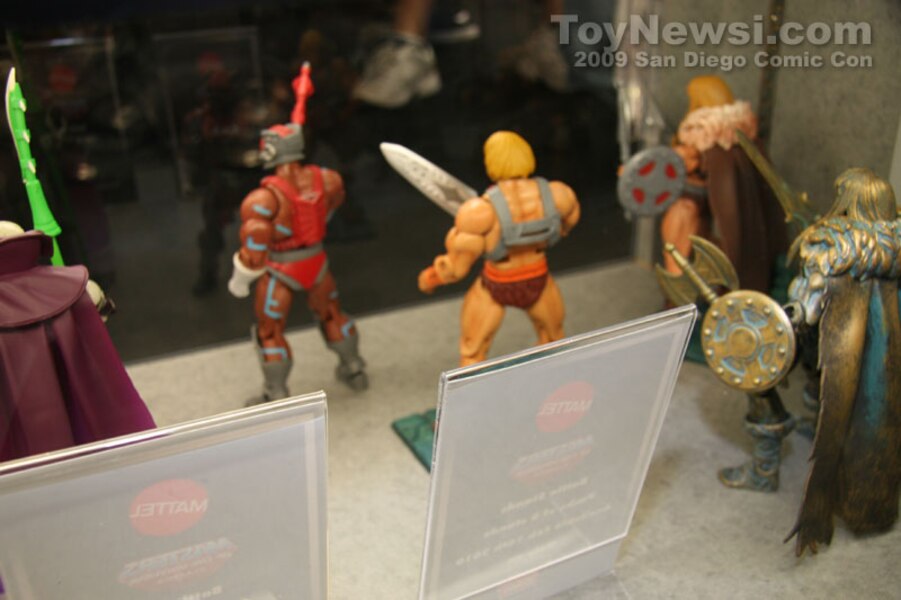 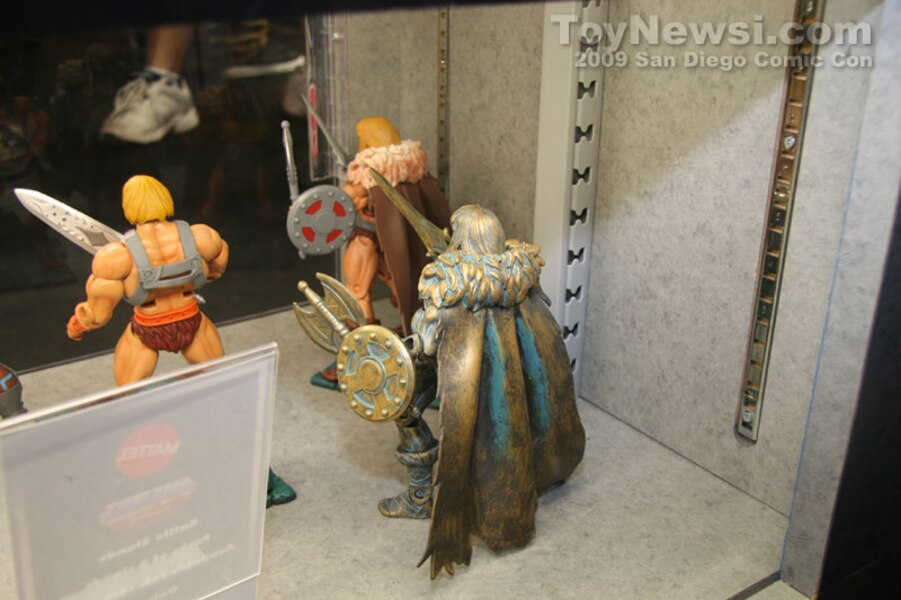 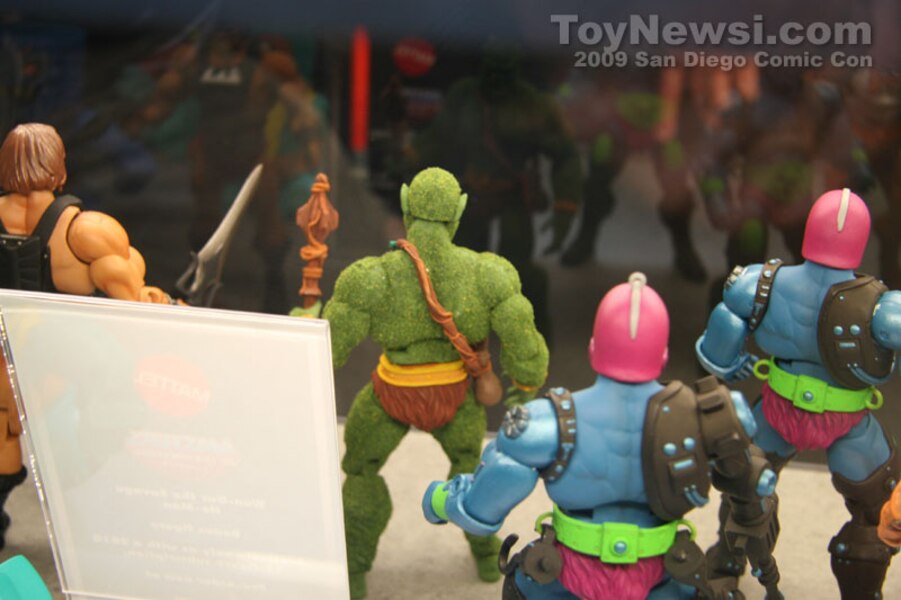 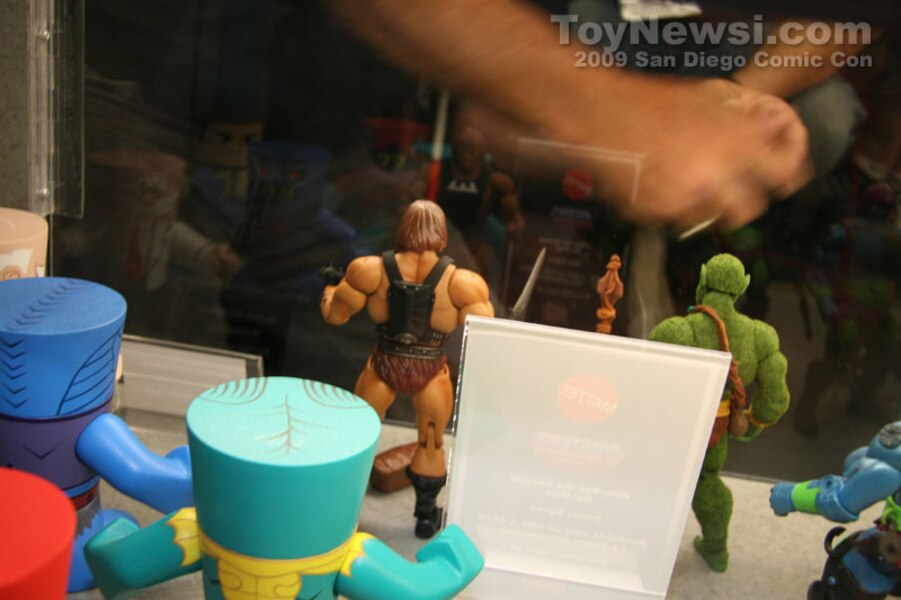 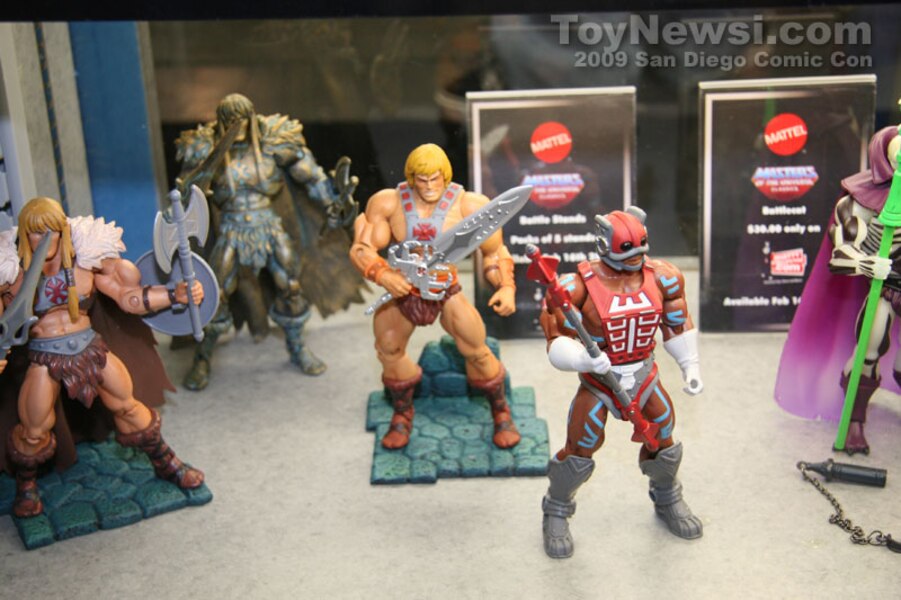 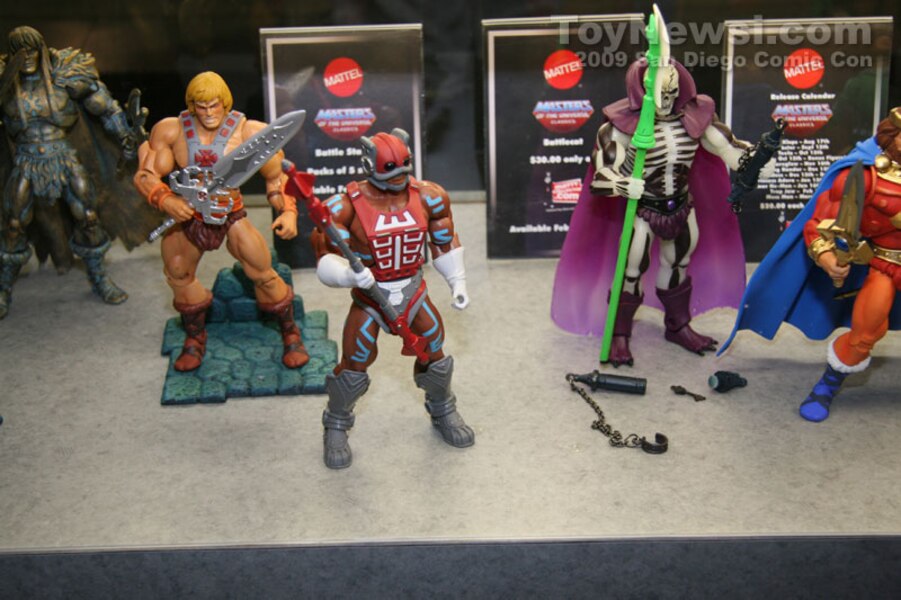 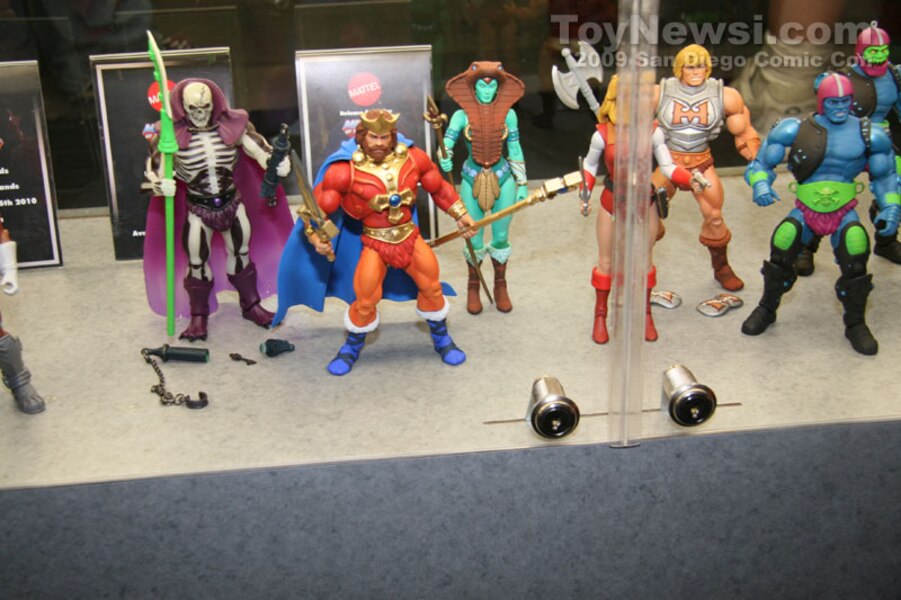 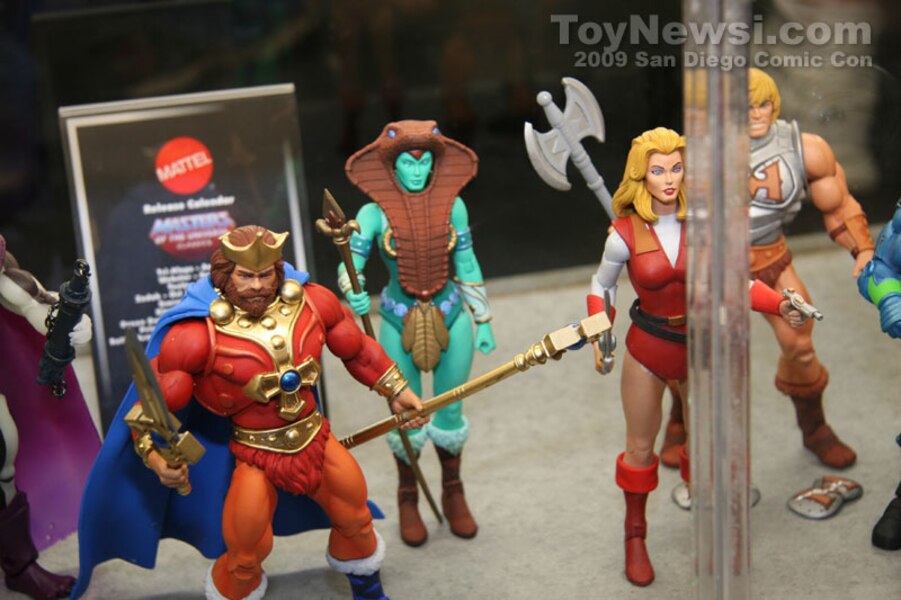 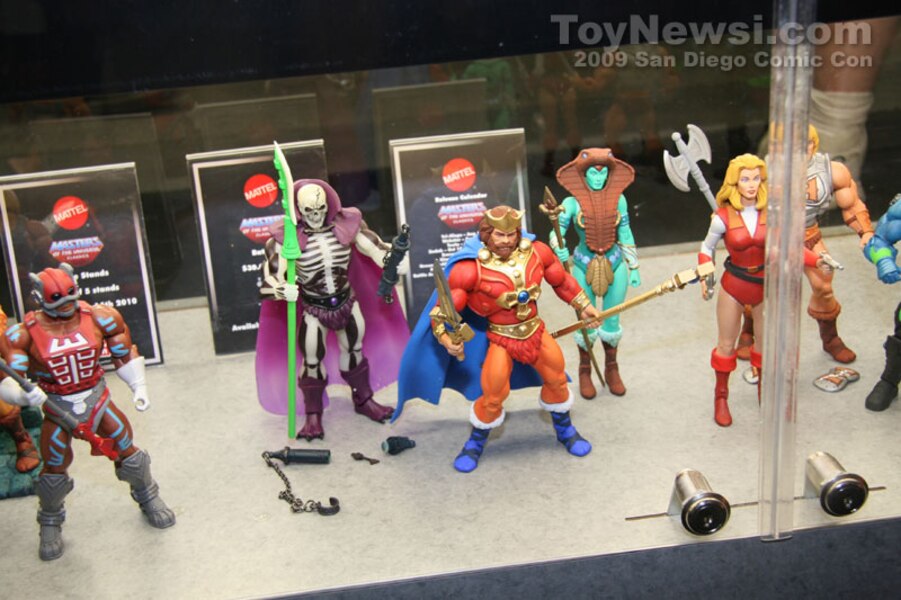 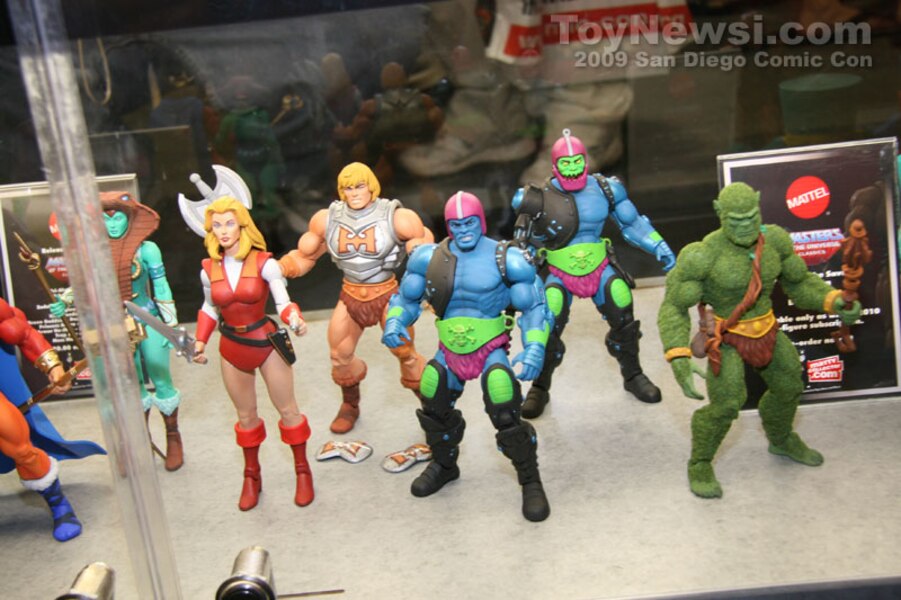 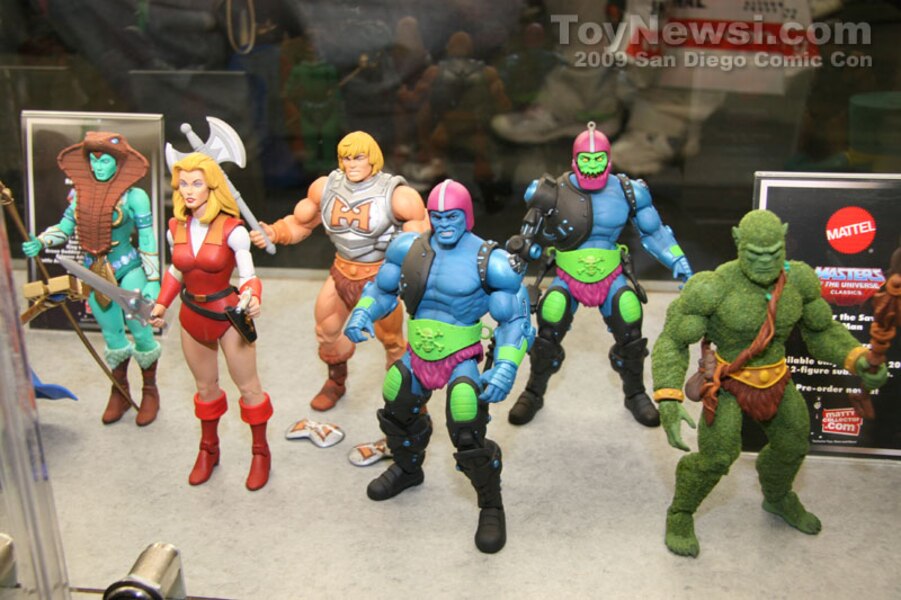 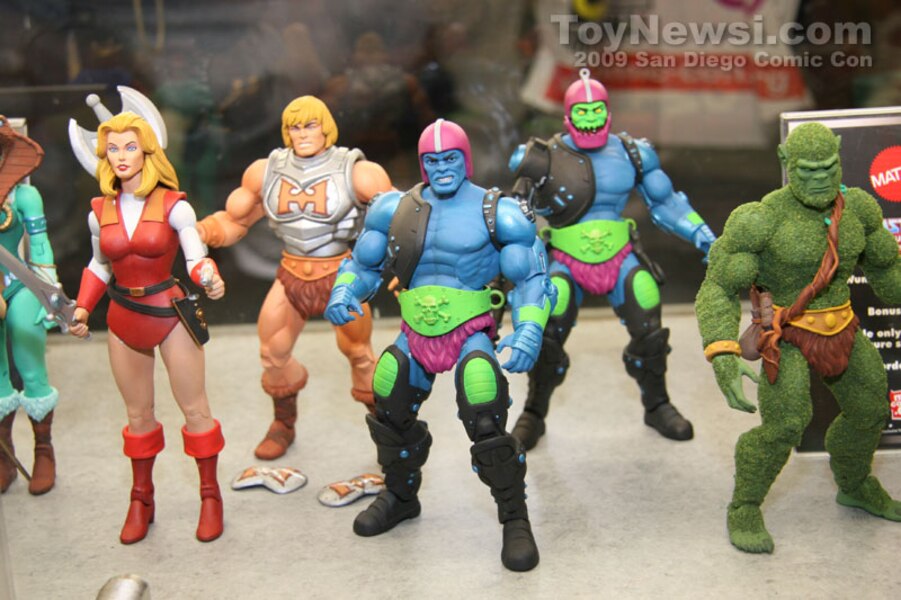 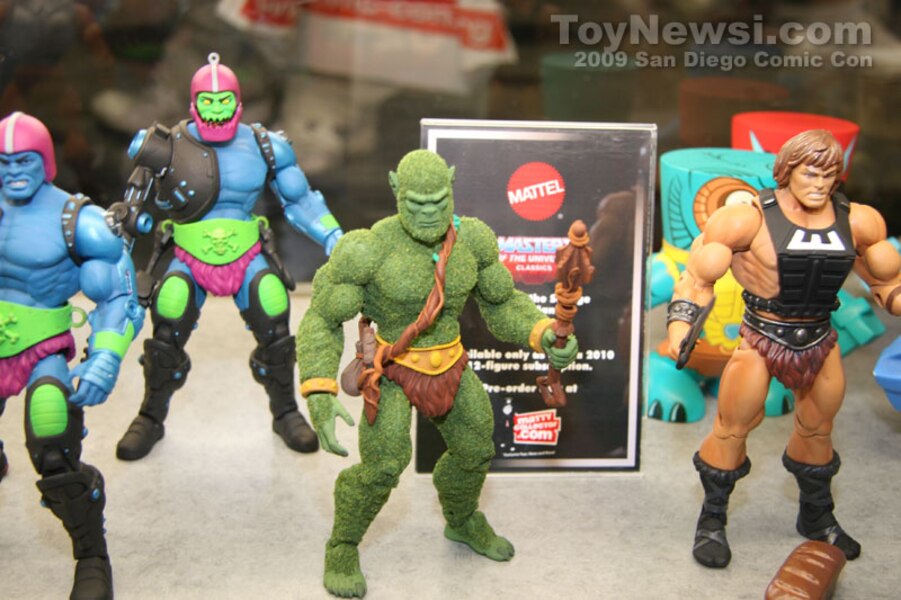 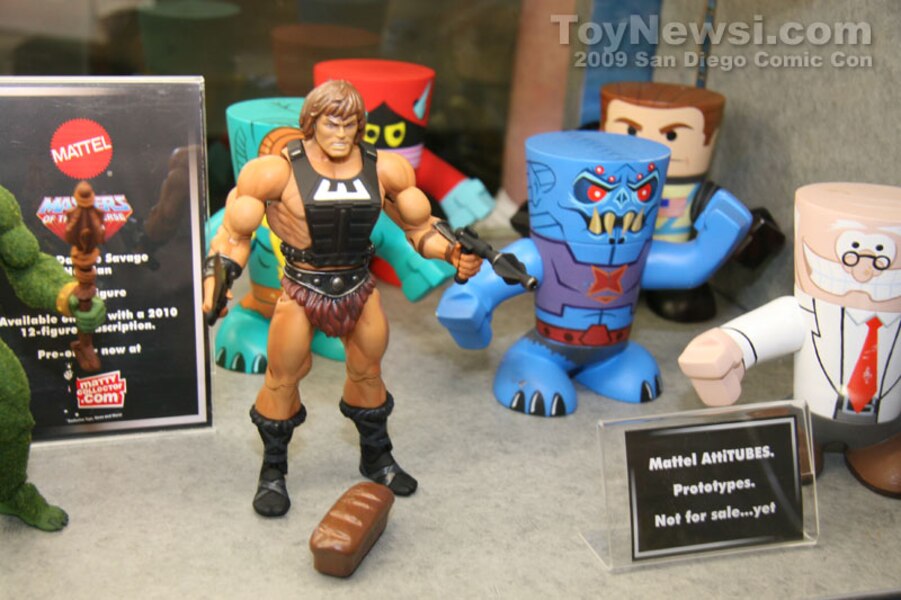 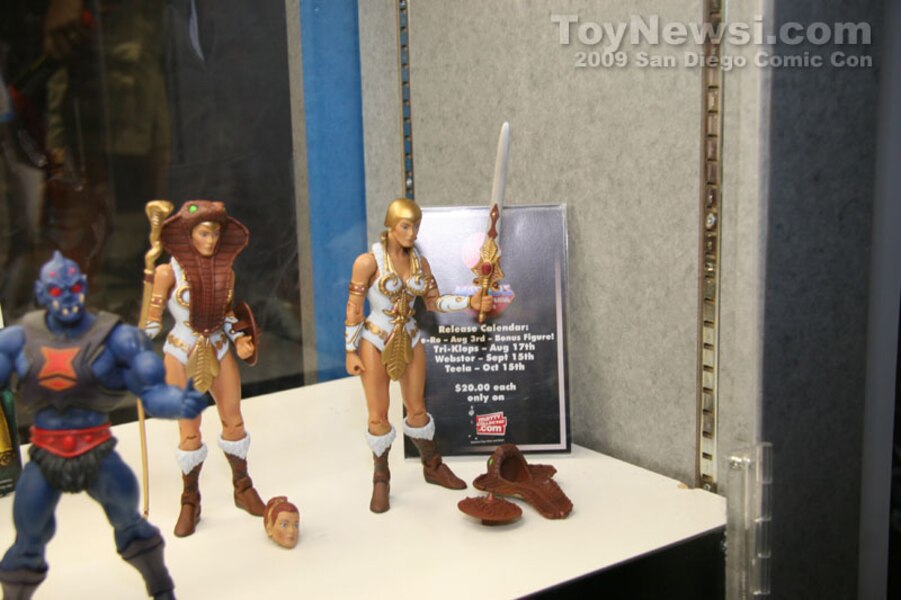 I think Toyguru has said before that they might release Grayskull again but on a regular card. Who knows how sincere he was being, though.

No it means matty is giving you the middle finger constantly reminding you of what you have missed and don't have! Honestly I don't know why they don't remove those as soon as sales are done

synch you were there??? That's cool!! Sucks though you and JJ had run ins with those creeps!!! I would get the money and scream help he's trying to take my toys away!!! HA HA HA.

So any word on whether or not Scott addressed the scalper situation or if anyone called him out at a panel??

No I was there last year though for my first sdcc I aim to go again next year though I have a feeling that the scalpers hanging around asking other people to buy there **** to pawn happens all the time though. Has anyone from matty said anything yet about the entire limit mix up thing?

Does King Greyskull being there mean he might be coming out again?

i am realy happy to get scareglow finaly. as a kid, scareglow was the last he-man figure i had from the 80s line. mom gave everything away. i can even remember that his shoulder broke in two and i glued him every time he broke. nice memories.

yeah scalpers annoy me too see Im just trying to get my stuff by normal means tg=hen some dude buys 18 of everything and charges twice ammounts. I mean 2 is ok because hey u might wanna customs. But 7 come on!

synch you were there??? That's cool!! Sucks though you and JJ had run ins with those creeps!!! I would get the money and scream help he's trying to take my toys away!!! HA HA HA.

So any word on whether or not Scott addressed the scalper situation or if anyone called him out at a panel??

wait what if they are selling out so fast just to re-release the he mans for the movie line? But hey they cant be that lazy. Scareglow rules

I'm pretty sure the movie is a long way off. They barely mentioned it at comicon. I expect something like a 2012 release. 2011 at the earliest. 2011 would work well for them seeing as how that's the 30th anniversary of He-Man.

wait what if they are selling out so fast just to re-release the he mans for the movie line? But hey they cant be that lazy. Scareglow rules

I think when they release another Skeletor it'll have Keldor head. I didn't even think of Zoar coming with Teela.

Can anyone make out the prices on the battle stands?

I wonder if SyClone is a possibility for 2010?

OK caps off. Is everyone happy with whats coming out? I already listed the ones I want to see in my original post. Which ones do you want to see? Someone already said that their glad to see the never made figures. I would like to see more of the traditional figures.

Well, if they could only make one figure beyond what's been shown, I would want Evil-Lynn in her 200X color scheme. Beyond that, my most wanted are Kobra Khan, Leech, Grizzlor, and Man-E-Faces.

I felt the same way at first, but I'm still really excited about him. Battle Armor He-Man just edges him out for me because He-Man is my favorite character. But Randor looks outstanding. I like that they were faithful to the original but added some 200X flair to him. And the coloring is great. I'm not even a big fan of Randor or anything like that. They just did a great job with him.

Yeah, when I read that Randor was the figure for December, I wasn't really excited...then I saw the pics. Now I want a Keldor to fight him.