Round 2
by Jay Cochran
August 24, 2015
An all-new, plastic model kit of the Eagle Transporter from Space: 1999 is coming in 2015 to the delight of sci-fi modelers everywhere. Model kit manufacturer Round 2, LLC., an ITV Studios Global Entertainment licensee, recently announced plans for the kit at the annual WonderFest sci-fi modeling convention held May 30-31, 2015 in Louisville, KY. The officially licensed kit will be the first all-new science fiction based model kit produced under the MPC brand in 25 years. It will feature spring-action landing gear and pilot figures with exterior markings included as water-slide decals. It will contain nearly 300 parts in white, gray and clear plastic.

Consumer reaction to the detailed prototype shown at WonderFest in May was outstanding. Eagle model collector, Todd Morton, had this to say, "With the real possibility of Round 2 Models 1/48 scale kit, I’m 10 years old again. When I got to WonderFest and saw that Eagle on the table, I knew it was going to be a great adventure for a lot of people to build and add their own character into it! I’m looking forward to its arrival!" The WonderFest convention concentrates on all aspects of sci-fi and horror sculpting and model building where large-scale sci-fi models are always well received. Larger models allow a greater level of detail to be attained while still maintaining a reasonable shelf-footprint when displayed.

Round 2 President and CEO, Tom Lowe said “We are truly excited that the Space: 1999 Eagle is the first all-new MPC sci-fi product to be produced in some time. Modelers can expect the same quality and attention to detail they’ve come to know in all of our MPC, AMT and Polar Lights model kits.”

The precisely detailed model is based on the “hero” miniature used in Gerry and Sylvia Anderson’s television program. At nearly 22” long, it is ˝ the size of the original model and is considered to be 1/48 scale. The kit is based on exhaustive research of the original miniature provided by visual effects professional and Space: 1999 model documentarian Chris Trice along with CAD modeler Daniel Prud’homme.

The new 1:48 scale Space: 1999 Eagle Transporter model kit is scheduled to be available in November, 2015 with a suggested retail price of $120. The kit will be available through most online and brick and mortar hobby retailers. Some retailers are taking advance pre-orders now. 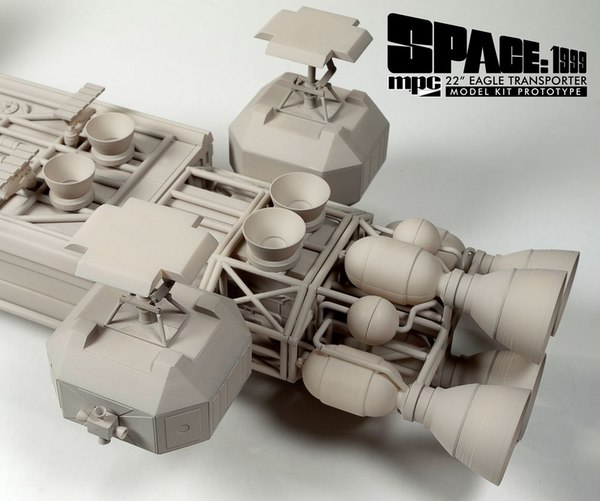 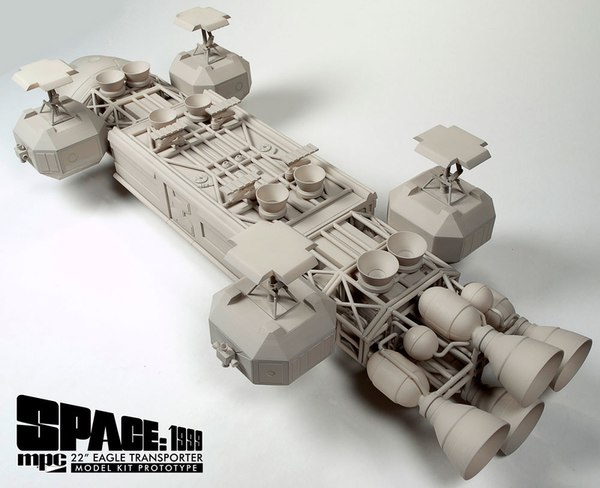 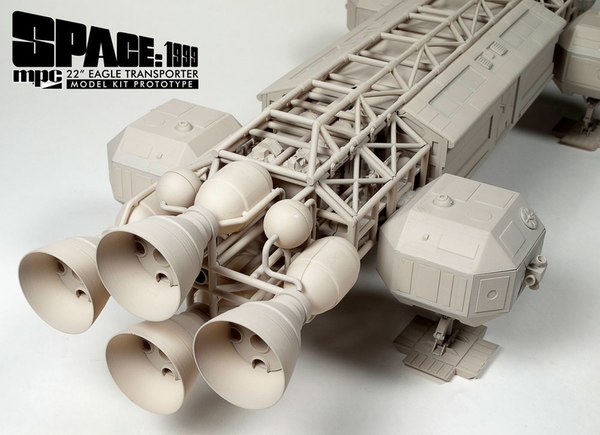