Round 2
by Jay Cochran
June 01, 2012
Polar Lights, a brand of Round 2, LLC, under a licensing agreement with Warner Bros. Consumer Products, is excited to announce the release of two kits based on the classic science fiction film “Forbidden Planet.” Robby the Robot is being updated with new parts to pose as depicted in the iconic poster for the film, and is now carrying the film’s heroine, Altaira. The flying saucer from the film, the C-57D, is being offered for the first time in a bookshelf-scale kit at 1:144 scale.

“‘Forbidden Planet’ is a forerunner in the science fiction genre, and has been a popular subject for model building for years now,” said Senior Designer, Jamie Hood. “These kits give seasoned modelers a chance to recreate classic characters from the film, and also help younger
generations learn more about what inspired the science fiction of today.”

The Robby the Robot Movie Poster Edition kit will feature updated legs and arms along with a new rocky base to stand the model on, and all-new parts will be sculpted to create a figure of the movie’s heroine, Altaira. The Robby the Robot kit will come with a full-color backdrop to display behind the model, effectively creating the movie poster in three dimensions. Robby the Robot will be molded in white plastic with some clear parts.

The C-57D flying saucer kit builds to a finished size of 12” - perfect for display! The ship can be built either in a flying or landing position. The parts will be injected in gray plastic, with a clear lower dome.

Watch for these two “Forbidden Planet” kits in fall of 2012! Available at your local hobby shop or at www.autoworldstore.com.
Image 1 of 2 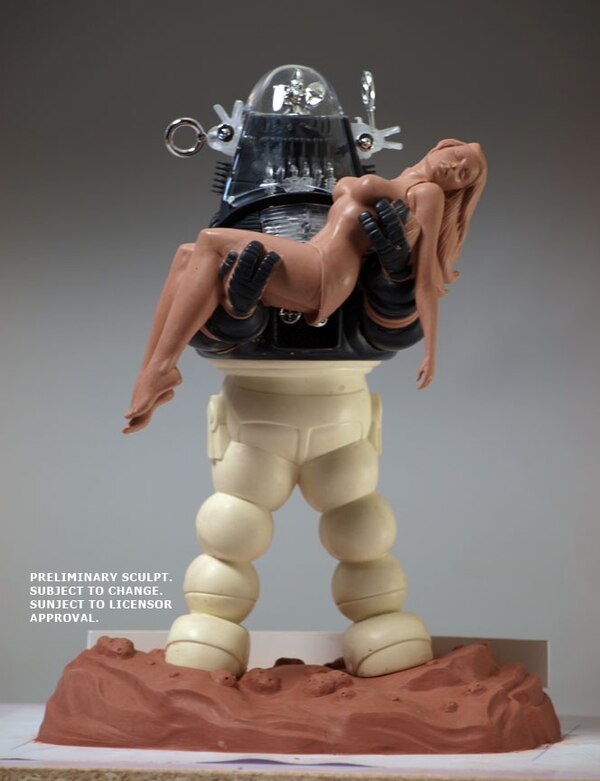 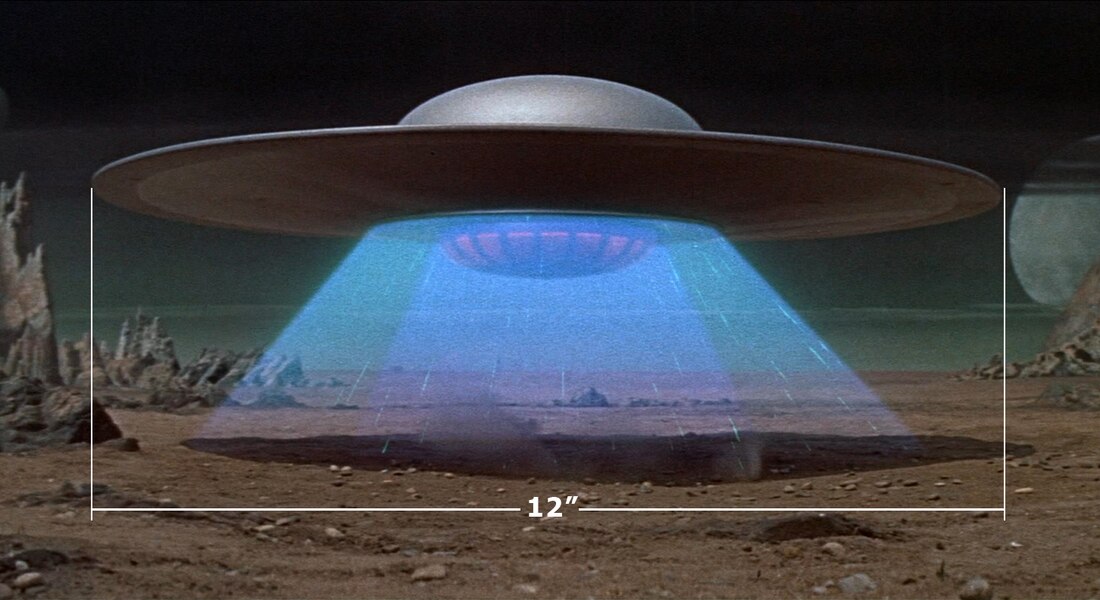