Chronicle
by Jay Cochran
October 10, 2018
When you’re choosing the ultimate pose for a definitive statue of Jurassic Park’s Dr. Ian Malcolm, there’s one iconic image of the film’s “rock star” that stands at the forefront. Of course, we’re talking about the shot where he’s lying down with his shirt unbuttoned while recovering from the T-Rex attack. Used in countless memes, this indelible image has been a fan favorite for years because it really captures the fun and sheer magnetism that actor Jeff Goldblum brings to this beloved character.

Whether you’re a fan of Jurassic Park or just Jeff Goldblum, this statue makes for the perfect collectible to display in your home, office, or Jeff Goldblum shrine. Just imagine what your friends, family, and co-workers will say when they see this large and imposing statue of Dr. Malcolm.

Made to exacting detail to include the specks of blood on his chest and hand, this amazing 1/4 scale Dr. Ian Malcolm statue also features a scene-specific circular base with a cutaway revealing dinosaur fossils buried underneath. This base makes it the perfect companion to the 1/4 scale Dr. Alan Grant statue. You can pre-order this statue now at BigBadToyStore.com.
Image 1 of 9 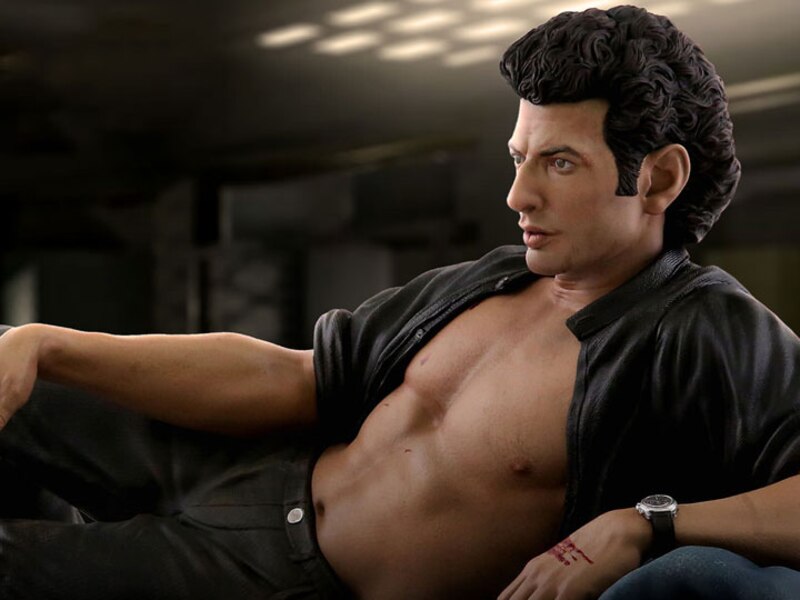 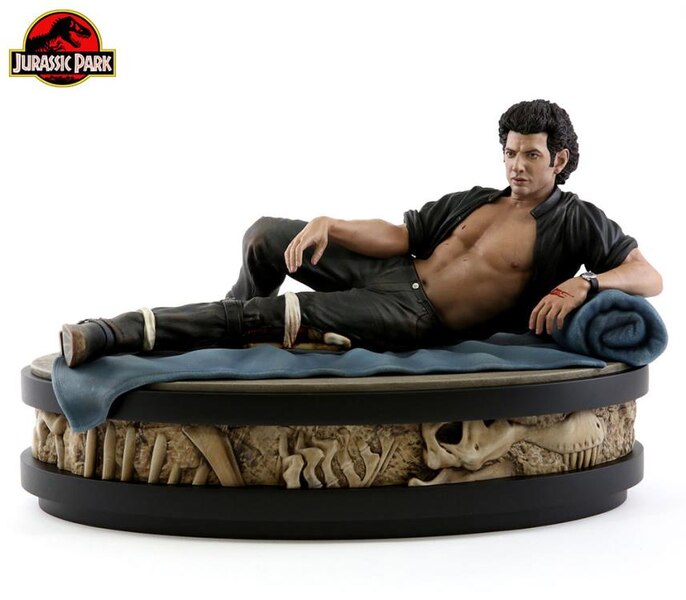 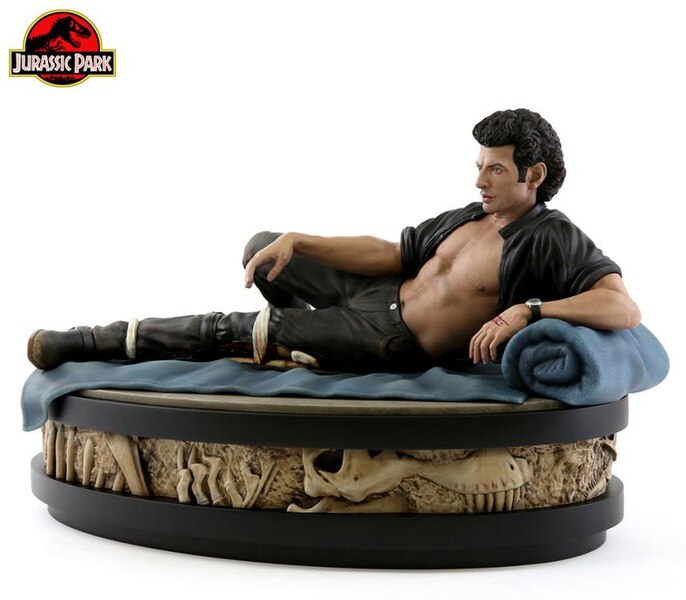 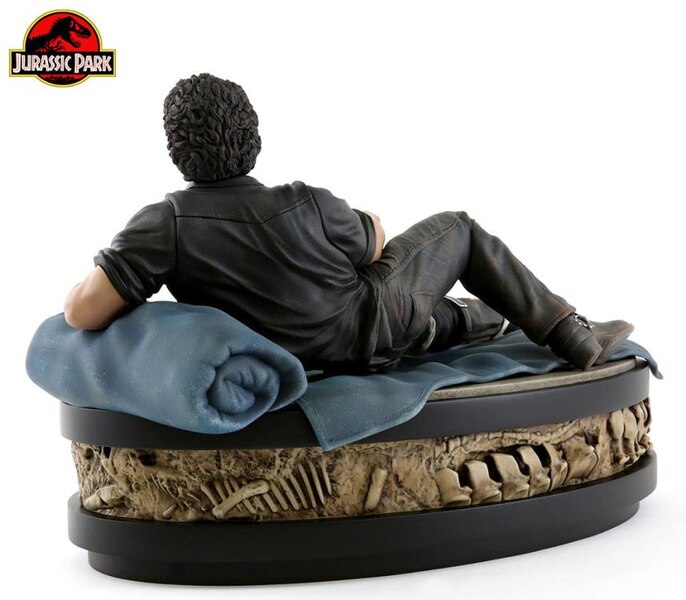 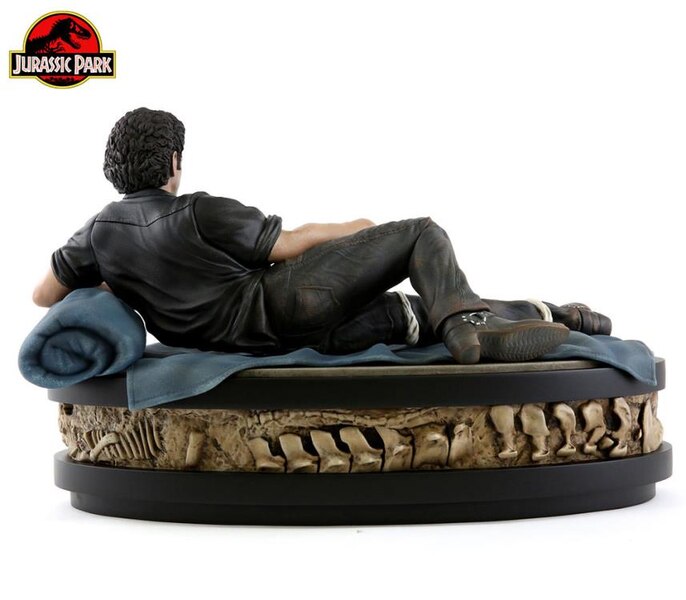 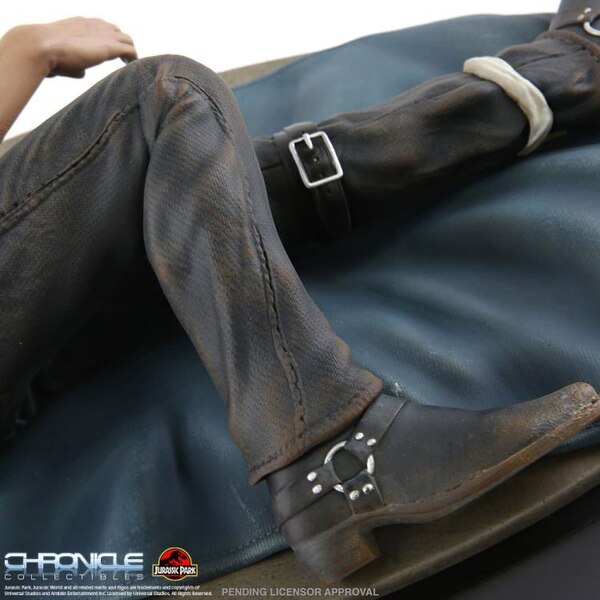 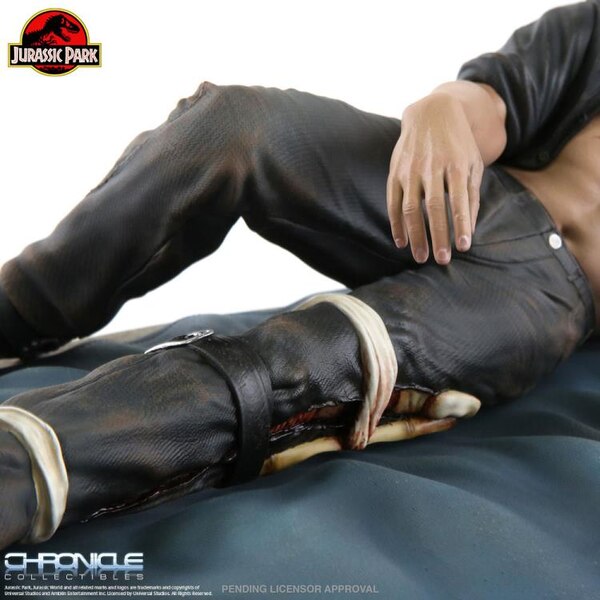 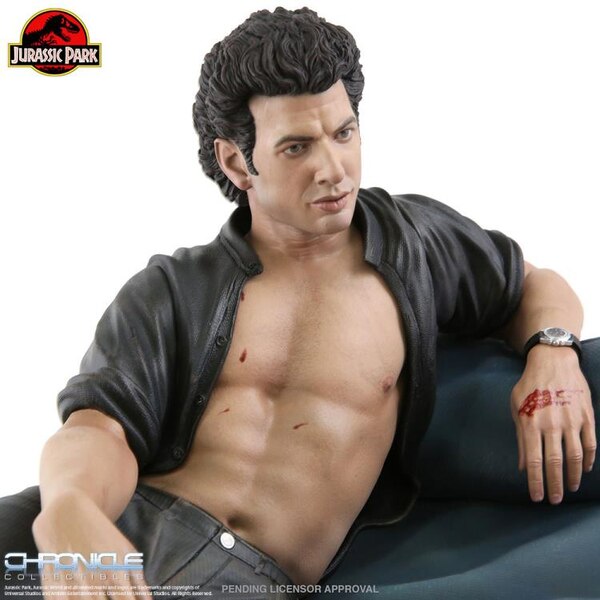 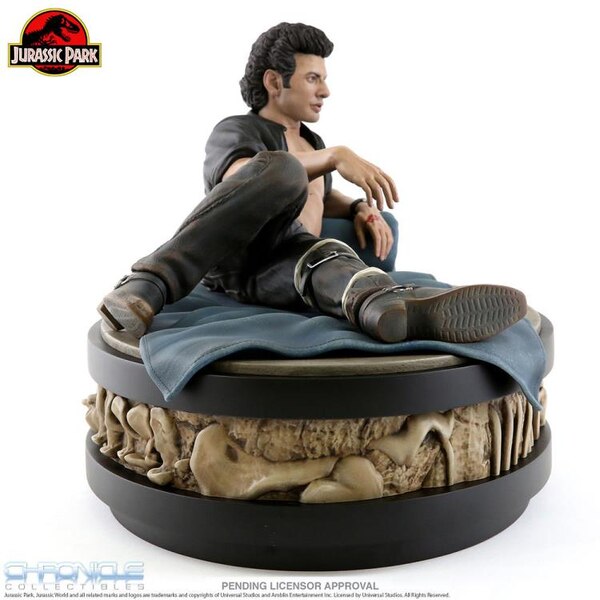 If I were into statues, I'd probably get this. But I'm not so I won't.

Ladies and Gentlemen, I give you the Jurassic Park franchise's equivalent of Slave Leia.

I had absolutely no idea shirt-open Jeff Goldblum was a thing until I saw Jurassic Park re-release in theaters several years ago. All of a sudden this scene comes on and all of the women in the theater are squealing and swooning. I'm sitting there like, "Wait....what? What happened?" Because the last time I had seen the movie I was 10 and all notions of movie star sex symbols were completely over my head. The fact that he was posed draped over the couch and his shirt open for no reason at all never even registered.

I guess companies have plants in movie audiences all over the world on the look out for reactions like those described above. You never know when a several hundred dollar statue will be warranted.

This will give people nightmares & for other's this is what they needed all along....I'm disturbed that they made this & no one thought make a Gina Davis in bikini from Earth Girls are Easy.....God help us if they make a statuette of the Giant pile of Triceratops Poo & Dr. Ellie Sattler....wonder what this will go for Clearance Clarence on the BBTS website in a few months?...just askin for a friend.....I think I know what YoJoeBro is getting for Xmas this year....

insert "but why?" gif here. Also he looks nothing like Jeff Goldblum. Bad sculpt is baaaaaddd.

Okay, call me crazy... I do see alittleof Jeff Goldblum in this thing. But, more so, especially that close up shot, am I reminded of bloody Frank Stallone.? 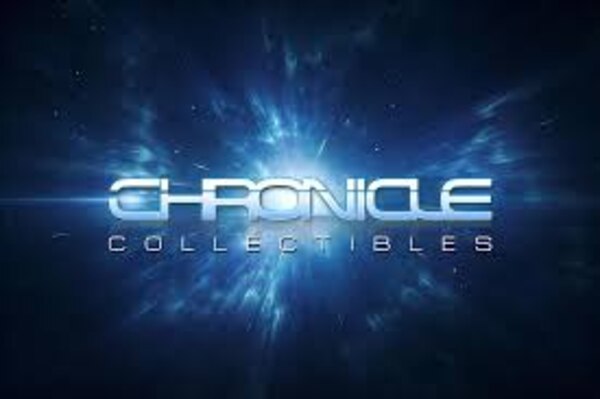 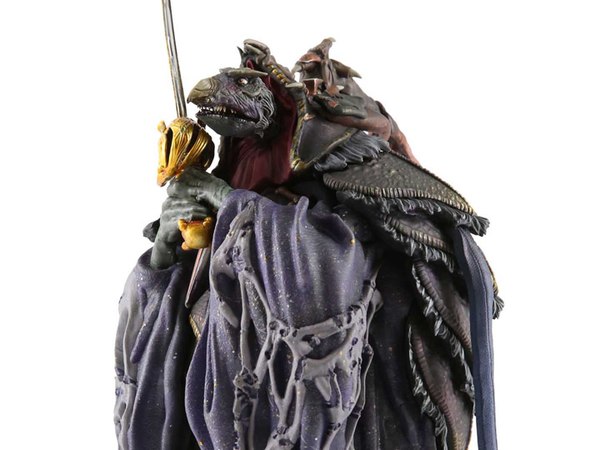 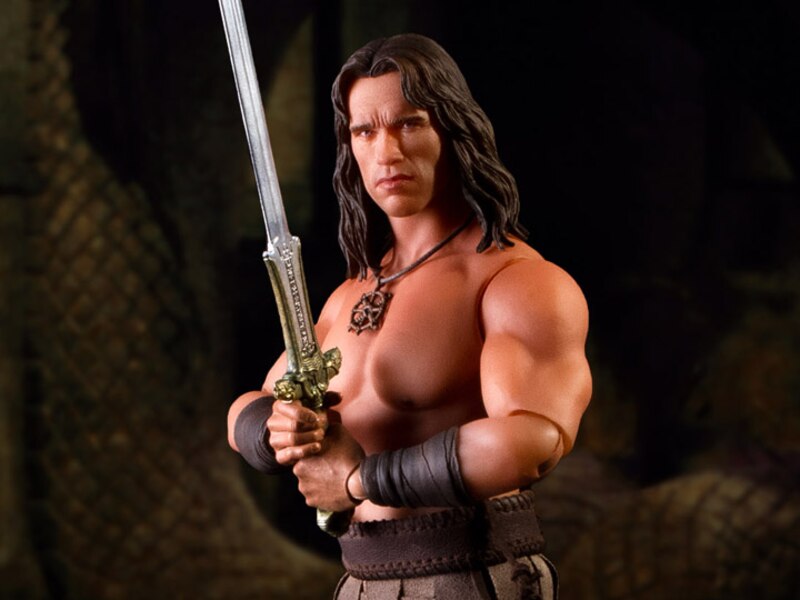 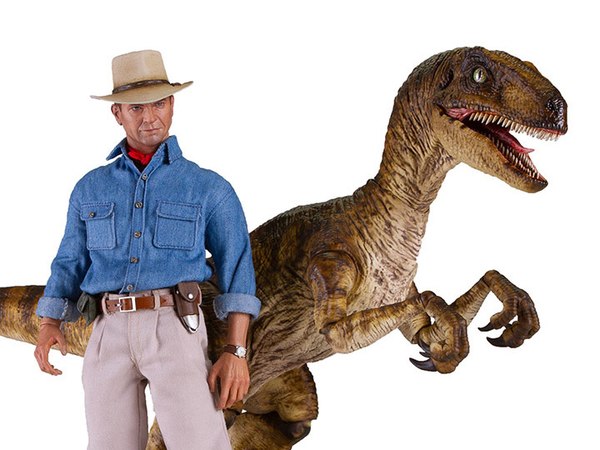 Star Trek: The Original Series Cat Statues Going Where No Feline Has Gone Before 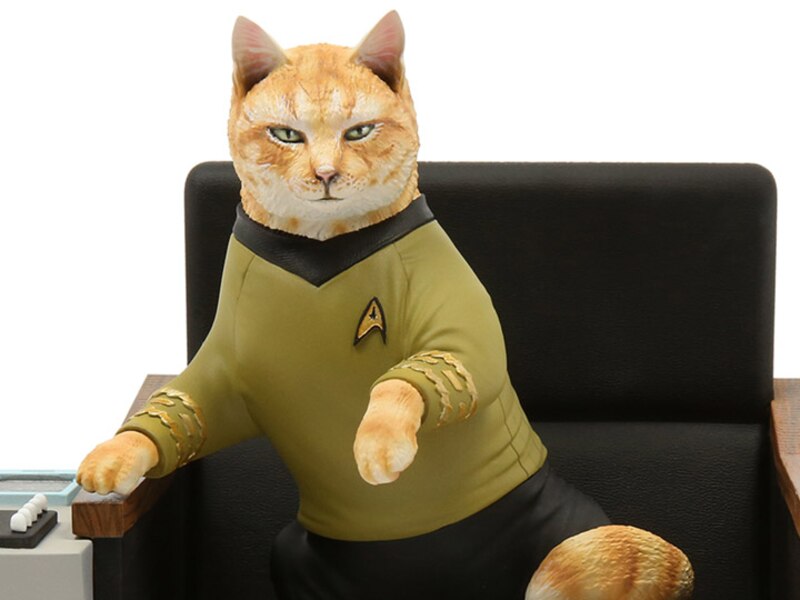