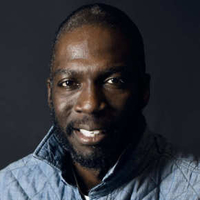 Warner Bros,' big-screen adaptation of The Flash has lost its second director as Rick Famuyiwa has parted ways with the studio over 'creative differences.'

Famuyiwa took over the project since June after Seth Grahame-Smith, who wrote the script and was attached to direct exited. Grahame-Smith was working off a treatment by Phil Lord and Christopher Miller.

The movie stars Ezra Miller as Barry Allen, was in pre-production as it headed towards a March 2017 start date with a release date of March 16, 2018.

"When I was approached by Warner Bros and DC about the possibility of directing The Flash, I was excited about the opportunity to enter this amazing world of characters that I loved growing up, and still do to this day," said Famuyiwa in a statement to sources.

"I was also excited to work with Ezra Miller, who is a phenomenal young actor. I pitched a version of the film in line with my voice, humor, and heart. While it’s disappointing that we couldn’t come together creatively on the project, I remain grateful for the opportunity. I will continue to look for opportunities to tell stories that speak to a fresh generational, topical, and multicultural point of view. I wish Warner Brothers, DC, Jon Berg, Geoff Johns, and Ezra Miller all the best as they continue their journey into the speed force."