Entertainment
by Outsiders
August 25, 2017
First, the new promotional video below, "Save The Day," features highlights to the new seasons for The Flash, Arrow, Supergirl and DC's Legends of Tomorrow.

Now, I know we have talked about crossovers before but Riverdale showrunner Roberto Aguirre-Sacasa posted a tweet showing Supergirl's Melissa Benoist, in full Supergirl costume, on the Riverdale set, sharing a booth at Pop’s with stars Lili Reinhart (Betty) and Camila Mendes (Veronica).

Look who dropped in to #Riverdale for a visit! Worlds colliding!! Can a crossover be far behind?? pic.twitter.com/E8Jf7UW3L2

The showrunner followed it up with "Can a crossover be far behind??"

I wouldn't put anything into it until something official is announced so I would go with Benoist stopped by the set as a friendly visit or it's going to be filmed for some type of promo.

Speaking of Riverdale, we also have a new promotional poster for the new season which premieres on October 11th. 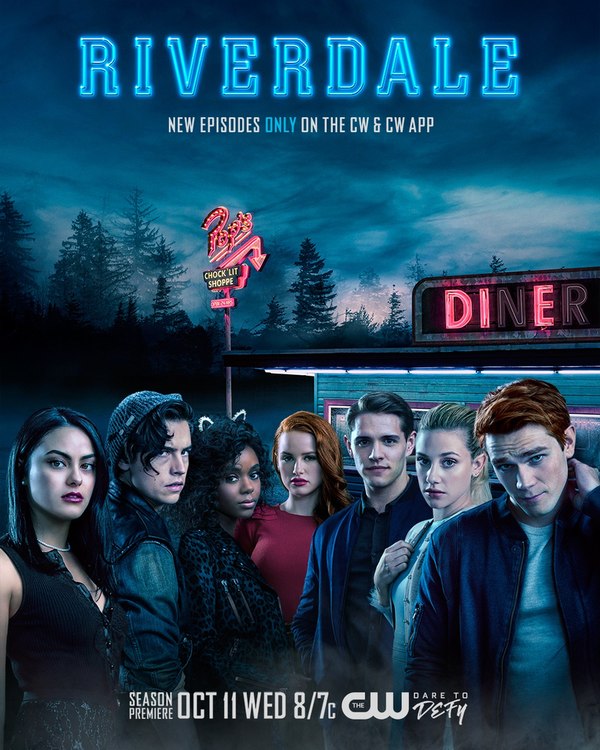 Search Online Stores for DCTV 'Save The Day'