Entertainment
by Outsiders
May 16, 2018
Just in time for the fifth season premiere of the highest-rated series on The CW, you will be zooming into stores to pick up The Flash: The Complete Fourth Season as Warner Bros. Home Entertainment releases the Blu-ray and DVD on August 28, 2018. With nearly 4.2 million weekly viewers, The Flash is currently The CW's highest-rated series. (Source: Nielsen National TV View, 2017-18 broadcast season to date (09/18/2017 - 03/18/2018), Live + 7 Day ratings; excluding movies, sports, repeats, specials, less than 3 telecasts.) Fans will be able to catch up on the fourth season as they speed-watch all 23 electrifying episodes, including the epic DC Crossover, new featurettes, the series' 2017 Comic-Con Panel and more. The Flash: The Complete Fourth Season is priced to own at $49.99 SRP for the DVD, and $54.97 SRP for the Blu-ray which includes a Digital Copy.

When a powerful villain threatens to level the city if The Flash doesn't appear, Cisco risks everything to break Barry out of the Speed Force. But this is only the first move of a life-or-death chess game with Clifford DeVoe, aka The Thinker (Neil Sandilands), a mastermind who's always ten steps ahead of Barry, no matter how fast he's running. Shocking surprises come fast and furious in all 23 action-packed adventures featuring The Fastest Man Alive.

"After four seasons on the air, The Flash continues to be the one of the most popular shows on The CW," said Rosemary Markson, WBHE Senior Vice President, Television Marketing. "We're thrilled to offer loyal fans 25 hours of entertainment with the complete fourth season and captivating extra content."

With Blu-ray's unsurpassed picture and sound, The Flash: The Complete Fourth Season Blu-ray release will include 1080p Full HD Video with DTS-HD Master Audio for English 5.1. In addition to featuring all 23 episodes of season four in high-definition as well as a digital copy of the season, the 4-disc Blu-ray will also include all four crossover episodes, a tremendous value and collectors opportunity.

"The Flash Reborn"
"Mixed Signals"
"Luck Be A Lady"
"Elongated Journey Into Night"
"Girls Night Out"
"When Harry Met Harry…"
"Therefore I Am"
"Crisis on Earth-X: Part 3"
"Don't Run"
"The Trial of the Flash"
"The Elongated Knight Rises"
"Honey, I Shrunk Team Flash"
"True Colors"
"Subject 9"
"Enter Flashtime"
"Run, Iris, Run"
"Null and Annoyed"
"Lose Yourself"
"Fury Rogue"
"Therefore She Is"
"Harry and the Harrisons"
"Think Fast"
"We Are The Flash"

The Best of DC TV's Comic-Con Panels San Diego 2017
Inside the Crossover: Crisis on Earth-X
The Elongated Man
Flash Time on Amunet Black with Katee, Eric and Sterling
The Fastest Mind Alive: The Thinker

About DC Entertainment
DC Entertainment, home to iconic brands DC (Superman, Batman, Green Lantern, Wonder Woman, The Flash, etc.), Vertigo (Sandman, Fables, etc.) and MAD, is the creative division charged with strategically integrating across Warner Bros. and Time Warner. DC Entertainment works in concert with many key Warner Bros. divisions to unleash its stories and characters across all media, including but not limited to film, television, consumer products, home entertainment, and interactive games. Publishing thousands of comic books, graphic novels and magazines each year, DC Entertainment is one of the largest English-language publishers of comics in the world. THE FLASH and all related characters and elements are trademarks of and (c) DC Comics. 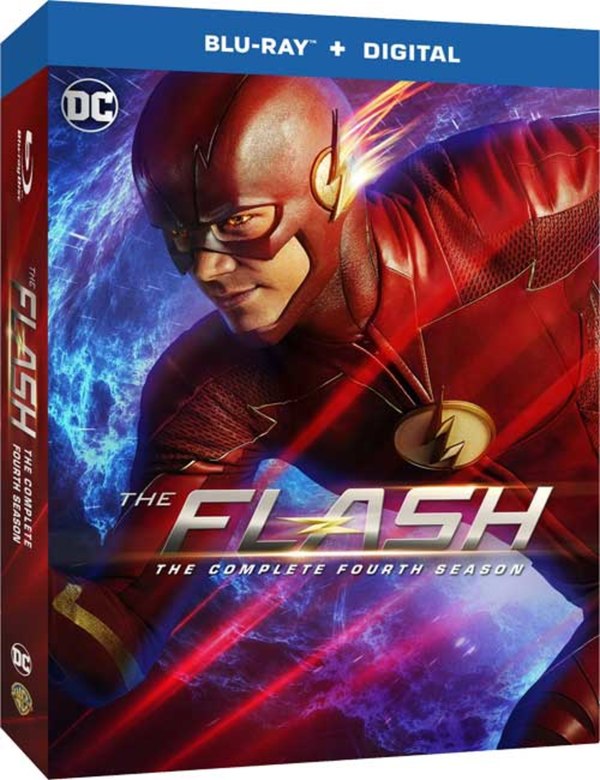 Search Online Stores for The Flash - The Comp