Entertainment
by Jay Cochran
June 28, 2018
DC announced their new streaming service which you can catch all the official details for below, but one thing to note for action figure collectors is the announcement of exclusive Justice League Animated figures being offered through this new service. We hope to have more details on these to share with you soon so stay tuned and check out the entire press release below:

DC UNIVERSE is a first-of-its-kind digital subscription service that gives fans access to exclusive content and experiences not available anywhere else. With membership, fans will enjoy all-new original live-action and animated series, classic TV series and films, a curated selection of digital comic books, breaking news, an expansive DC-centric encyclopedia, and access to exclusive merchandise. Additional fan features include opportunities to connect with others in the DC community, earn premium rewards and participate in sweepstakes and contests.

- WATCH exclusive originals and classic favorites;
- READ from an extensive list of curated comic books;
- CONNECT with the DC community;
- EXPLORE the latest breaking news and the ever-expanding DC encyclopedia;
- WIN premium rewards and participate in sweepstakes and contests;
- SHOP for exclusive merchandise.

Fans can sign up today for an opportunity for beta access, which will open in August 2018. Beta access will give members a chance to test the new digital experience and provide valuable feedback on the early version of the service before it goes live later this fall 2018.

“DC UNIVERSE is so much more than a streaming service. It’s a welcoming place for everyone to immerse themselves in their own level of DC fandom, with the epic characters, stories, and experiences they have come to expect from DC,” said Jim Lee, chief creative officer and publisher, DC Entertainment. “We are investing in and creating original, high-quality shows including the new Titans series, and curating the most beloved nostalgic content, while at the same time elevating the comic reading experience to new heights. Nothing this robust has ever been offered to fans before.”

WATCH
At the heart of DC UNIVERSE will be all-new exclusive original live-action and animated series based on DC’s iconic characters. Developed by Warner Bros. Television, Swamp Thing and Doom Patrol are scheduled to debut in 2019, following the dramatic, live-action adventure series Titans which premieres later this year. Warner Bros. Animation is also developing a slate of animated TV series based on existing fan favorites, including Harley Quinn and the highly anticipated third season of the popular Young Justice: Outsiders animated series which are both scheduled to debut in 2019.

- Titans follows young heroes from across the DC Universe as they come of age and find belonging in a gritty take on the classic Teen Titans franchise. Dick Grayson and Rachel Roth, a special young girl possessed by a strange darkness, get embroiled in a conspiracy that could bring Hell on Earth. Joining them along the way are the hot-headed Starfire and loveable Beast Boy. Together they become a surrogate family and team of heroes.

- Doom Patrol is a reimagining of one of DC’s strangest group of outcasts: Robotman, Negative Man, Elasti-Woman and Crazy Jane. Led by the mysterious Dr. Niles Caulder, they're called into action by the ultimate hero for the digital age, Cyborg. Banding together these rejects find themselves on a mission that will take them to the weirdest and most unexpected corners of the DC Universe.

- Swamp Thing follows Abby Arcane as she investigates what seems to be a deadly swamp-born virus in a small town in Louisiana but soon discovers that the swamp holds mystical and terrifying secrets. When unexplainable and chilling horrors emerge from the murky marsh, no one is safe.

- Young Justice: Outsiders features the return of the fan favorite animated series with a huge cast of DC's most iconic young superheroes - plus brand-new characters, many of whom are just discovering their unique meta-powers and special abilities. Set against the backdrop of a rich, deep world that touches all corners of the DC Universe, the season focuses on meta–trafficking, and an intergalactic arms race for control of these super–powered youths.

- Harley Quinn follows Harley’s adventures after she breaks up with the Joker and strikes out on her own in this new adult animated comedy. With the help of Poison Ivy and a ragtag crew of DC castoffs, Harley tries to earn a seat at the biggest table in villainy: the Legion of the Doom.

An assortment of DC’s most beloved superhero films will also be available at launch for exclusive streaming windows, including all four original Superman movies as well as a selection of epic animated movies including Justice League: The Flashpoint Paradox, Green Lantern: First Flight, and Wonder Woman. The service will also feature classic TV shows, including the first two seasons of Batman: The Animated Series and the original Wonder Woman series available for the first time in HD.

READ
The DC UNIVERSE comics reader will include native, untethered access across devices from a smartphone or tablet to a living room screen rendered in vivid detail. Fans can scroll through some of their favorite comics from the comfort of their couch with family or friends and see this vibrant art form come to life like never before. A curated selection of thousands of DC comics will be available to DC UNIVERSE members from a library that includes decades of comics creations.

Members can read some of the most famous stories in comic book history such as the first 1938 Action Comics that introduced Superman to the world as well as Detective Comics #27 which first introduced Batman in 1939. Other titles include Geoff Johns and Jim Lee’s iconic Justice League (2011), Swamp Thing (2011) written by Scott Snyder, and Harley Quinn (2013) written by Jimmy Palmiotti and Amanda Conner. Rotating selections will cater to both members new to comics and passionate fans looking for hard-to-find titles. Comics can also be downloaded for reading offline on a smartphone or tablet.

“We wanted the DC UNIVERSE comic reader to be a blend of art and technology that would further enhance fan’s experiences of the live-action and animated programming on DC UNIVERSE,” said Dan DiDio, publisher, DC Entertainment. “This hand-curated selection from our decades of comic creations gives fans a thematic digital longbox to carry with them on the device of their choosing or lets them watch exclusive video content on a big screen followed by the comic that inspired it.”

CONNECT
The community within DC UNIVERSE will be a place where members can rate, create and share their own personalized playlists of their favorite heroes and villains. Members can personalize their profile and select their own avatar, be it Superman, Wonder Woman, or another heroic character or symbol. Designed to be a place for finding commonality and sharing favorite rivalries or the latest list of must-read comic books, members will have a forum for posting information, finding friendship and sharing their DC passions in a shared, moderated space within DC UNIVERSE.

EXPLORE & WIN
Latest news, an extensive DC encyclopedia, and chances to win round out the membership benefits of DC UNIVERSE. Short-form news, interviews and previews in daily video segments will keep fans up-to-date on the latest from all corners of the DC Universe. The ever-expanding DC encyclopedia, to which fans can contribute, will house bios of hundreds of DC characters and places. In addition, members will have chances to win premium rewards, including game unlocks, first-chance access to pop-culture events, exclusive experiences and more.

SHOP
Exclusively for DC UNIVERSE members, DC Collectibles—the award-winning line of collectibles from DC Entertainment—will offer a wide range of new action figures and collector’s items based on DC’s iconic characters and stories. Members will have exclusive access to all-new six-inch Justice League Animated action figures based on designs from the fan-favorite animated series (2001-2004), starting in fall 2018. In addition to DC Collectibles, members will have access to a wide range of exclusive, curated and hard-to-find DC merchandise from a variety of licensing partners before the rest of the world.

The operation of DC UNIVERSE will be managed by Sam Ades, general manager and senior vice president, Warner Bros. Digital Networks, based in Burbank. The digital media executive formerly served as the senior vice president, direct to consumer, for DC Entertainment, where he was responsible for creating and executing DC’s digital marketing strategy.

DC UNIVERSE will be available in the United States at launch on iOS, Android, Roku, Apple TV, Amazon Fire TV, and Android TV, as well as the web and mobile web. visit DCUNIVERSE.com
Image 1 of 2 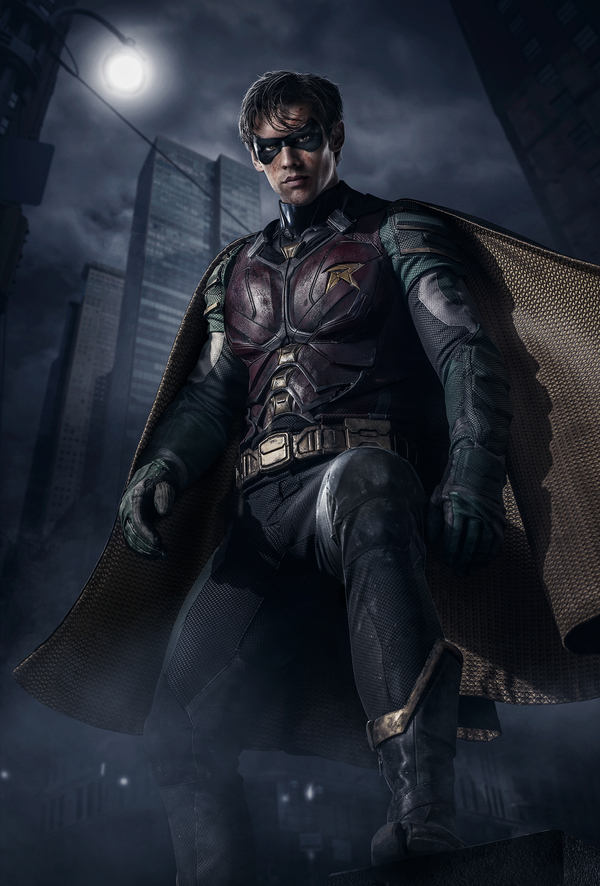 I forgot to ask if you had any more word on this and specially about the JL action figures.